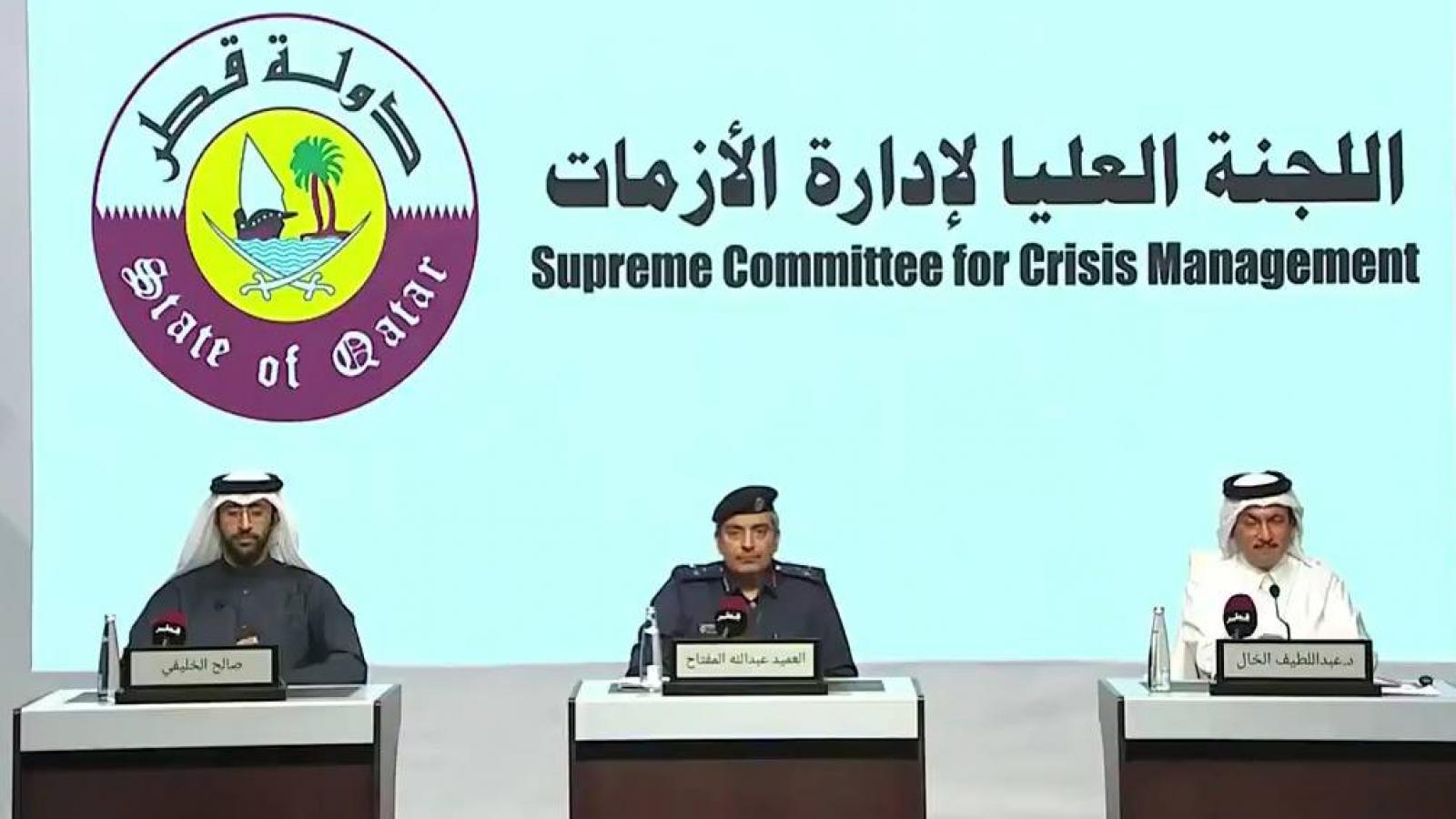 In a joint press conference by the Supreme Committee for Crisis Management, announced the four-tier plan to reimpose COVID-19 restrictions.

Qatar has previously managed to stabilize the pandemic, however, the past few weeks have seen a rising number of cases indicating a possible second wave of COVID-19, said Dr. Abdullatif Al Khal, Chair of the National Health Strategic Group on COVID-19 and Head of Infectious Diseases at Hamad Medical Corporation.

As per the indicator, the Ministry of Public Health (MoPH) will monitor the situation. Accordingly, the MoPH will impose or remove COVID-19 restrictions. The rising number of cases is due to social gatherings. However, the infection rate at public places is still limited.

It was decided to implement most of the restrictions from the second level of the plan, with some exceptions.

Dr. Abdullatif Al Khal further stated that the ministry adopts six indicators to measure the extent of the virus’s spread and to take appropriate decisions - the overall rate of positive daily examinations, the percentage of positive screening in randomized surveys, the number of severe injuries daily that are hospitalized, the number of daily critical cases admitted to intensive care units, a 14-day cumulative incidence rate per 100,000 and reproductive number.

Additionally, Dr. Abdullatif Al Khal said the COVID-19 virus is mutating during its transmission from one person to another, which leads to new strains, as two new strains were detected in the UK and South Africa. Two new strains reached other GCC countries and it is highly likely that they reached in Qatar.

He further warned that it is not clear the size of the second wave but taking precautionary decisions and community cooperation will curb the intensity of this wave.

Police patrols on roads and neighborhoods will be increased to catch those violating precautionary measures, said Brigadier Abdullah Khalifa Al Muftah, Director of the Public Relations Department at the Ministry of Interior (MoI).

“The total number of violators of the precautionary measures reached 14513, including nearly 10,000 violators in the past three months alone,” added Brigadier Al Muftah.

From next Sunday, applications must be submitted to hold wedding events, he added.

Saleh bin Majid Al-Khulaifi, Acting Undersecretary for Trade Affairs from Ministry of Commerce and Industry (MoCI) encouraged shops and businesses to increase e-commerce services as much as possible and support companies in completing this vital trend.

Earlier today, the State Cabinet had announced that a 32-point plan will be imposed starting February 4, 2021.