Middle East is losing its charm as a preferred destination for migrant workers of major manpower exporting countries in Asia.

This is largely due to relatively lower wages, hints a report on workers’ recruitment commissioned by Qatar Foundation released earlier this week.

Wages, particularly in the GCC states, have stagnated leading to lower recruitment fees than for regions like Europe, and some Asian nations like Japan, Korea, Malaysia and Singapore.

So those who are still prepared to work in Qatar may be less informed, deceived and the poorest who are willing to accept the jobs available and affordable, notes the report.

Interestingly, some migrant workers may not even know which country they are going to until the last minute. “Some accept that the recruitment agency will decide their destination.”

Some labour supply companies in Doha interviewed for the above report said that workers from Nepal were not interested to come to Qatar because of low wage levels. “They are now more interested in Malaysia and Singapore,” said the report.

For Philippines, it is not worth bringing low-skilled Filipinos because of the costs to a company. So, skilled workers from there are preferred.

When asked about the observation that salaries among nationalities might vary in Qatar even for the same job, the answer was that it is merely a market practice.

Asked about the salary grading, it was explained that Filipinos were on the top, followed by Indians and Sri Lankans, while Nepalis and Bangladeshis were on the same rung.

According to the report, workers for the construction sector in Qatar are hard to find in Sri Lanka. This is because of large infrastructure development projects going on in the island nation after the end of the ethnic war.

The tourism and hospitality industries are also developing in Sri Lanka, said the Qatar Foundation report.

The Peninsula | Photo by Nizin Nazar

HaHaHaHaHaHaHaHa... That's a good one there "npers07". A system that leaves you with little or no option indirectly tells you that you are desperate to them.

HaHaHaHaHaHaHaHa... That's a good one there "npers07". A system that leaves you with little or no option indirectly tells you that you are desperate to them.

One of the subcontracting company asked me some referrals for their new business and they defined the salary of 1000 QR and OT depends... with accommodation and transport, but no food and weekly 1 day rest. He has to die to save each penny so his / her family can live quite comfortable life back in his home town, losing the real happiness life given by nature. That created a feeling in me that he / she could have been born as a dog or cat to live happy life.

The good thing in middle east (qatar) is the 0% tax, and the bad thing is the discrimination & bad weather ofcourse the worst thing in qatar is khaliwali is here.

The first people that realize Middle East is no longer an option are the Africans. For the past 08 months, more than 4000 Africans have left the country for good and not close to 500 have entered the country during the same period.

The problem in Africa is high unemployment rate but after securing a job, its more better than Qatar or Middle East. Concerning Nepalese/Bangladesh, it is rightly said above. Many of them are running to Malaysia/Singapore which is not only good but far better than Middle East.

Paul , You said Khalli is a troll ! Anyhow his contributions won't be ignored so grossly by his buddies.

By paulobanez• 7 years 11 months ago.

Don't listen to any comments, suggestion of khaliwali, he is a troll on QL, whose Qatari will work for a maid, foreman, electrician, mason, security guard, mechanic, taxi driver, tea boy, office boy, and if there is, how much the salary would be? face the reality, Qatar is running because of expats (indian,nepal, and others)

This Fact Will not Change,Until the Authority Realize!!!!!!!!!!!, As Long As their behaving(Human to Human) to Expat people Like Slave or not liking pet, They will have bad future Soon,,,,,,

That is just a mis-perception. 3 of my freinds got visa on pak passports in last 2 months.

Pakistanis can't get visas so the salary is zero.

Ssshhhh.... don't talk about how other workers from India and Pakistan and Bangladesh and Nepal don't want to work in Qatar. That will make all those who are already here get defensive and angry at themselves.

By friendlyme• 7 years 11 months ago.

I hope you are right so I don't have to rely on foreign labour. I need a Qatari housemaid, where should I advertise?

By Qatar Living·0·6 days 20 hours ago
Wondering where to take your kids this summer? Here's a fun list of entertainment centers for kids in Qatar!

By Qatar Living·0·4 days 21 hours ago
This summer 2022, try out the most trending ice creams in Qatar. Check out the ones listed here!

By QLNews·0·5 days 16 hours ago
Guidelines for the upcoming Eid vacations by Hamad International Airport to ensure a smooth travel experience through the airport.

By eShops·0·5 days 17 hours ago
Scented candles, custom candles, or vegan candles, find all from these stores in Qatar

By Qatar Living·0·4 days 22 hours ago
Communication is important, and this is especially true when it comes to the workplace. One of the most significant ways for colleagues to communicate is through email.

By Qatar Living·0·1 week 15 hours ago
Qatar is host to some of the most scenic beaches with some of the best memories of locals and expats being made here. From spotting marine life to camping on the beach, public beaches have always been popular in the country. 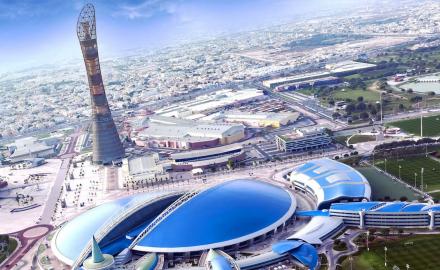 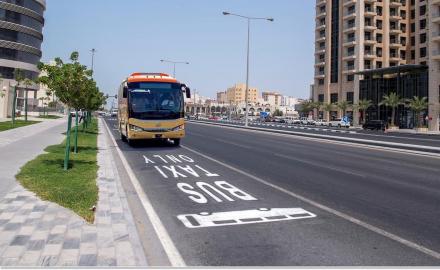