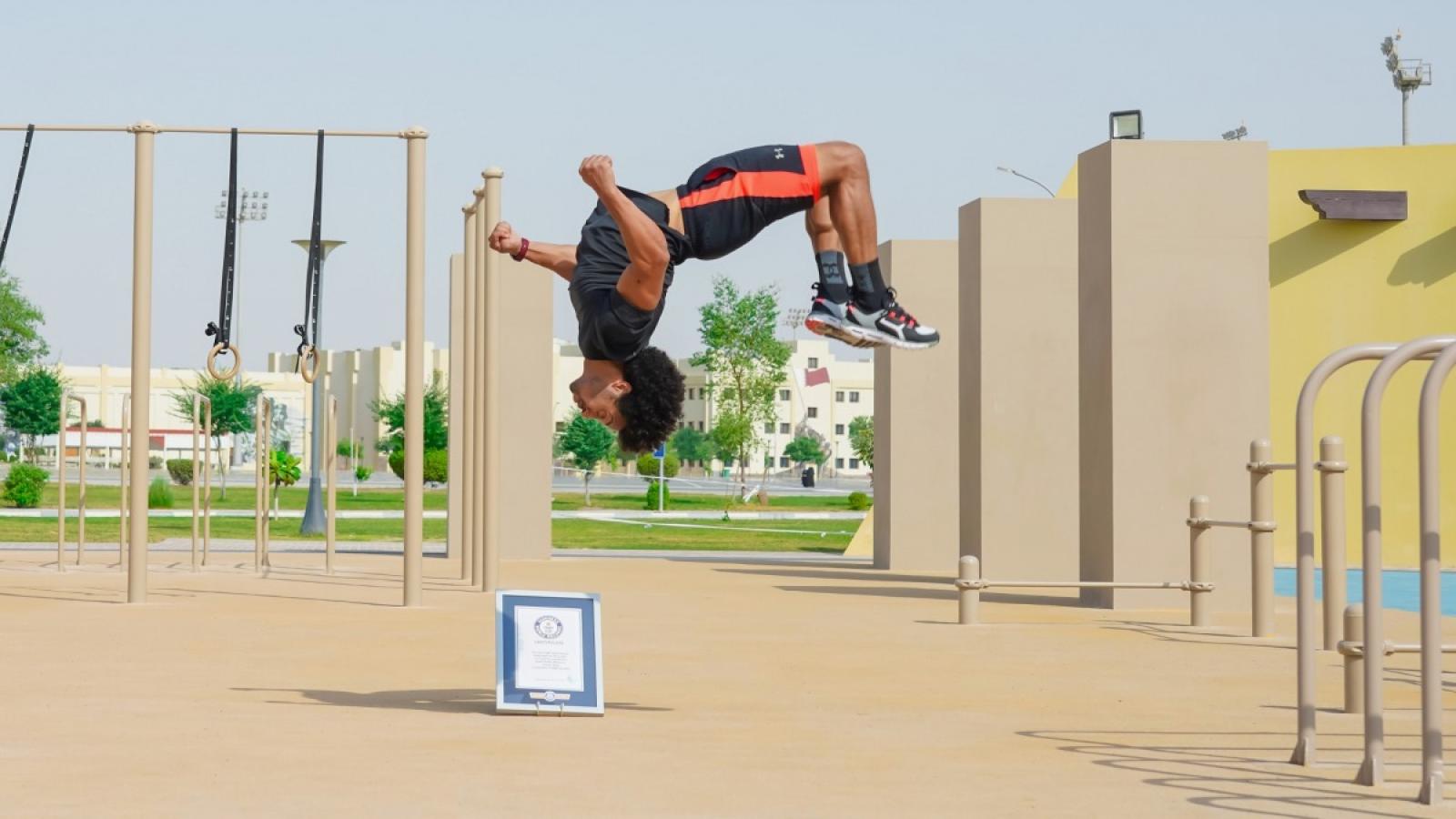 Doha-based experienced gymnast Ayoub Touabe has set the bar for the most single leg backward somersaults within 30 seconds, performing a total of 12 somersaults.

Ayoub noted that this has been a personal goal of his and is the result of many years of training and hard work, thanking all those who believed in him.

Even for seasoned gymnasts, the somersault motion puts a lot of pressure on a single leg and the lower back, making it difficult. Ayoub explained that the movement requires a combination of strength and mobility, with multiple repetitions of specific exercises to develop muscle memory. 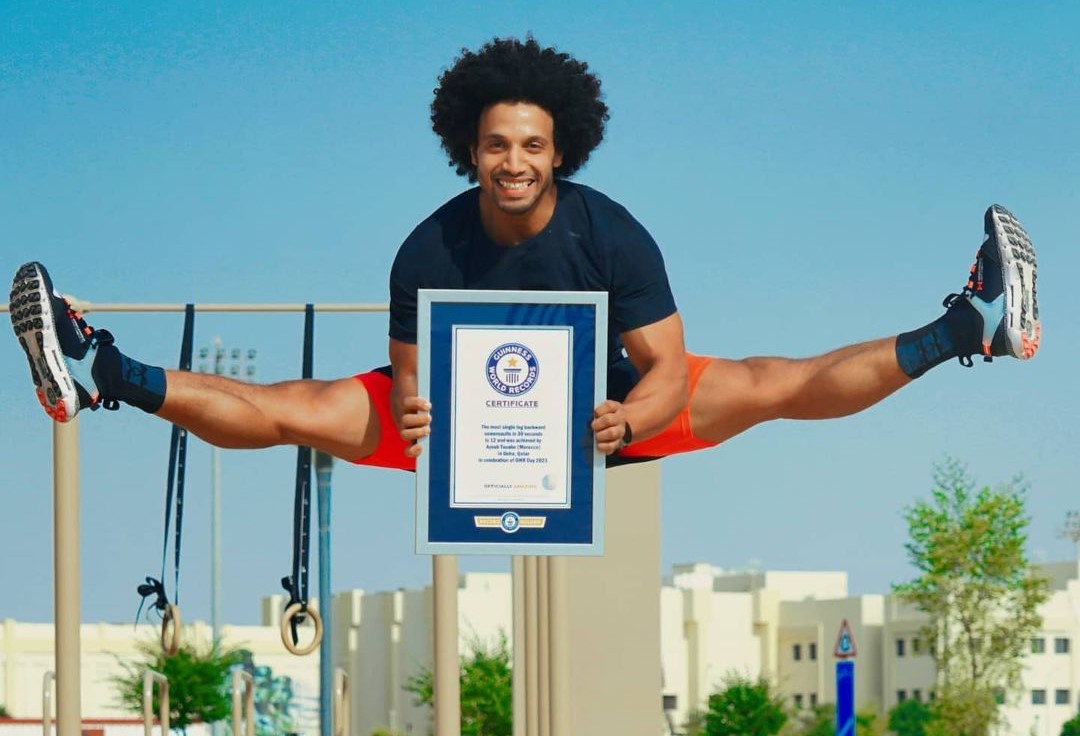 “I managed to do my first somersault in 2009, but it took me another 18 months to do another one consecutively. By 2011, I uploaded a video on YouTube doing 10 consecutively. After thorough research, I realized there is no one globally who can do as many,” he added.

Following this accomplishment, Ayoub has set a new aim for himself: to educate more people about the importance of participating in sports and to combat society's resistance to sports.

Ayoub is currently teaching gymnastics to individuals, and the most experienced pupil has already completed the first somersault.

Bodyweight freestyle is his coaching expertise. This exercise requires no equipment and emphasizes mobility, flexibility, and natural bodyweight strength.

Ayoub has also shared pictures of his proud achievement on his official Instagram page, stating that he now aims to break his own record in the future.