The road to 2022: A look at Qatar Tourism's extraordinary journey

From its humble, culturally rich origins as a pearling nation, today, Qatar is firmly set on the world tourism map and is set to become the region’s fastest growing tourism destination by 2030.

Although still firmly rooted in its unique heritage and culture, rapid economic growth in Qatar over the last few decades has seen a flurry of infrastructure spring from the surrounding desert, leading to the suite of world-class hotels and soaring skyscrapers that the country is now globally renowned for.

Preparations for the FIFA World Cup Qatar 2022™ tournament have ushered in a particularly impressive program of new hotels, public beaches, and malls in recent years, making its leisure and hospitality landscape virtually unrecognisable from the handful of original hotels and malls to open a few decades earlier.

Haya Al Noaimi, Head of the Promotions Sector, Qatar Tourism said: “Over the last few decades, Qatar has been on an incredible journey. From the small number of original 5-star hotels in the 1970’s and 1980’s, today there are endless options that span the length and breadth of the country. World-class assets, a safe environment, and a host of family friendly activities make Qatar a perfect choice for tourists of all preferences, and perfectly poised to meet its goal of welcoming six million visitors a year by 2030.”

In celebration of the country’s journey from its first mall to hosting the world’s largest sports tournament, Qatar Tourism takes a nostalgic look at some of the country’s first leisure destinations, including hotels, museums, and parks, and how these have evolved to the present day:

Nearly fifty years ago, Qatar’s first 5-star hotel opened to the public. The Gulf Hotel’s distinctive, brutalist architecture was one of Doha’s most easily identifiable buildings, and set the standard for the country’s hotel industry, which would expand at impressive pace over the coming decades.

Opened in 2022, Rixos Gulf Hotel Doha is Qatar’s first all-inclusive luxury resort and is located within the original Gulf Hotel building. A reimagining of its older ‘brother,’ this impressive new beach resort offers state-of-the-art facilities and gorgeous views of the Doha skyline.

Qatar’s museums have received international acclaim for their fresh take on Middle Eastern museology, and the bar was well and truly set when Qatar National Museum opened in 1975. Now known as the National Museum of Qatar, it is an ode to the country’s heritage and culture. Today, the building has been refreshed to resemble a desert rose and is a truly stunning addition to Doha’s skyline.

Since 1975, Qatar’s suite of museums has swiftly increased. One of the latest additions is the fascinating 3-2-1 Olympic and Sports Museum, a fun, highly interactive international hub for sports history and knowledge, that launched earlier this year. Three new museums, Art Mill, Lusail Museum and Qatar Auto Museum have also been announced for completion by 2030. 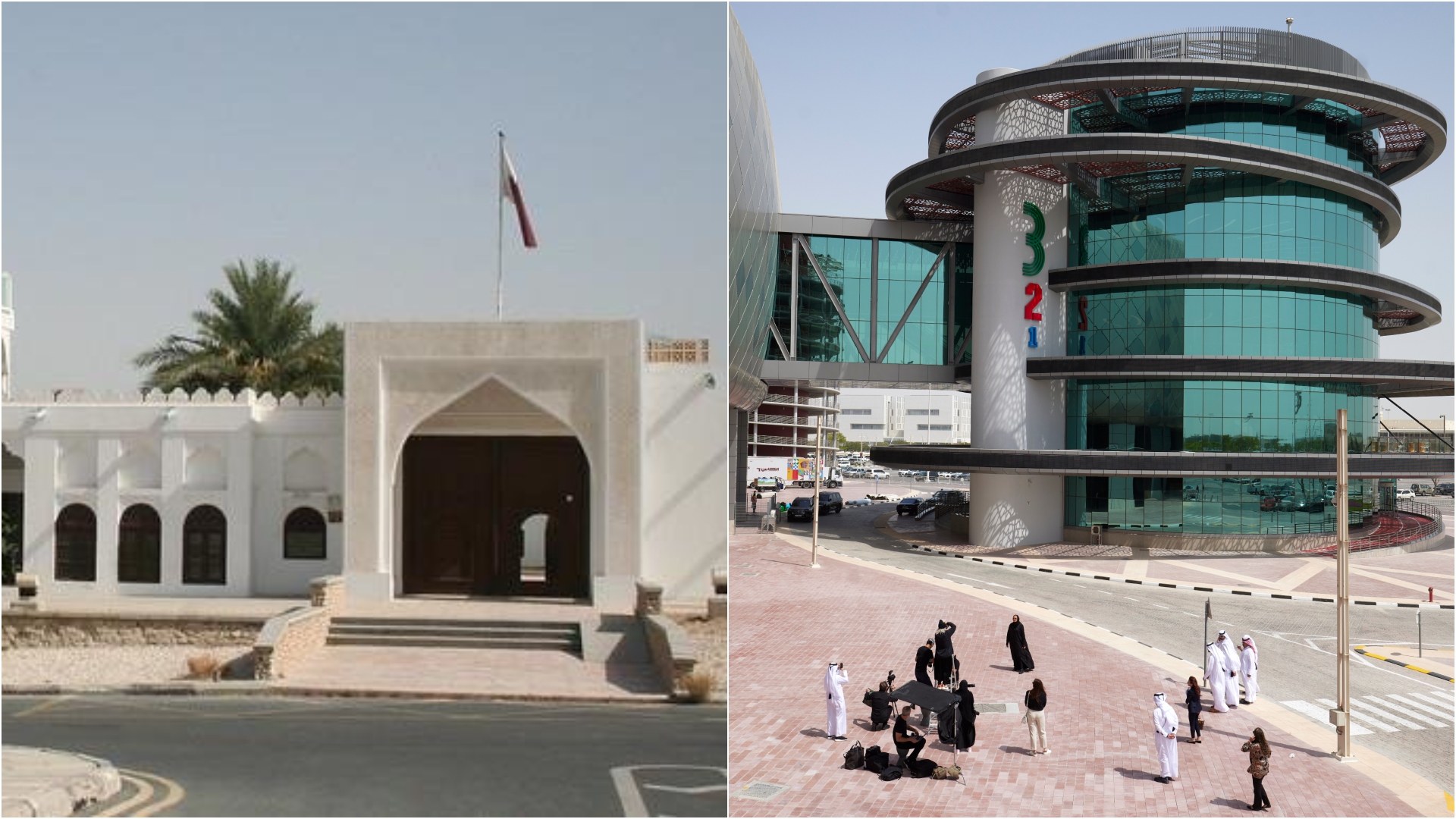 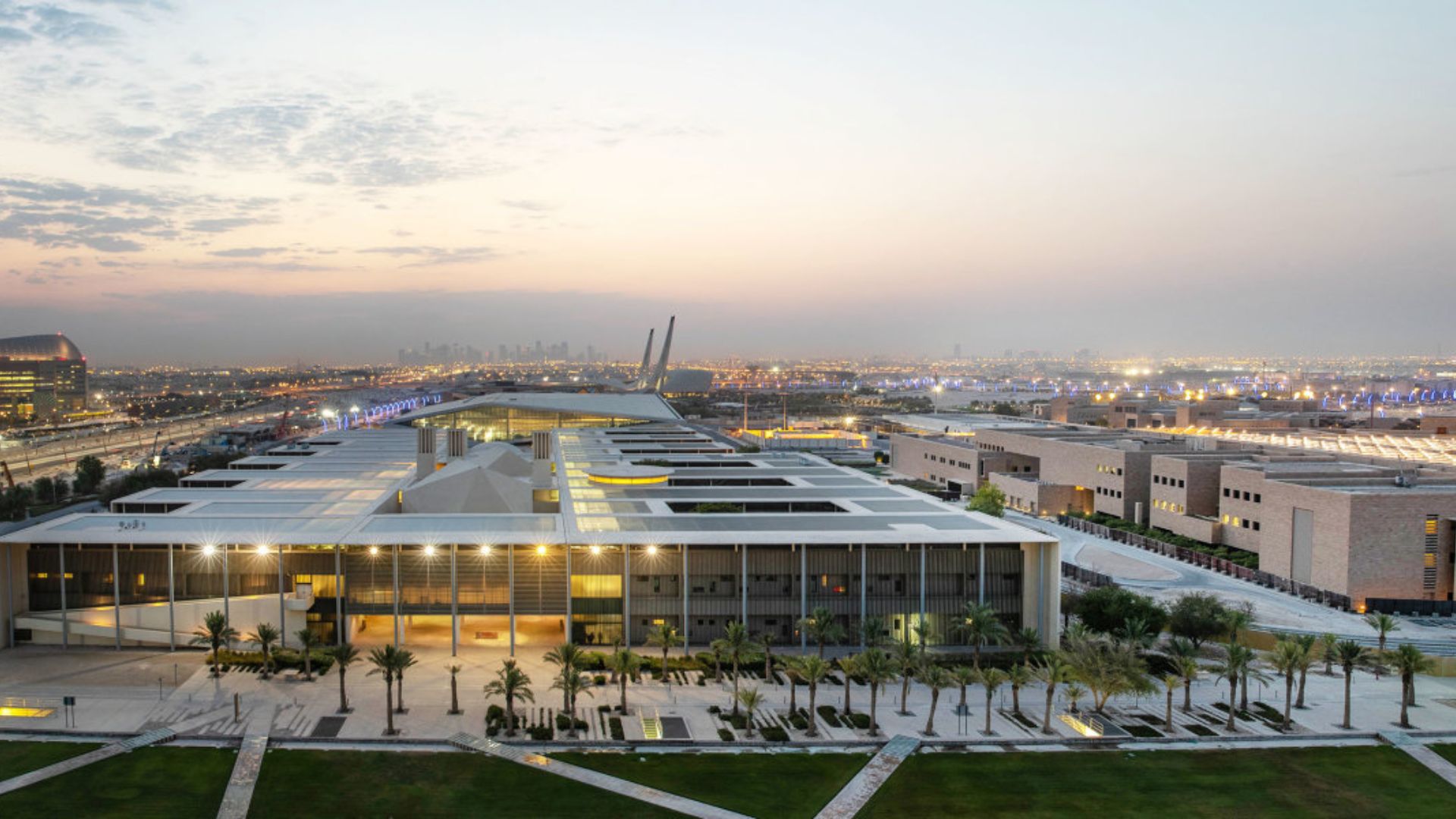 The place of fond childhood memories for many, Al Muntazah Park is thought to be the oldest public park in Qatar. Now renovated to Rawdat Al Khail park (2022), its lush green spaces, kids play areas and outdoor exercise equipment make it a particularly popular place for a morning visit.

Since 2019, Ashghal’s expansive Beautification Project has seen in excess of 11 million square metres of lush green spaces created across the country, in addition to more than 900 thousand trees. An impressive 11 public parks have been opened during this time, including the ideally located 5/6 Park, vibrant Box Park, and Al-Gharafa Family Park, which contains Qatar’s first air-conditioned walking track. 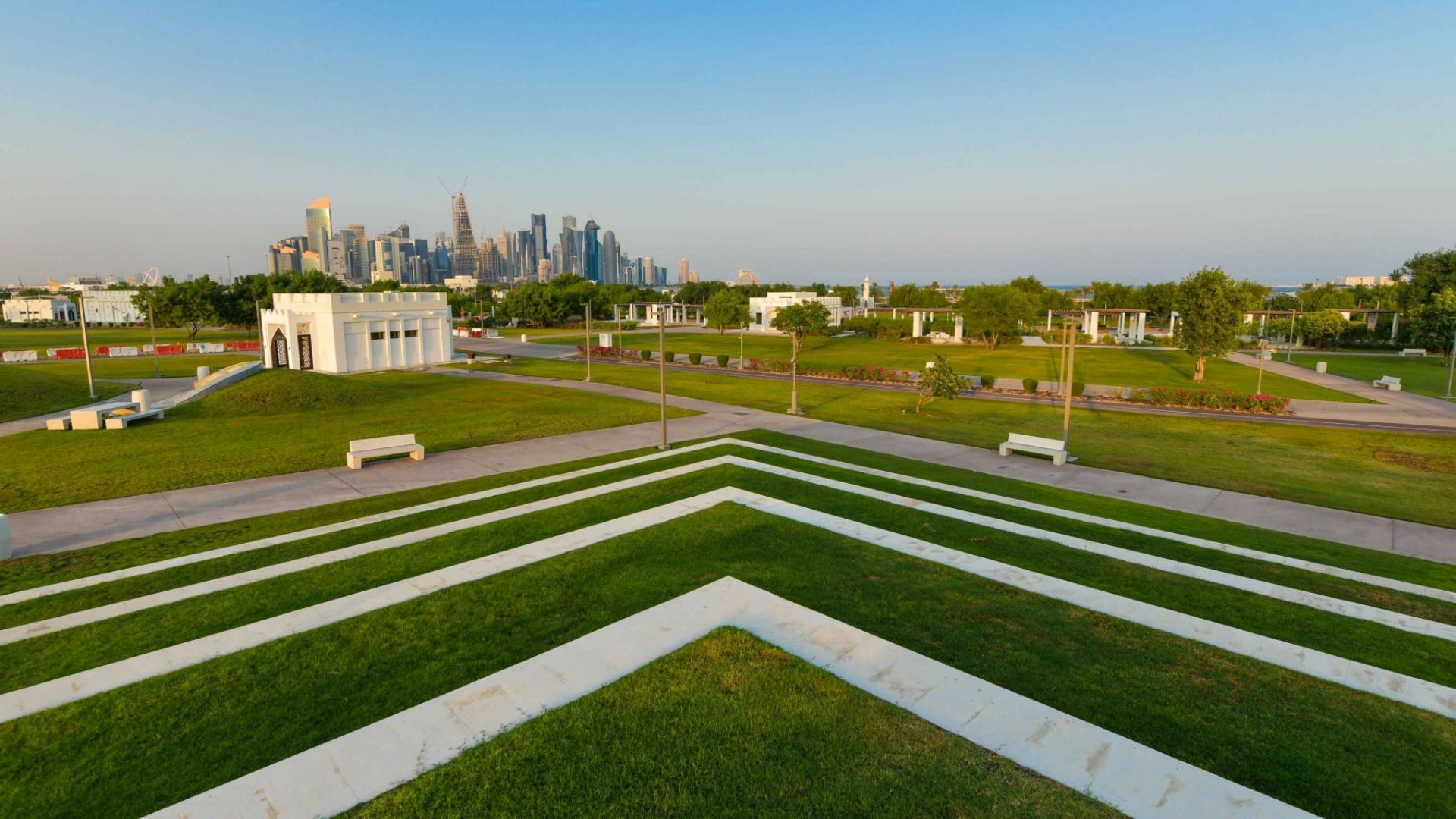 The Mall Shopping Complex, Qatar’s first shopping mall, opened in the late 1990’s. Its warm, homely environment and convenient mixture of stores, food courts and entertainment outlets made it an instant hit with Doha’s thrifty shoppers. Today, it is still one of the city’s most popular malls, and a shopping staple for families.

2022 has seen some banner additions to the country’s already-vibrant shopping scene. September and October saw the arrival of the first Printemps department store outside of France, and the exquisitely designed Place Vendôme mall. Both are already some of the city’s most sought-after spots for luxury shopping, and Vendôme's famous dancing fountains are a regular focal point for celebrations. 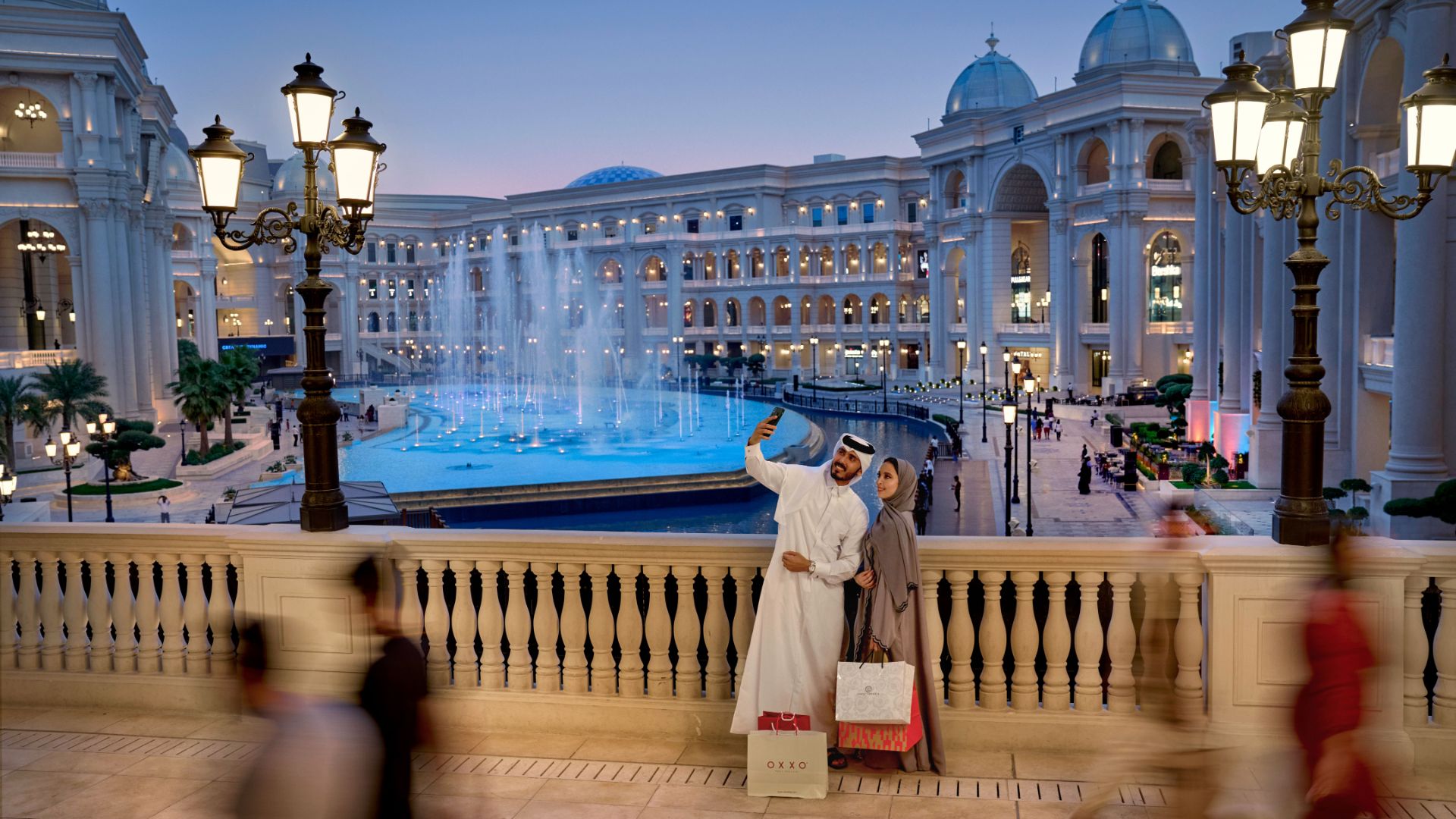 Qatar’s gorgeous coastline, crystal clear waters and powder-soft sands offer visitors some of the region’s most naturally beautiful, and unique, beaches. Nestled amongst the mangroves of Purple Island, Al Khor Beach is home to thousands of plants that turn the water a stunning shade of purple when in full bloom, whilst the rare limestone formations of Zekreet Beach make for one of the country’s most scenic camping spots.

November 2022 saw the opening of Qatar Tourism’s hotly anticipated West Bay Beaches, where three separate beaches, B12, West Bay Beach and Doha Sands run the length of Doha’s shoreline. Although all beaches are family friendly, centrally located, and affordable, they each offer a distinctly different look and feel.

It’s difficult to imagine Doha without its visually arresting skyscrapers. Standing at 387 feet, the Pinnacle Residence apartment block, which opened in the mid 1990’s, was relatively small by contemporary Middle Eastern standards but marked the beginning of the capital’s swift ascension into the skies.

The Fairmont and Raffles Doha are two luxury hotels face each other in beautifully imposing structures that stand at an impressive 692 feet tall. Fairmont Doha is a masterclass in design, and will feature the world’s tallest chandelier, whereas the suite-only Raffles Doha features a spell-binding entrance and offering a personal butler service. It also houses the first international debut of the fine-dining restaurant, ‘Alba’ by world-renowned chef, Enrico Crippa, which presents delectable white truffles that are only found in Alba, Italy.

Also debuting in the region is The Ned, which opened last month along the calming waters of the Doha Corniche waterfront. The hotel and exclusive member’s club marks the brand's third international expansion, following London and New York, and is itself a transformation of the former Ministry of Interior building in Qatar. 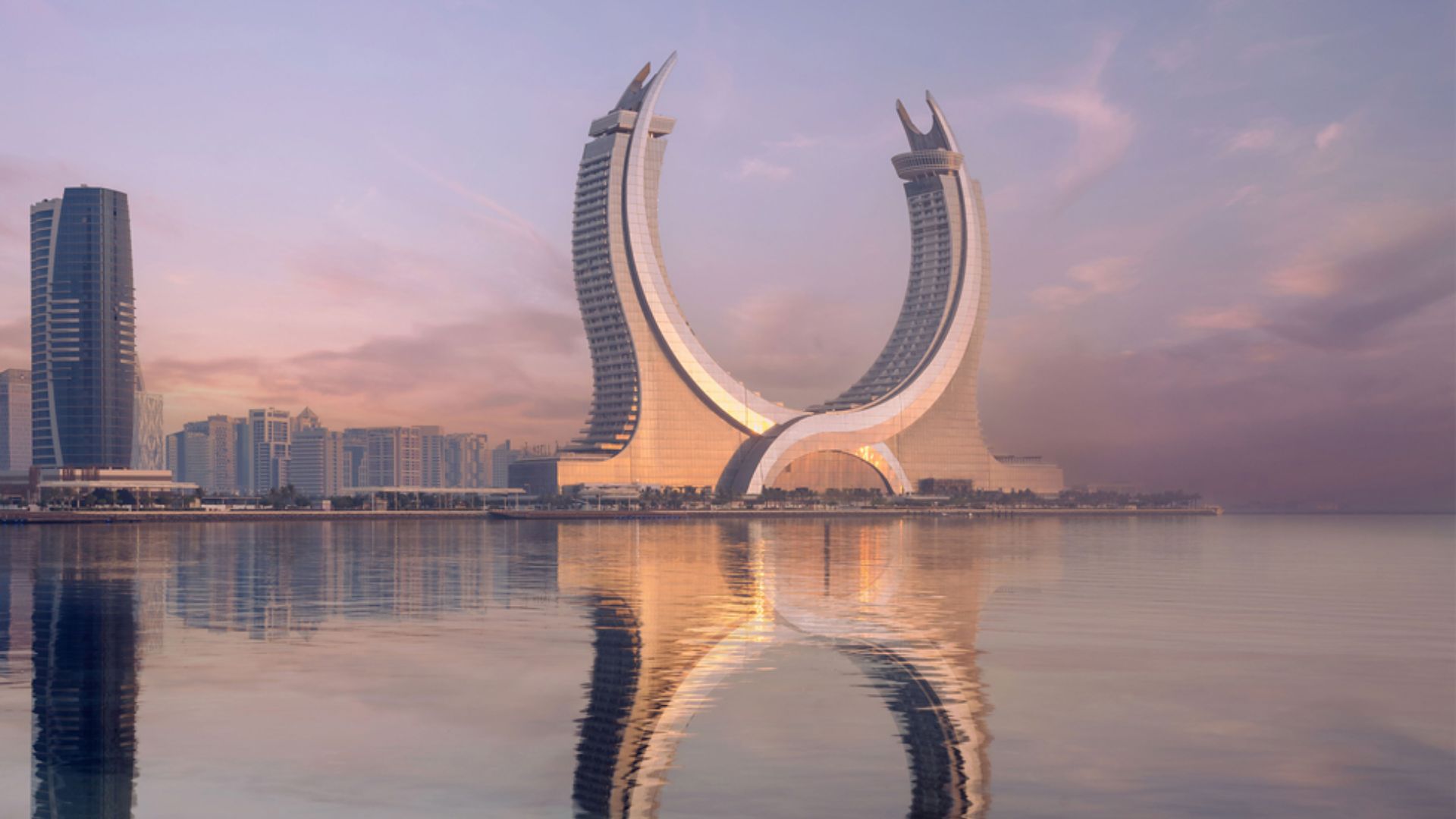 The country’s first water park opened in 2010, offering visitors a giant wave pool, a lazy river ride and various thrilling slides. Today, it is still one of Qatar’s most popular spots for adrenaline-fuelled fun.

One of the largest theme parks in the Middle East, Desert Falls Water & Adventure Park can be found in the heart of the Hilton Salwa Beach Resort & Villas. Offering 25 rides, slides, and attractions, including the white-knuckle King Cobra slide, this park is a must for the country’s thrill seekers.

Meryal Water Park, which will feature the world’s tallest waterslide, is also set to open in 2023. 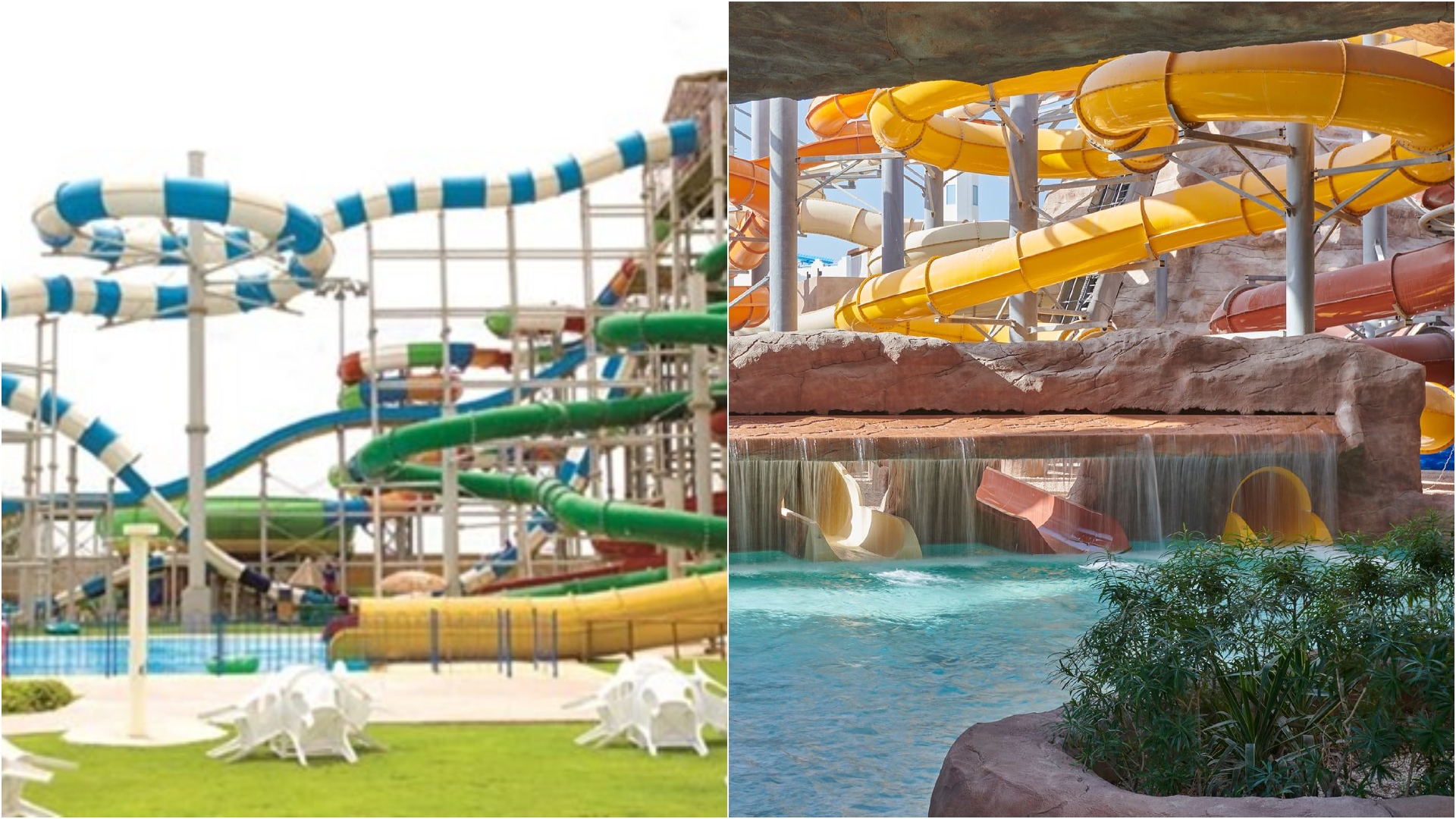 First buildings in the Pearl-Qatar

Today, The Pearl-Qatar, a man-made island with ten areas inspired by Mediterranean towns, is synonymous with luxury shopping, fabulous cuisine, and high-end living. In 2008, the island saw its first shopping outlet, Saudi Arabian-owned Cugini, open to the public in the Porto Arabia boardwalk, which would pave the way for rapid expansion across the island.

Qatar’s rich seafaring past has found a proud modern home in the Corinthia Yacht Club, which has recently opened in The Pearl-Qatar. The newly minted, invitation-only private members club is set on the banks of Porto Arabia’s glistening seafront and will reinforce the island’s position as a haven for yachting enthusiasts. 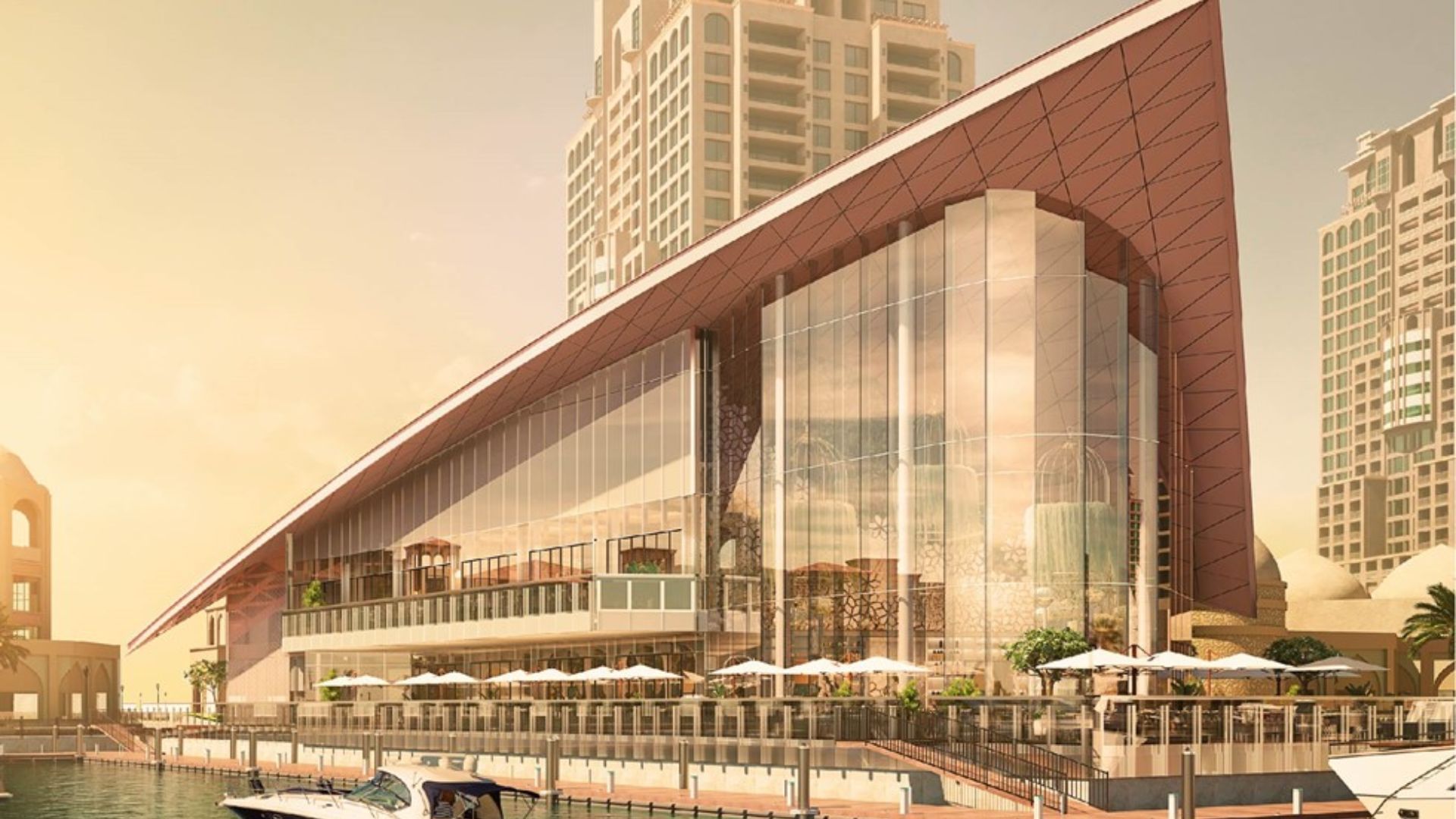 Then: Qatar ExxonMobil Open (Since 1993)

Qataris are, famously, avid sports lovers and have been hosting major sporting events for decades. The country’s international sports hosting journey began with the Qatar ExxonMobil Open tennis tournament in 1993, which has been held annually in Doha ever since.

Twelve years of boundless imagination, resilience and sheer teamwork since winning the bid has led to the small but mighty Qatar having the privilege of hosting the largest sporting event on the planet. Eight glistening, architecturally magnificent stadiums, each with their own story to tell, have been built and prepared for the tournament, some of which will transform into community spaces after it has ended, including hospitals, schools, and shops. 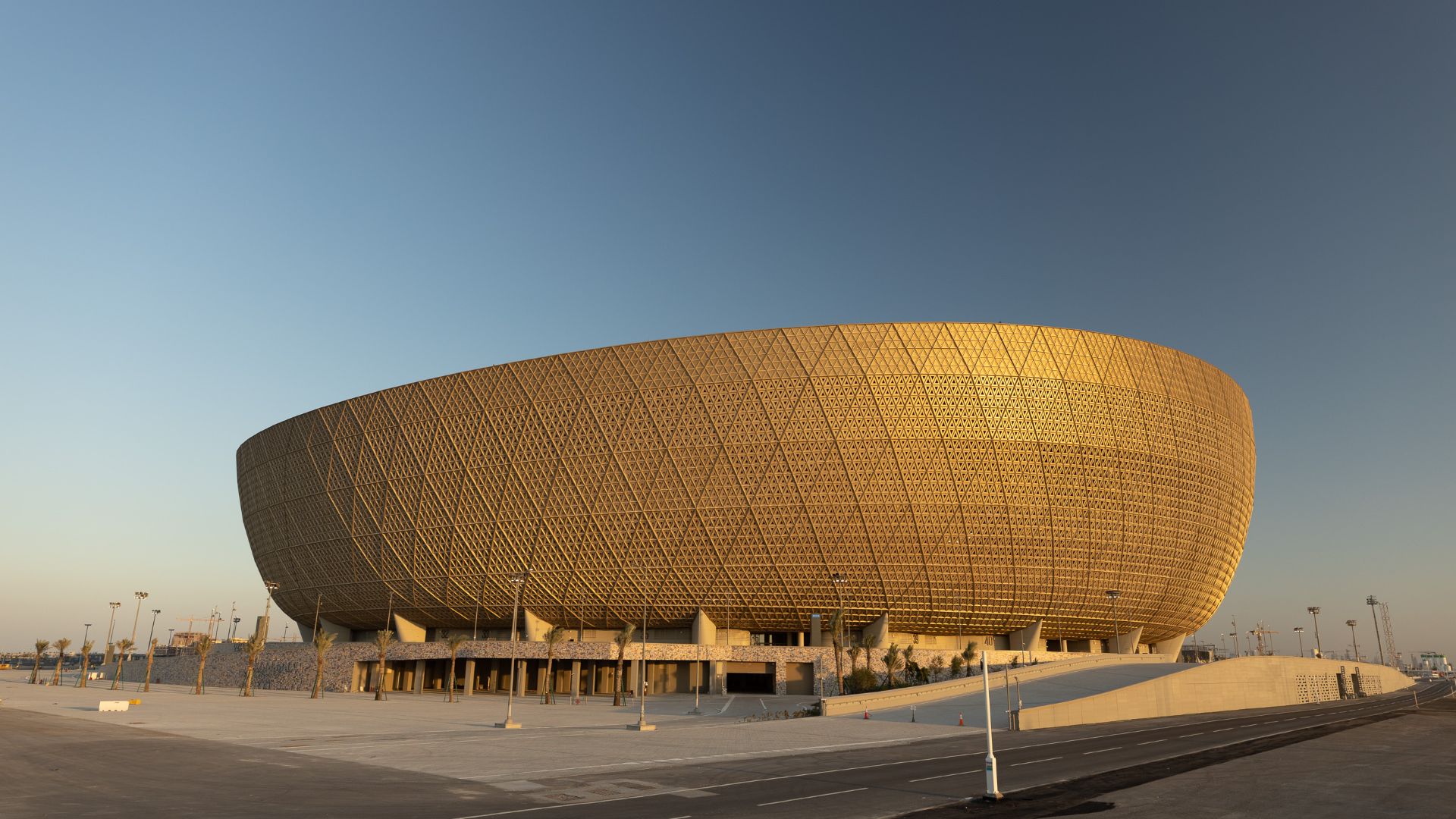 There’s plenty to celebrate this year in Qatar. However, the country’s well-defined and research-based tourism strategy will see Qatar’s rich pipeline of leisure and hospitality offerings expand to 2030, and beyond.