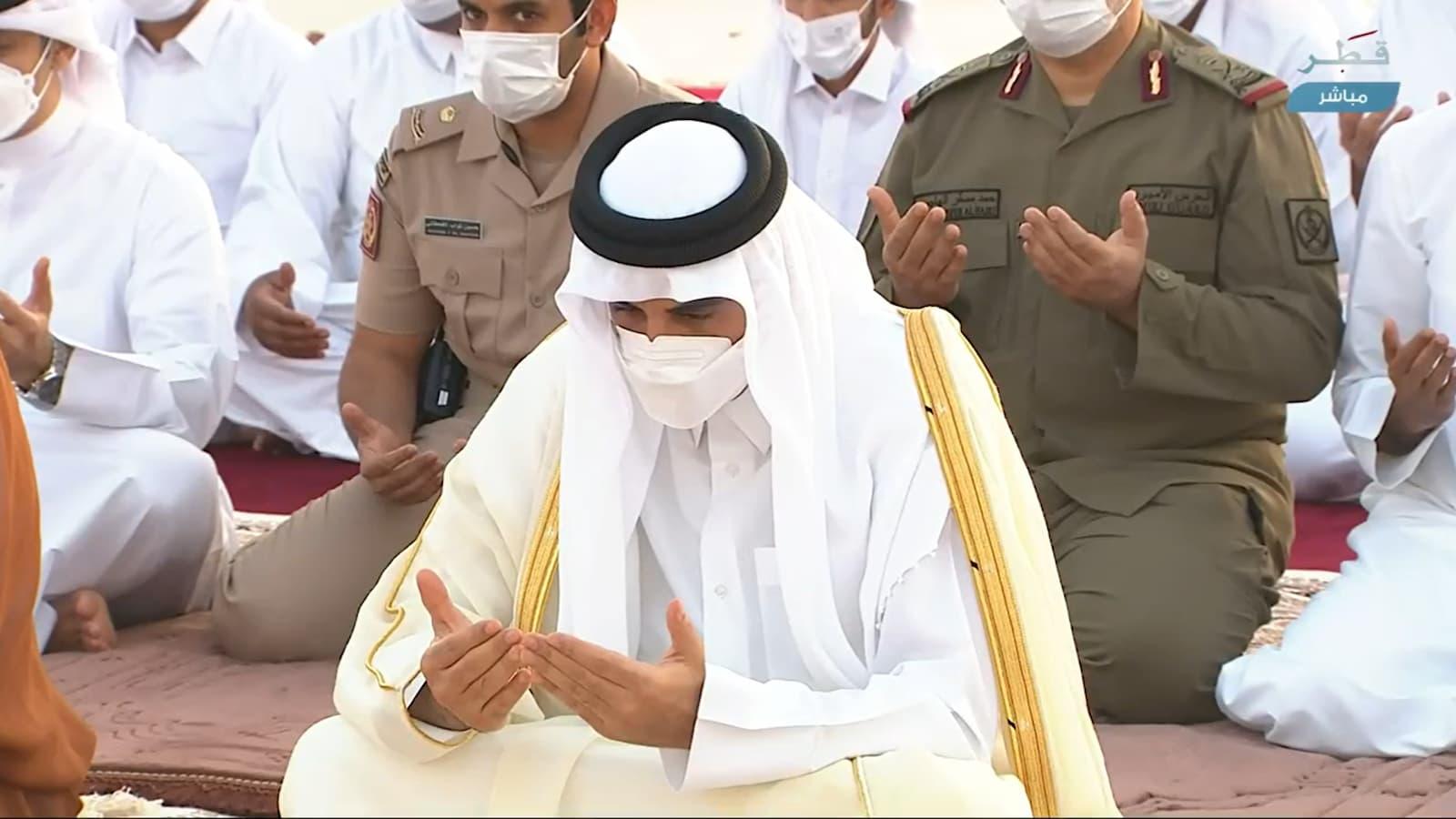 HE Hassan bin Abdullah Al-Ghanim, Speaker of the Shura Council, and a number of Their Excellencies Sheikhs, Ministers and Citizens also participated in the prayer.

Judge at the Court of Cassation and member of the Supreme Judicial Council, Sheikh Dr Thaqil bin Sayer Al-Shammari, led the Istisqa prayer, following which he delivered a sermon stressing the significance of supplication to Allah.

He emphasized that one must show the need for Him for rain and seek forgiveness from Him, Glory be to Him, because it is one of the causes of rain.

Dr Al Shammari further added that the prayer for rain is a prayer to repent and seek forgiveness.

He also urged worshippers to give zakat and charity as it is considered as a means of purification of wealth and soul.

Several other citizens and residents performed the rain-seeking prayer at different mosques around the country. The prayer took place this morning at 5:54 am local time.