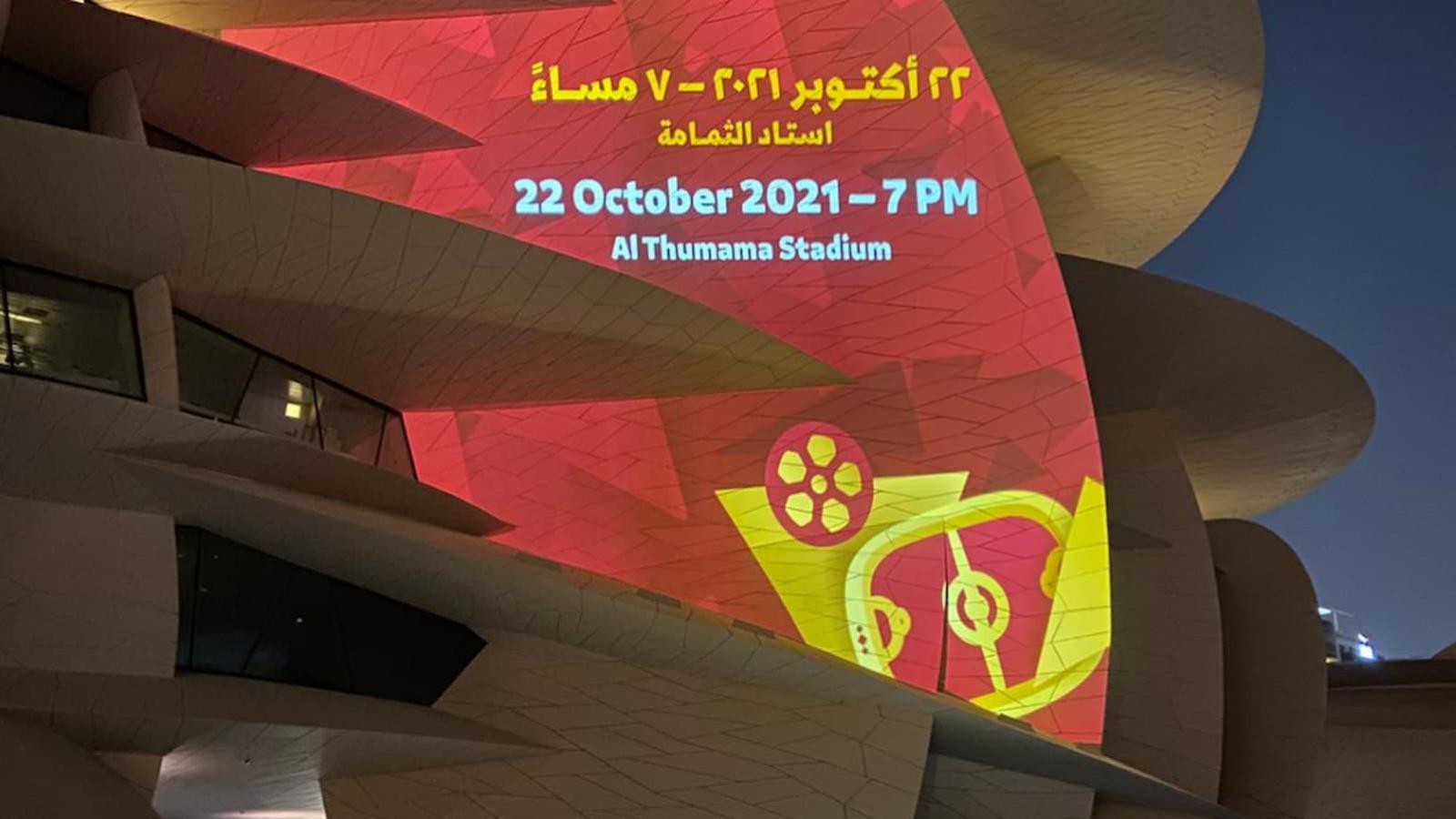 Qatar is all set to officially launch the sixth match-ready venue of the FIFA World Cup 2022, the Al Thumama Stadium on Friday, October 22, 2021.

The opening of the 40,000-capacity stadium, which will host the Amir Cup Final, will see a series of activations to provide an enriching experience to fans.

A number of performances from different community groups will welcome supporters during the build-up to the big game between Al Rayyan and Al Sadd.

Many of the matchday activations will celebrate the stadium’s design, which was inspired by the ‘gahfiya,’ a head cap worn by men and boys across the region.

These will include a head wear exhibition, which will showcase different traditions from around the world, and a crowdsourced public art installation that will see fans pin their own gahfiya, inscribed with a personal message.

What awaits fans at the stadium will be the culmination of a series of events organized by the Supreme Committee for Delivery & Legacy (SC) in the build-up to the match.

These have included majlis visits to Al Thumama residents, along with activities organized in partnership with the National Museum of Qatar (NMoQ) and Friends of the Environment Center.

In partnership with the national museum, members of the community took part in a printmaking and knitting session, where participants were encouraged to create various gahfiya patterns in a series of art workshops.

This included a family day, where visitors were given the opportunity to print symbols inspired by the stadium’s design on shirts and bags. 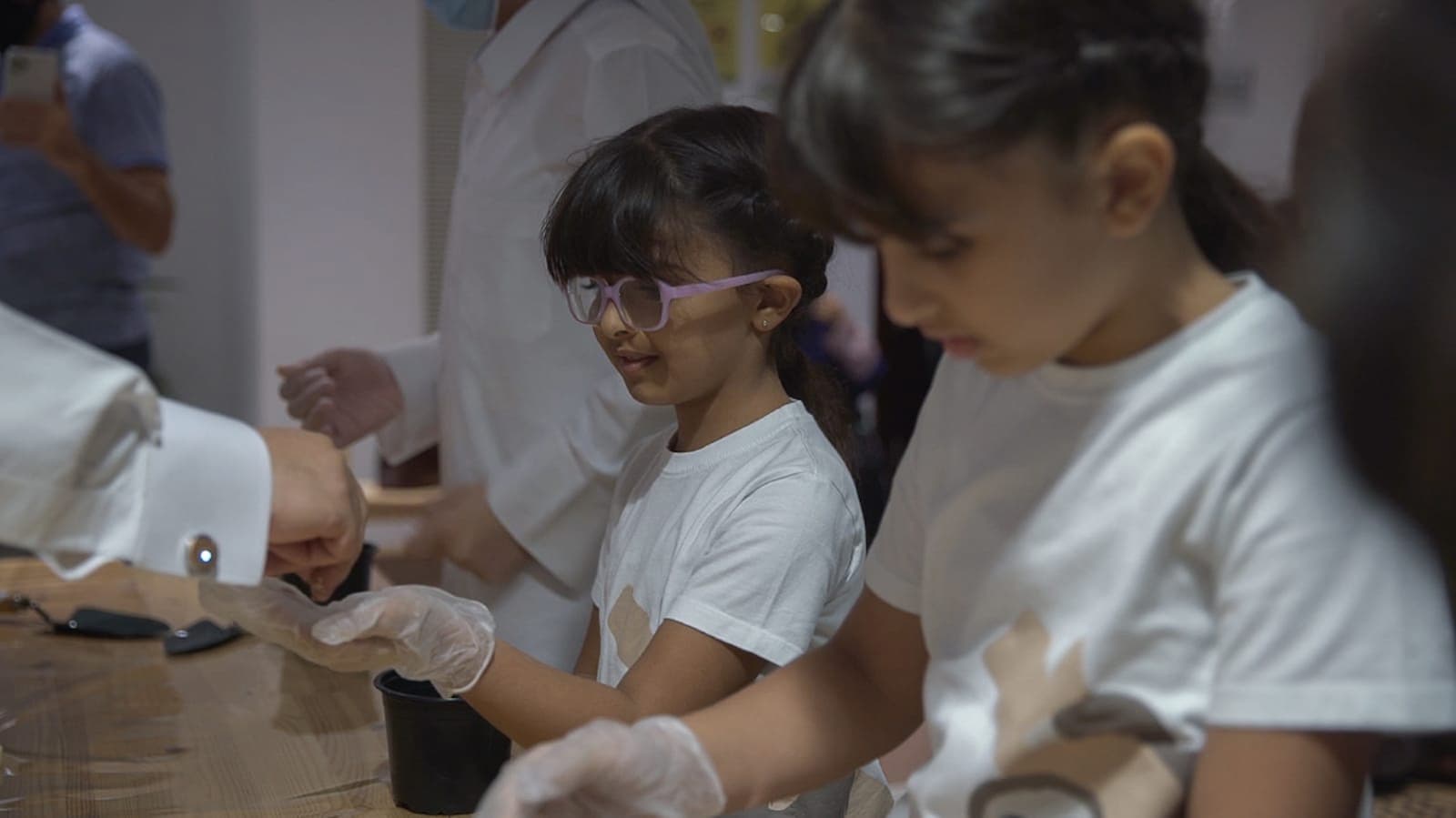 The museum, which has had the Amir Cup logo projected on its façade, also hosted a seminar by Al Thumama Stadium architect Ibrahim M. Jaidah, where he discussed the venue’s design in detail.

Another event saw families invited to an awareness session about the ‘Thumam’, an indigenous plant renamed in honor of the stadium.

The activity was organized in collaboration with Friends of the Environment Center and involved numerous participants, including school children and community members from the Al Thumama area.

Khaled Al Suwaidi, the SC’s Stakeholder Relations Senior Manager, said, “We are proud to have involved many members of the Al Thumama community and beyond during the lead-up to the inauguration. Thanks to strong collaboration with a range of stakeholders, we have been able to create an exciting and culturally enriching experience for people throughout the country.”

"Community engagement has been at the heart of our preparations from the moment Qatar won the right to host the World Cup. The involvement of residents from our many community groups has always been key to the success of the tournament and thanks to their support we will ensure Qatar 2022 is a truly memorable event for everyone in the country," Al Suwaidi added.

Al Thumama Stadium is set to host matches up to the quarter-finals stage during Qatar 2022. It will also be a key venue during the FIFA Arab Cup Qatar 2021, which will take place from November 30 to December 18. 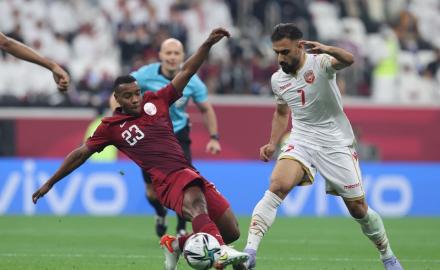 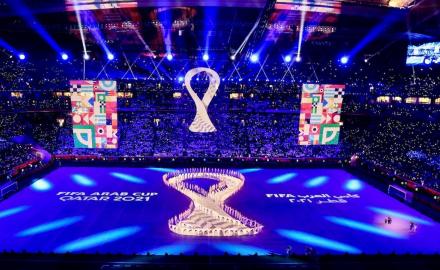 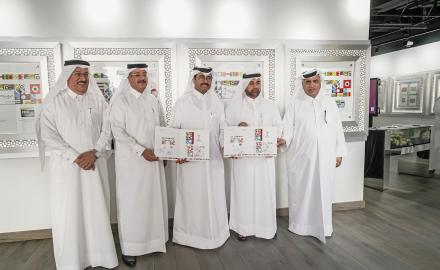