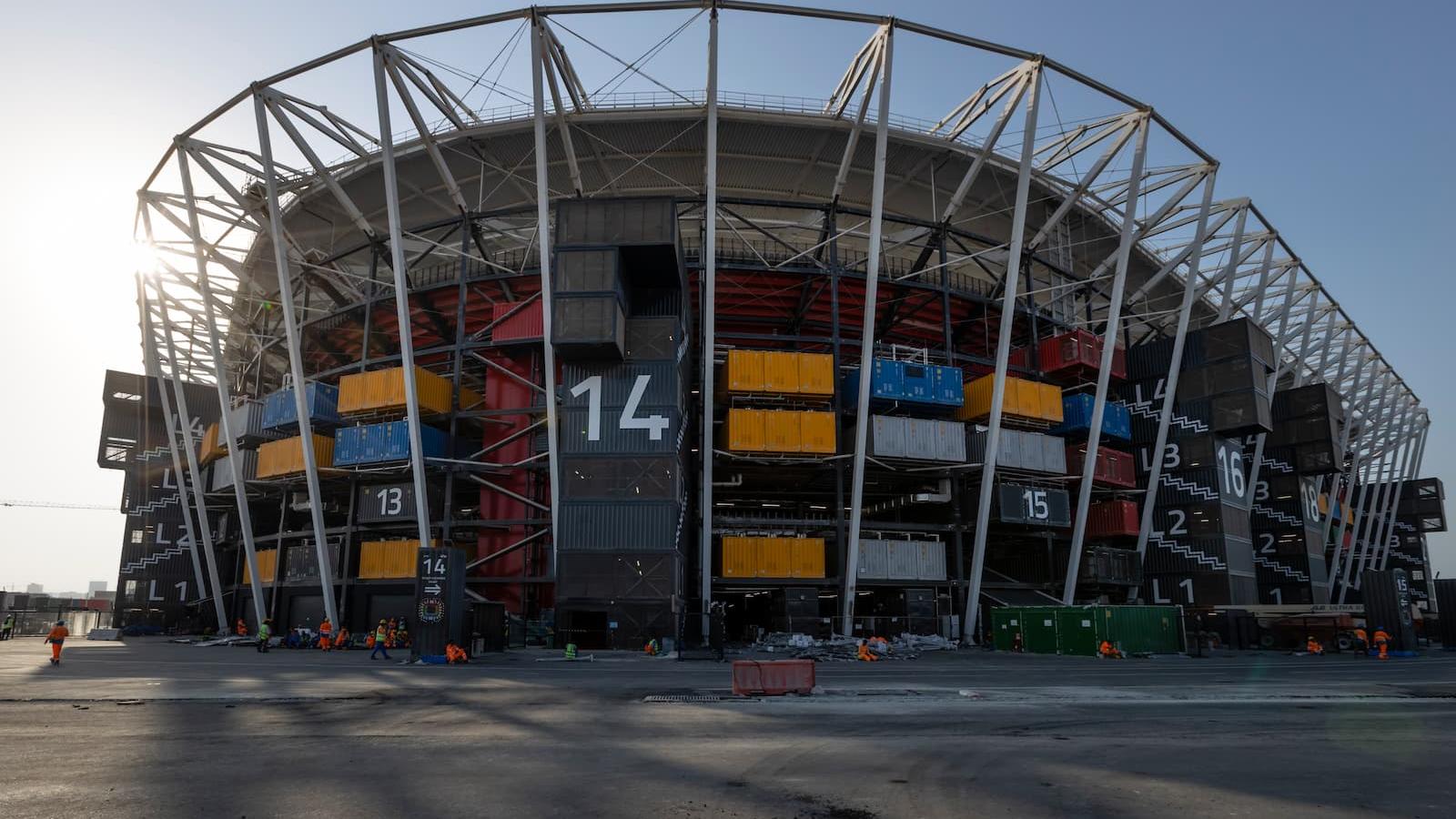 When Qatar was awarded the right to stage the first FIFA World Cup in the Middle East and Arab world, it not only committed to organizing an amazing tournament – but also a mega-event delivered in a sustainable manner.

Part of the strategy includes the delivery of the first carbon-neutral FIFA World Cup in the history of the event. To achieve this, all infrastructure projects – including the eight stadiums that will be used for Qatar 2022 – must meet stringent sustainability benchmarks.

“From the beginning, our preparation efforts for Qatar 2022 have been undertaken with the goal of building a sustainable and lasting legacy,” said Engineer Abdulrahman Al Muftah, the SC's Sustainability & Environment Expert. “The sustainability initiatives we have implemented in our projects contribute to Qatar National Vision 2030 and will also have a positive impact on the way future World Cups and other large-scale sporting events are organized around the world.”

When the SC, Q22 and FIFA set out their carbon-neutral objectives, several key areas were identified in their planning. Staging the most compact version of the World Cup in modern history was one important feature.

“Achieving carbon-neutrality is a process made up of four key components,” added Al Muftah. “Firstly, it required raising awareness among key stakeholders, including the general public. This was followed by us creating a detailed estimation of what our carbon footprint will be. The third step is the one that most people will hear about, and that is the measures taken to limit carbon emissions, which will lead us to the final part of the process, which is investing in green projects that will offset any of the remaining emissions associated with Qatar 2022.”

Many of the measures taken to reduce carbon emissions are centered around the compact nature of the tournament. Fans, players and officials will fly into one airport and stay in one accommodation during the tournament. With the longest distance between stadiums just 75km, fans will have the opportunity to attend at least two matches in a single day during the group stage, thanks to five of the stadiums being connected to the Doha Metro and the other three accessible by connecting bus services. The SC has also worked with the hotel sector in Qatar to encourage green practices to reduce carbon emissions from accommodation.

The compact nature of Qatar 2022 will not only provide convenience for fans and an optimal performance environment for participating teams, it also eliminates the carbon footprint of domestic air travel that fans, players and officials were required to do to attend matches in previous World Cups. With air travel being recognized as one of the world’s largest sources of carbon emissions, this will undoubtedly have a significant impact on reducing the tournament’s carbon footprint. 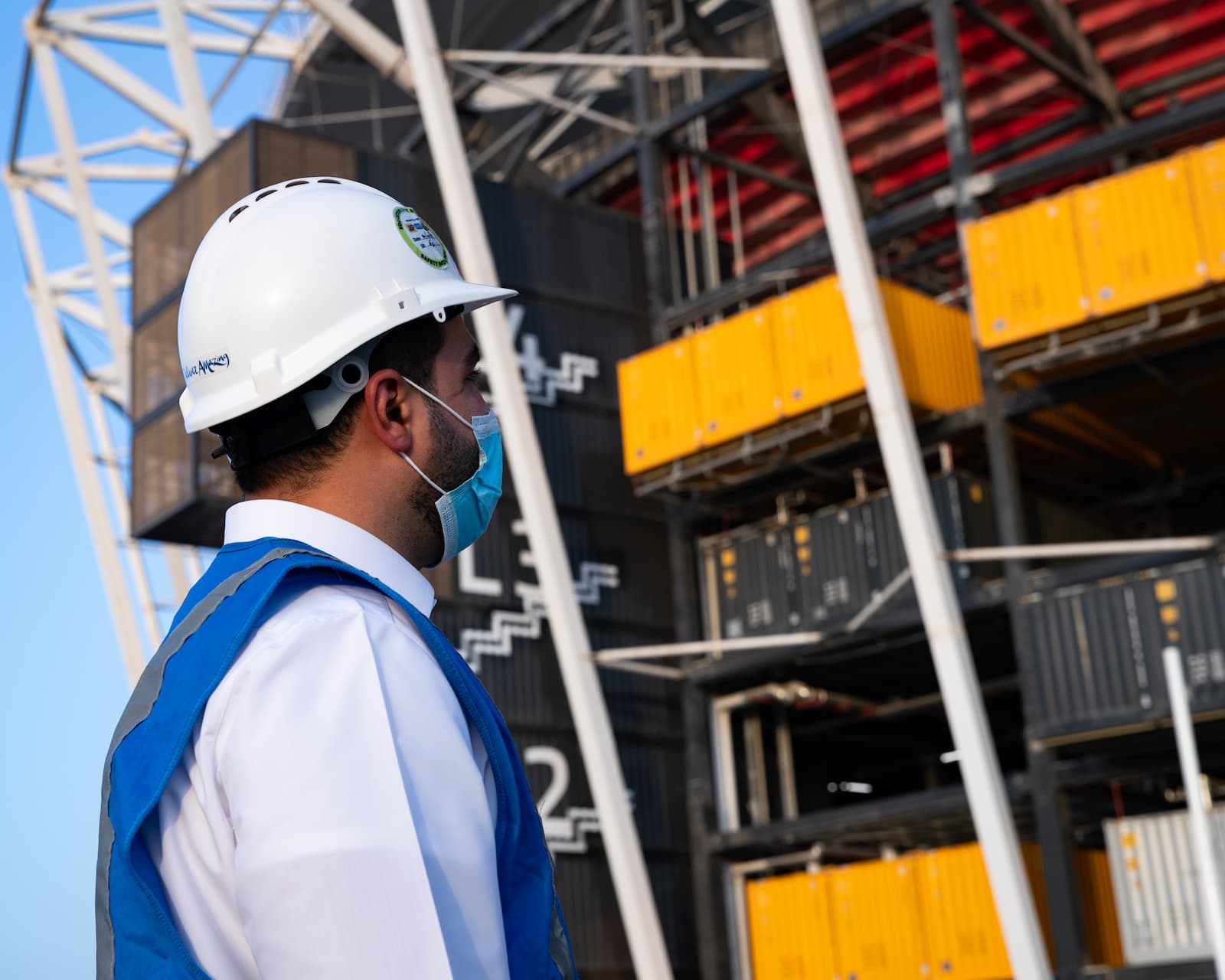 “The close proximity of our venues will see many people use our public transport infrastructure during Qatar 2022, particularly the impressive Doha Metro system,” said Al Muftah. “Even our light rail trams and fuel-efficient bus fleet will play an important contribution in mitigating carbon emissions, with a number of electric buses being deployed for the event.”

Reducing carbon emissions was also factored into the building of Qatar 2022 venues – most notably the eight World Cup stadiums. Careful consideration was given during the design and construction of the stadiums for lower energy and water consumption, the reusing and recycling of water and materials wherever possible, highly efficient cooling systems, the use of renewable energy for lighting in some stadiums, creating designs that allow for natural light, native trees and plants in stadium parklands, and efficient waste management strategies.

All eight stadiums which will be used during Qatar 2022 have been built to be water and energy-efficient. Many of the stadiums have exceeded industry ratings by implementing non-mandated requirements for sustainability. One such example is Ras Abu Aboud Stadium. The 40,000-capacity venue will be the first fully dismountable stadium in FIFA World Cup™ history, with its components being used to create other sporting projects during legacy mode. This pioneering approach will set new benchmarks in waste reduction.

Another key component to achieving carbon-neutrality will be the use of solar energy to help power Qatar during the tournament. Qatar is currently developing a large-scale 800MW solar energy plant on a 10km² plot. Once the tournament concludes, the plant will continue to produce clean renewable energy for decades, leaving a significant legacy as a carbon reduction project.

These initiatives will leave an important sustainability legacy for Qatar and the region and provide an invaluable blueprint for the use of sustainable practices in future sporting events held around the world.

By QLSports·0·2 weeks 11 hours ago
After three days of exhilarating action in the Qatari desert, the Qatar International Baja came to a befitting end yesterday at the Al Bayt Stadium in Al Khor. 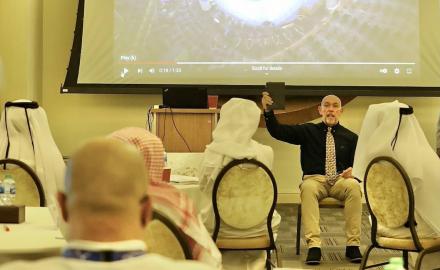 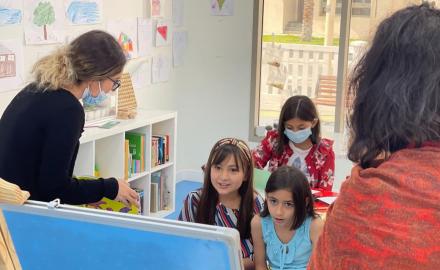 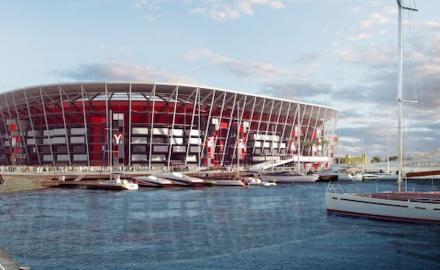