The Supreme Committee for Delivery & Legacy (SC) has added another feather to its cap as Al Rayyan Stadium becomes the third of the Qatar 2022 stadiums to achieve prestigious sustainability ratings by the Gulf Organization for Research & Development (GORD).

The 40,000-capacity stadium will be one of eight venues used during Qatar 2022. It is in the final stages of construction and will soon become the fourth venue to officially open following Khalifa International, Al Janoub, and Education City.

The remaining four stadiums, Al Bayt, Al Thumama, Ras Abu Aboud, and Lusail, are slated to open well in advance of the tournament, which will kick off on 21 November 2022.

Built on the site of Ahmed Bin Ali Stadium, Al Rayyan will host seven matches during Qatar 2022. After the tournament, the stadium’s capacity will be reduced to 20,000 following the removal of the modular upper tier.

The excess seats will be donated to a football project overseas. The stadium will also become the home of the popular Qatar Stars League team Al Rayyan Sports Club.

The materials from the demolished stadium were either used in the construction of the new venue or recycled.

Construction and demolition waste were kept to a minimum, with the project achieving a landfill diversion rate above 90 percent.

Moreover, the stadium is just a short walk from Al Riffa station on the green line of Doha Metro, making it easy for fans to get to and from the venue.

Engineer Jassim Telefat, Competition Venues Executive Director at SC, said, “We are very pleased to receive these GSAS sustainability certifications from GORD. These awards highlight our ongoing commitment to sustainability and our goal to leave a lasting legacy in this field as a result of Qatar’s hosting of the FIFA World Cup. I offer huge congratulations to everyone involved in the design and construction of this striking venue.”

More than 50 percent of the project in terms of cost was delivered by local contractors, while 15 percent of the total materials were derived from recycled sources.

Additionally, the stadium is using 20 percent less water due to low-flow fixtures, recycled water for irrigation, and landscaping with native plants that require minimal water.

With sustainability at the heart of its preparations for FIFA World Cup Qatar 2022, SC is well on track to achieve its commitment to deliver the first-ever carbon neutral FIFA World Cup and leave a legacy of climate action for Qatar and the region.

By QLNews·1·1 week 29 min ago
According to the list, over a thousand mosques and prayer grounds across Qatar will be opened to worshippers to pray the Eid prayers.

By QLNews·0·6 days 1 hour ago
The ministry has set up a COVID-19 Vaccination Scheduling Unit to facilitate the vaccination of key service workers in the region.

By QLSports·0·5 days 1 hour ago
The 49th Amir Cup Final has been postponed to allow fans to attend, following the lifting of restrictions. 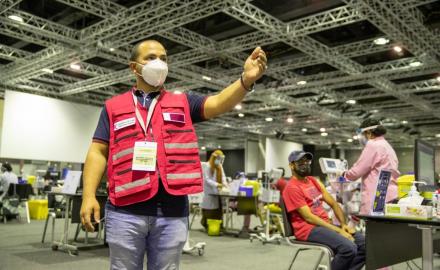 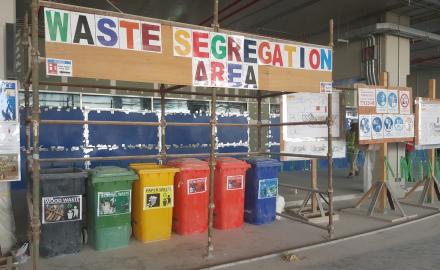 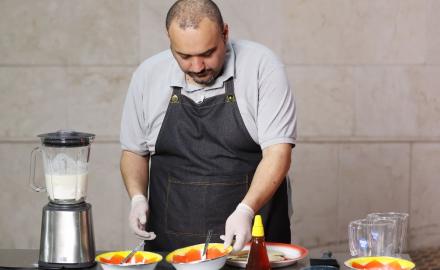