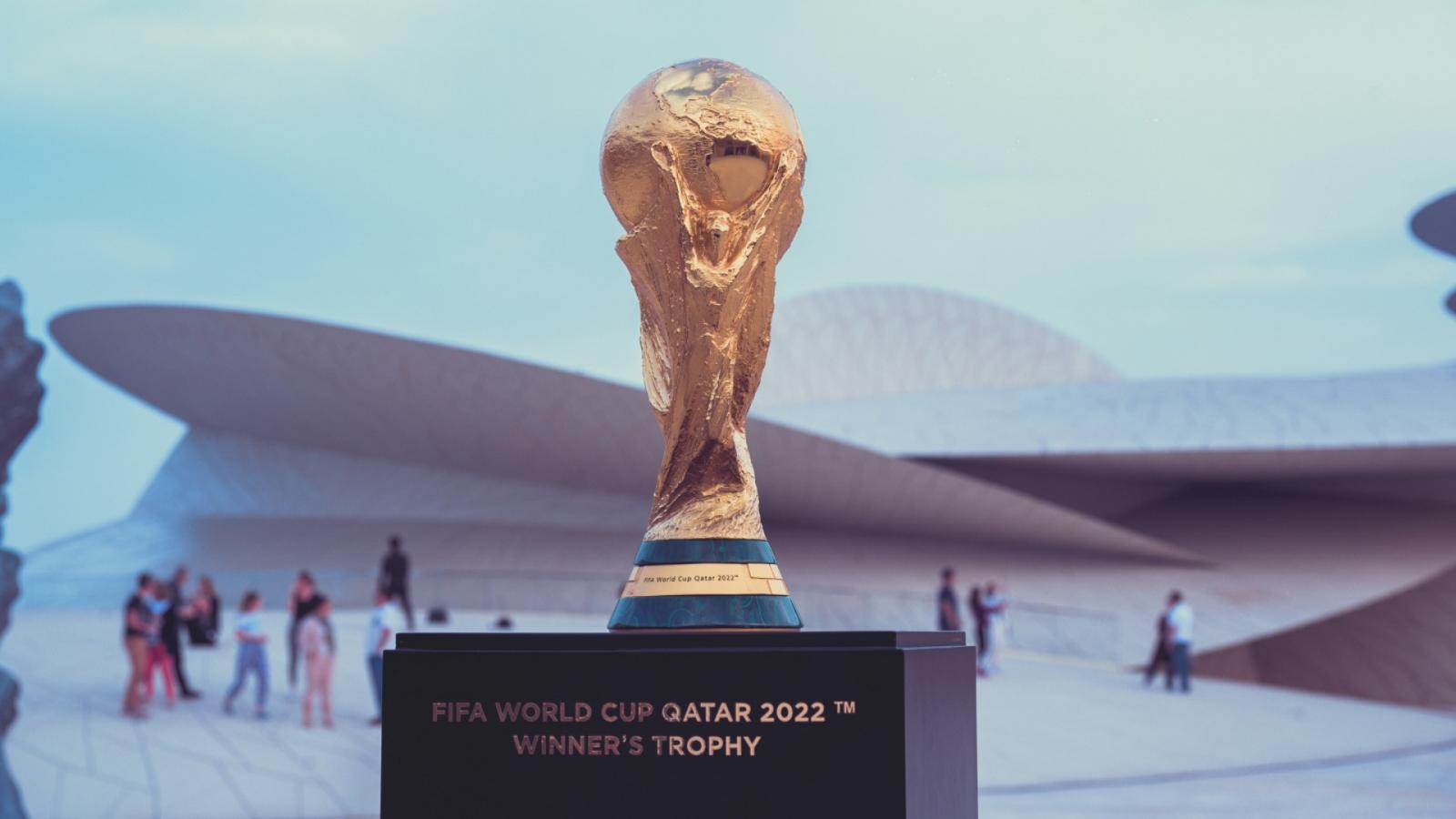 There are just 100 days to go until Qatar hosts the FIFA World Cup™. Eight state-of-the-art stadiums will stage 64 matches between 20 November and 18 December as Qatar welcomes the best international teams on the planet for the first FIFA World Cup™ in the Middle East and the Arab world. 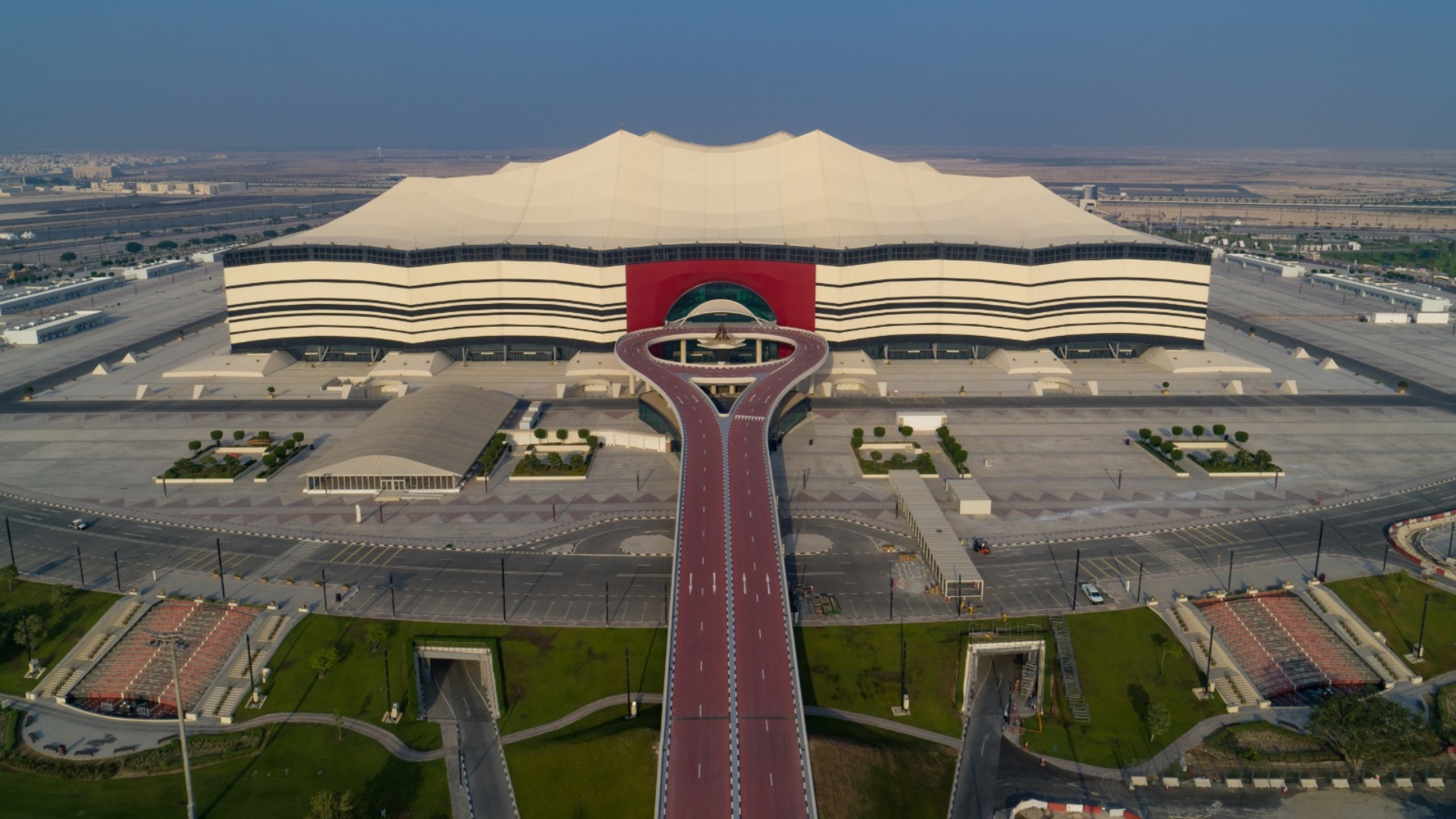 The world held its breath after Qatar won the hosting rights on 2 December 2010 defying a tumultuous twelve-year journey of immense efforts and setbacks. Chairperson of Qatar Foundation and Education Above All (EAA), Her Highness Sheikha Moza Bint Nasser shares a classic clip on her Instagram as a remembrance of the iconic moment when Qatar won the privilege to host the World Cup on the fourth ballot beating Australia, Japan, South Korea, and the United States. In the heartwarming post, she writes, “One hundred days separate us from the 2022 FIFA World Cup. Twelve years ago, a promise was made. Today, Qatar welcomes the world.” As the historic tournament gets closer, the country has prepared eight marvelous stadiums to organize matches from 20 November 2022 to 18 December 2022.

Staging in the Middle East for the very first time, the event promises to leave a lasting legacy globally. ”100 days to the FIFA World Cup 2022 — I look forward to welcoming you to experience football and the Power of Culture during the FIFA World Cup Qatar 2022,” remarked in a recent Instagram post by Her Excellency Al Mayassa bint Hamad bin Khalifa Al Thani, Chairperson of Qatar Museums.

The Supreme Committee for Delivery and Legacy (SC) made the announcement to hold a series of activations at major malls in Qatar to mark the 100 days countdown leading up to FIFA World Cup in the country. Excited fans will get the opportunity to win passes to the opening match of the FIFA World Cup played at Al Bayt Stadium on 20 November 2022 between Qatar vs Ecuador. The activations will take place from 11 August till 12 August 2022 at Doha Festival City, Place Vendome, and Mall of Qatar featuring an amazing array of football activities, unique giveaways, e-gaming, community performances, and celebrity guests. A grand finale on August 12 at the Mall of Qatar will conclude the ongoing celebrations.

As per SC, the people who need to partake in the competition should enlist first by means of a QR code, which is posted at the shopping centers' activation areas. With the utilization of being at the forefront of staging a big event, Qatar aims to use this opportunity to demonstrate as an emerging model of modern efficiency and an efficient global leader in the sports fraternity.

This edition of the FIFA World Cup™ – the 22nd in its illustrious history – will be transformative for Qatar and the entire region. This tournament will deliver a legacy that sets the standard for future mega-event hosts.

For H.E. Hassan Al Thawadi, Secretary General of the Supreme Committee for Delivery & Legacy (SC), the final at Lusail Stadium on Qatar National Day will be the culmination of a 12-year journey, after the country won the hosting rights in 2010.

“We have come such a long way in a relatively short space of time,” said Al Thawadi. “Hosting the World Cup has accelerated the development of our great country – in line with Qatar National Vision 2030. We have built incredible infrastructure, developed a world-class sports and events industry, and delivered human and social projects to benefit people in Qatar and around the world.”

Al Thawadi continued: “From day one, we have said that hosting the World Cup is about much more than football. It is about inspiring a generation and showing young people across Qatar and the Arab world what is possible. Few of us ever dreamed that Qatar would host a tournament of this magnitude – but look at us now.” 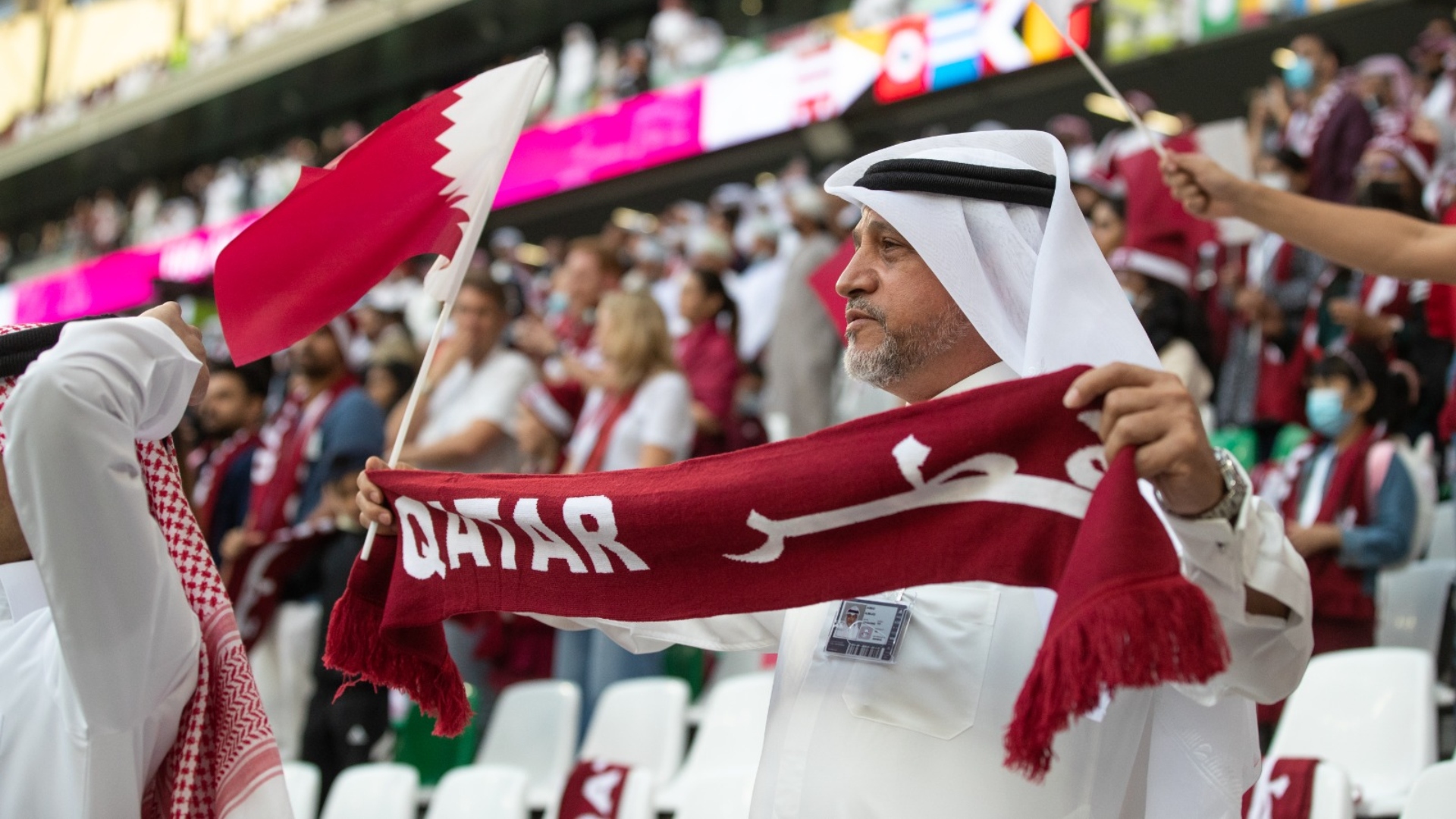 Eng. Yasir Al Jamal has also been involved in Qatar’s preparations from the start. He has played a major role in the delivery of tournament infrastructure, including the seven stadiums the country has built from scratch, plus the redevelopment of Khalifa International.

“Everyone at the SC – along with our many stakeholders – can be very proud of the projects we have worked so hard to deliver,” said Al Jamal. “It is amazing to think that at the start of this journey we simply had a vision and ideas – now we have infrastructure and venues that communities across the country are using every single day. We see the legacy of this World Cup making a difference to people’s lives long before the big kick-off.” 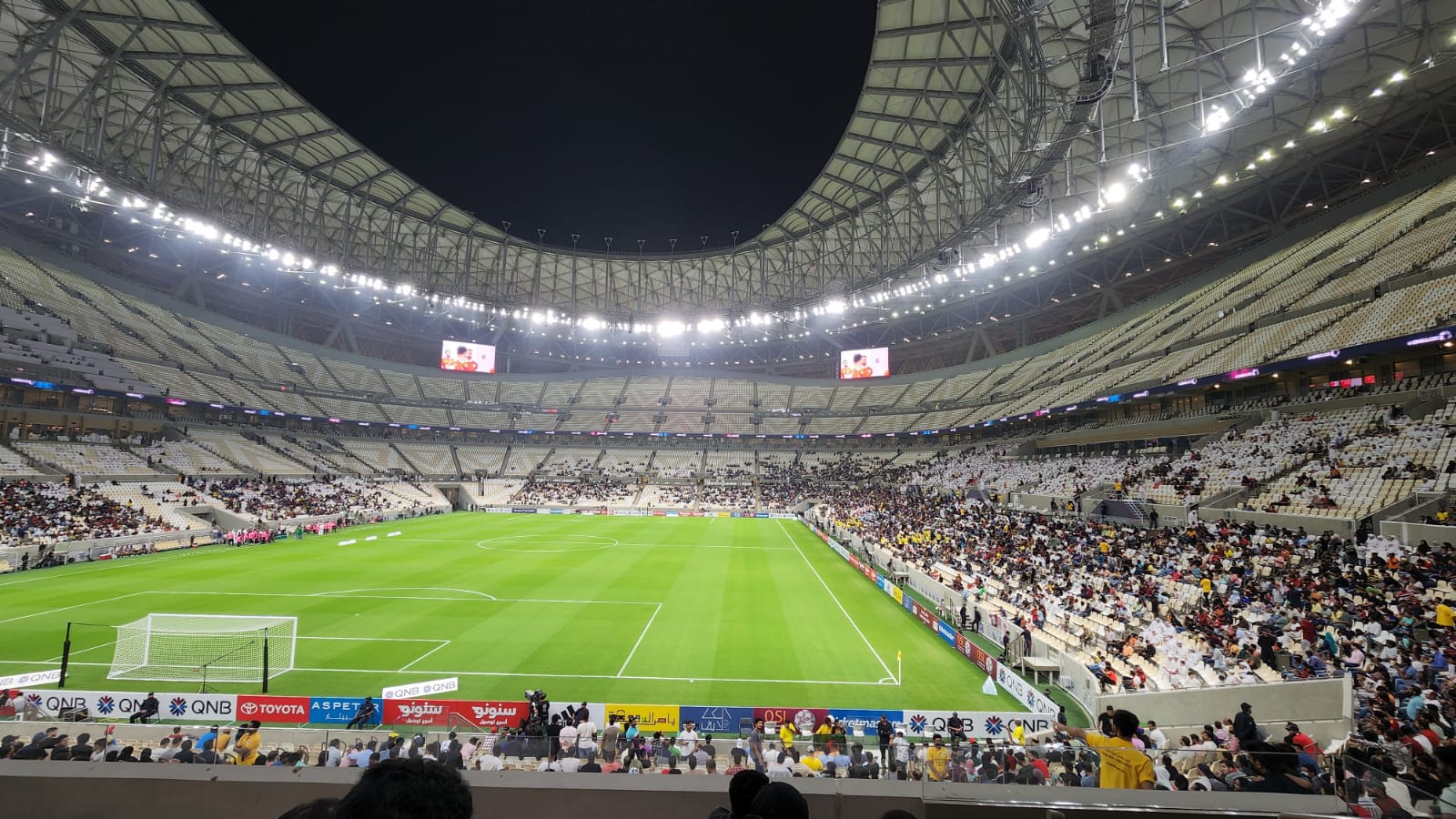 Nasser Al Khater, CEO, FIFA World Cup Qatar 2022 LLC, has also played a prominent role in tournament preparations since the bid. He says fans should expect a once-in-a-lifetime experience when they arrive in Qatar later this year.

“When fans arrive in Qatar, they will experience our warm hospitality and our passion for football,” said Al Khater. “If you love football, this will be the place to be – and thanks to our compact nature, you’ll be able to attend more matches than ever before. Even away from the action on the pitch, there will be so much to do, with tourist attractions and many entertainment options. I encourage everyone to buy their tickets and experience a World Cup like no other in history.” 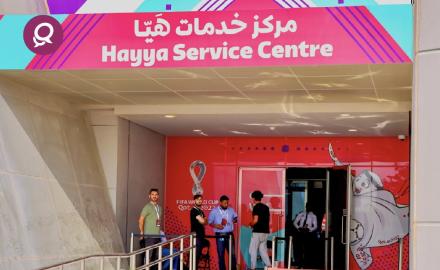 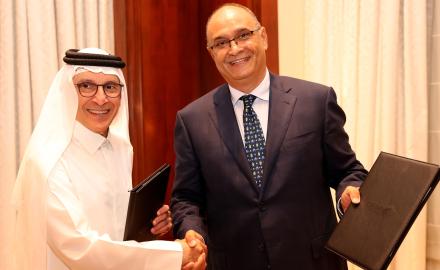 New world-class B12 Beach Club in Doha, Qatar to open this October