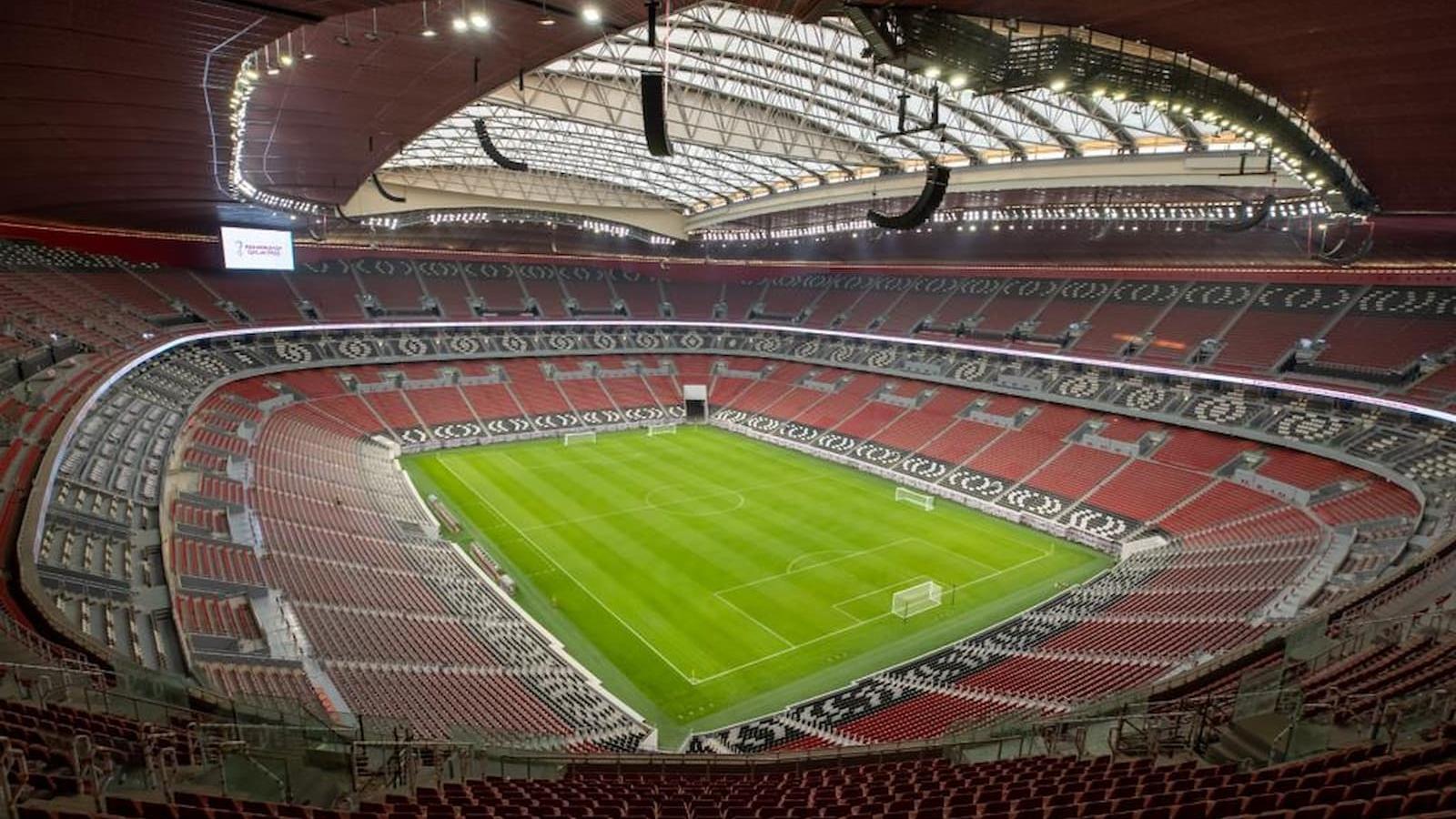 Today marks a significant milestone for Qatar as exactly one year from now, the historic FIFA World Cup 2022 will kick off in the country.

A first for the Middle East and the Arab world, the highly-anticipated tournament will be played at eight amazing tournament venues in Qatar - the construction works of which are now complete.

The Supreme Committee for Delivery & Legacy (SC) confirmed that the finishing touches to Lusail Stadium, the 80-000 capacity venue due to host the tournament final on December 18, 2022, have been applied recently.

Lusail is one of seven venues to have been built from scratch, while Khalifa International Stadium was extensively redeveloped in preparation for the 22nd edition of football’s flagship international tournament, SC said.

To mark the one-year-to-go milestone below is a closer look at the eight amazing stadiums that will serve as the stage for the FIFA World Cup Qatar 2022. 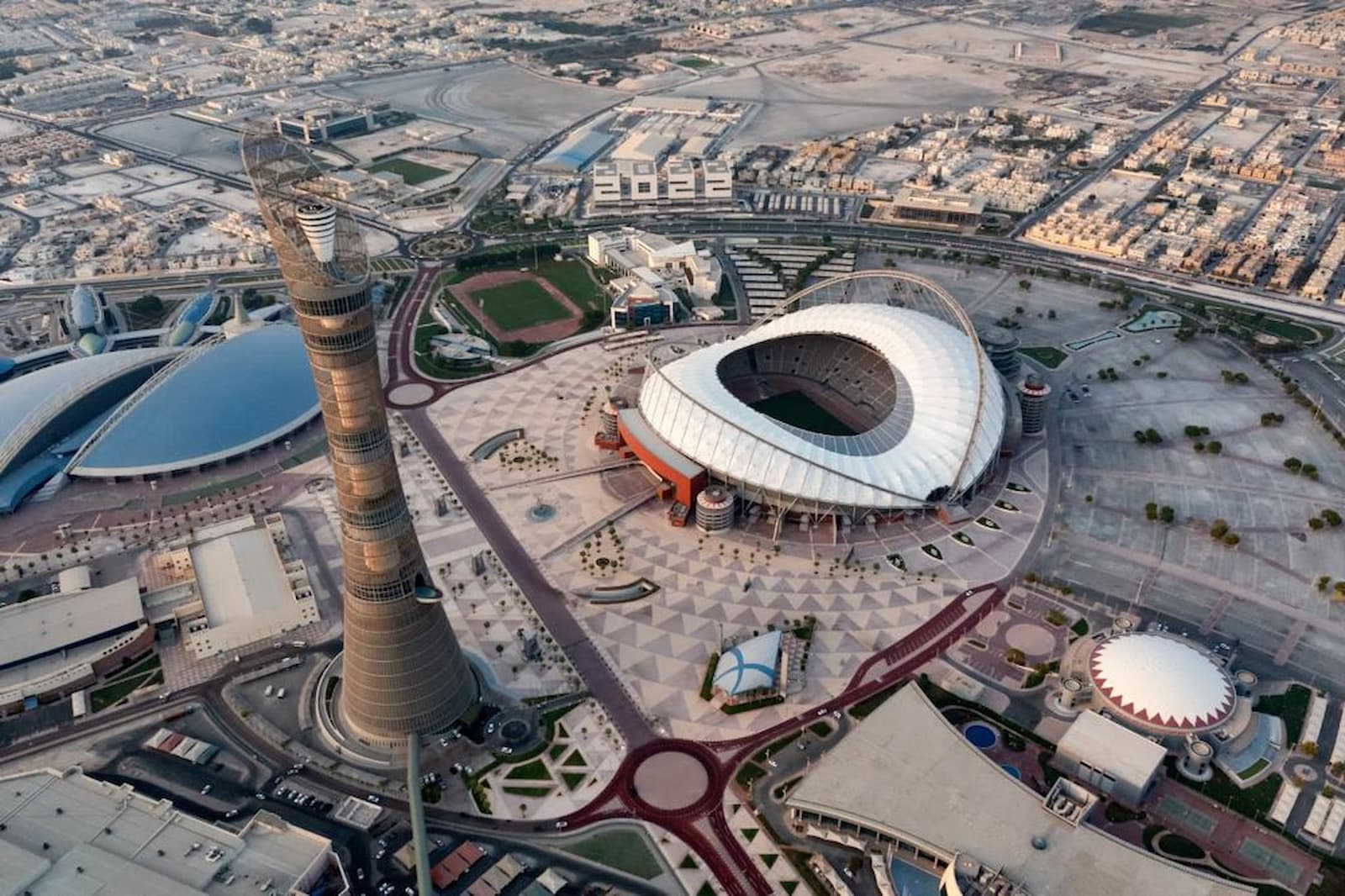 The first tournament-ready venue for Qatar 2022, Khalifa International has a long history of hosting major sporting events since 1976.

Serving as Qatar’s national stadium, the venue underwent extensive redevelopment in order to prepare it for the FIFA World Cup. This included the addition of a new tier that added 12,000 seats to the capacity and a new façade. A new LED lighting system adds a new dimension to the fan experience.

Inaugurated: The redeveloped stadium was inaugurated on 19 May 2017 when it hosted the 45th Amir Cup final

Qatar 2022: The stadium will host eight matches up to and including the third-place play-off. 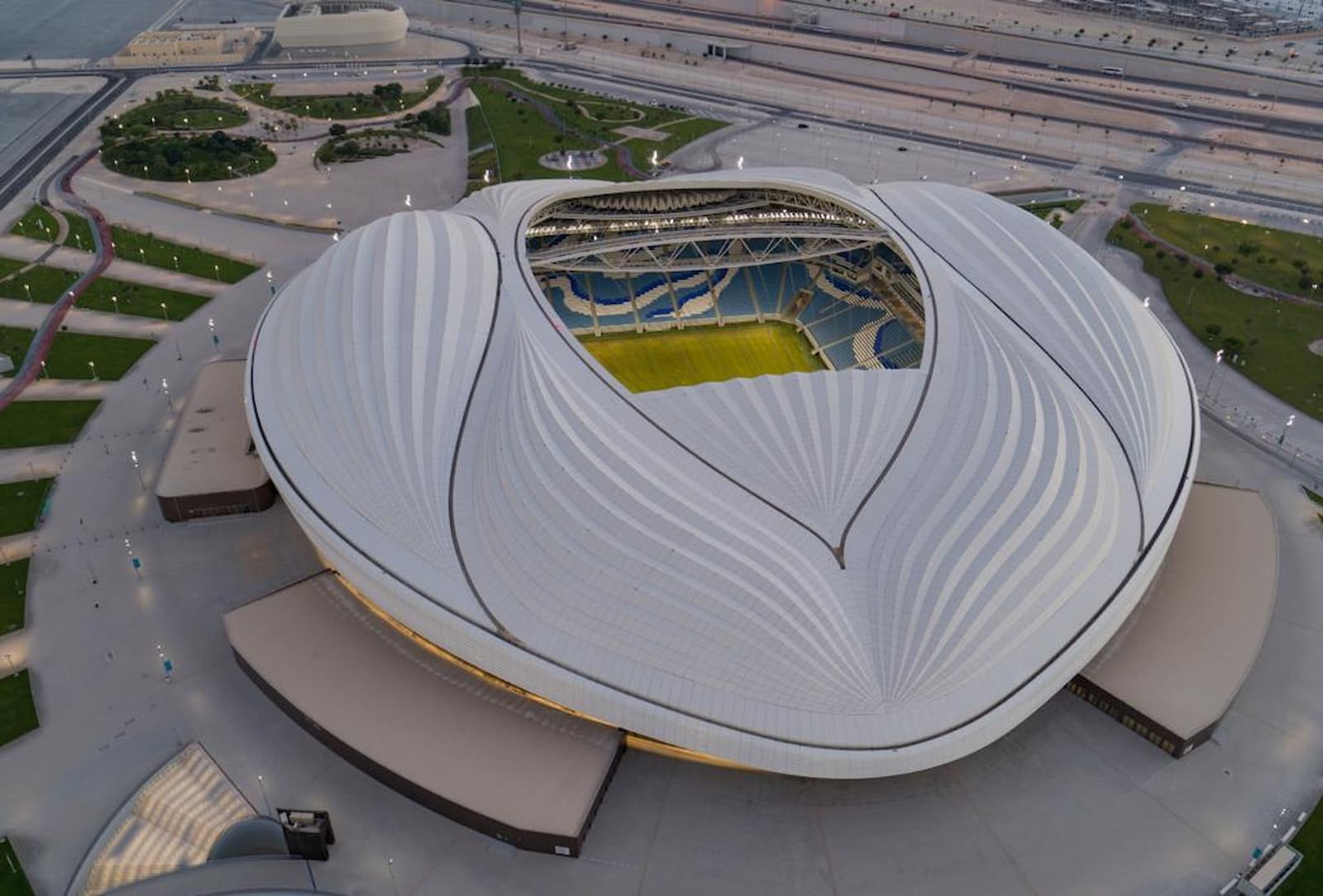 Located in Al Wakrah, Al Janoub Stadium was the first Qatar 2022 venue to be built from scratch. The stadium’s design is inspired by the sails of traditional dhow boats, in tribute to Al Wakrah’s seafaring past. Built with an innovative cooling system and retractable roof, the venue can be used all year round.

Inauguration: The stadium was inaugurated on May 16, 2019, when it hosted the 47th Amir Cup final

FIFA Arab Cup Qatar 2021: The stadium will host six matches up to the quarter-finals stage

Qatar 2022: Al Janoub will stage seven matches up to the round of 16 stage 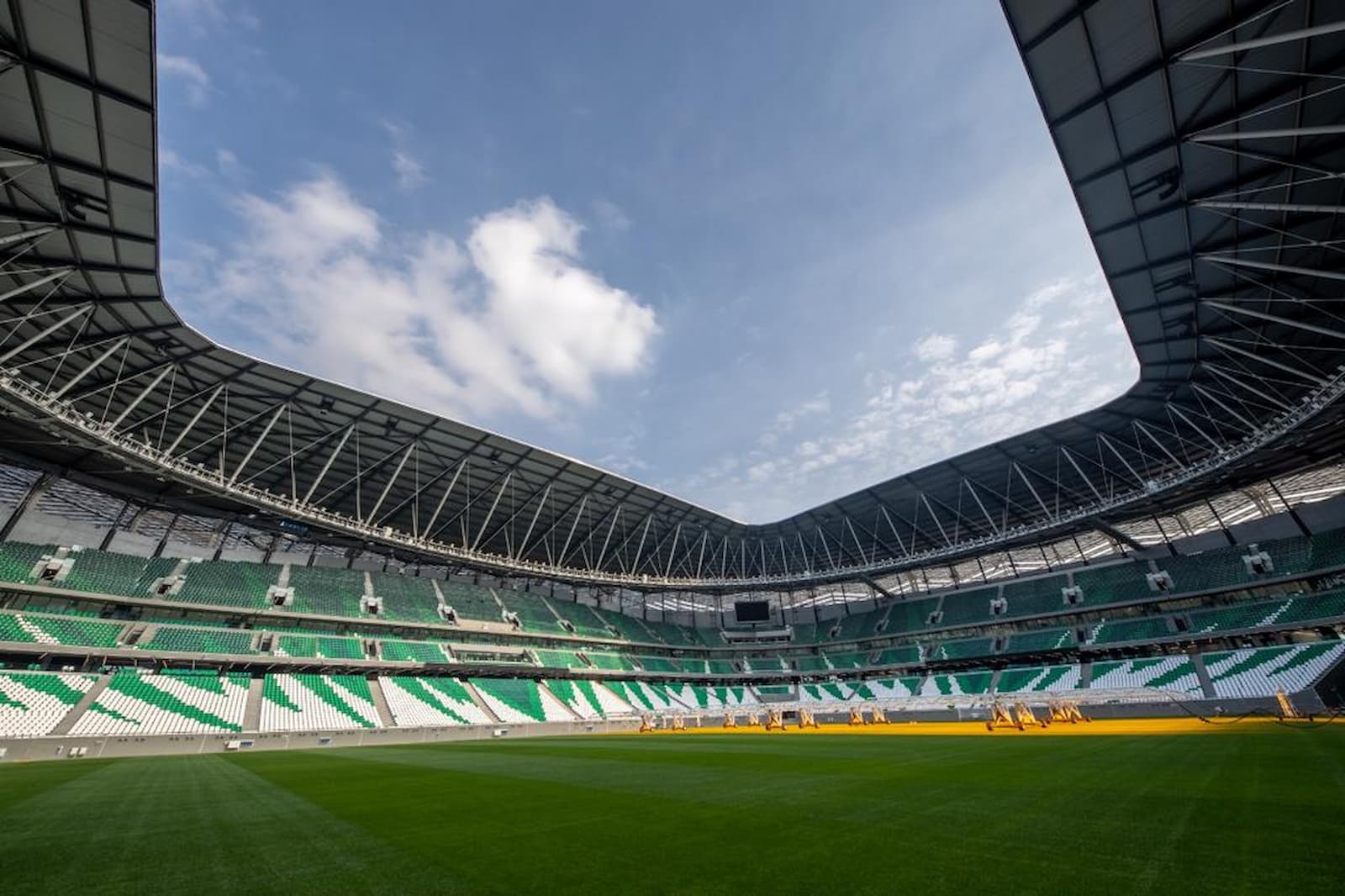 Located in Education City, home of Qatar Foundation, the stadium’s façade features triangles that form complex, diamond-like geometrical patterns which appear to change color with the sun’s movement across the sky. Like diamonds, the stadium’s design represents quality, durability and resilience.

The ‘Diamond in the Desert’ was also the first Qatar 2022 tournament venue to achieve a five-star design and build rating from the Global Sustainability Assessment System.

Inaugurated: The stadium was inaugurated in June 2020 through a specially-programmed digital launch as a tribute to frontline healthcare workers during the COVID-19 pandemic

Major matches hosted: The stadium hosted matches in the 2020 AFC Champions League and four games during the FIFA Club World Cup Qatar 2020, including the final on February 11, 2021.

FIFA Arab Cup Qatar 2021: The stadium will host five matches up to the quarter-finals stage

Qatar 2022: Education City will stage eight matches up to the quarter-finals stage 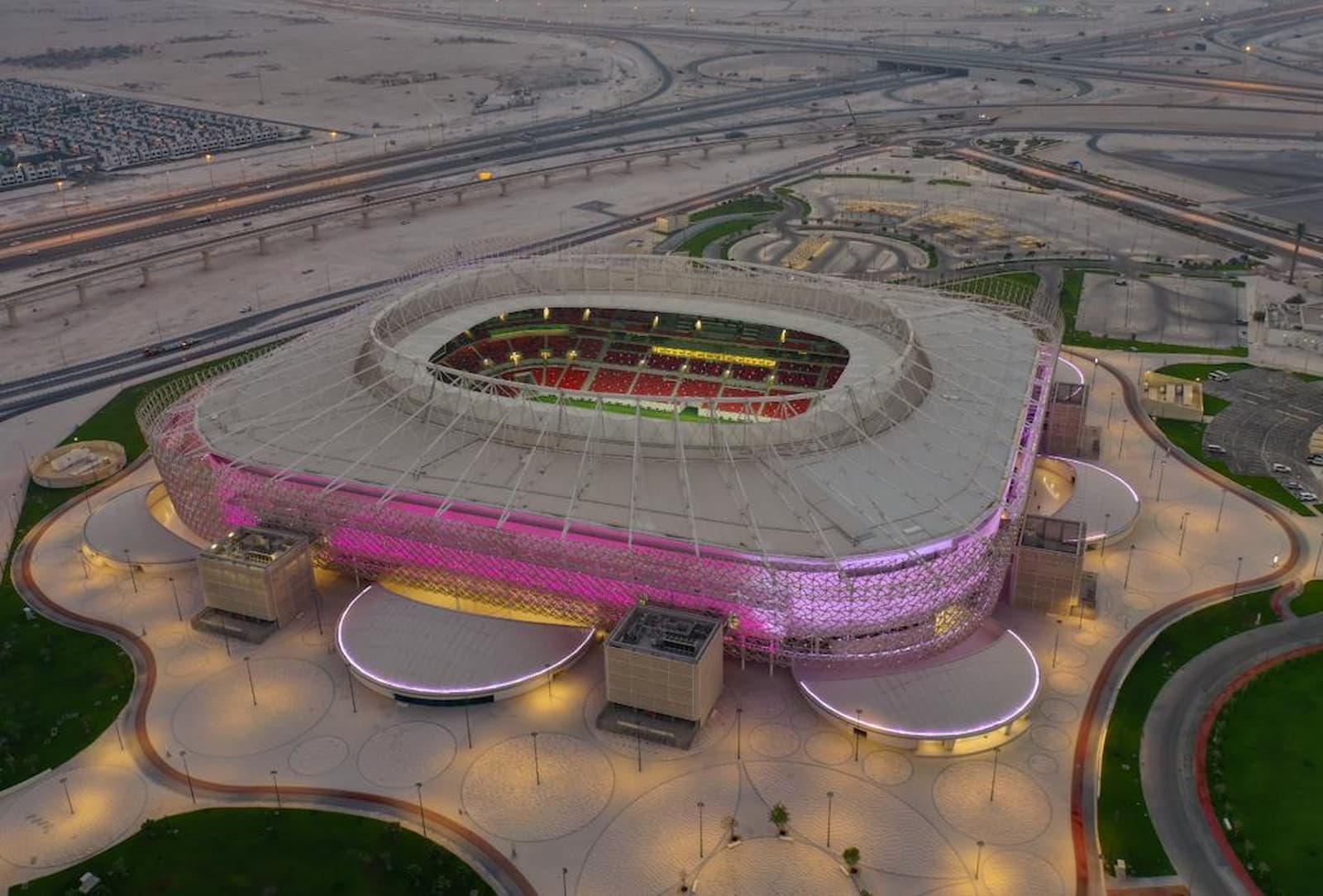 Located in the city of Al Rayyan, the stadium was built on the site of the old venue – also named Ahmad Bin Ali Stadium – with many of the materials from the deconstructed venue being used in the new project. The stadium’s most striking feature is a glowing façade, comprised of patterns that characterize different aspects of the country: the importance of family, the beauty of the desert, native flora and fauna, and local and international trade.

Inauguration: The stadium was inaugurated on December 18, 2020, when it hosted the 48th Amir Cup final 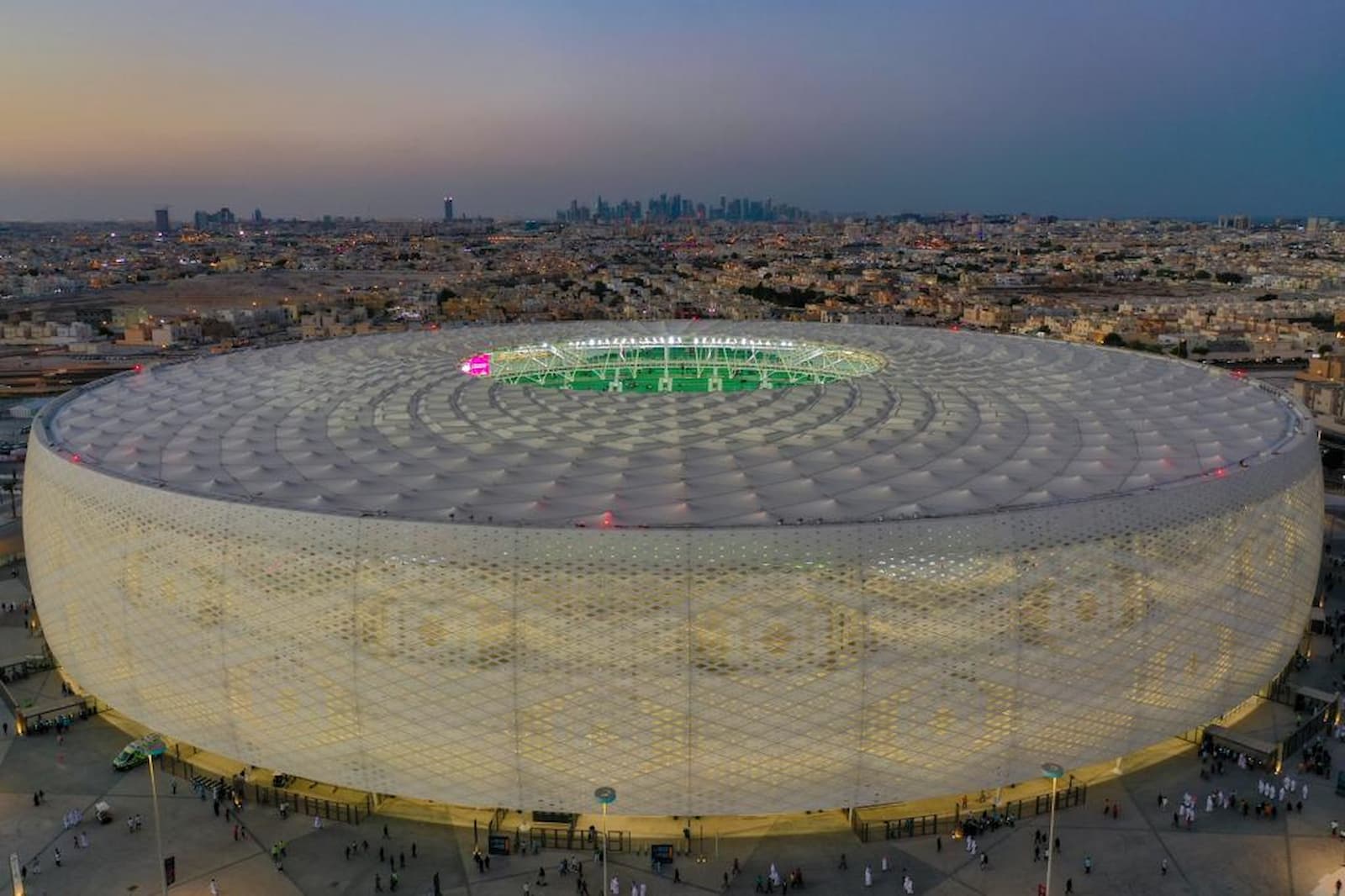 Qatari architect Ibrahim M. Jaidah’s inspiration for the design of Al Thumama Stadium was the ‘gahfiya’ – a traditional woven cap worn by men and boys across the Middle East. The gahfiya forms a fundamental layer of the traditional clothing of the region. It is also a symbol of dignity and independence. In May 2018, the venue’s design won the MIPIM/The Architectural Review Future Project Award.

Inauguration: Al Thumama was inaugurated on October 22, 2021, when it hosted the 49th Amir Cup final

FIFA Arab Cup Qatar 2021:  The stadium will host six matches up to the semi-finals stage

Qatar 2022: Al Thumama will stage eight matches up to the quarter-finals 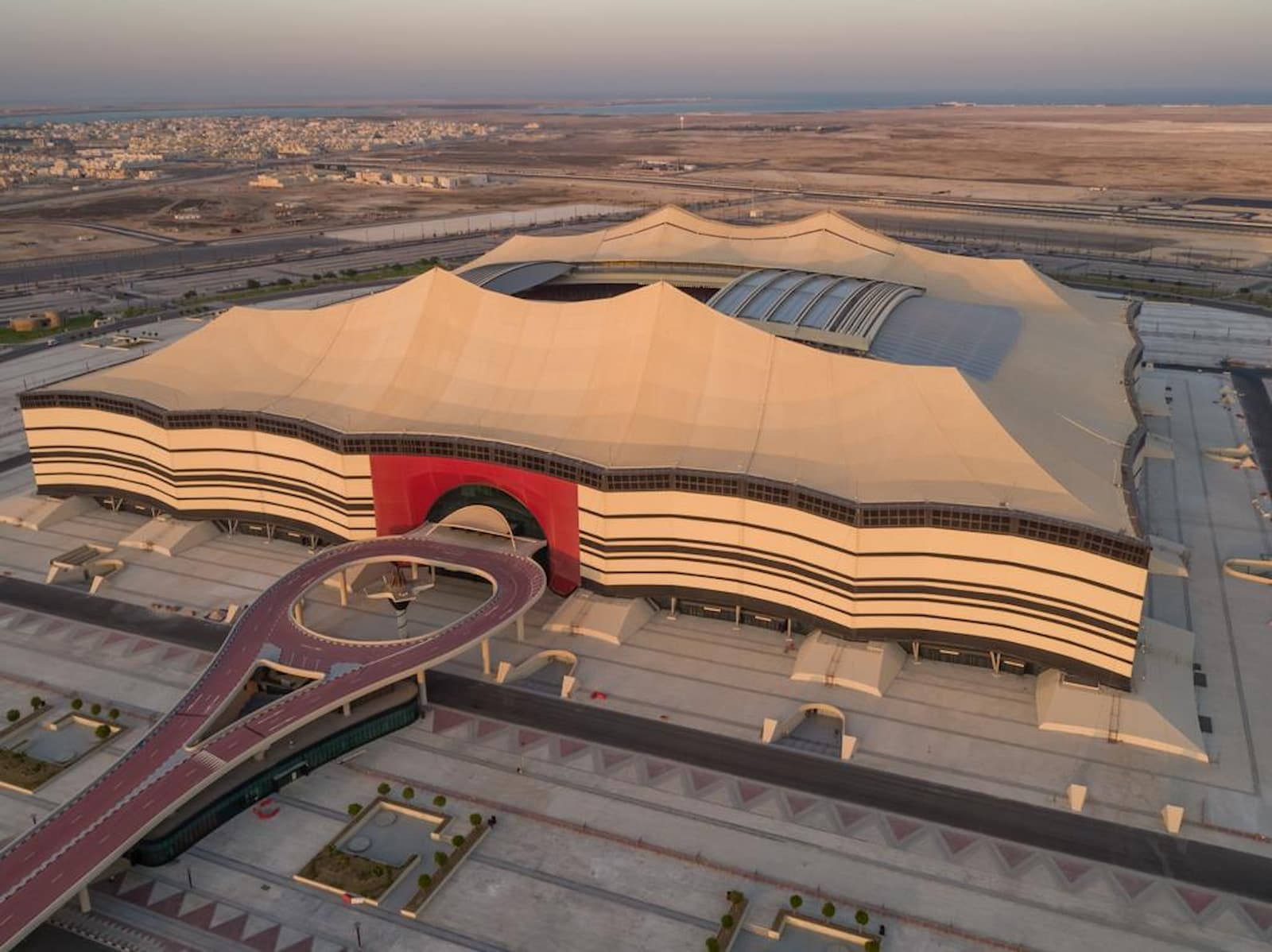 Located in Al Khor, the spectacular Al Bayt Stadium takes its inspiration from ‘bayt al sha’ar’ – which were tents historically used by nomadic peoples in Qatar and the Gulf region.

The design honors Qatar’s past and present, while keeping one eye on the future of the community. The stadium precinct includes the vast Al Bayt Park, which opened in February 2020.

Inauguration: On November 30, the stadium will be inaugurated during the opening day of the FIFA Arab Cup Qatar 2021 when it hosts the match between Qatar and Bahrain

FIFA Arab Cup Qatar 2021: The stadium will host five matches, including the final on December 18

Qatar 2022: Al Bayt will stage nine matches up to the semi-finals stage. This includes the opening match of the tournament 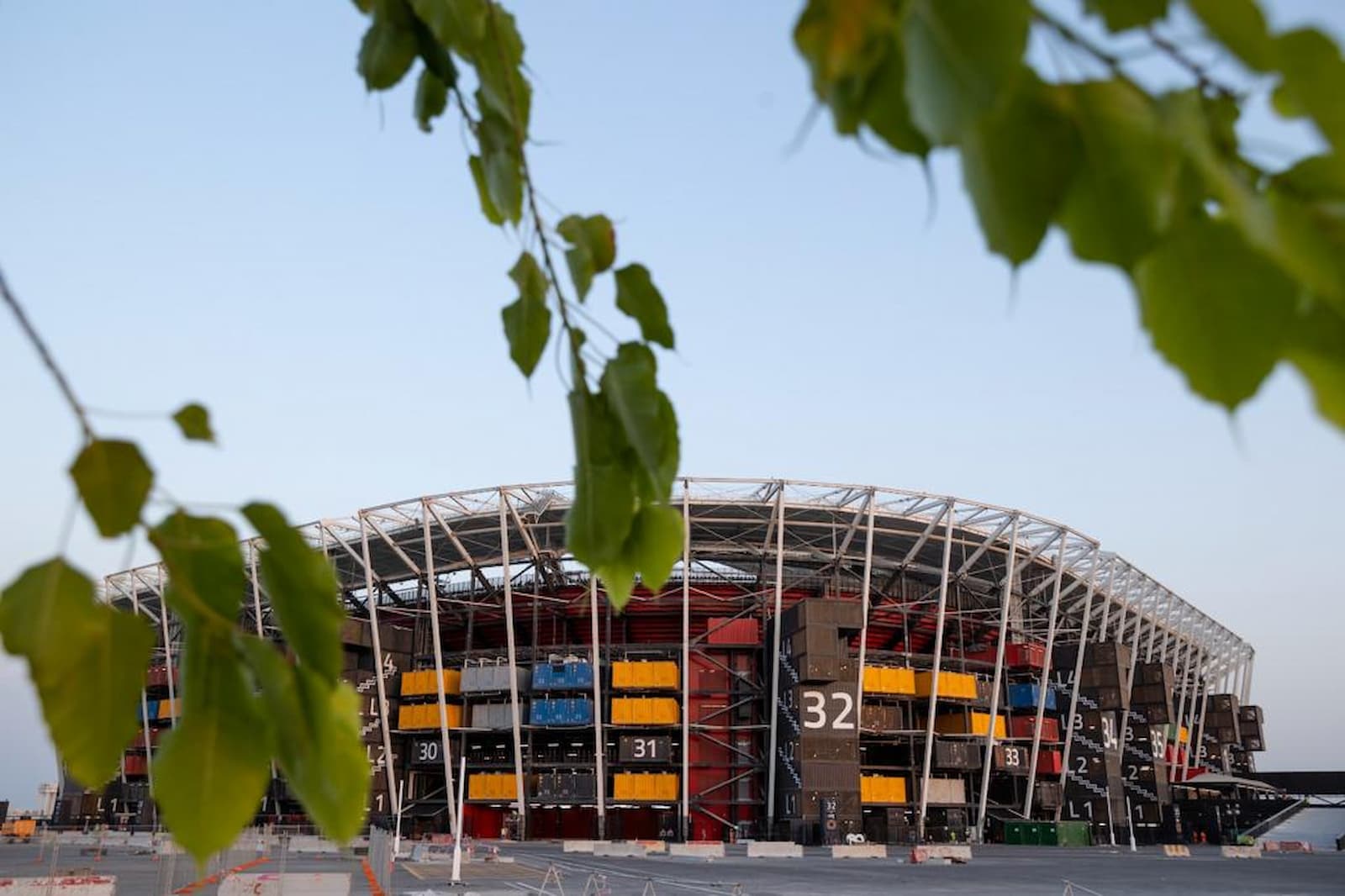 Built using modified shipping containers and modular steel elements, Stadium 974 is the first fully demountable stadium in FIFA World Cup history. The design is inspired by Doha’s character and history as a major port city on the Arabian Gulf. 974 is the number of shipping containers used in the development and also Qatar’s international dialing code.

Inauguration: The stadium was unveiled during a digital launch on November 20, 2021 and will hold its first match on the opening day of the FIFA Arab Cup Qatar 2021 when the United Arab Emirates play Syria on November 30, 2021 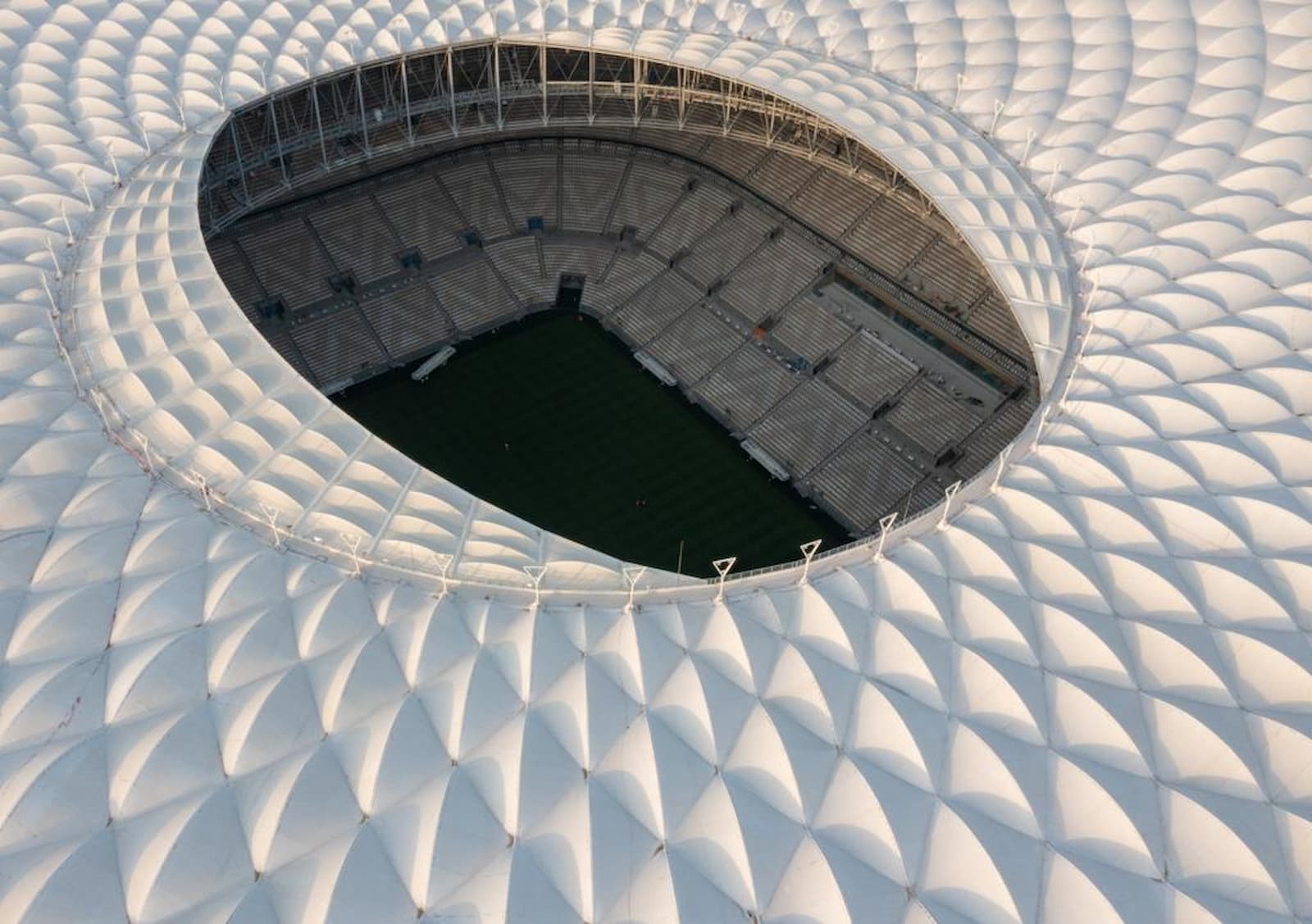 Located in Lusail City, the stadium is Qatar’s largest tournament venue. The design is inspired by the interplay of light and shadow that characterizes the 'fanar' lantern.

Lusail's shape and facade echo the intricate decorative motifs on bowls and other vessels characteristic of the golden age of art and craftsmanship in the Arab and Islamic world.

Progress: The stadium has been completed and will be inaugurated in 2022

FIFA World Cup Qatar 2022: Lusail will host ten matches during every stage of Qatar 2022, including the final 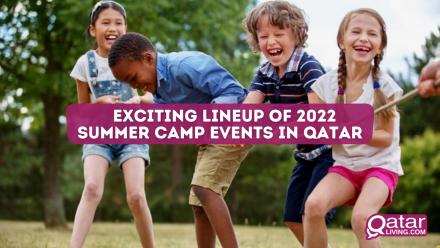 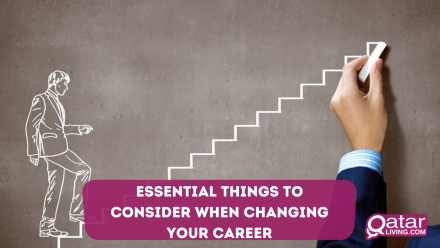 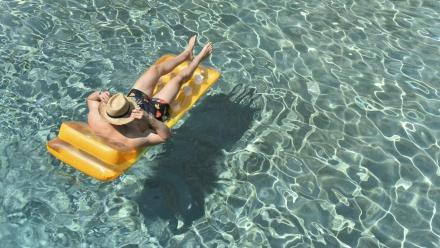 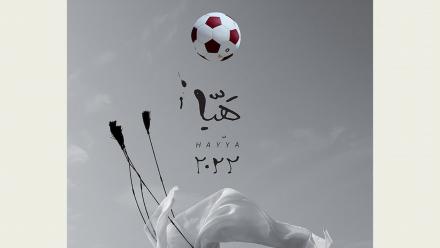 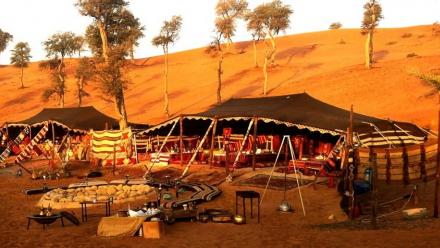 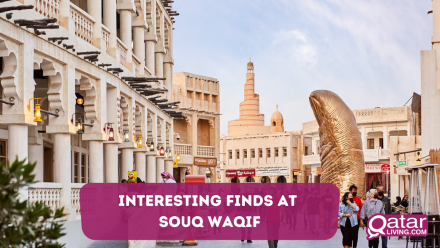 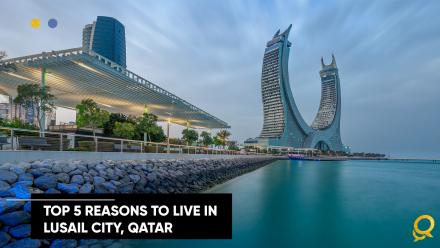 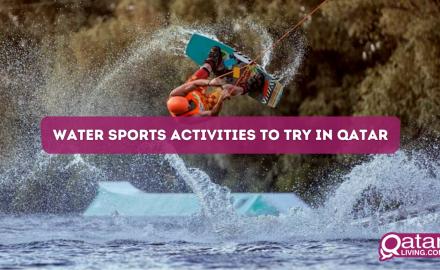 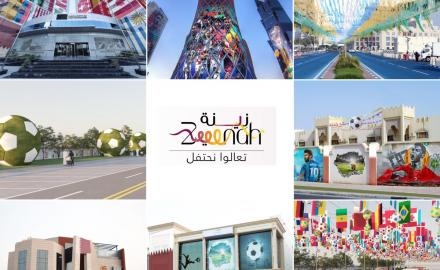 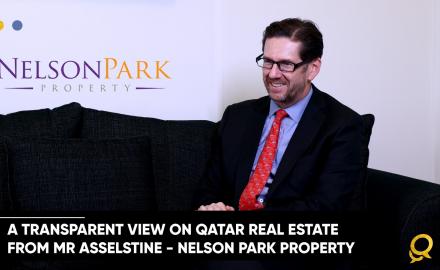