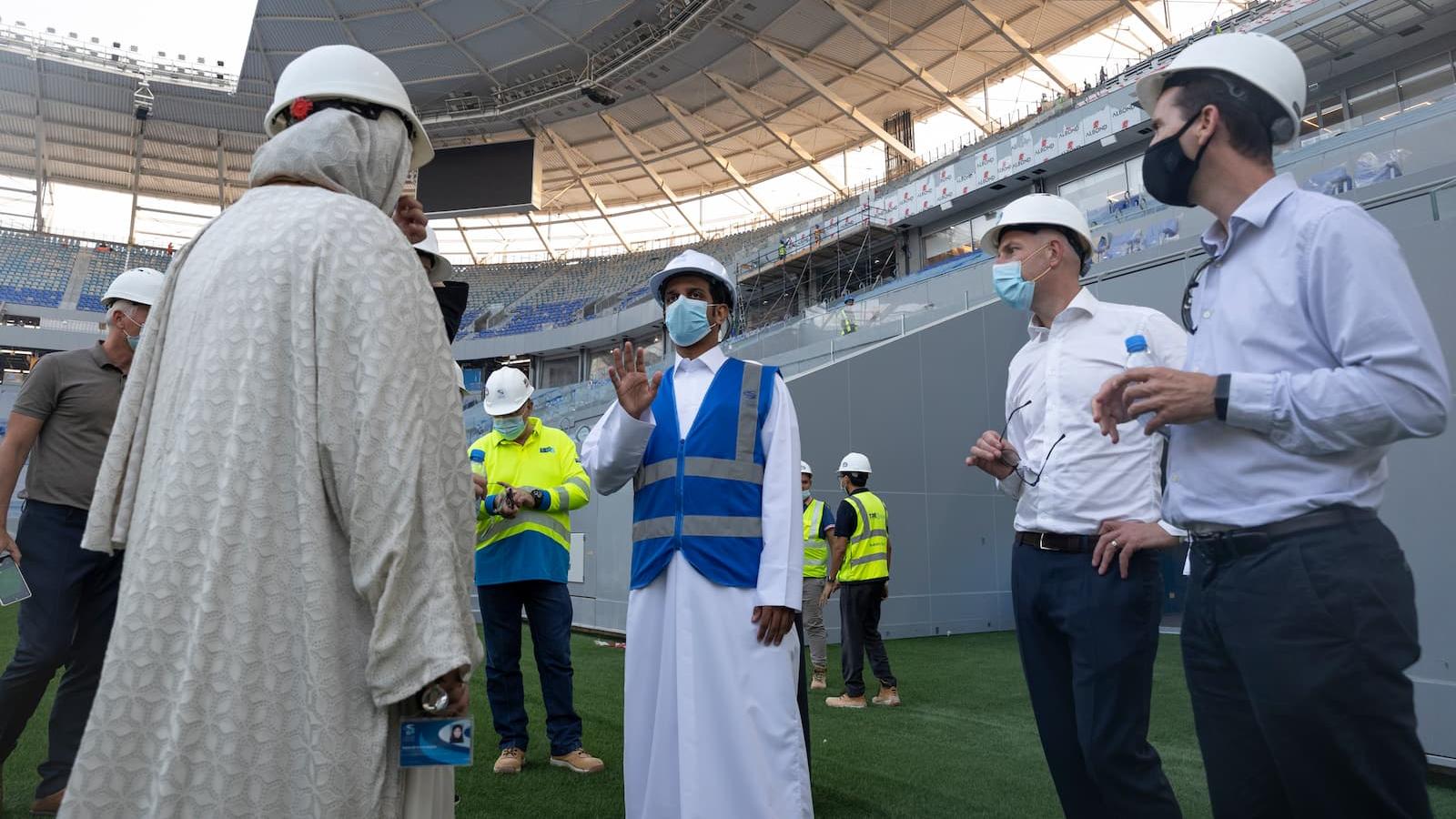 The UEFA delegation included members of its workers’ rights working group, who were given an extensive overview of Qatar’s progress in relation to workers’ welfare.

The SC outlined the various measures it had implemented over the past decade to protect workers, including numerous health and safety initiatives, the recruitment fee reimbursement program, innovative cooling workwear and nutrition programs, among various other special projects.

QFA and SC representatives also gave an overview of host country preparations and led a visit to Ras Abu Aboud Stadium, which is the first fully dismountable tournament venue in FIFA World Cup history. The 40,000-capacity stadium will be inaugurated during the FIFA Arab Cup, set to take place in Qatar later this year. The tournament will help Qatar fine-tune preparations ahead of the FIFA World Cup, which will kick off on November 21, 2022.

In addition to meetings with the QFA and the SC, UEFA members met representatives from the UN’s International Labour Organization (ILO), the global trade union Building and Wood Worker’s International, and the National Human Rights Committee. 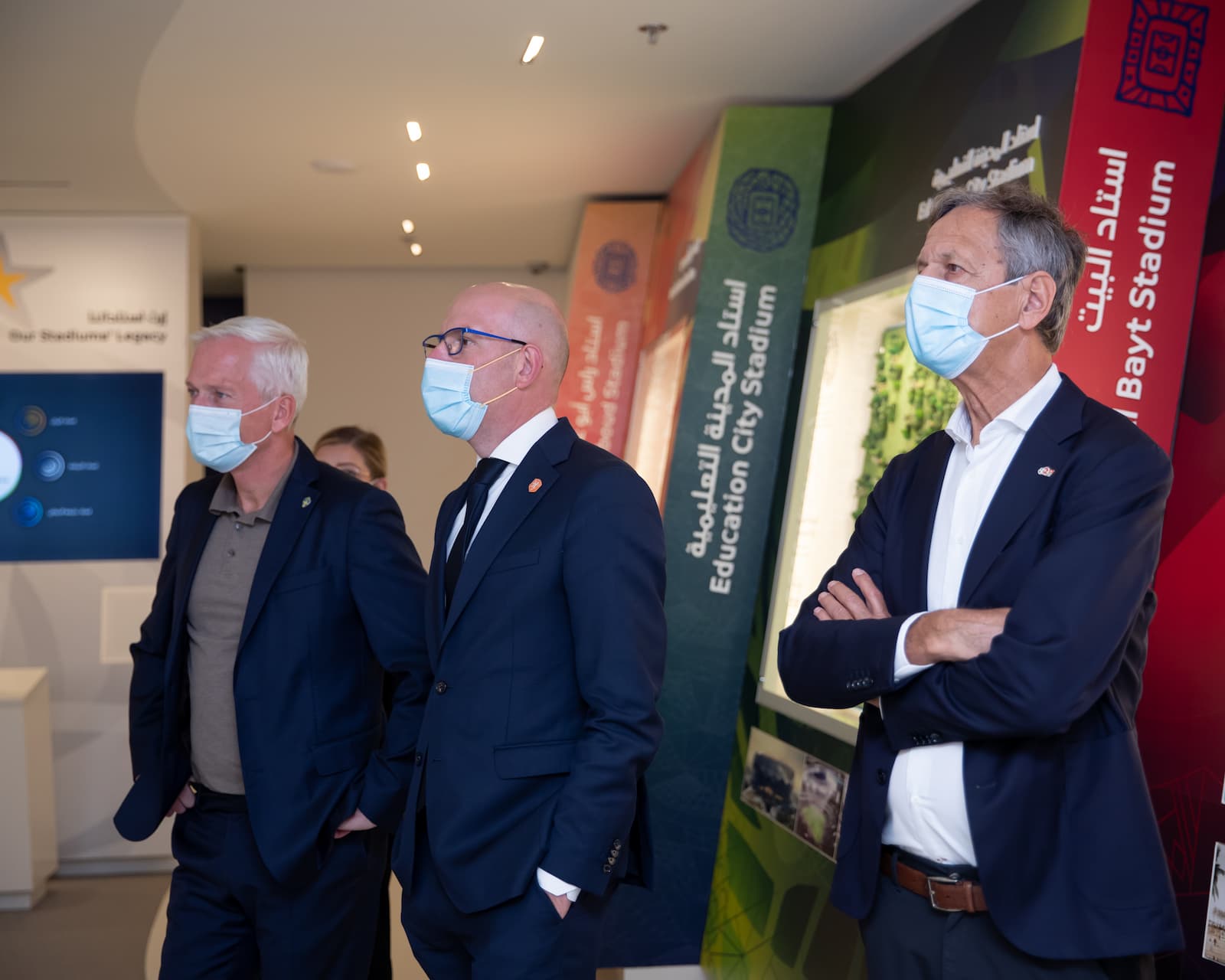 Nasser Al Khater, CEO, FIFA World Cup Qatar 2022 LLC, said, "We’re pleased to have welcomed members of the UEFA working group to Doha to witness firsthand the important work being done in relation to workers’ welfare by the Government and various independent organizations that operate in Qatar.

"Being able to demonstrate progress in person and on the ground in Doha is always far more impactful and we look forward to welcoming the entire group back for their next visit to see further improvements and initiatives implemented. While many positive steps have taken place since Qatar was awarded the tournament in 2010, we are well aware that there is still more work to be done and are as committed as ever to ensuring labor reform will be one of the country’s longest lasting World Cup legacies."

Michele Uva, UEFA’s Football and Social Responsibility Director, said, "In our initial meetings we agreed that the working group aims to consolidate the commitment and subsequent input to share with the organizers from a UEFA perspective. We wish to understand the impact the World Cup is having regarding human rights and labor rights. All of us agree that football has the potential to create meaningful change in these areas and that’s why we feel it is our duty that we engage strongly in this discussion.

"This first visit to Qatar follows three online meetings and helps us to better understand the situation with the Qatar authorities and to be able to evaluate potential progress and highlight future steps in the human rights journey. We thank the Qatar authorities and in particular the Supreme Committee for Delivery and Legacy for their openness, transparency, and commitment to dialogue they offered us. We are sure that together we will contribute to improve the legacy of this event." 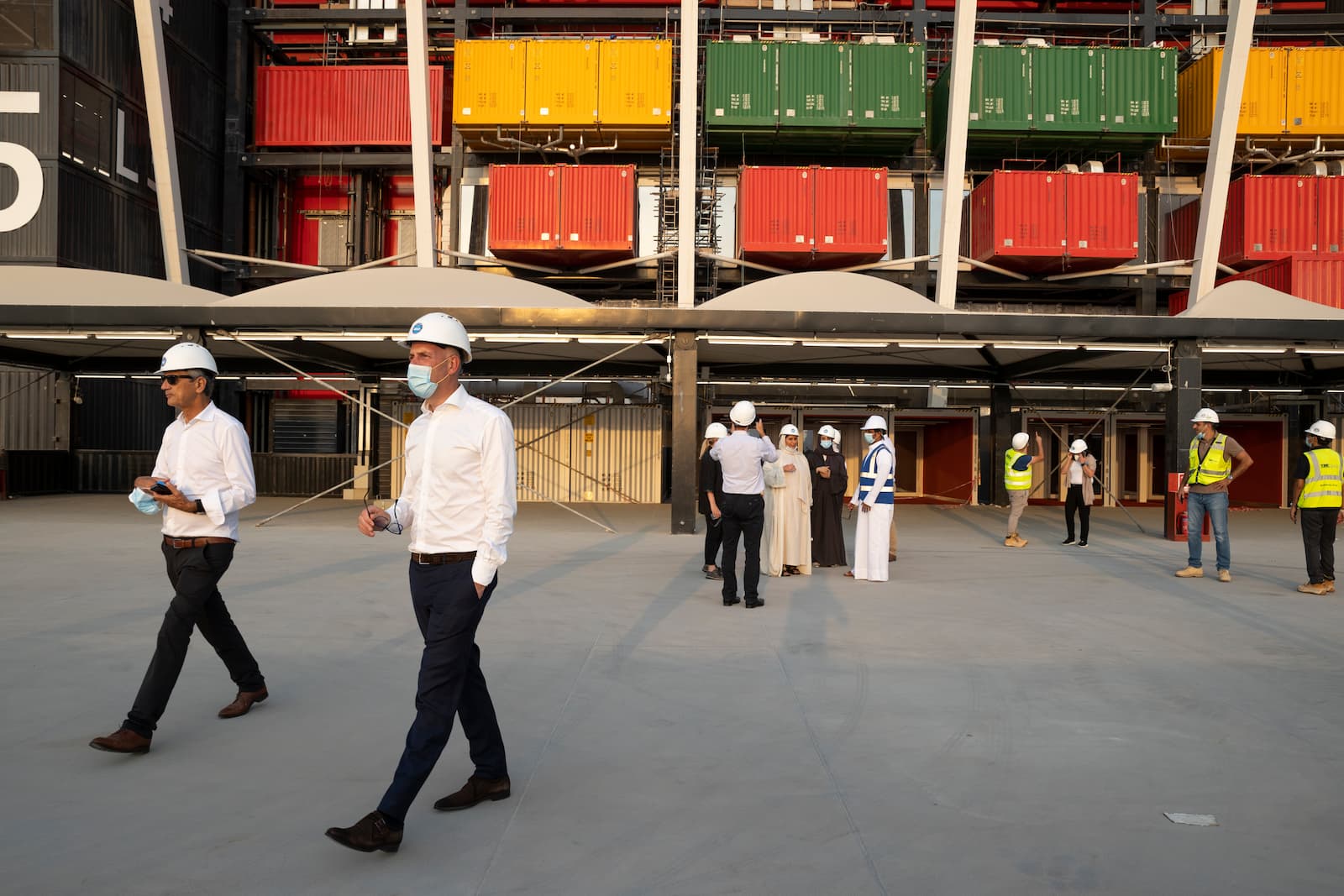 In summarizing the visit, Gijs de Jong, Member or the UEFA Working Group and General Secretary of the Royal Netherlands Football Association said, "It is clear that Qatar has made significant positive progress with human rights legislation in the last three years. There is no doubt this progress has accelerated as a result of the FIFA World Cup being awarded. The challenge is the legislation is not yet universally adopted, and whilst efforts are being made, there is a need for further work. We believe the working group and the European associations can play a supporting role in this, as well as in the outline of further development, and hope to do so through continued engagement and dialogue."

Mansoor Al Ansari, Secretary General of the QFA, said, "It was a pleasure to meet with representatives from UEFA here in Doha and discuss a range of aspects related to Qatar 2022. The working group were particularly interested to learn about the SC’s workers’ welfare program and recent national labor reforms, which has overseen a raft of initiatives to protect the health, safety and wellbeing of everybody who is engaged on Qatar’s World Cup project. In collaboration with the SC, our guests also received a full overview of the tournament, including stadiums, country-wide infrastructure and our various legacy projects. We look forward to continuing our dialogue with UEFA during the lead-up to the FIFA World Cup and beyond."

The QFA and SC will host more delegations from UEFA between now and the tournament to further explore the legacy the FIFA World Cup will deliver for Qatar, the Middle East and the world.

By QLNews·0·4 days 9 min ago
The Amir HH Sheikh Tamim bin Hamad Al-Thani delivered a speech at the General Debate of the 76th session of the United Nations General Assembly, which took place at the UN headquarters in New York earlier today. 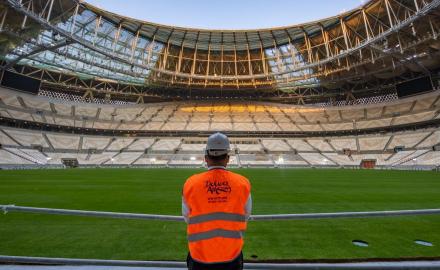 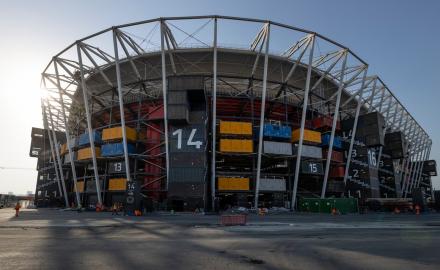