As the FIFA World Cup Qatar 2022 is closer than ever - only 55 days remain until kick-off - and the qualified teams have already secured their places to stay in Qatar.  Qatar has built multiple base camp facilities to ensure that each team for the World Cup has its own headquarters to relax and train throughout their time in Qatar. Listed below are some of the details of the qualified teams and their base camps in Qatar:

Before reading about the hotels that the teams are staying in, check out information on Short Term Accommodations and Hotel Stays, if you wish to stay in Qatar for the World Cup or any other vacation. 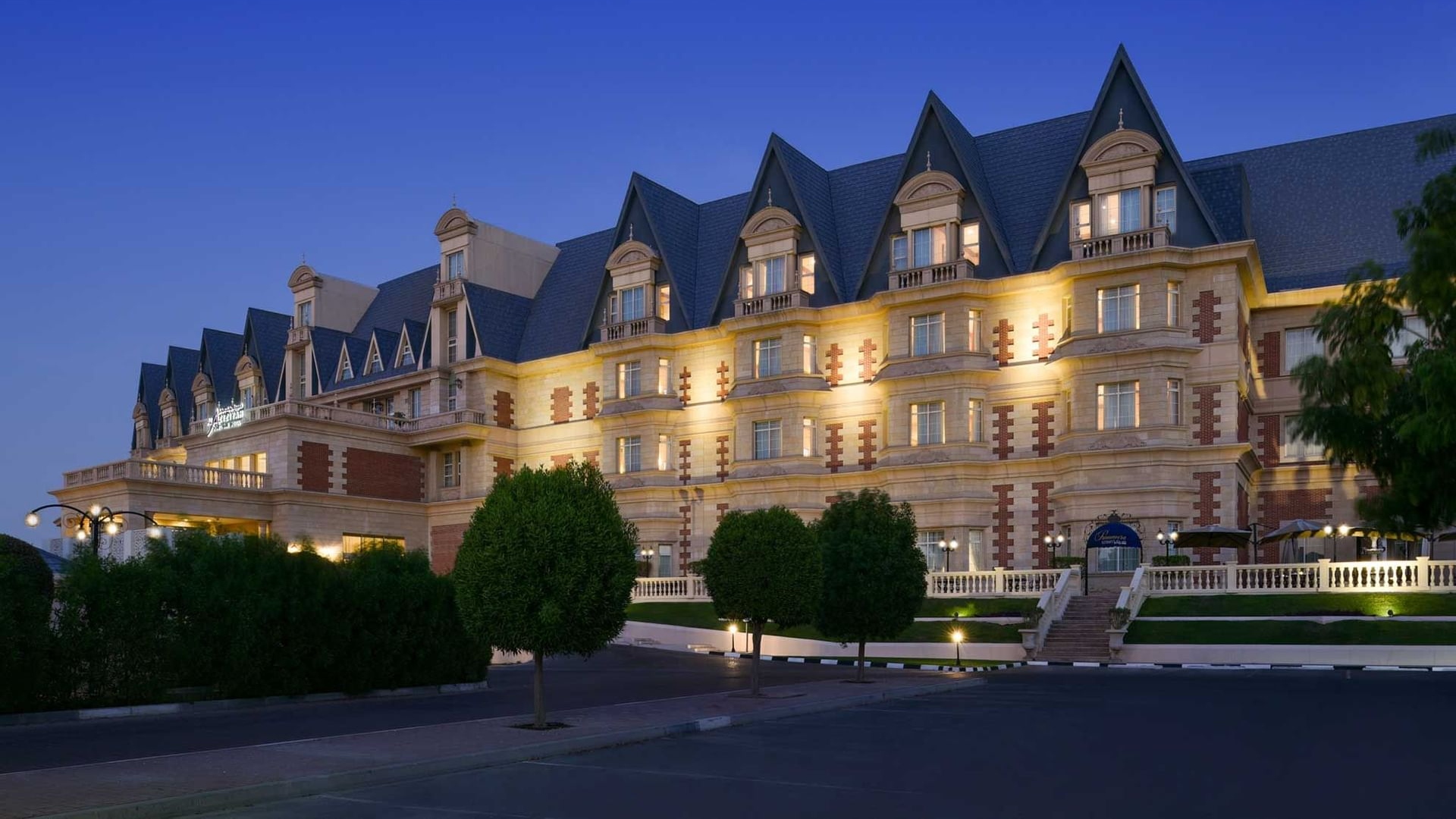 The hotel features four restaurants offering different culinary experiences. A multitude of wellness facilities, including a luxury spa, fitness facilities, outdoor and indoor swimming pool ensures a stay there will always be a pleasure. 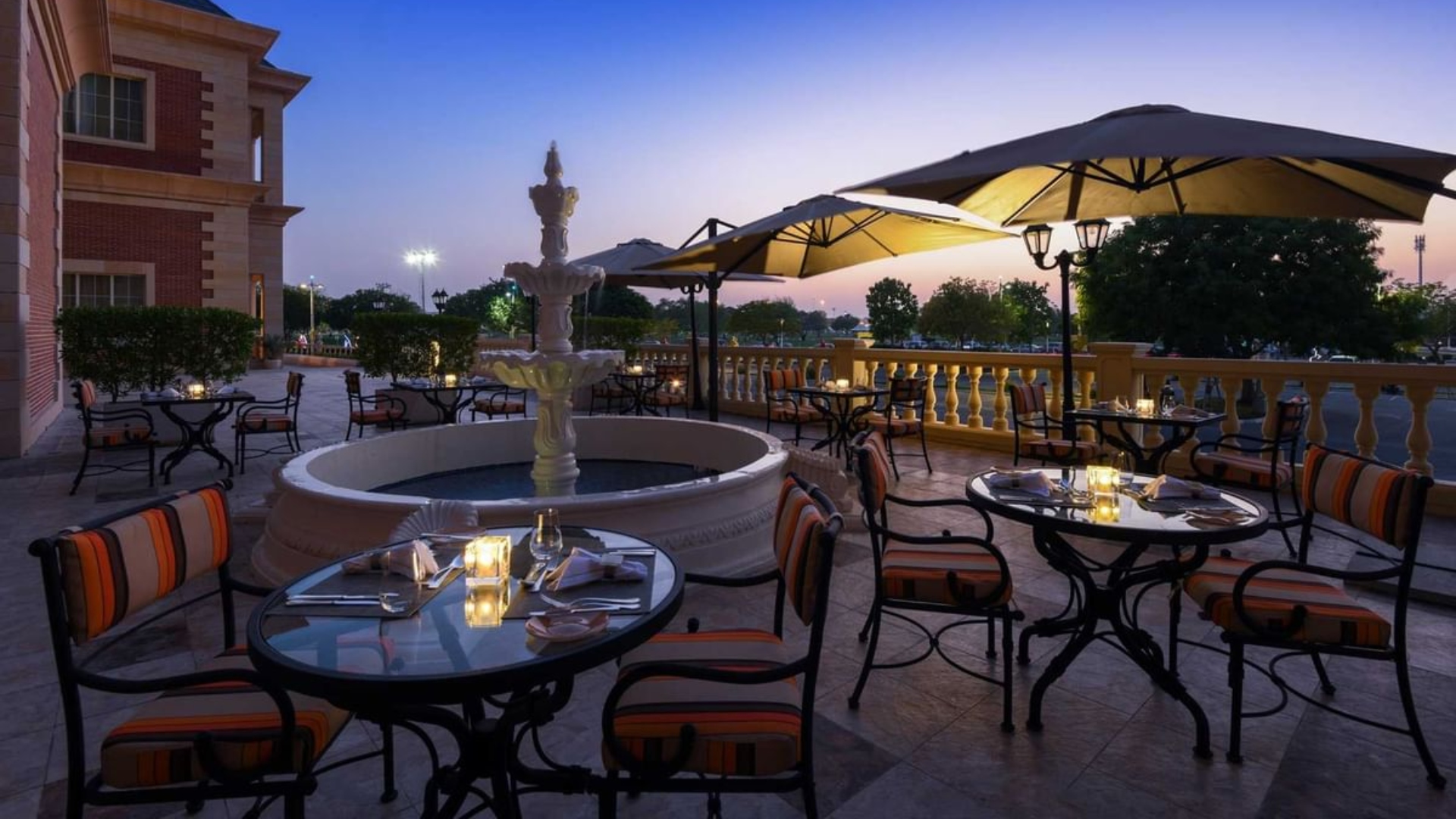 The hotel is located in Aspire Zone, Al Waab. Al Waab, is one of the top places to live in Qatar, especially for families. Aspire park, a huge facility for recreation and sport is located in Aspire Zone. Aspire Zone also houses the FIFA World Cup Qatar stadium, Khalifa International Stadium, one of the finest sports facilities in the world. Gated compounds are very common in Al Waab along with several western-curriculum schools and basic amenities in close proximity. Notable facilities are metro stations, private clinics, the Aspire Zone, Hyatt Plaza, and Villaggio Mall. If you're interested in living close to this hotel, click here to view properties in Al Waab. 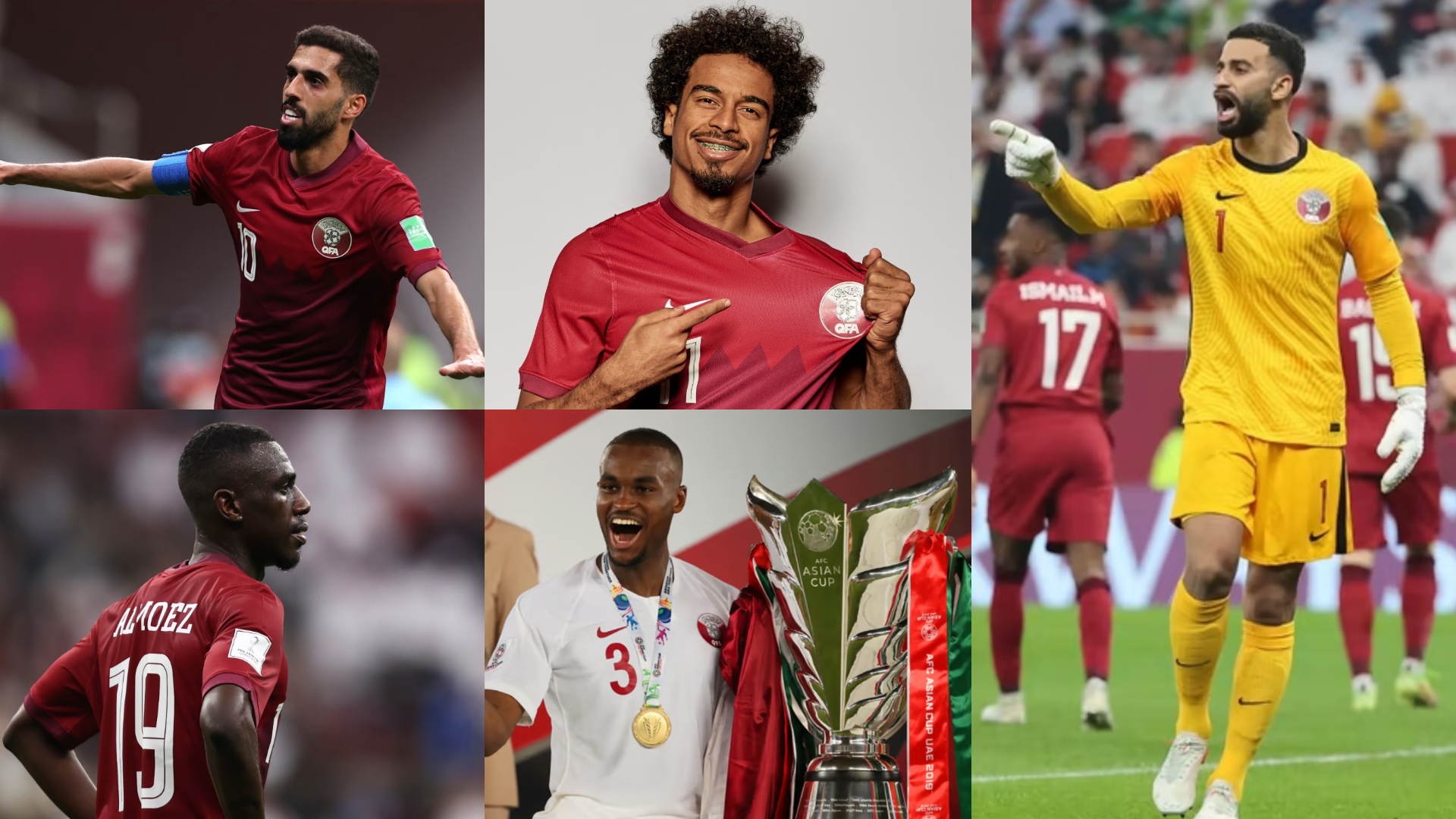 World Cup hosts Qatar are set to make their FIFA World Cup debut led by Spaniard, Félix Sánchez. The Qatar national football team had jumped to 48th place globally, fourth in the Arab world, and fifth in Asia, in the FIFA rankings for the month of August. 70% of the squad of the Qatar Football National Team that won the 2019 AFC Asian Cup was developed at Aspire Academy. Star players of the team are:

The English national team announced their desired location to be the Souq Al Wakra Hotel by Tivol, located in the coastal town of Al Wakra, which lies just over 20km from Doha city centre. 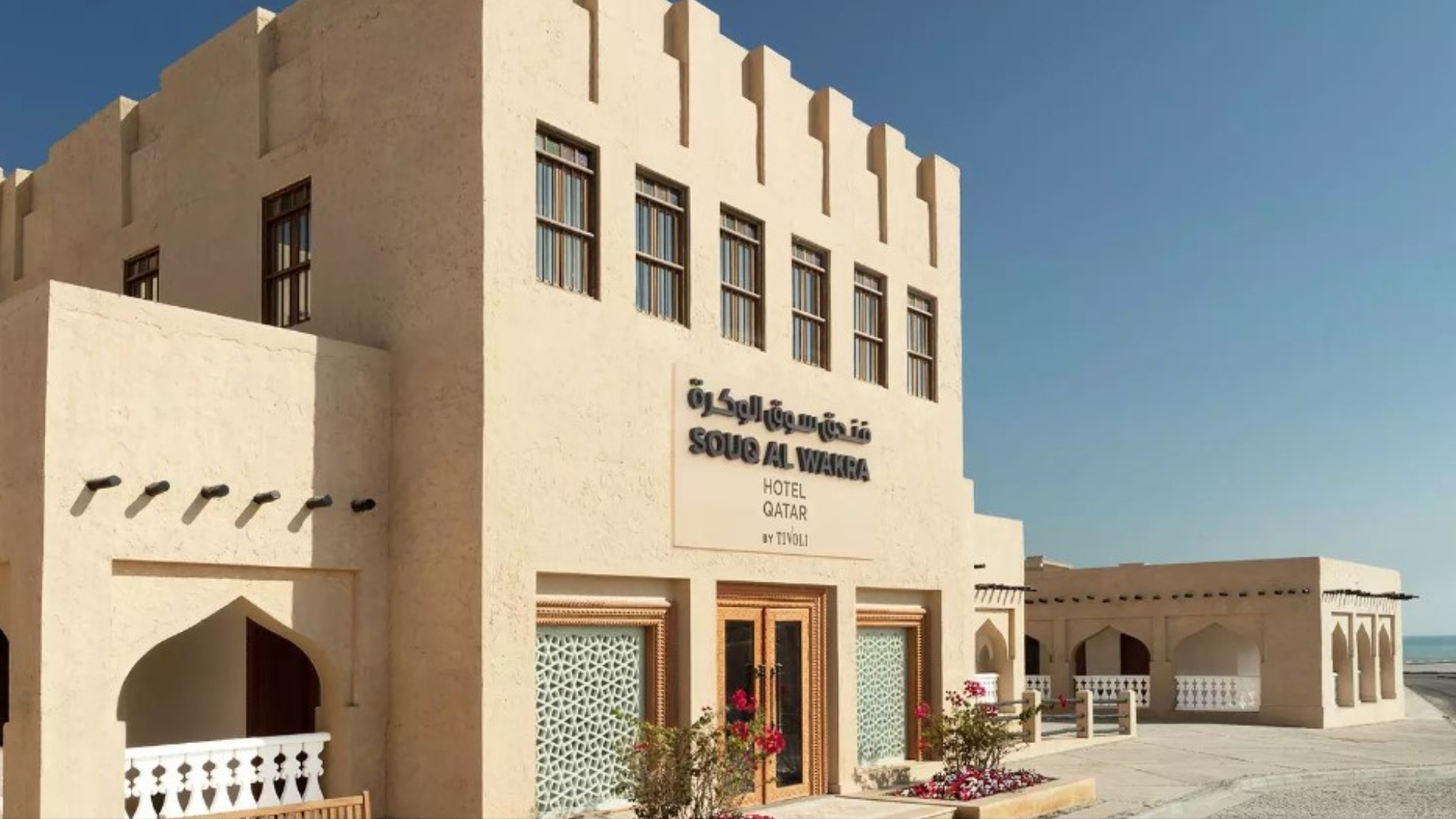 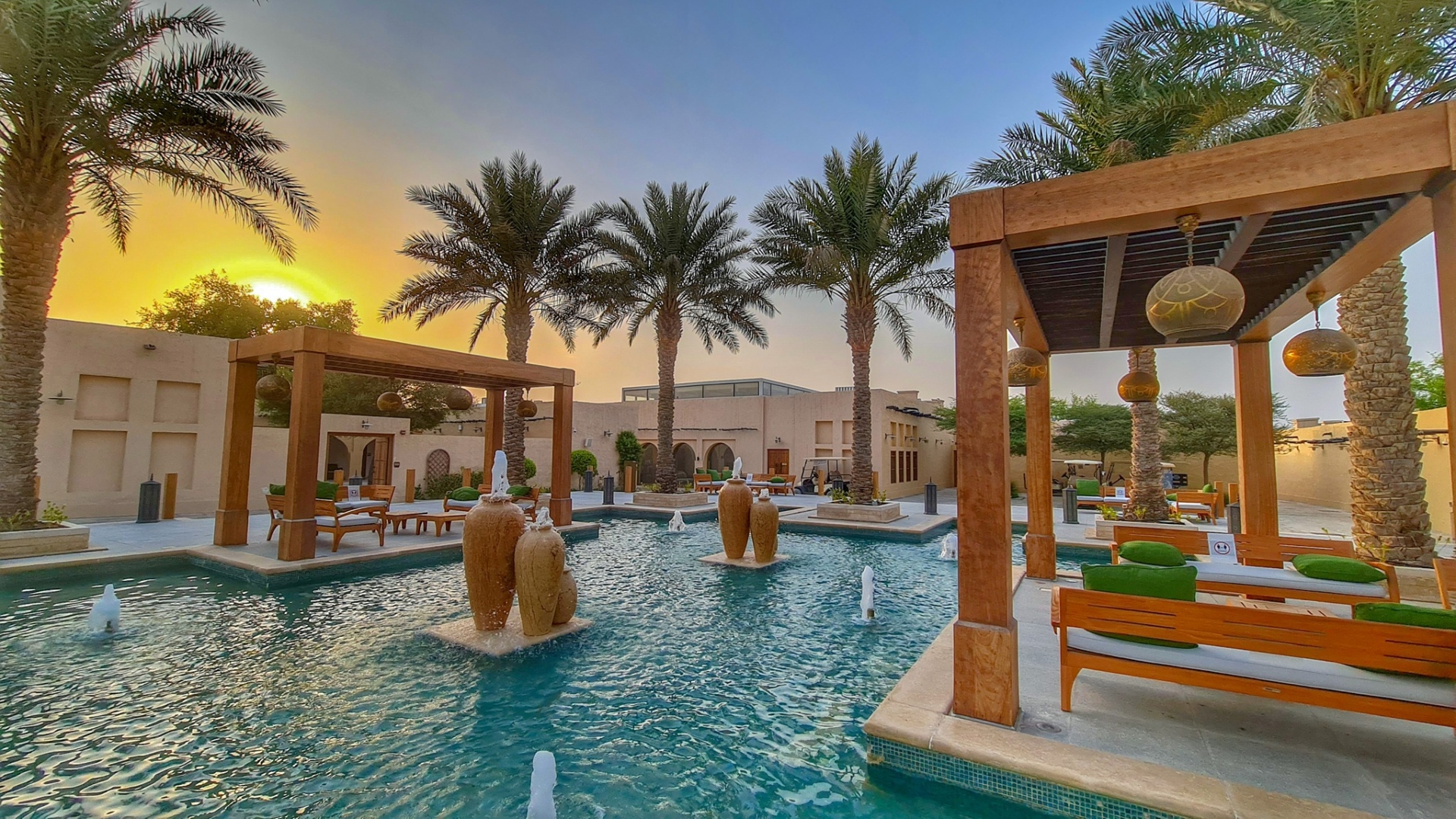 The hotel is located in Al Wakrah, Qatar’s former fishing and pearling land. The city is another great place to live in with all the key facilities provided. Al Wakrah is home to Al Wakrah Hospital, a number of local and international schools around, Ezdan Mall, Al Janoub Stadium (FIFA World Cup 2022 stadium), Al Wakrah metro station, and more. If you're interested in living close to this hotel, click here to view properties in Al Wakrah. 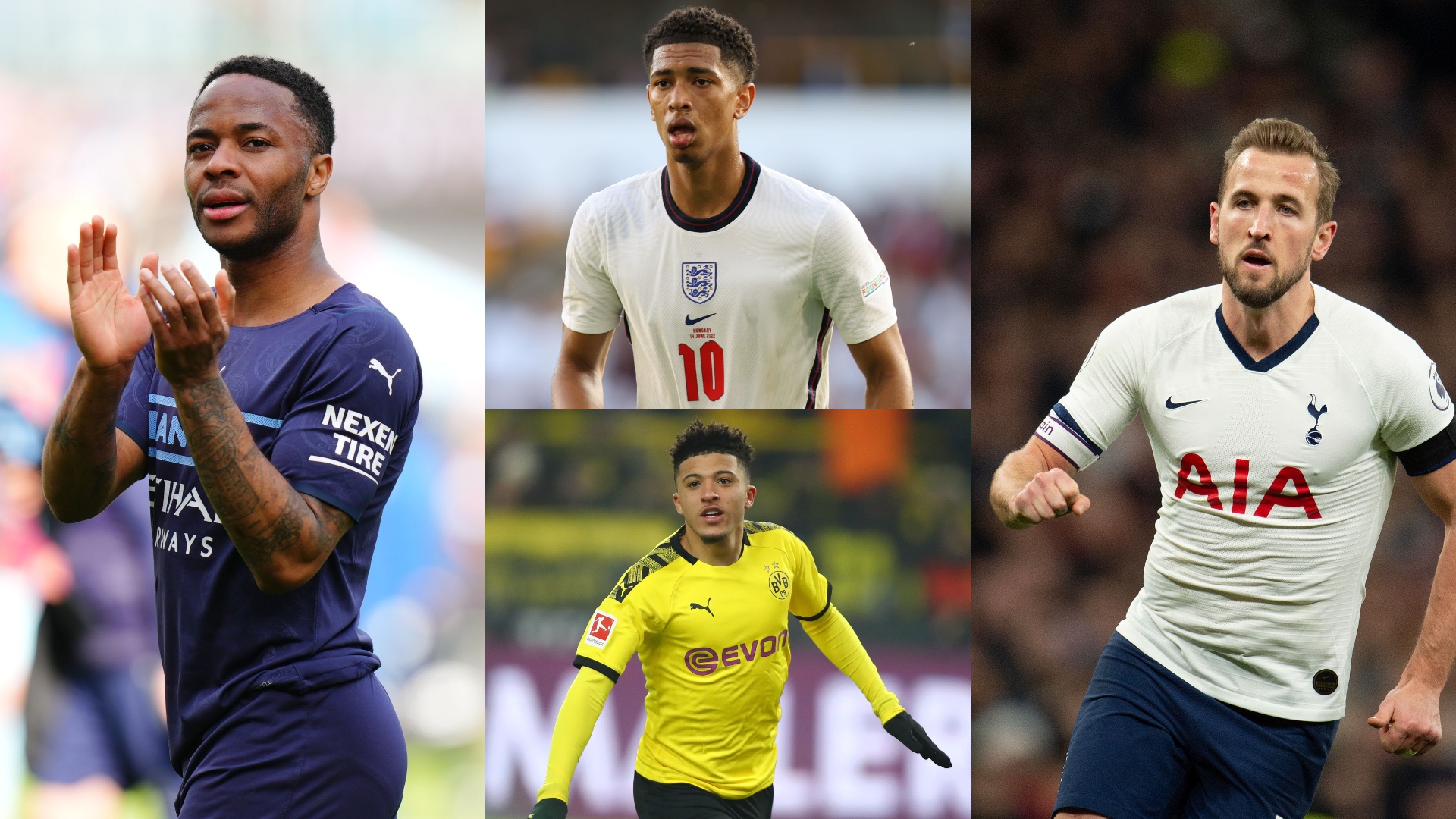 England's national football team has some of the best English players who also play for top clubs in the Premier League. Led by professional football manager and former football player, Gareth Southgate, has taken England to two World Cup semi-finals in five years. Star players of the team are:

FIFA approved Spain’s & Argentina’s request to stay at the Qatar university during the tournament in November and December. On a spread of 2,000 acres, Qatar University is located on the northern outskirts of Doha. 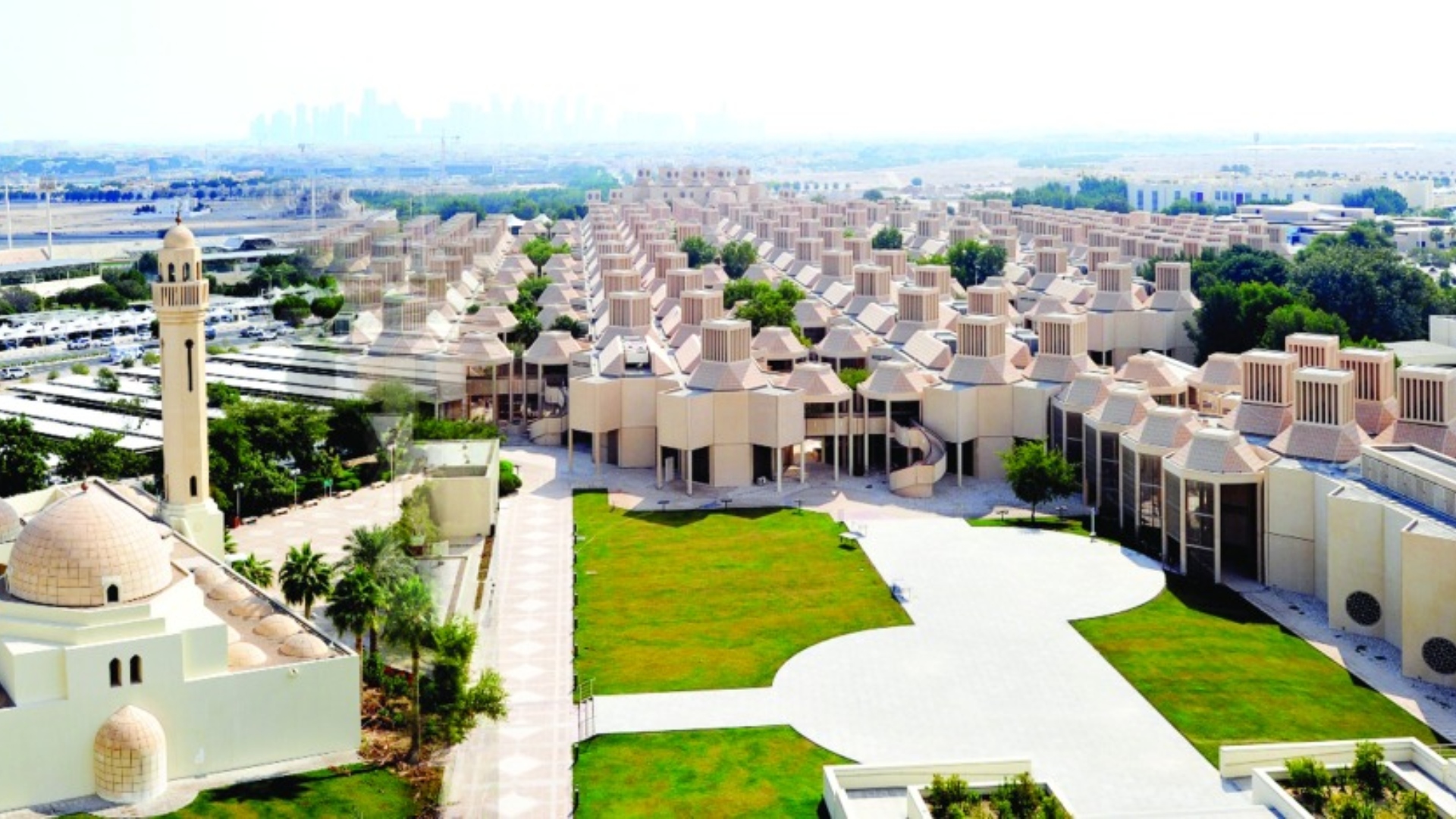 Two training fields will be used exclusively by the Spanish national team. Both the national teams are satisfied with the university's facilities needed for preparations during the competition, including gyms, recovery areas, and meeting rooms. The university is home to a number of distinguished sports facilities, including the QU Stadium built to international and Olympic specifications, and can hold up to 10,000 spectators. The residential units are outfitted with cutting-edge systems in accordance with health and safety regulations. 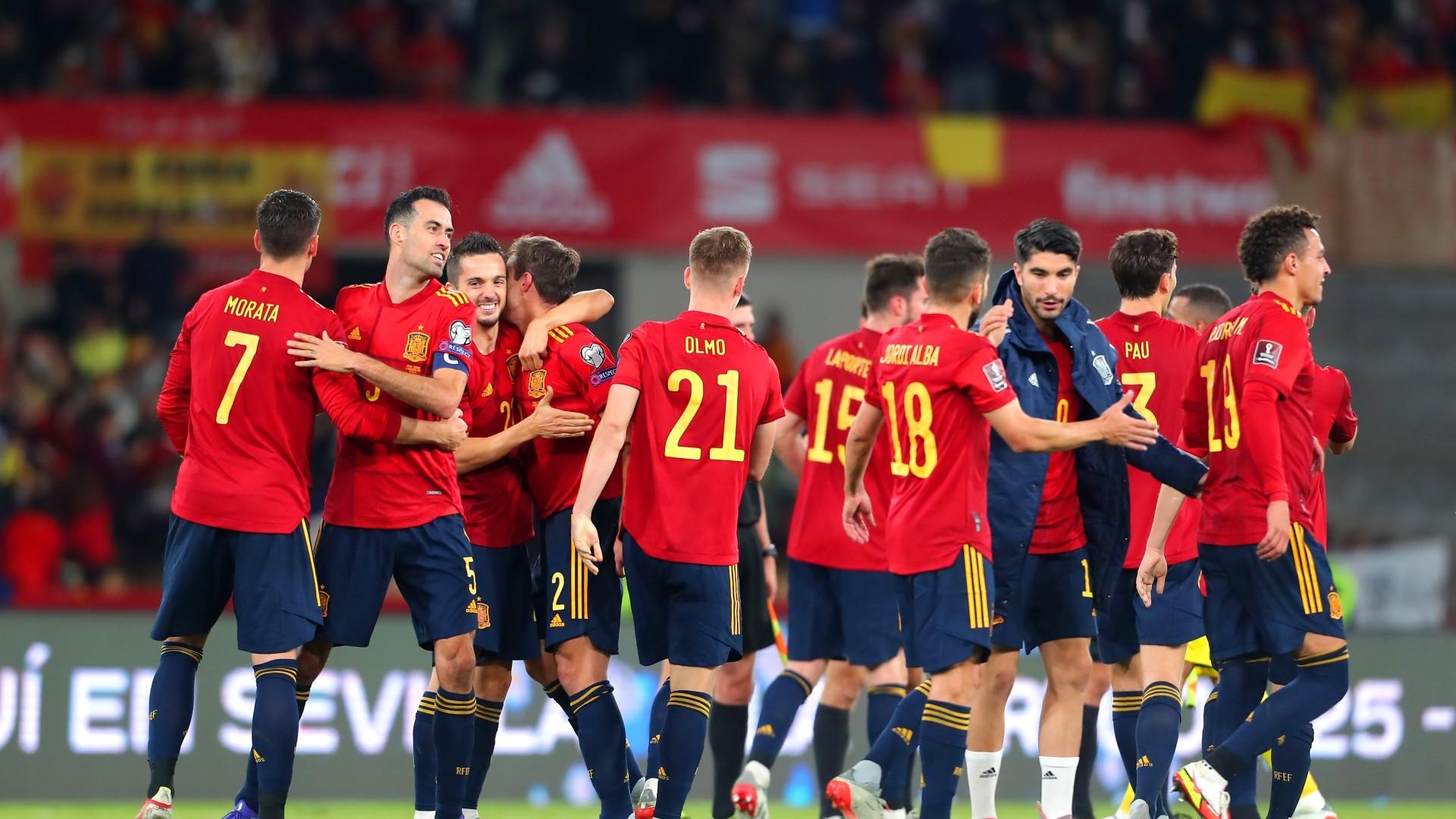 FIFA World Cup 2010 champions, Spain has been a majority favorite during the tournament.  Led by Luis Enrique, the team has been involved in some of the greatest matches and most in the Spanish football league, La Liga. Star players of the team are: 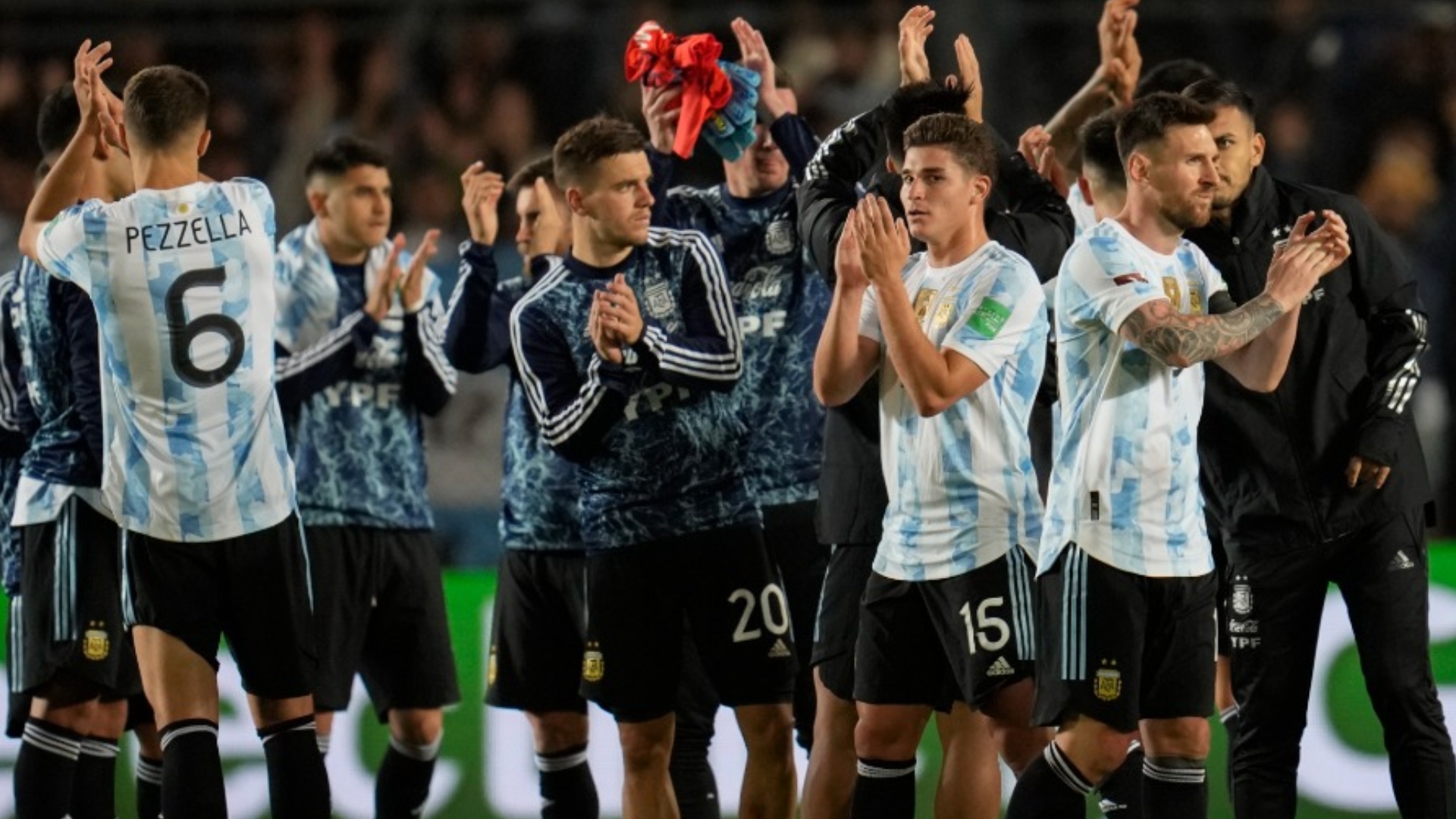 Argentina, two-time champions of the World Cup, will be led by Lionel Sebastián Scaloni. Argentina has another all-time great leading their squad in Lionel Messi. The team has drawn a relatively comfortable group on paper. They'll be coming up against Saudi Arabia, Mexico, and Poland. Star players of the team are:

The Portugal squad will be staying at the Al Samriya Autograph Collection hotel, located in the town of Al Samriya in the municipality of Al-Shahaniya, 29.7 kilometers from Doha. 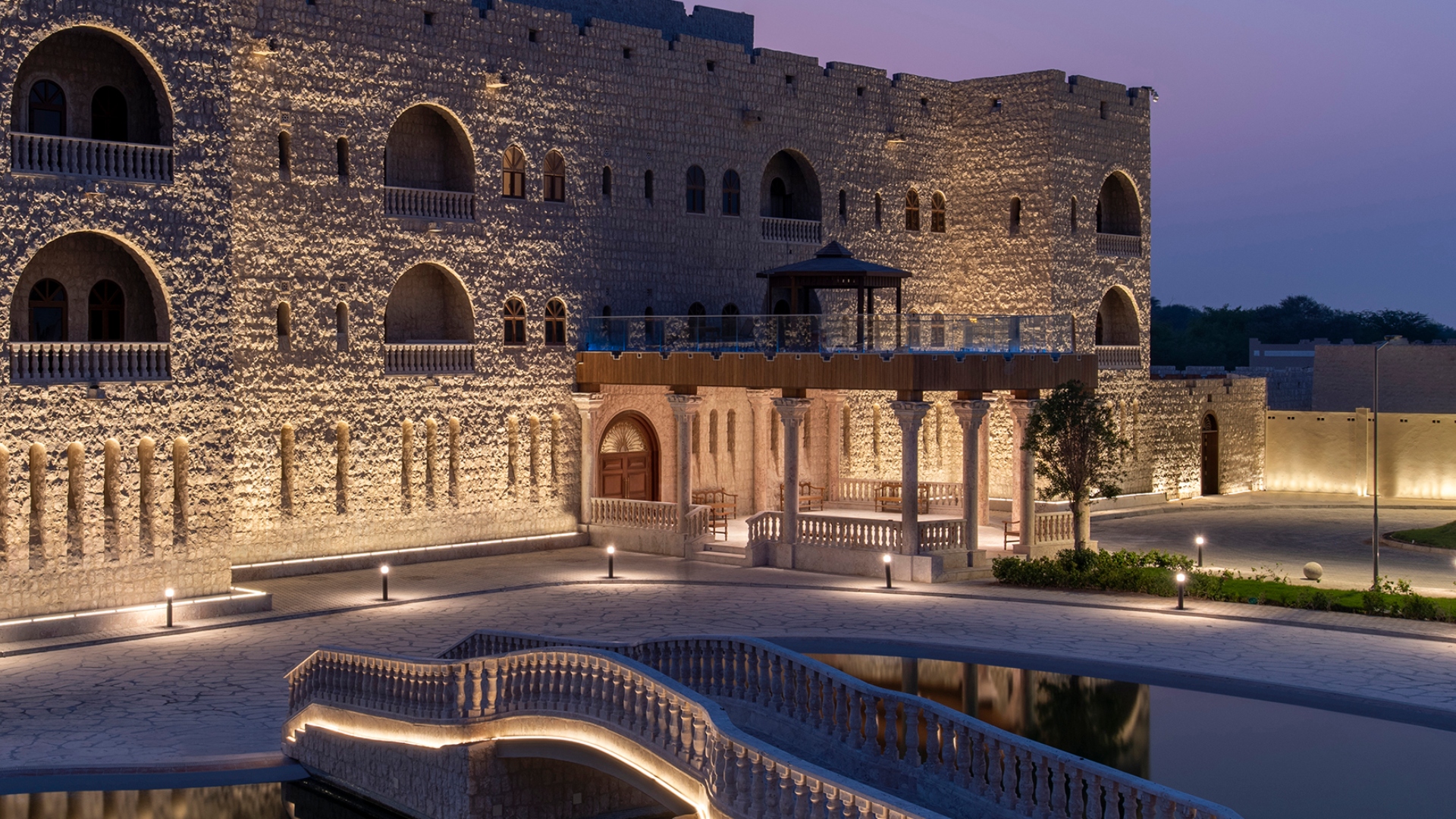 Al Samriya Autograph Collection hotel, which is managed by the Marriott International chain with a five star rating, will be a luxury resort set inside the grounds of a local farm.  Using local materials and traditional masonry techniques, the resort hosts over 60 rooms and 27 villas. There is also an outdoor pool, a spa, a fitness suite, a Lebanese restaurant on the property, and the neighboring Sheikh Faisal Bin Qassim Al Thani Museum.

With a strong core of players, the legendary Cristiano Ronaldo leading the team, they have an excellent shot at winning their first-ever World Cup.  Led by Fernando Santos. The team was not able to gain automatic qualification to the Qatar World Cup, rather it happened by luck but that does not mean the morale is down for the greatest tournament. The team is placed in group H and will be playing against Ghana, Uruguay and Korea. Star players of the team are:

France's national team will be based at the Al Messila resort during this year’s World Cup in Qatar. Al Messila is located 6km outside Doha, a luxury resort ideally located on 33 acres of mature forest. 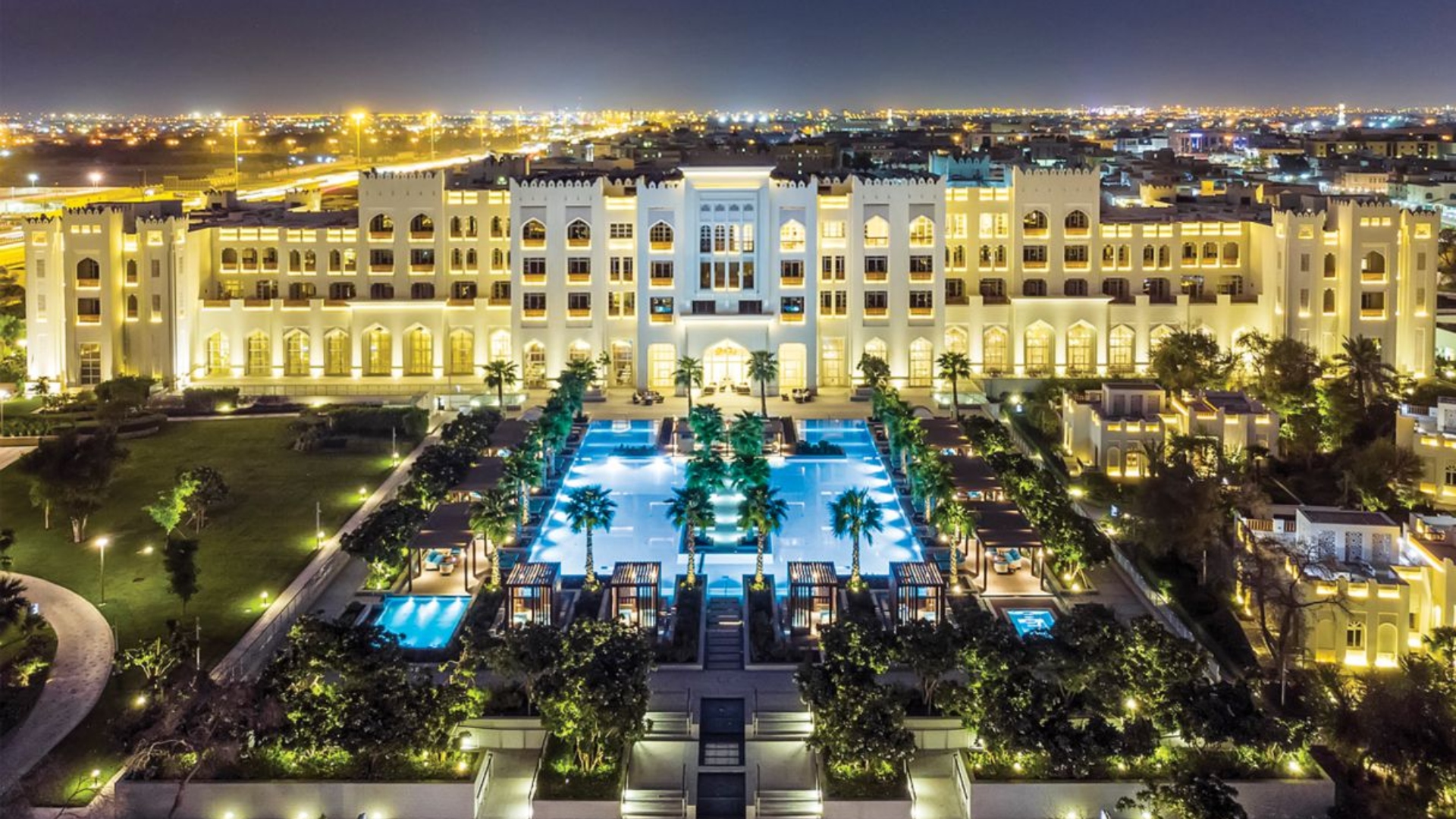 The distinctive 152-key property is home to the largest and most luxurious three-story 14,000 square meter spa offering traditional and alternative treatments and therapies in 22 treatment rooms, along with a state-of-the-art fitness center, indoor and outdoor pools, and much more.

The resort is located in the Al Messila district in Qatar. For the most part, large gated compounds and schools occupy this district.  If you're interested in living close to this hotel, click here to view properties in Al Messila.

The French team will be looking to defend their title at the Qatar 2022 World Cup. The draw saw Didier Deschamps’ team grouped with Tunisia, Denmark and Australia. Star players of the two-time world champions are:

The Canarinho team will be residing at Westin Doha, perched in central Doha, near the airport and attractions like Souq Waqif, Msheireb Downtown Doha, and the Doha Corniche. 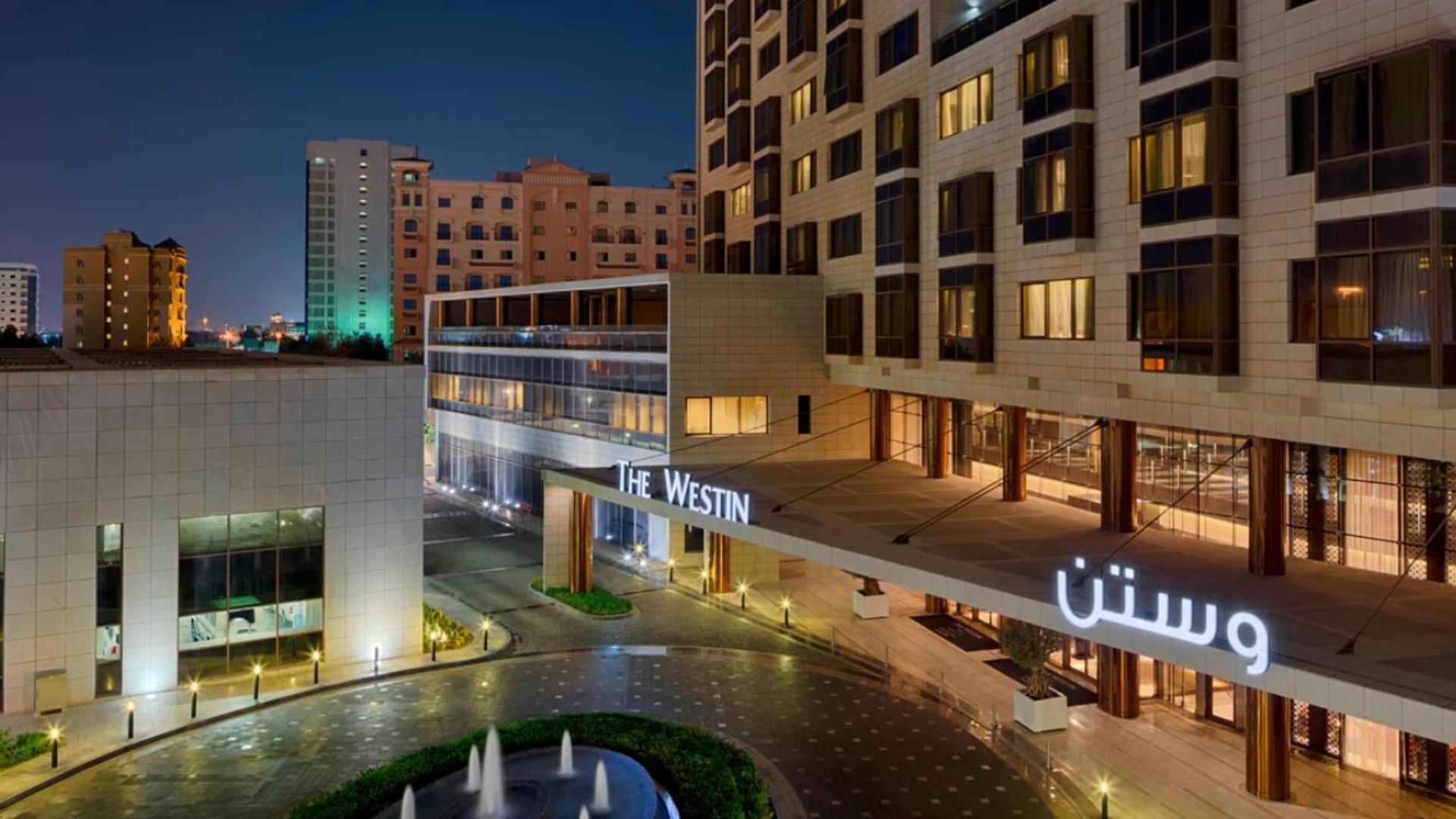 Set amid a stunning landscape of lush gardens, the hotel's 364 guest rooms, suites and pool villas are uniquely designed to promote relaxation and rejuvenation. Guests can enjoy a variety of dining options including an award-winning Thai restaurant, a modern steakhouse and a poolside eatery. The hotel also features three swimming pools, a fitness center and a spa. 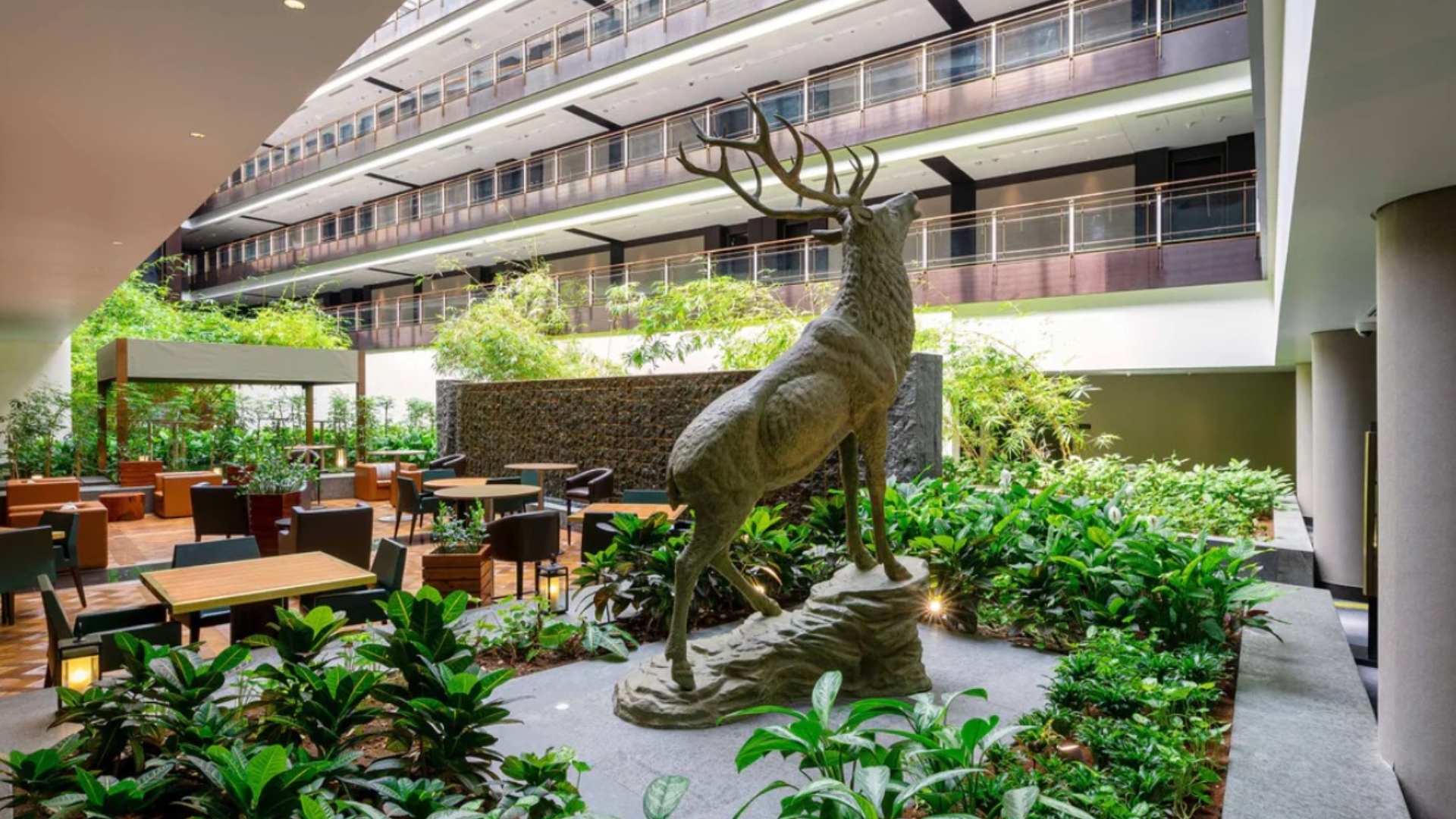 With an eye on the upcoming Qatar World Cup, it is very natural to think of Brazil's past in the tournament they have won five times. Led by Adenor Leonardo, commonly known as Tite, Brazil will first find their way past Serbia, Switzerland and Cameroon, in Group G, before bigger tests likely await in the knockout stages. Star players of the team are:

The Polish team will be staying in the luxurious Ezdan Palace hotel in Qatar. Nestled between old and new Doha, close to the biggest shopping malls in Qatar, the five-star Ezdan Palace Hotel raises the bar in service, style and sheer indulgence. 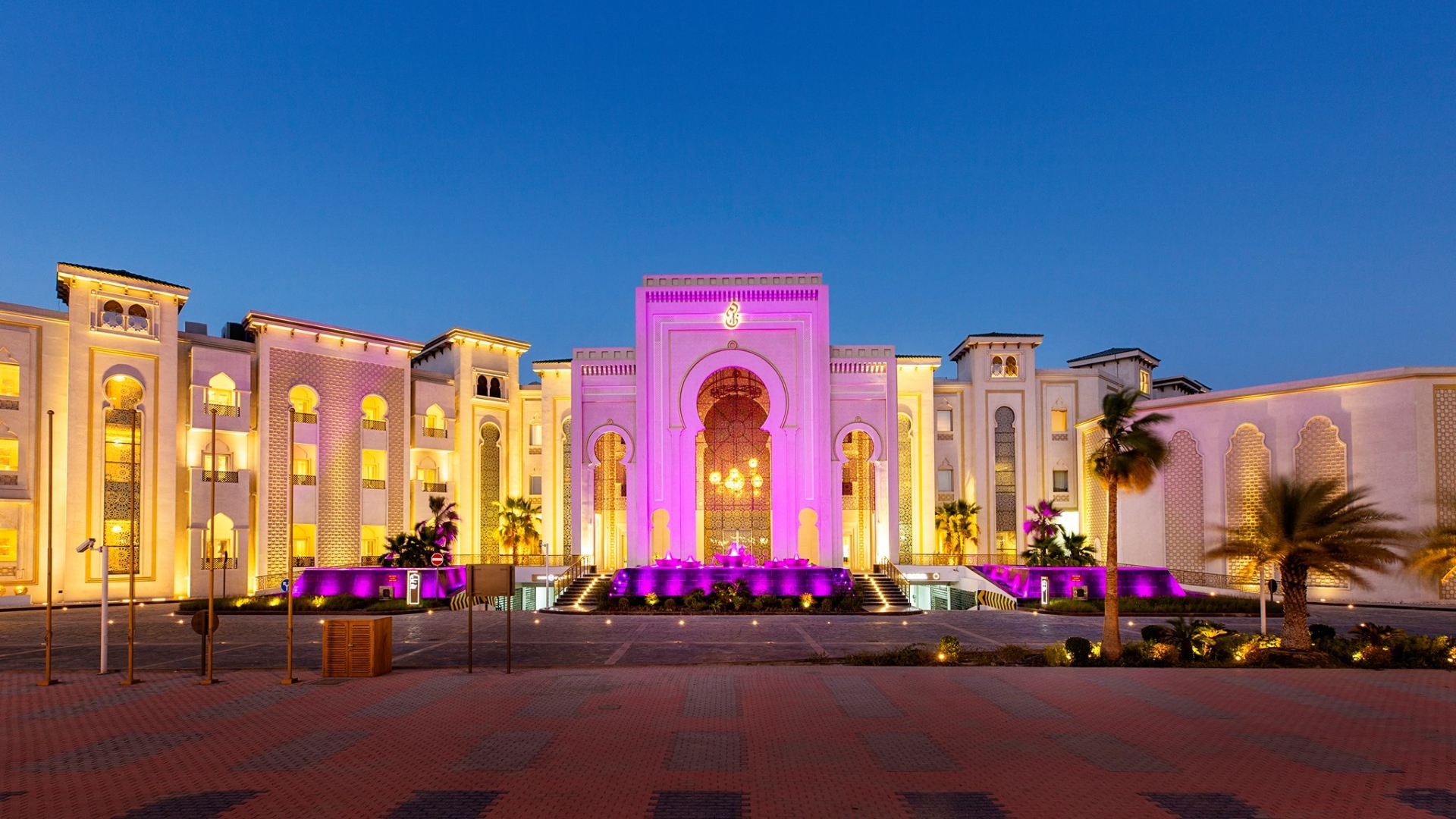 Opened in May 2018, the hotel features refined Andalusian architectural design and unique service which blends true Middle Eastern hospitality with international standards. The 195 lavishly appointed rooms and suites have been carefully designed by a renowned architect to ensure comfort for all guests. Three superb restaurants offer an exquisite culinary experience serving International, Italian and Thai cuisine. 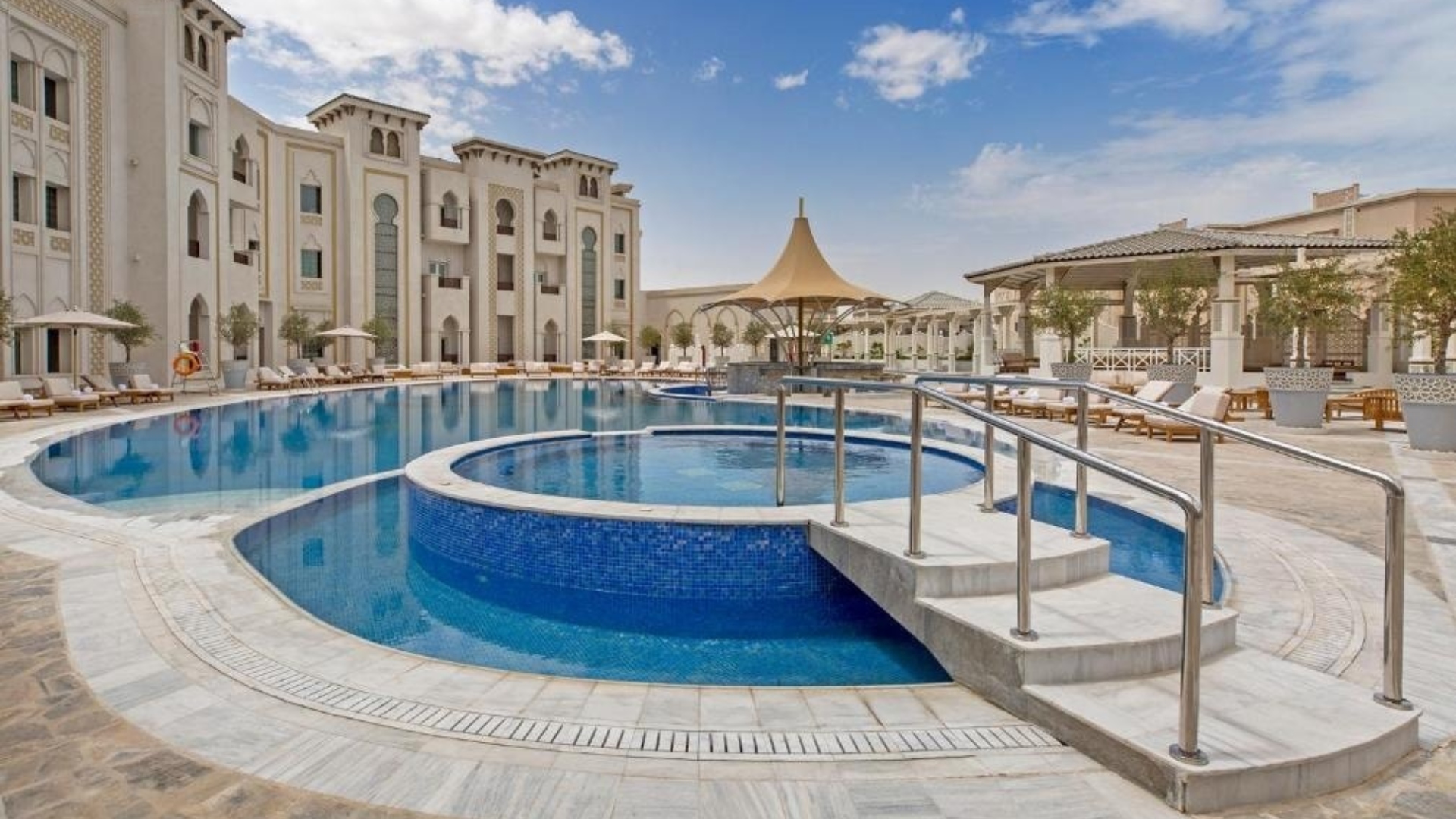 Duhail district of Doha has the most popular malls of Qatar featuring a lot of indoor entertainment places. Stand-alone villas and gated compound villas dominate Duhail and you can easily get a villa apartment at a much more affordable rate. If you're interested in living close to this hotel, click here to view properties in Al Duhail.

The victory of the Polish team against Sweden in the play-off final ensured Poland a promotion to the world championship in Qatar. Czesław Michniewicz’s team is placed against Mexico, Saudi Arabia, and Argentina in the group stage. Star players of the team are:

The Tunisian team will be hosted by the brand new Wyndham Grand Doha West Bay Beach hotel. Just 20 kilometers from Hamad International Airport (DOH), the convenient retreat is located in the heart of the country, Doha. 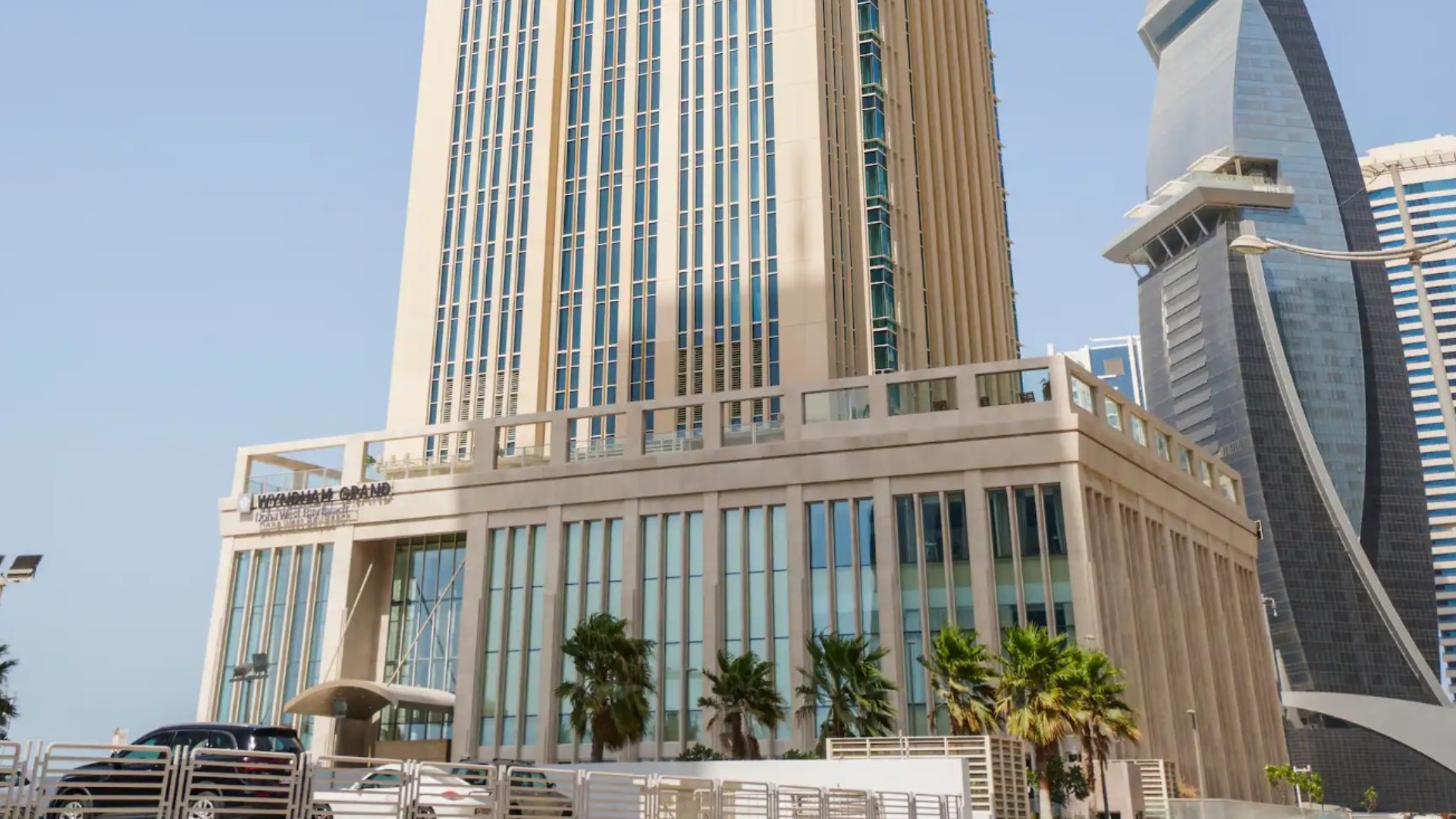 Wyndham Grand Doha West Bay Beach is a brand new modern hotel in the financial district with breathtaking views and minutes from the City Center Doha Shopping Mall, Corniche promenade, and the Doha Exhibition and Convention Centre. Experience a taste of Qatar’s finest flavors at our contemporary international restaurant and specialty coffee bar at the hotel. The hotel features a state-of-the-art fitness studio, a temperature-controlled outdoor pool, and a spa.

The hotel is located in West Bay (Arabic: Al Dafna). West Bay is a significant hotspot of Doha, home to some of the tallest skyscrapers in Qatar, a myriad of attractions, commercial towers, institutes, and residential apartment buildings. If you're interested in living close to this hotel, click here to view properties. West Bay is of our top ten most popular places to live in Qatar.

The Tunisian team will be making their sixth appearance of the tournament at the Qatar World Cup 2022. Led by Jalel Kadri, Tunisia will compete with France, Denmark and Australia, in the group stage. Star players of the team are: 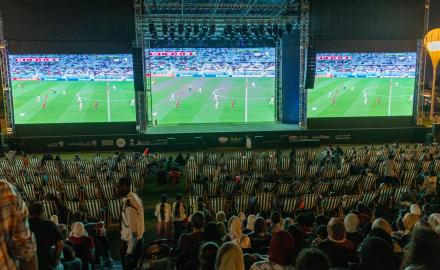 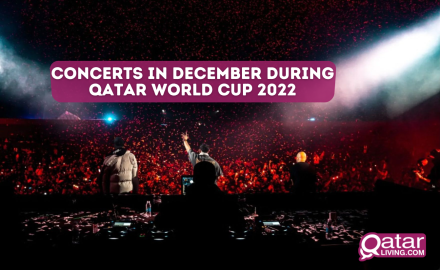 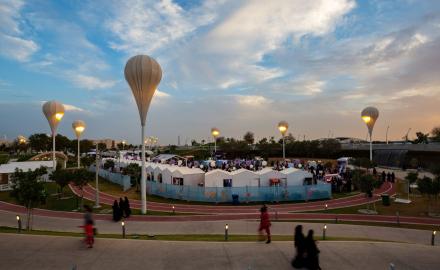