The employer and her family had crossed the globe in May with an entourage of servants and settled into one of the labyrinthine upscale communities that dot Orange County, California.

In the earth-toned towers of Irvine’s Central Park West, where valets park the BMWs of the wealthy, a wealthy clan spread over four condo units did not seem out of place.

Then, early Tuesday, one of the servants darted out of the complex and flagged down a bus. The Kenyan woman clutched a suitcase and a pamphlet. The paper had been given to her at the American Embassy in Saudi Arabia, where she had secured a travel visa, and warned of the dangers of human trafficking.

Within hours, the woman was telling Irvine police a dark story of modern-day slavery, and detectives descended upon Central Park West.

On Thursday, the princess appeared in an Orange County courtroom, charged with one felony count of human trafficking. Prosecutors said Meshael Alayban, 42, “did unlawfully deprive and violate the personal liberty” of the Kenyan woman by forcing her to cook, clean, do laundry and perform other household chores for meagre pay. Authorities are investigating whether four other servants working for the princess’ family were also victimised.

Khalid Abou Al Fadl, a professor of Islamic law at the University of California, Los Angeles, said servants are treated so poorly for so long, “that they become completely docile, the employer cannot imagine them as anyone who has free will, so they comfortably view them as part of the baggage and bring them to the US or Europe.”

Sometimes, however, servants use these trips as a chance to escape. “There have been warnings from the Saudi government to wealthy people not to bring their domestic servants when they travel to the US or Europe, for precisely this reason,” Abou Al Fadl said.

Her contract said she would work five days a week, for eight hours a day, and make $1,600 a month. After three months, she could return home if she was unhappy, authorities said.

But once she arrived in Saudi Arabia, authorities said, the employer tore up the contract, confiscated the woman’s passport and refused to return it. She was forced to work seven days a week, for 16 hours a day, and made $220 a month, she said.

Most of them are very poor, she said, and their well-being is tied to the whims of their employers. If the employer abuses them, they have nowhere to turn.

“Even if they get raped and they go to the police and report that, then they were deported,” Vlieger said.

Earlier this year, the employer and her family decided to visit the US.....

When the family made the trip to Irvine in May, the Kenyan woman briefly got her passport back. But she was always accompanied by a family member, authorities said, and in Irvine, the employer again took the woman’s passport.

It’s unclear why the Kenyan woman chose Tuesday morning to slip away. “She is a smart woman,” said Steve Baric, her attorney. “I think she saw her opportunity to go to freedom and she took it.”

Once the woman boarded the bus, a fellow passenger noticed that she was upset, Irvine Police Lt Julia Engen said. After the Kenyan woman, who speaks English, shared her story, the passenger brought the woman to her workplace to call police.

Later that day, authorities searched the employers’ condo units and found the other servants. “The detective spoke to them and said, ‘Do you want to leave with us?’ “ Engen said. “And they said, yes.”

.. so this rich woman had four of them locked up and treated as slaves. I suppose she thought they could treat them as sheep and get away with it just like they do back home in saudi arabia. This rich woman must have got the shock of her life to be accused and booked for human trafficking of helpless and poor women

Can you imagine a millionaire like her paying 800 riyal for her maid who forced to work 7 days per week almost 24 hours per day .Really Pathetic!

middle east still living with 6 & 7 th centurie's standards . They do not know world has changed except for cars and luxury .

By Molten Metal• 8 years 1 month ago.

By QLNews·0·2 weeks 5 days ago
As part of the campaign, free flu vaccines will be provided to citizens and residents of Qatar at all primary health centers, HMC outpatient clinics, and over 45 private and semi-private clinics and hospitals across the country.

By Qatar Living·0·2 weeks 4 days ago
We have compiled a list featuring most of the approved private health facilities based on the cost of the COVID-19 PCR tests and result time available in Qatar.

By Qatar Living·0·2 weeks 2 hours ago
Qatar Tourism is taking steps to regulate the operation of holiday homes owned by individuals and provide a complete licensing and classification process to enhance the transparency, safety and standardization of the sector.

By QLSports·0·2 weeks 16 hours ago
With a little over a year to go until Qatar hosts the region's first FIFA World Cup, the country is set to mark the completion of its sixth tournament-ready venue, Al Thumama Stadium, next month.

By QL Videos·0·1 month 11 hours ago
Have you ever witnessed a Perseid meteor shower in Qatar? Team Qatar Living was curious to discover this natural phenomenon that occurs every year for a limited time period.

By Qatar Living·0·3 weeks 4 days ago
Easily one of the most adored stores in Qatar, Jarir Bookstore, is offering a plethora of delightful products under its biggest Back to School promotion, amongst other exciting new launches
Post to Forum
Sponsored Posts 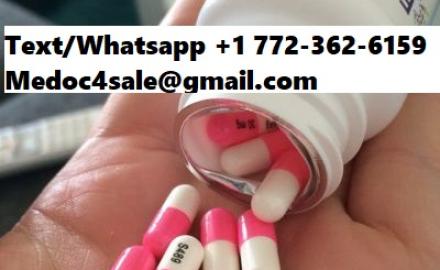