Dr Teebi speaking during the lecture on Tuesday

Avoidance of first cousin marriage will help reduce the frequency of birth defects and genetic problems which are more likely to occur as a result of similarity of the genes carried by couples, an expert has advised.
Some of the commonly seen defects, according to professor of Genetic Medicine Dr Ahmad Said Teebi include thalasemia, autosomal recessive disorder, sickle cell disease, cystic fibroid, homocystinuria and several others.
Dr Teebi was speaking on ‘Cousin Marriage and Genetics’ at the Weill Cornell Medical College in Qatar’s ‘Medicine and U’ public lecture series held on Tuesday.
“Part of the disadvantages of cousin marriage was an increase in the number of babies born with birth defects and an increase in the number of babies who die early after birth as well as increased miscarriages,” he said.
“First cousin couples are expected to produce a 0.5–1% increase in the frequency of birth defects and genetic problems. In other words, any couple has a 3% chance to have a baby born with a birth defect or genetic disease, but first cousin couples have 4.5–6% risk,” he explained.
The expert said first cousin marriage was the most common form of consanguinity as first cousins share about one-eighth of their genes.
The probability that their children will inherit identical gene copies from both of them is one-sixth, he added.
Dr Teebi said second cousins share one out of 32 of their genes and the probability of their children inheriting identical gene copies from both of them was one chance in 64.
He said that cousin marriage was common around the world with up to 20% of couples being first cousins.
“In Arab countries, cousin marriages range between 20-70% of all marriages with between 50 to 70% occurring in Kuwait, Qatar and Saudi Arabia. Pakistan and India also have up to 60% of marriages happening between cousins,” he said.
He said first cousin marriages were being allowed in 26 states in the US, adding that no European country prohibited first cousin marriage.
Dr Teebi explained that the reasons for cousin marriage could include concentration of some good genes in a family, geographical limitation, social and psychological support, economic convenience, tradition, legal regulations and religion.
He said while some studies found that certain Arab countries like Lebanon were moving away from cousin marriage, the incidence was found to be on the rise in Qatar, the United Arab Emirates and Yemen, for reasons that are yet unknown.
However, Dr Teebi said seeking genetic counselling and other means for prevention of birth defects was essential for those entering unavoidable cousin marriage.
“Public education, pre-marital counselling and genetic testing, pre-implantation diagnosis, prenatal diagnosis as well as newborn screening and treatment are all essential to make people aware of the problems associated with cousin marriages and how to avoid them,” he said.

one time or another. In many it has gone out of fashion namely due to modern medicine and what we now know about the risk it presents.

The problem is when it is a pattern of behavior that is repeated from generation to generation (as it is in this part of the world). Then you really ARE restricting the gene pool such that you're going to end up with kids who have problems.

There's a letter to the editor in the Gulf Times today from someone taking this lecture to task because it highlights first cousin marriages as causing genetic defects but it ignores a bunch of other things that also cause birth defects. The author of the letter feels as if Arabs and the religion are being maligned.

To him I would say the lecture was MEANT to focus on first cousins marriages, and was never intended to be a survey of ALL the different things that cause genetic defects.

Just because the Koran says you CAN marry your first cousin, it doesn't mean that you SHOULD.

"If you're looking for sympathy, you'll find it between sh*t and syphilis in the dictionary."

need mass awareness to avoid such mishaps; we need to have more social gatherings and networking to broaden the social range and create a bigger circle of genes.

@Rezy....It is not necessary that ONLY these sort of marriages are creating birth defects....

I know many first cousin marriages in my family...and Alhamdullilah, none of them having any issues.

While also aware of a family had no relations prior marriages having 2 kids, facing and struggling with birth defects.

The very purpose of Cousin marriages are both parties are well known to family, priorities given to close relatives and within the similar culture, traditions and social community. Social, economical and financial aspects make such calls.

Allah knows the BEST and Wise!

they just want to keep the dowry assets within the family

high risk of congenital defects as outcome of cousins marriage...i wonder why they still continue to pursue this arrangement even they already knew the conseqences...

That's right, but they are not allowed to breed when they have known genetic defects or risks.

They breed horses don't they?

yes, they do it here but they do some series of test, blood,and gene test to avoid the problem later on..

VB is correct it can happen to anyone. but the chances for marrying cousins is that the risks are high?

"HE WHO DARES WINS"

Same sex marriages have their own risks, brit.

Does the same apply for same sex marriages ?

An article was published in Gulf Times about the consequences of cousin marriages.

they must've bumped their heads or something..

as the blogs above, other cultures have known for centuries, and Qatar is just discovering this now?? Unbelivable1!!!

One thing is to marry your first cousin, but to not know about the possible consequences....?!?! Hmmm.... I'm surprised...

If everything seems under control, you're just not going fast enough...

It is known since hundreds of years, rezy. And when people marry cousins they are either forced to do it, or if not, they are plain stupid. If I plan to have a family and children, I try to get the available information before I do it. If there is a known risk, I don't do it.

my niece since his birth having the genetic problem...and he can't see well too... used to wear glasses at the age of less than six months.

and this is due to cousin marriage.... my sister is married with my first cousin...

we dint knew about the harmful effects... and now we took him everywhere for treatment but all in vain...

Guys on QL, please pray for his health and cures...:(

its a good thing that they are informing the people about the effects of first cousin marriage.

olive, they are yet to figure it out, they still are discussing making pre-marital tests mandatory.

educating citizens? how about educating legislators?

Wow! The Gulf is finding out what the rest of the world figured out centuries ago!!!!

thanks for the info.. 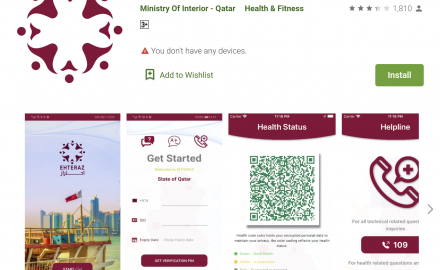