Every December 18th, we celebrate Qatar National Day in commemoration of the historic day in 1878 when Sheikh Jassem, the founder of the State of Qatar, succeeded his father, Sheikh Muhammad Bin Thani, as the ruler and led the country towards unity. December 18th is the day we remember how Qatari national unity was achieved and how Qatar became a distinct and respected nation out of a society torn apart by conflicting tribal loyalties, devoid of security and order, and overrun by invaders.
Qatar's National Day is about honoring the heroes, leaders and people who built this country.
It's also a chance to reflect on the principles on which Qatar was founded - truth, justice, friendship and brotherhood and to remember the values of generosity, loyalty responsibility and sacrifice which are key to Qatar's success today.
Qatar nation has proved in the past, present, and God willing, the future, to be capable of bringing prosperity and building good relationships, both internally and throughout the Arab and Islamic world.
Qatar has proved that it's more than just oil, gas and commerce, but also a guiding light for education, knowledge, innovation and freedom.

Sheik Jassem died on July 17the 1913 ending a fruitful and memorable life.
He was succeeded by his son Sheikh Abdulla bin Jassem Al Thani.

I just want to say that the 15-20minute fireworks display was worth the time I spent on the road.. It was dazzling!

may allah keep progress and development for all the nation

I saw the fireworks from my balconey, it was great...

wow , what an increadible fireworks they showed people standing there in that cold! who loved it?

the march past was good. Here you need to know the hidden routes that gets you good parking space.

Yes this time it's seems they are well prepared.

Swearing by God who erected the sky

Swearing by God who spread the light

Qatar will always be free

Sublimed by the souls of the sinceres

Procede thou on the manners of the ascendants

And advance on Prophet's guidance

Qatar is an epic of glory and dignity

Qatar is land of the early men

Who protect us at time of distress,

Doves they can be at times of peace,

Warriors they are at times of sacrifice

Every country the British had left turns sour. LOL

Qatar was never actually a colony of Britain, just a protectorate!

A colony is a territory under the immediate political control of a state.

A protectorate, in international law, is an autonomous territory that is protected diplomatically or militarily against third parties by a stronger state or entity, in exchange for which the protectorate usually accepts specified obligations, which may vary greatly, depending on the real nature of their relationship. However, it retains sufficient measure of sovereignty and remains a state under international law.

Happy National day Qatar..I wouldve really like to go but i just couldnt deal with traffic, fighting for parking spaces and lots of crowds with two toddlers...Im sure it wouldve been a great day.

last year was the first time that celebrated this day. But there was nothing special like this year. so none of you have missed anything.

The morning march past was a pretty good sight. That I think was one of the main features of today.

Best regard to the Qatari Nationality...Goodluck to this country!

Be yourself and live free

Just wondering if I'd missed it last year.

Not sure if I'm going yet, but there are plenty of pics already on the QL flickr group; http://www.flickr.com/groups/qatar_living/

Usually national days bring the people together and help them forget their miseries for a day or so..

Perhaps, with the economic downturn, this is the tonic and distraction they need...

Have a great day.. looking forward to the pics..

Last year I don't recall any celebrations for National day (18th Dec). It was just a day off work, wasn't it?

The first of December 1918 represents, for the Romanian people, the triumph of centuries of struggle and sacrifices for achieving the national unitary state.

Romania and Qatar are linked by traditional and friendly mutually beneficial relationships which resisted vicissitudes of recent history and offer strong potential and determination for progress.

At the 90-th anniversary of the Great Union of 1918, the National Day of their country, Romanian expatriates people wish to the Qatari friendly people further progress and prosperity and a brilliant future to the Romanian-Qatari relations.

All countries should celebrate their National Day.. It gives the peoples a chance to come together as one nation, irrespective of colour or creed.

HAPPY NATIONAL DAY TO ALL OF YOU!!!

National Day or Founders day is not the independence day. Qatar became independent from the UK on the 3rd September 1971.

In fact, though a protectorate of the UK, Qatar always had its own ruling family and governance.

However, even before an agreement with the UK had been signed, the county’s government was heavily influenced by the UK.

For Qatar, with powerful and aggressive neighbors on its borders, this was a trade off worth paying.

Britain had hoped that Qatar, along with Bahrain, would become part of the UAE.

However, disagreements at the last minute lead to these two countries becoming independent in their own right.

The focus on the Independence day has now moved to National Day.

Perhaps because this is because Qatar was never actually a colony of Britain, just a protectorate. 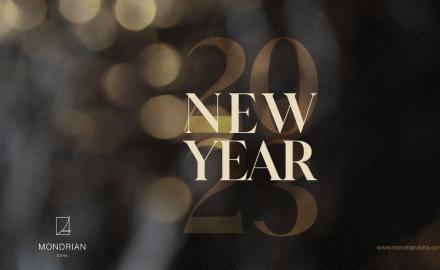 Revel in the festive season with Mondrian’s dining offers