Expatriates and visitors are to be handed pamphlets detailing Qatari customs and traditions and people to show respect to local culture through the way they dress up in public during a campaign to be launched tomorrow.

There is a possibility that foreigners arriving at Hamad International Airport (HIA) and those visiting tourist sites in the country may also be targeted by the campaign at some stage.

‘Show Respect to Qatar’ campaign is being waged by the Qatar Centre for Voluntary Activities in collaboration with Al Sharq Arabic daily.

Muslim clerics and media persons are being roped in the campaign whose main aim is to tell foreigners living here and those on visit to dress up decently in public.

Habis Al Huwail and Yusuf Al Khulaifi, from the Voluntary Center, said at a news conference here yesterday that the campaign will be launched at the various malls and hypermarkets targeting expatriates and foreign visitors.

They said coordination is being sought with HIA and Qatar Tourism Authority (QTA) to distribute the pamphlets. The officials said, stressing the importance of preserving the local culture, that even the Qatari constitution talked of the need to preserve Qatar’s Islamic identity.

The social media, including YouTube, is to be extensively used to wage the campaign. Al Khulaifi said that even earlier, about two years ago, a group of Qatari women had launched such a campaign. He said many expatriates were not showing respect to Qatar’s culture and were dressing up in public indecently.

“So there is the need to spread awareness about Qatar’s culture and traditions. You cannot put laws in place forcing people to dress up decently,” he said. “This can be done only through a campaign.”

Where are you really from? Are you a troll from the Daily Mail? You sound so ridiculous you couldn't be a Qatari. Even they don't say such stupid things about Indians.

jaldi-jaldi: i was only saying the (truth)if you dont like it,its your problem

According to Ahmad, Indians don't work hard and are stupid.... "let me tell you something we treat them this way because they're stupid.they cannot even follow simple commands like if you want to tach them how to wash a car it would take them 1 week or even months for them to understand."...............Yeah, and it's The Guardian that writes racist stuff..... Are you just a troll trying to portray Qataris as morons?

2 ares holes in one forum and both are racist...The great Asian war

jaldi-jaldi: then stop saying the truth no one asked you for it.

jaldi-jaldi: atleast i apologized to my fellow indians not like you starting rumors

jaldi-jaldi: i think you're one of the 5% of bad canadians.

i want to apologize to my fellow indians about what i said.

ALL COUNTRIES HAVE GOOD PEOPLE AND BAD PEOPLE.NO ONE IS PERFECT.

its what you do that reflect about your country (indian-canadian)

i agree in this campaign. for me, as an expat we have to respect their culture and should wear decent clothes.

jaldi-jaldi:let me tell you something we treat them this way because they're stupid.they cannot even follow simple commands like if you want to tach them how to wash a car it would take them 1 week or even months for them to understand.so stop saying stuff about indians that aren't true.

by the way its

jaldi-jaldi: where not lazy.our population is very small thats all.can you bring foreigners and work at the government?

i really dont want to offend anyone guys sorry

jaldi-jaldi: if india is more (advanced) than qatar then why are they moving to qatar?

look jaldi-jaldi if you dont like these policies then why are you still in qatar.why dont you return to your (slave fee) country?

jaldi-jaldi: we are not lazy.if we were lazy then the government would be corrupted.qatar is the least corrupt arab nation.(if you are indian),india is NO. 1 destination for slaves.

I think Ahmadalhamad has been reading the Gulf Times too much. No more kafala system? What else - no more NOCs? No more exit permits? Do you even live in Qatar Ahmad?

jaldi-jaldi:we respect every one & kafala system has been abolished.there is no forced labor in qatar.people like you shouldnt be respected at all.BTW we bring foreign labor because the population is too small.

u mean foreign labor are females who wear mini skirts and build the country ????

When people are in the territory of others and enjoying the foods, facilities and services provided, they should be responsible to watch their words and behaviors so as not to contradict what local people are used to thinking and doing, especially in religious countries

Think about it this way.. if a westerner sees an eastern girl wearing an abaya... he would not ask her to take it off... and we all would be pissed off if he did... cause it is her choice... but when the situation is reverse all of a sudden you feel righteous to dictate others what to wear... double standards is against human nature.. live your life and let other people live theirs

I think this conversation has gone sideways... i also think you are ganging up on one guy who has the courage to speak up his mind.... my opinion is that this campaigne is unnecessary... if you dont like someone wearing something.. it is your problem.. i also dont like many things... but we live in a shared society so we should be tolerable of each other views... and as long as it does not harm you it is none of your business what other people's choices are

hahahahahahaha ....can see the frustration in jaldi yr right we both need to see the doctor please arrange appointment with one of your fav doc and pick me up from ramada parking

When people are in the territory of others and enjoying the foods, facilities and services provided, they should be responsible to watch their words and behaviors so as not to contradict what local people are used to thinking and doing, especially in religious countries!

Jaldi won't mind if females in his house roam half naked outside in front of other men...go ahead Jaldi I will support you for that or street animals would also support you...mk. ..;)

They must initiate some Qatari Sensitivity Training for kids LOL . Respect will be earned not to be forced or purchased with money .

tell your truth in your country jaldi not here in other country where you have come to work either follow there policies or leave the country rather then to post your hatred and racist comments but abdulalhamad these kind of people exist everywhere.......

jaldi-jaldi: why do you always type racist comment about qatar & its people?

Where we can see such shameless ppl apart from villagio and CCenter,,,,,,it was a great evening for me with my colleagues today @ Villagio,,,,,hehehehe :):):)

It will be a bit confusing for tourists who can be in the new airport and openly see people consuming alcohol in full view of all the passengers to then be told that wearing a shirt that doesn't cover the shoulders defies the country's values.

also, as fubar pointed out, this is a volunteer program and not government backed; can see it losing drive soon and falling by the wayside..t

as a completely neutral observer who doesn't care either way, i must point out one thing to some of the commenters here; the alcohol consumption is a personal choice of the Qatari drinker and something they presumably do secretly...against Islam definitely but between him and God; this campaign is about us expats offending the sensibilities of the majority conservative locals by dressing in what they deem an unacceptable manner while out and about in public...i get where you guys are coming from, my initial reaction was to agree with you guys.. but you need to accept too that its apples and oranges you're comparing..

Some of these volunteers should come to the bars and hand out flyers reminding certain people about what their heritage and culture thinks about alcohol.

MK this campaign is being run entirely by volunteers. So far the Qatar government has declined to have any involvement in the program whatsoever.

By QLNews·1·2 weeks 1 day ago
The Ministry of Public Health has highlighted steps that can be followed to download the certificate of immunity via the MyHealth online portal.

By Qatar Living·1·2 weeks 3 hours ago
Qatar Living speaks to Qatar-based editor and founder of SCALE Qatar, Sindhu Nair, to know more about her experience and career journey.

By Qatar Living·0·2 weeks 4 days ago
From relaxing beach escapes to hiking in the mountains, citizens and residents of Qatar now have options when it comes to international travel.

By QL Jobs·0·4 months 2 days ago
“Wow, you are in Qatar!? That’s great! You are so lucky, you can watch the World Cup now. Heard they have lovely stadiums..."  This is one of the standard sentiments expats in Qatar would come across these days when they go back to their homeland.
Post to Forum
Sponsored Posts 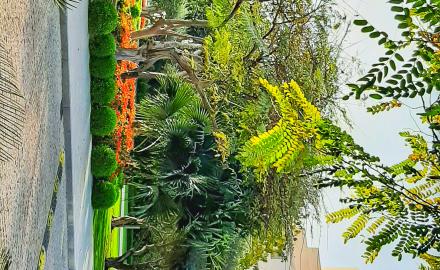 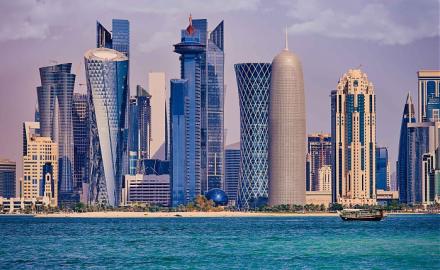 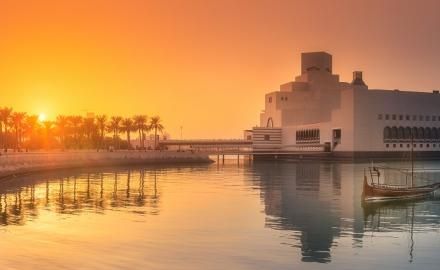