When we sat down with engineer and entrepreneur Emad Saif, we did not expect to burst into laughter as he made the first move of connecting by speaking with us in Urdu. The defining tone of the interview, Emad was full of surprises for us throughout the conversation. His story revolves around finding his way to make a difference in people’s lives - starting in 2011 when he first shifted to Doha, Qatar.

Getting introduced to Doha

A small detour from his actual destination to Mexico, Emad landed in Qatar, curious of the country that was slowly making its mark globally. After graduating with a masters degree, Emad came to Doha from Canada and claims to have ‘accidentally walked’ into Qatar University and found himself lecturing students from there onwards. With his passion for education and his desire to impact young minds positively, Emad felt like this might be the ideal fit for him. He felt like teaching gave him more meaning compared to being an Engineer but there was still something missing - blame it on the cultural shock the country kept giving him or the fact that he felt like he was not doing enough.

With his constant urge to connect, inspire and learn new things, Emad kept questioning if he was trying to be an engineer making a difference. That’s when it struck him; he was an entrepreneur wanting to make a difference and building a community is what he needed. If he felt lonely and disconnected in the city, he wondered how many other individuals felt the same and were looking for meaningful conversations.

A simple post on LinkedIn inviting people for Lego Serious Play is what started the conversation for him. Where he thought he would be sitting alone at the cafe, Emad now proudly tells us that he has hosted over 51 play meetups.

What do the Play Meetups signify

One of the purest bonding times, Emad relates these meetups to childhood memories. You lose track of time, drop your guard and engage deeply to build empathy and trust. With 8 random strangers signed up for the session, Emad gives his group upto two hours for this experience. Without knowing what the topic is or who is coming, Emad often shuffles between his selections. From mindfulness activities to random exercises and sometimes very defined sessions, your world will be connected through books, travel, connection, marriage, emotional intelligence; whatever the central theme will be to explore that day.

For Emad, what started as a social experiment is something very dear to his heart. He has seen his experiment activate creativity, learning modes are incorporated and he has seen a change in the 1-2 hours he has these sessions.

What happens in the play-meetup?

Once the group has gotten together, Emad has broken down a 4 hours method into a 1.6 hours session where he poses a challenge in the form of a question and uses Lego Serious Play to get the answers from his team. Each individual builds something during the process and towards the end of it, they share their story as your team members reflect, ponder and help you explore more. The lego model becomes the answer of the question proposed by Mr.Saif and lego becomes a language beyond physical steps. You challenge people with your unique aspects and you get a handful of eight stories to learn from towards the end of the session - yours being one of them. 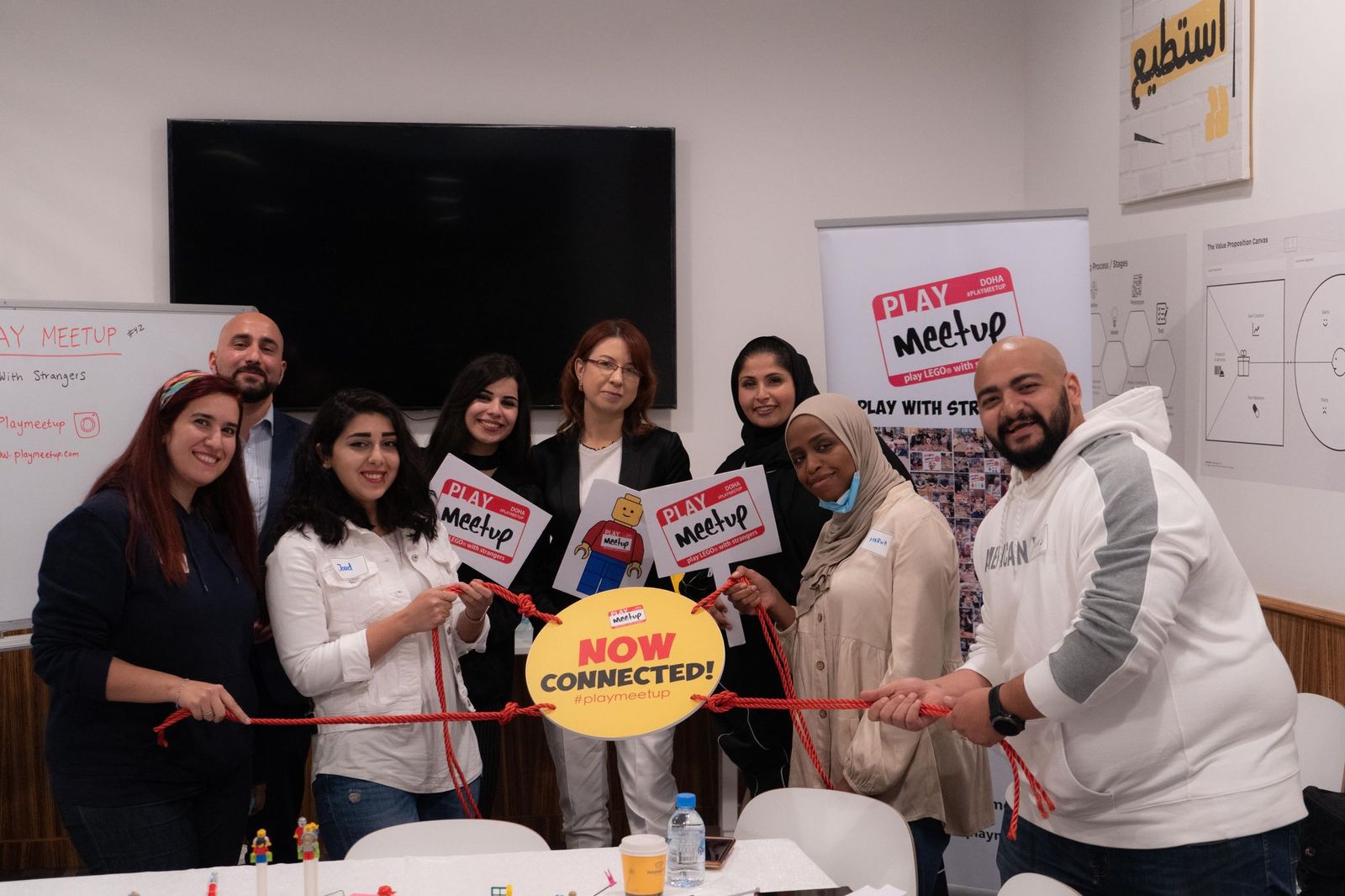 When the community comes together

Emad found meaning during a time he needed to be around company and this is what he hopes to aspire with Play Meetup as well. In addition to the human experience of playing and sharing, Emad has built a new way to gamify and communicate where it's not transactional or scary to meet new people or even talk about your views. This method is now used in various settings and team exercises as well where it simplifies the process of creating empathy and eventually understanding your team.

What’s in it for Emad?

That sense of belonging and helping people achieve their goals or break through some tough times. He loves how he gets to give people the confidence to speak, to hear stories and to make a difference. The method took a lot - from testing various mediums to knowing his boundaries as the session leader. He has seen his work boost teamwork, help in building company vision, translating into ownership and also see students look at entrepreneurship differently.

During the entire conversation, Emad lit up when he spoke about a student of his in Morocco who struggled to speak up due to his introverted nature and towards the end of the project, that kid was the one who offered to present the shared model and speak about it. He praised the poetic and concise way the student communicated, and how emotional it was for him to realize how people were also feeling validated through the process.

For Emad, he is not the lecturer during these meetups, he just passes knowledge. And the answer is always in the method. 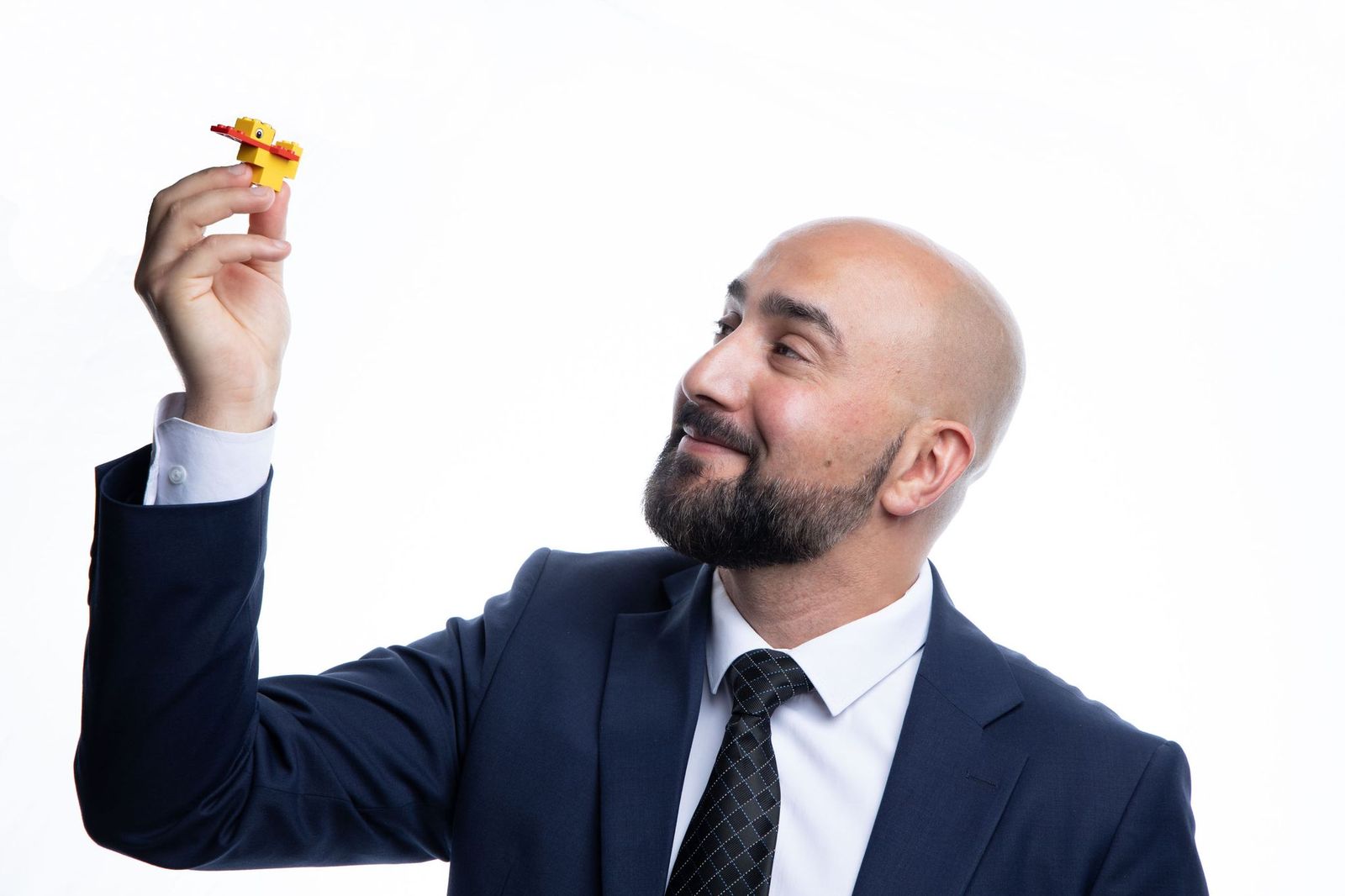 To know more about Emad Saif and his project, you can check his Instagram pages: @esaifpro or @playmeetup or visit www.emadsaif.com or www.playmeetup.com 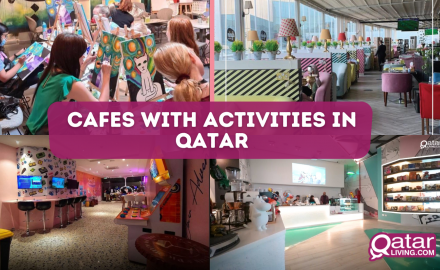 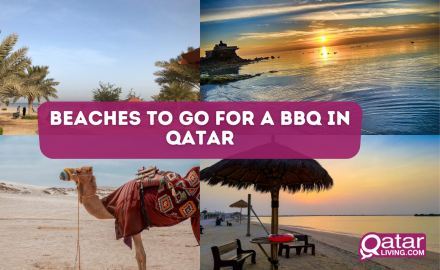