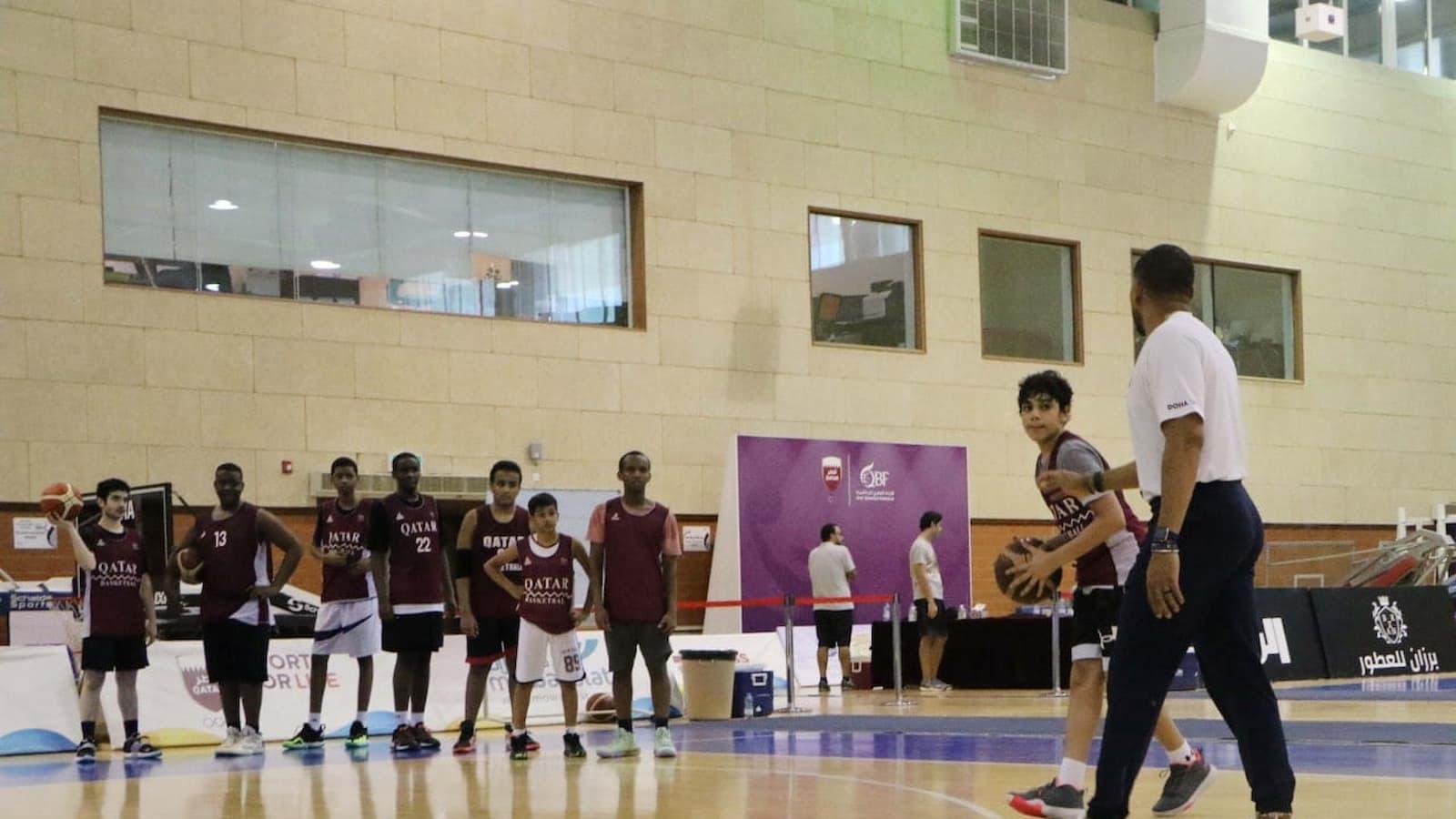 In line with Qatar's vision of spotting and nurturing young talents and grassroots development of sports in the country, Qatari national basketball team player and Al Sadd shooting guard Abdulrahim Abuissa recently organized the first-ever basketball training camp for under 9-17 players in the country.

The eight-day intensive camp, held in partnership with the Qatar Basketball Federation (QBF), was coordinated by John-Jerome "JJ" Outlaw, the assistant coach of the Cleveland Cavaliers, who has worked with many NBA greats, including Kobe Bryant.

Several of Qatar's national teams and club coaches were also on the ground to impact knowledge to the enthusiastic participants.

"I grew up playing basketball as a Qatari, and I felt that there are not enough opportunities for kids. I feel they deserve more opportunities and exposure to the sport they love, hence my desire to organize a program like this," the 21-year-old Abuissa said of his motivation to start the project. 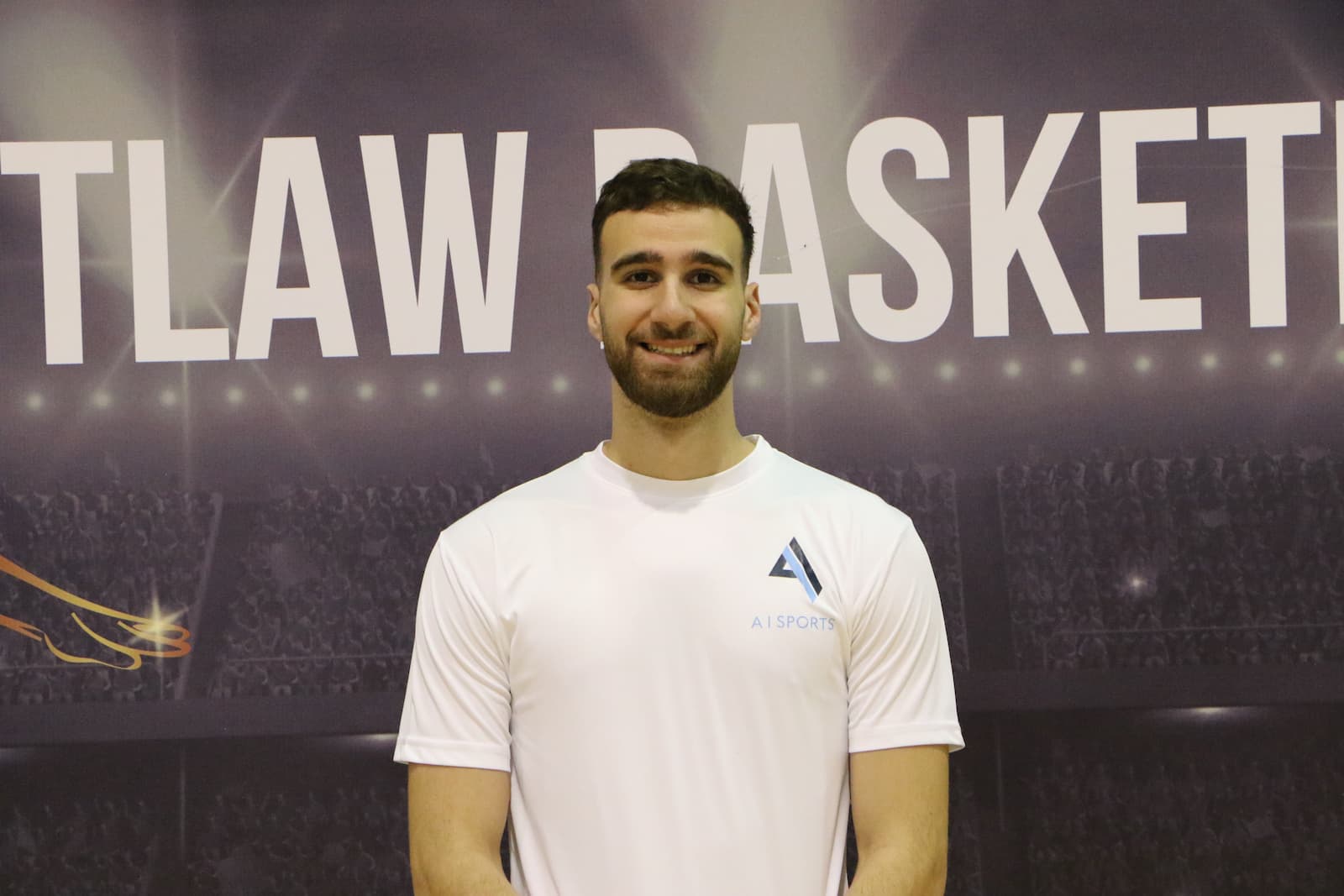 The player who started his career as a 9-year-old noted that although there has been tremendous improvement in the game over the years in the country, basketball has still not really gained enough exposure among the kids, compared to some other sports, especially football.  Hence, the need to bridge the gap and help out as much as possible.

"I want to give the kids the chance to experience high-level coaching, and that's why we brought "JJ" from the NBA who has coached many great NBA players, including Kobe Bryant, alongside the local coaches. We believe that the local coaches, who are going to be with the kids all the time, we learn a lot from the experiences of the NBA coaches we brought, which will benefit the kids in the long run," he said.

Abuissa added that his unwavering desire to see more youth take to the sport in Qatar was born out of his strong passion for giving back to society, considering the tremendous opportunities and privileges the game has given him over the years.

"Basketball has given me a lot, and I believe there is a need to give back to society. Basketball teaches you many things, including discipline, both on and off the court, networking opportunities etc. I've come to know a lot of people through the sport, and it has given me the privilege of traveling the world for free since I was a kid. I need to pass on some of the benefits I've enjoyed and help as many kids as possible to develop their talents." 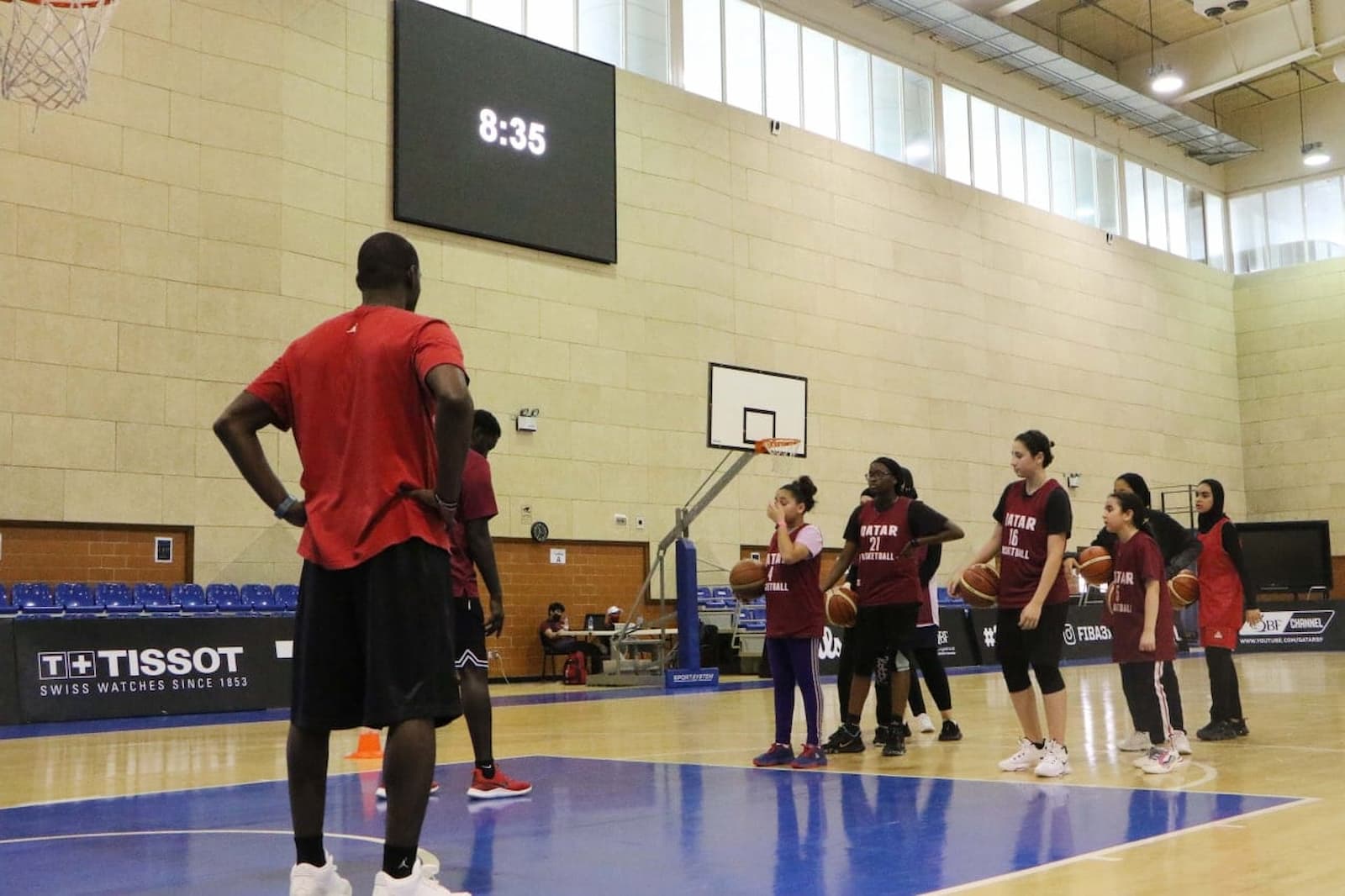 The camp, held at the QBF headquarters in Al Gharafa, attracted over 250 boys and girls with about 50 coaches on hand to take the participants through several routines for about five hours daily to further hone their skills.

Abuissa added that the positive feedback received from the program has further strengthened his resolve to take it a step further by opening an academy for the kids.

"We've had amazing responses and feedback from both the participants and their parents, and I think we need to consolidate on this by probably opening an academy for the kids considering the level of interest shown in the maiden edition of the camp. All the sessions were completely sold out, which indicates the enthusiasm and interest from the kids and their parents. I believe there is a need to have something permanent and continuous. Through the academy, we would continue to train the kids and expose them to top-level coaching and opportunities to improve their skills," Abuissa, who is also a student at the Carnegie Mellon College in Qatar, added.

The Qatari player thanked QBF for their tremendous support and the opportunity to turn his vision into a reality.

A visibly impressed Outlaw, who was in Qatar for the first time, said he was surprised with the participants' level of passion and enthusiasm.

" I've seen a great passion for learning in the kids here, which is similar to what was in the players I've coached in the past, including the NBA greats, and I am highly impressed. 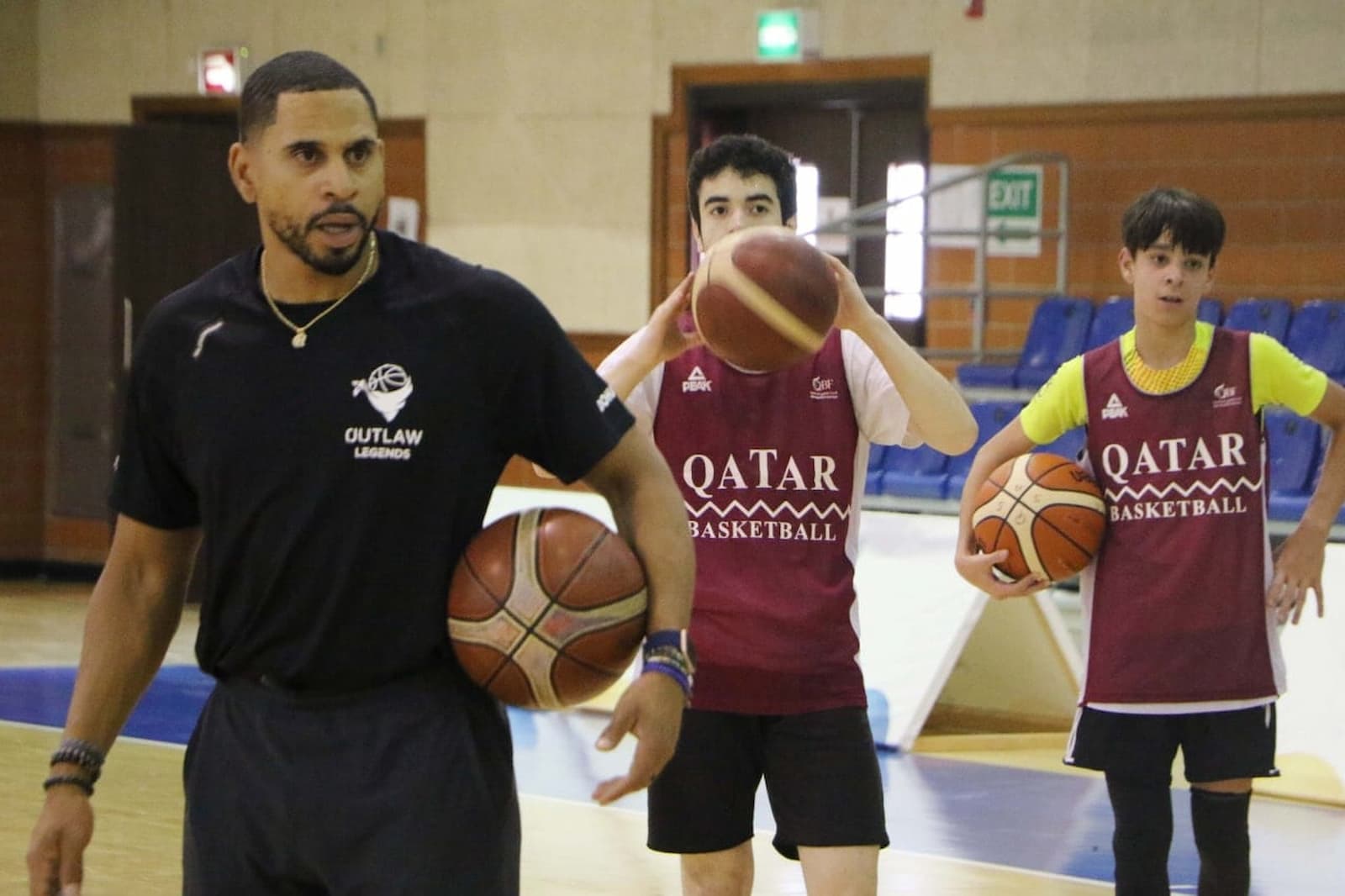 Everyone here wants to learn and get better. While we cannot compare the talents level of the youth here at the camp to those in the NBA, the common bond is their desire to learn and improve their game and their passion for the sport itself. It is just as similar here in Qatar as in the USA."

He added that the next generation of players who will hold the fort for the country in the future is likely to come out of the camp and other future programs organized to hone their skills further.

"Kobe Bryant is the best player I've ever worked with. His work ethic and determination to stay focused and keep improving is second to none. I see the same here. The work ethic is massive, and the passion is infectious. The game has a good history and very solid administrators here. I see a bright future for the game as they keep on building on what they already have. I am leaving Doha with fond memories, and I hope to be back soon," Outlaw said.

For Naziha Alagha, one of the participating kids, she can't wait enough for the next program on the organizers' plan.

"This is one of the best things to happen to me as an aspiring female basketballer. The camp has helped me to improve and be a better player, and I would like to come again and again. I want to thank the organizers and the federation for putting this together," the visibly elated player said.

The training camp was organized by AI Sports - an Abdulrahim Abuissa's initiative, in partnership with the Qatar Basketball Federation.

By QLNews·0·4 days 36 min ago
The Amir HH Sheikh Tamim bin Hamad Al-Thani delivered a speech at the General Debate of the 76th session of the United Nations General Assembly, which took place at the UN headquarters in New York earlier today.