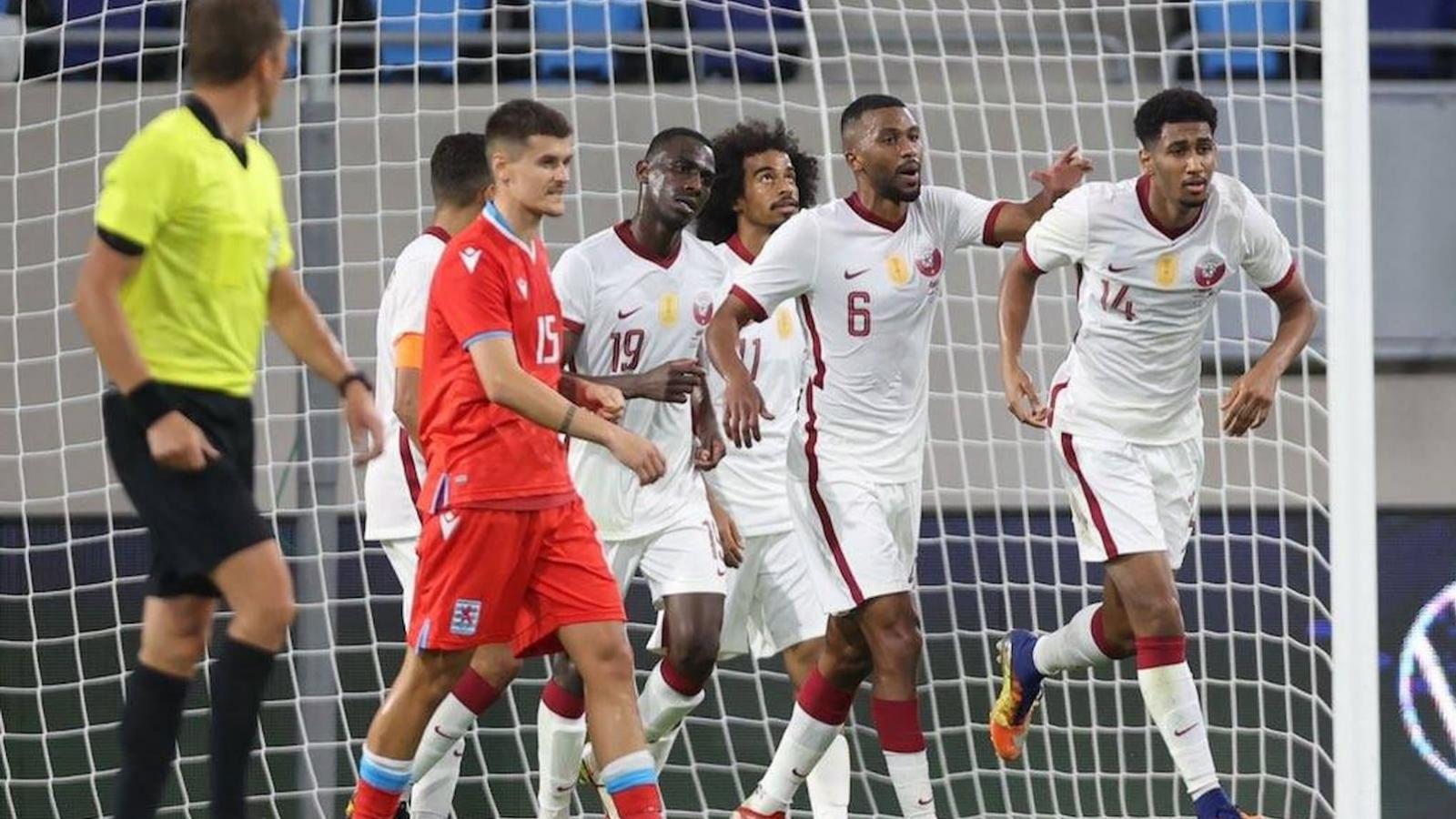 Qatar shared the spoils with its host Luxembourg as their sixth-round match in Group A of the European qualifiers for the FIFA 2022 World Cup in Qatar ended in a 1-1 draw at the Stade de Luxembourg in Luxembourg yesterday.

Substitute player Hammam Al Amin canceled out Luxembourg's Yvandro Borges Sanches 31st-minute goal, 12 minutes later, as the Qatari side heads back home to Doha after a week-long campaign which included earlier matches against Serbia and Portugal.m

In all, Qatar has won two of the six matches played so far in Europe, the first and second rounds victories against Luxembourg (1-0) and Azerbaijan (2-1) respectively, while yesterday's draw was its second, having being held by Ireland (1-1) in March.

Meanwhile, Al Annabi's two losses in the European campaign had been against Serbia (0-4) on September 1 and Portugal (1-3) on September 4, respectively. 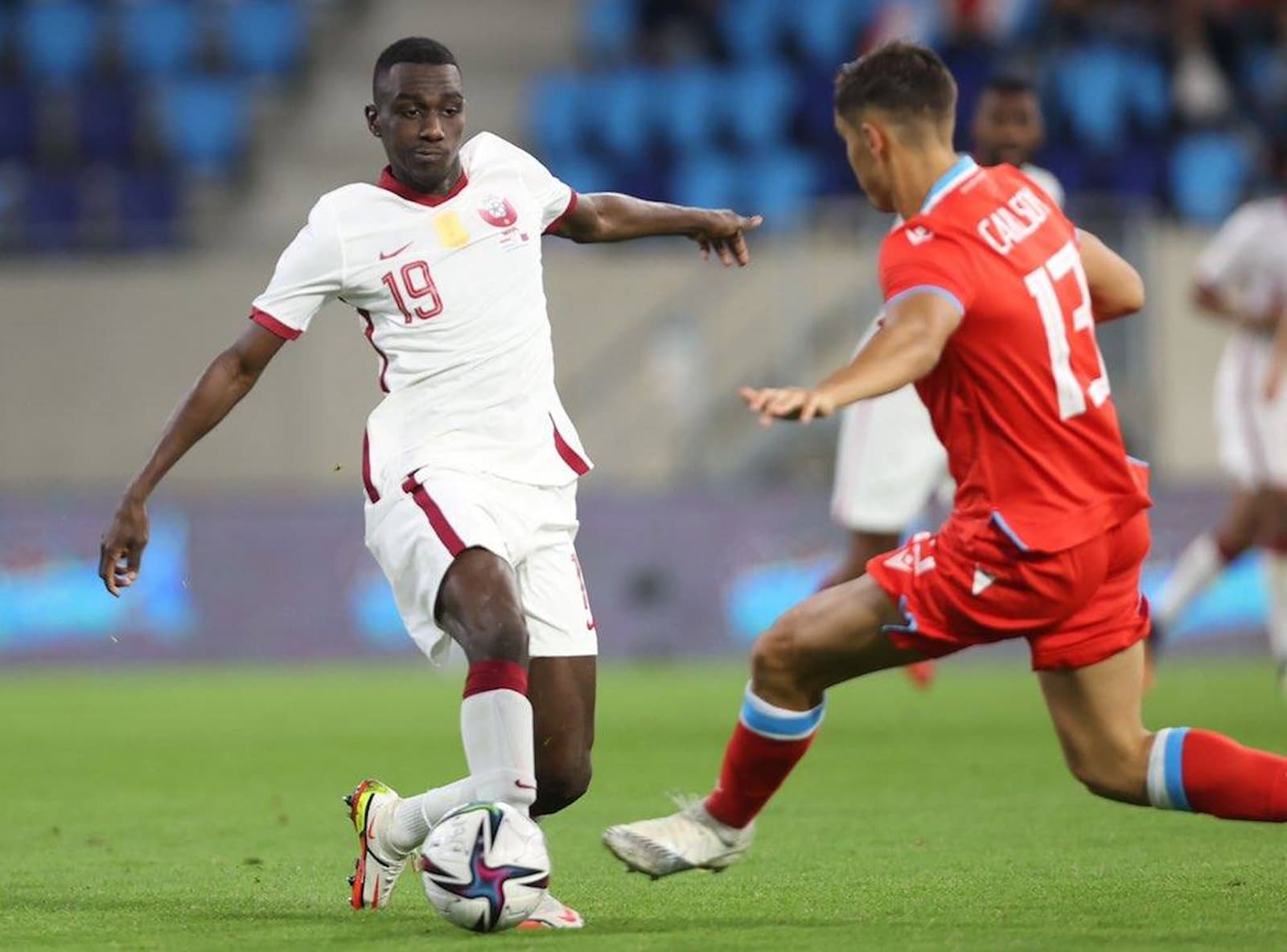 Qatar, the host of the next World Cup, participates in the European qualifiers as guests following an invitation received by the Qatar Football Association (QFA) from its European counterpart.

The Qatari team started the first half on a pressing note, and they almost scored an early goal after a long ball from Hassan Al-Haydos found Ali Afif in the 18-yard box of their hosts. However, the Al Duhail striker failed to connect well with the ball, enabling Luxembourg's goalkeeper Anthony Moris to extinguish the threat with a brilliant catch.

Luxembourg responded quickly with an organized attack from the right side, and they could have gone one up in the 6th minute had Olivier Thill not misfired a brilliant opportunity from the edge of the penalty area after the Qatari defenders made an embarrassing blunder.

Al-Haydos thereafter led a quick attack from the right side in the 1oth minute and penetrated the defense after a skillful dribble. His subsequent powerful shot was deflected for a corner kick which Moris efficiently handled in the end.

After much-sustained pressure, Luxembourg eventually opened the scoresheet in the 31st minute through Borges Sanches, whose shot was deflected into the net by goalkeeper Youssef Hassan following an inch-perfect cross from Daniel Sinani. 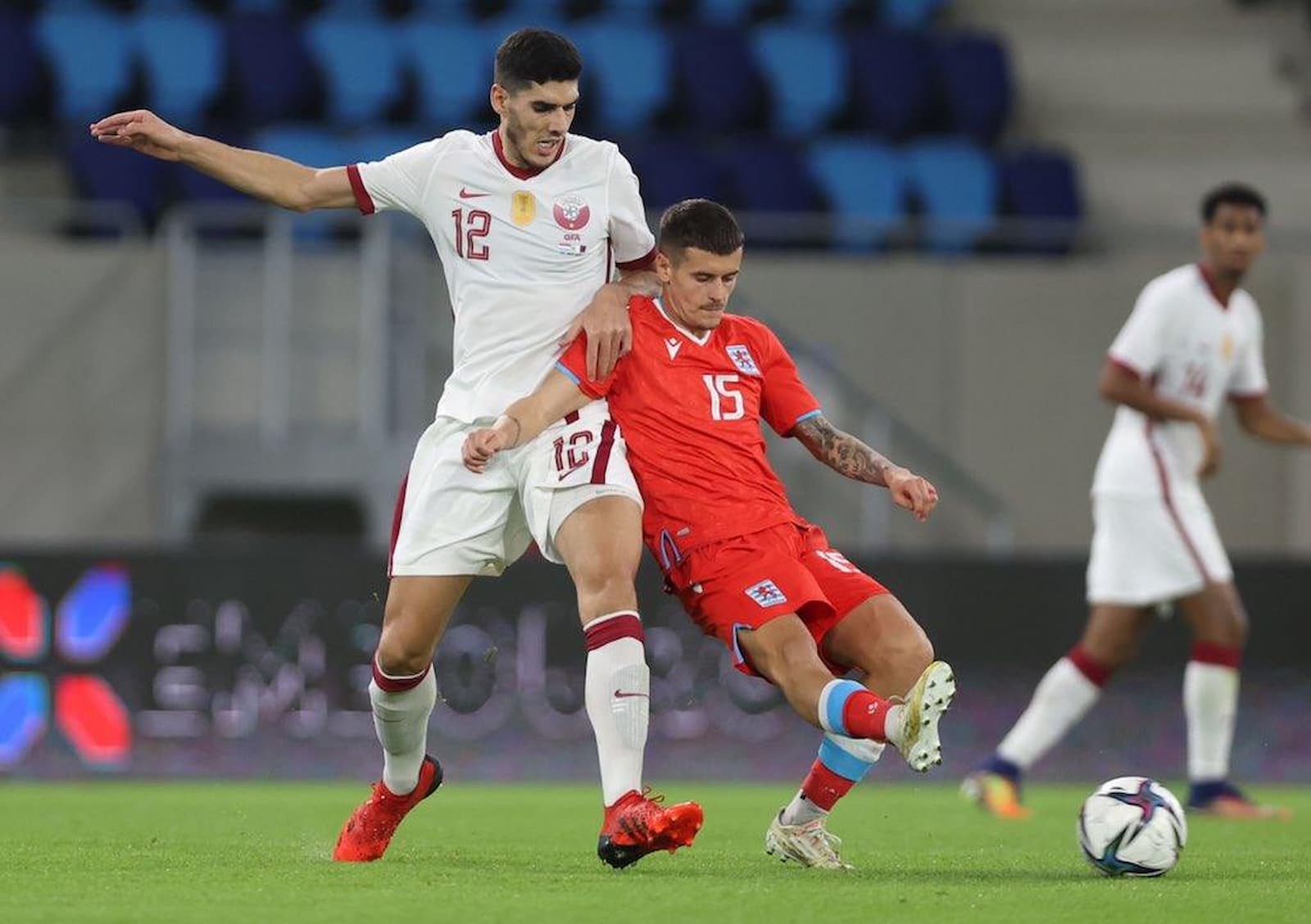 The Asian champions responded with an equalizer just before half-time after a long ball from Bassam Al-Rawi connected well with Hammam Al-Amin on the left side. The Qatari player waltzed his ways past the opponent's defense with deft touches before slotting in a superb finish that flew past Morris' left before landing in the net in the 43rd minute.

The Qatari side were the better side in the second half, and they almost hit the net on more than two occasions. Most notably, Abdulaziz Hatem's shot went near the right post in the 51st minute and a powerful shot from Al-Moez Ali in the 57th minute was just a little wide of Luxembourg's goal.

Another opportunity came begging in the 69th minute from a quick counter-attack after a perfect longitudinal ball from Akram Afif, located Al-Moez Ali, but his subsequent shot missed the mark. Another attack led by Pedro Miguel from the right side went ended across the Luxembourg goal in the 78th minute.

The last minutes of the match passed quickly without a change in the result, as the Luxembourg attacks failed to spark courtesy of a strong defense of the Qataris and the brilliance of goalkeeper Hassan.

Qatar will next take on Portugal in a reverse fixture on October 9 before facing Ireland on October 12.