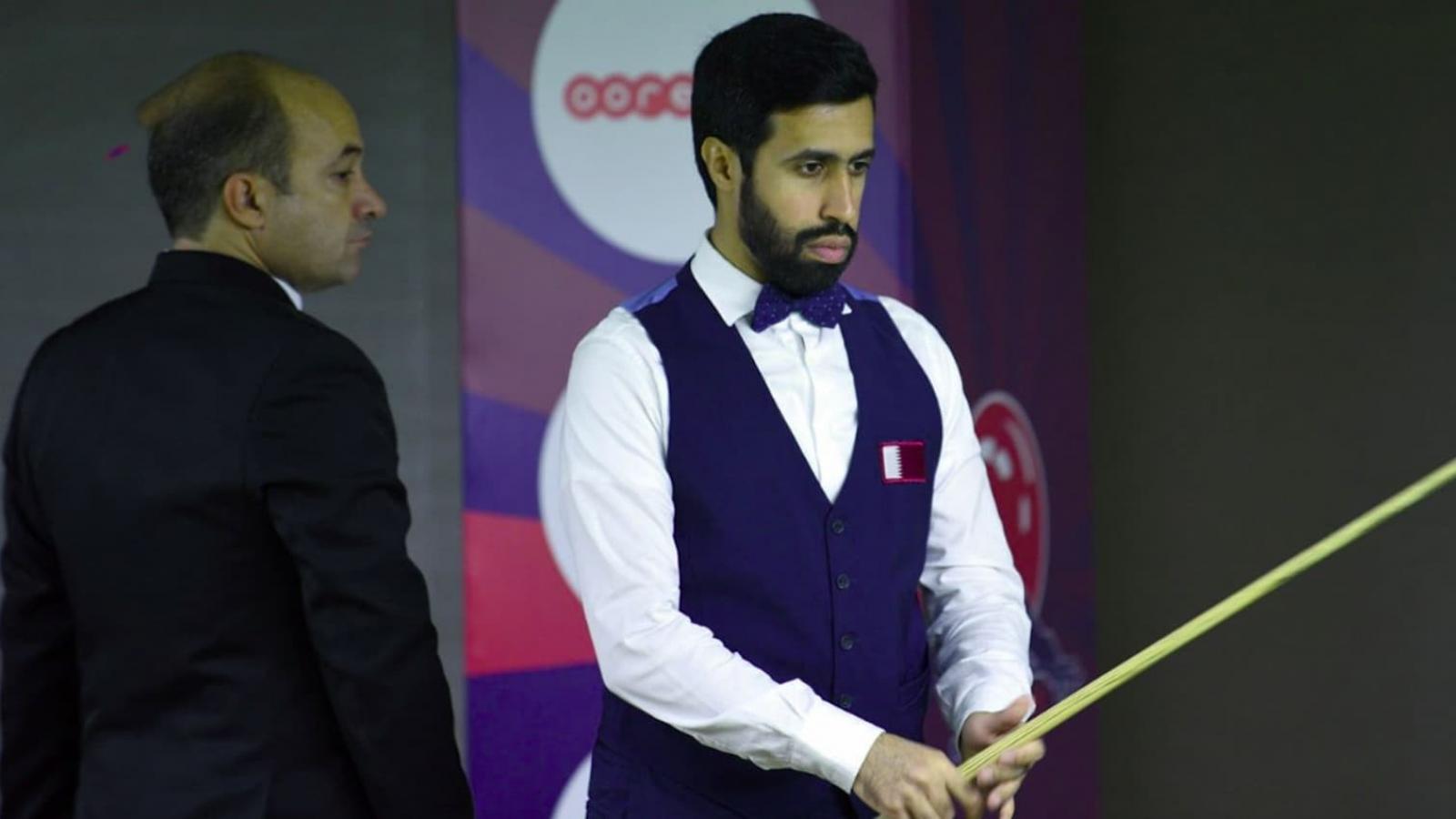 Over 42 most top players from 19 countries are participating in the five-day tournament, which ends on Thursday.

Saif advanced after winning all his three matches to emerge top of Group D.

The 38-year-old Qatari defeated Afghanistan’s Mohamed Rais Senzahi (4-1) in the third and final match of the first round to secure the qualification. In the opening match on Sunday, he trounced Lebanon’s Roy Abi Nader (4-1) before pipping Bahrain’s Hamad Deif (4-0) in the second.

For Hussein, the loss of his third match against Iran’s Amir Sarkhosh counted for nothing in the end as he secured his qualification after finishing as the runner-up in Group E. The Qatari player, who has a competition break of 137, had earlier won first against his Palestinian rival Radi Halabiya (4-0) and then against Oman’s Hussein Al Alawati (4-0) to ensure his qualification was sure.

Obaidly, on the other hand, qualified from Group J as the table-topper. The 2019 GCC Men’s Snooker 6 Red champion defeated Lebanon’s Firas Abboud and Kuwait’s Saud Al-Abdul-Razzaq (4-0), respectively, losing only to Alijalil Ali of Iraq.

Meanwhile, defending champion Pankaj Advani of India confirmed his billing as the player to beat at the continental tournament after winning all four of his matches in Group A, ending the first round with a +15 frame difference.

The 23-time world champion opened his campaign with a 4-0 defeat of Nepal’s Ankit Man Shrestha on Sunday before another 4-0 thrashing of Qatar’s Mohammed Sharshani. The 36-year-old “Prince of Pune” then continued his winning spree against UAE’s Abdulrahman Saif, posting another 4-0 win before rounding the group up with a 4-1 defeat of Iraq’s Ali Hussein. 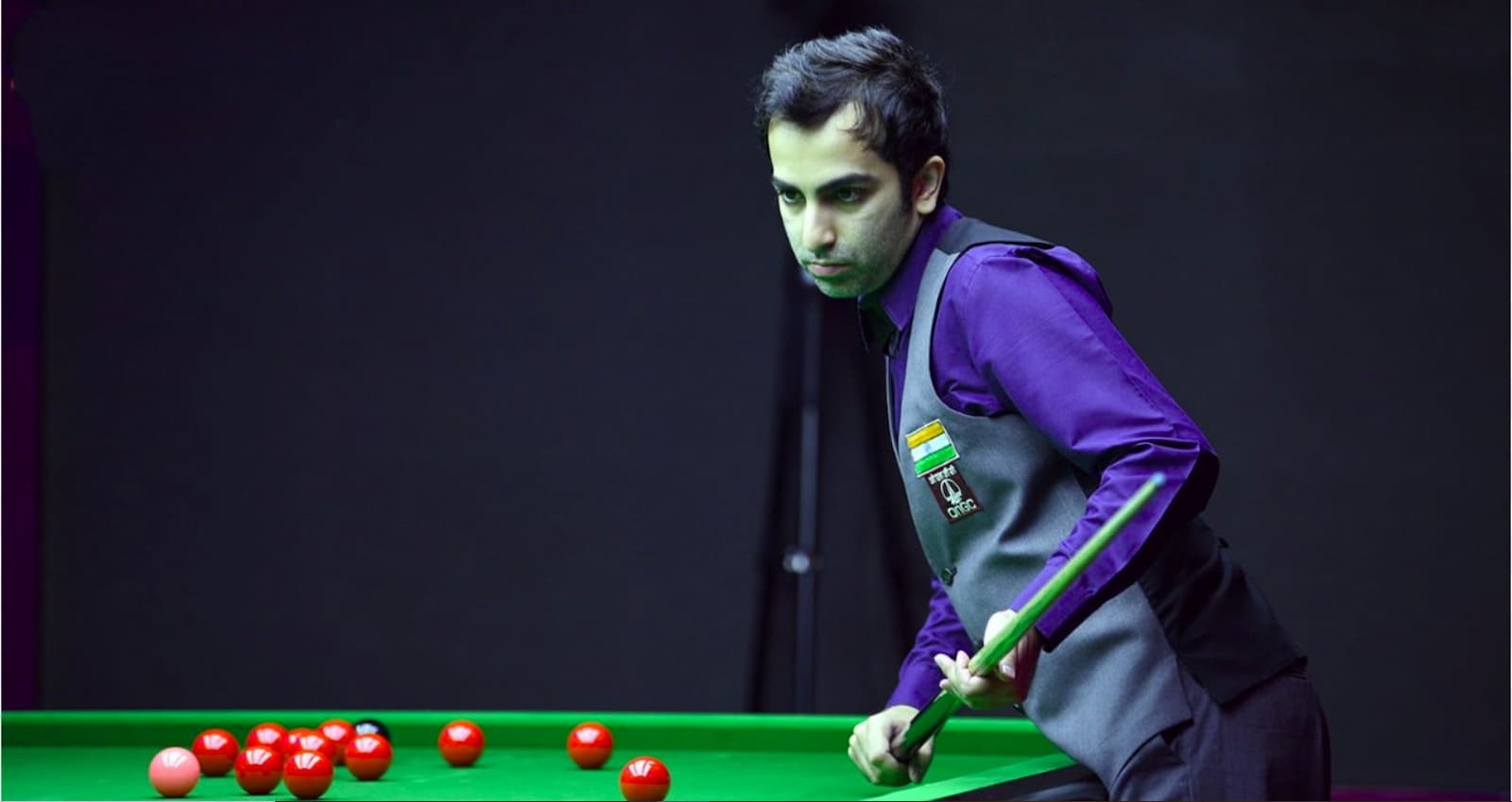 In the other matches, Laxman Rawat of India and Haris Tahir of Pakistan bounced back spectacularly from less-than-perfect starts in their respective games.

Both players were one frame down in the morning session yesterday before they rallied with century breaks to claw their way back in and eventually land victories.

Rawat was up against Omar al-Ajlani of Saudi Arabia and the Indian, after losing the opening frame 36-66, stitched together a break of 109 in the next frame before going 3-1 up and then winning 4-2.

Tahir also lost the first frame to Hong Kong’s Cheung Ka Wai in the same session. But Tahir took the next frame armed with a break of 70 before a 108 strong break in the fourth frame set him up for a 4-1 win.

Qatar is making history at the tournament with two of its players, Mohammed Al Sharshani and Mansour Al Obaidly, being the youngest players. While Sharshani is 14-year-old, Obaidly, on the other hand, is 16 years.

The tournament champion wins a cash prize of USD7,000, in addition to the championship trophy, while the second and third positions receive $3,500 and $2,250, respectively. The last eight players will earn $250 each, while $3,500 is for the player with the maximum break of 147. The player with the highest break will receive $1,000.