Qatar seems to be on a streak of making world records, particularly in the area of sports.

Last month the turf-laying of Al Wakrah Stadium, one of Qatar’s eight stadiums for FIFA 2022 that is set to host the Amir Cup final on May 16, was finished in record time.

And now, another feather has been added to the country’s cap with the pitch at Al Khor’s Al Bayt Stadium being readied in just 6 hours and 41 minutes!

The Supreme Committee for Delivery & Legacy (SC) made the announcement yesterday in a tweet, stating that it looked forward to “breaking more records at our other stadiums.”

This new record broke Al Wakrah Stadium’s record of nine hours and 15 minutes that was achieved on March 22.

A giant tent structure will cover this entire stadium that is set to host matches right through to the 2022 FIFA World Cup semi-finals.

Being delivered by Aspire Zone Foundation, the stadium takes its name from bayt Al sha’ar – tents historically used by nomadic people in Qatar and the Gulf region.

In common with Qatar’s famously hospitable people, Al Bayt Stadium will welcome guests from far and wide, entertaining them and inviting them to experience the country’s traditional culture.

When the tournament concludes, the arena will reach even more people around the globe in a remarkable way. Identical to a nomad’s tent, it will be portable.

The top tier of seating will be removed and gifted to developing nations that need stadium seating, reflective of Qatar’s benevolent spirit.
-- 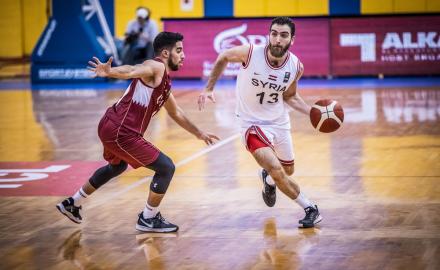