Baghdad Bounedjah netted a brace and provided an assist as Al Sadd claimed an emphatic 4-0 win over Al Ain of the UAE. At the same time, Al Duhail suffered a shocking 2-4 defeat in the hands of UAE's Sharjah FC in their respective Matchday Four encounters of the 2020 AFC Champions League yesterday.

For the 2011 champions Al Sadd, the result confirmed their ticket into the Round of 16 of the continental tournament while the inaugural Champions League winners Al Ain are out of contention after securing just one point in four games.

The two teams had shared the spoils of the six-goal thriller three days ago at the same venue, Jassim Bin Hamad Stadium, with Boualem Khoukhi's own goal denying the coach Xavi's team of an outright victory.

Just like the last time they met, Al Ain got off to a flying start in the highly entertaining encounter with Caio Canedo getting a golden chance to draw first blood as he received a beautifully weighted through ball that put him in on goal. He took on Khoukhi, then attempted a shot that Qatar international keeper Saad Al Sheeb got a touch on to remove any danger.

Bounedjah, the top scorer in the 2018 tournament with 13 goals, opened the scoring for Al Sadd in the 26th minute after receiving a magnificently weighted chipped pass from 2019 AFC Player of the Year Akram Afif that put him clear on goal. The Algerian made no mistake as he placed the shot to Eissa's left. 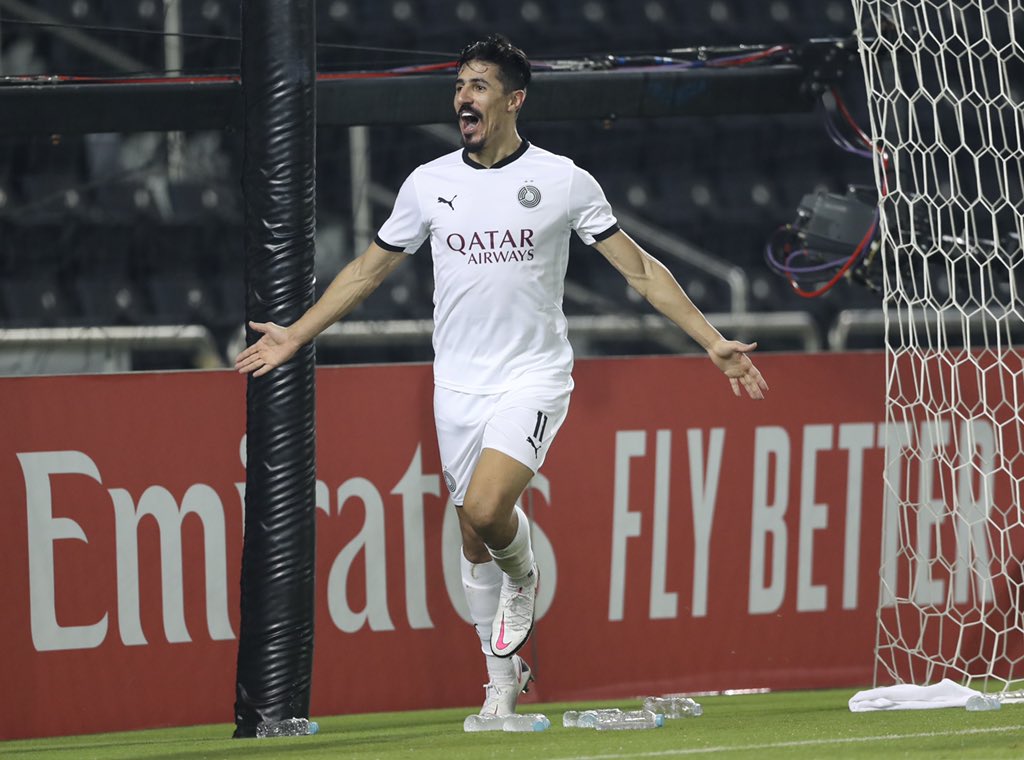 Al Sadd doubled their lead on the stroke of the hour, this time Afif sliding in to meet a low through cross from Bounedjah as the Al Ain defense was found wanting.

Togolese forward Kodjo Laba almost got one back for Al Ain when he waltzed his way through a forest of defenders before lashing a ball with his left foot, but Al Sheeb managed the slightest of touches to deflect it onto the crossbar and away from danger.

Bounedjah added his second of the game for the Qatar Stars League side in the 70th minute when he grabbed a pass from the hard-working Santi Cazorla and hammered the ball past Al Ain goalkeeper Khalid Eissa.

Recently re-signed Rodrigo Tabata, who came on as a substitute in the 73rd minute, made his mark on proceedings when he left a defender trailing before placing a shot in the roof of Eissa's net with his left foot in the 86th minute to finish the game off.

"We are delighted with this win. We played a great game. It was a big performance from us. Everything was perfect – attack, defense, set-pieces. We also had luck as they had some chances, but this is football," Al Sadd's coach Xavi said after the match.

"Everyone did a good job today; we focused on our organization and game model. We created more chances compared to the last game, and we were more effective. We are in a good position in the group now. This is an important win, but we need to keep going. I'm thrilled, especially for the players, we now need to recover well and focus on the next game," the Barcelona legend added.

Second-placed Al Sadd will next face table-toppers Al Nassr of Saudi Arabia, who defeated Iran's Sepahan FC 2-0 in the other encounter of the day, while Ain will square up against Sepahan FC on Monday.

Sharjah FC got their revenge against Al Duhail in a six-goal thriller three days after suffering a 2-1 defeat in the hands of the newly crowned QSL champions at the Education City Stadium yesterday.

Sharjah came into the match in a desperate need for a win to keep them in the race for a place in the next round, while for Al Duhail, a win could mean going top if Al Taawoun fail to defeat Persepolis in the other fixture of the day.

Al Duhail drew the first blood after Almoez Ali outmuscled his marker, controlling a long ball to set up Abdullah Al Ahrak whose strike from 25 yards out beat custodian Adel Al-Hosani in the Sharjah goal 12 minutes from the start. 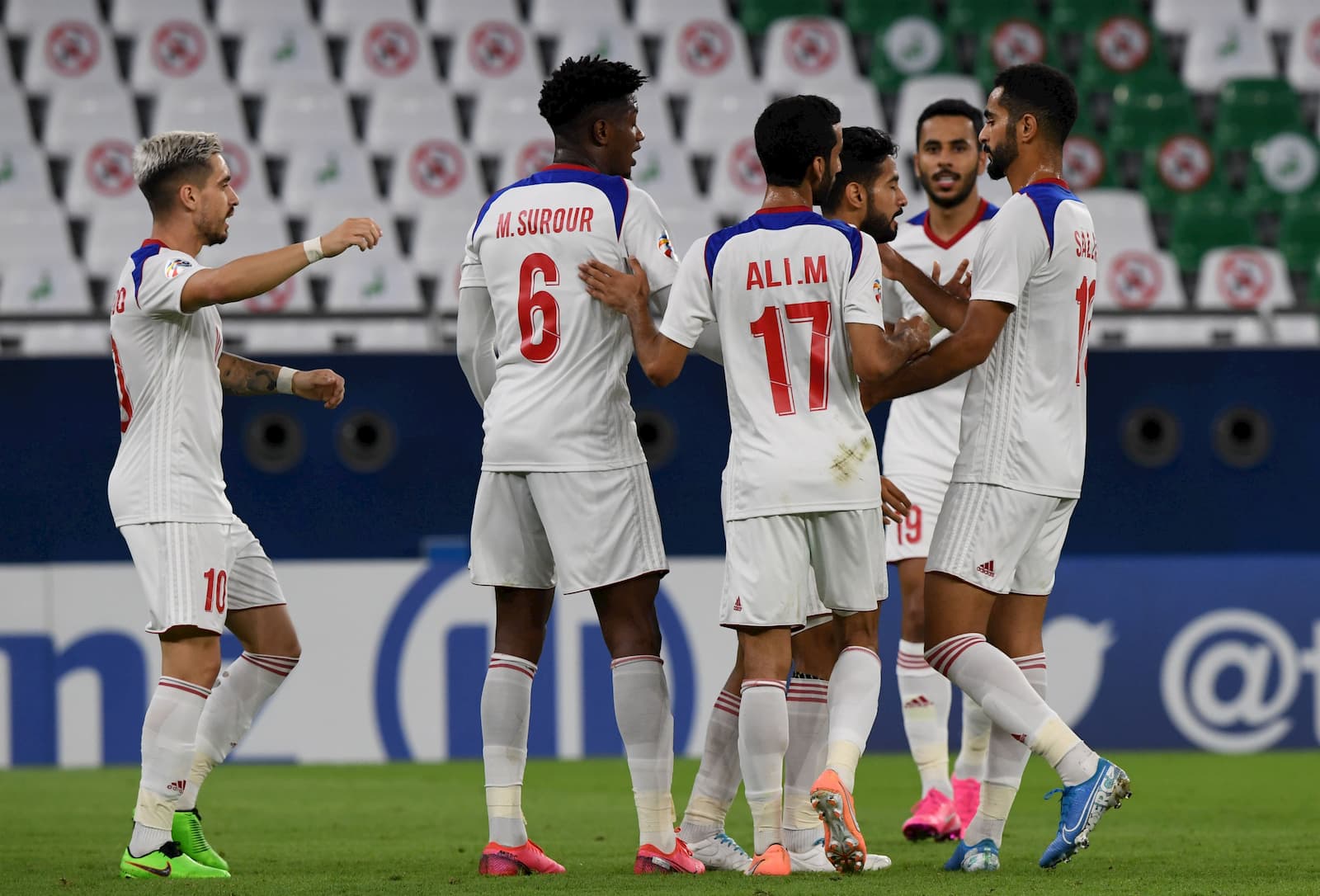 Al Duhail's celebrations were cut short though, as their goalkeeper Khalifa Ababacar failed to hold onto a shot from Khaled Ba Wazir that was hit straight at him and let it slip through his fingers just six minutes later.

Before the midway point of the opening half, Al Duhail nearly restored their lead when Almoez Ali was set up at the penalty spot by a cross from Dudu, but the Qatari International watched Al Hosani produce a top drawer save to deny him.

Dudu had a golden chance to score in the 33rd minute after being sent through on goal by an Ali Afif defence-splitting pass, but the Brazilian could not apply the finish past Al Hosani who did well to catch the effort.

The Emiratis, who had gathered just one point from their first three matches and needed a win to keep their hopes of a knockout berth alive, sensed an opportunity when Duhail went down to 10 men after former Juventus man Mehdi Benatia received his marching order for an elbow on Igor Coronado in the 59th minute.

Sharjah went straight into the lead from the resultant free-kick as Majid Surour scored on the rebound after Coronado had rattled the woodwork from the dead ball. Al Duhail, though, were not willing to give up without a fight and equalized through a stunning half-volley from captain Almoez Ali in the 70th minute.

Five minutes later, Sharjah were awarded a penalty after Mohammed Musa appended Welliton inside the box. Coronado stepped up and just like in the reverse fixture, converted from the spot.

Head coach Abdulaziz Al Anbari's men cemented their victory in added time as former Kashima Antlers and Al Ain winger Caio exchanged passes with Coronado following a corner and drilled an effort from a tight angle that beat the goalkeeper to make it 4-2 at the final whistle.

The result means Shariah get their first win in the AFC Champions League since 2004, moving up to four points, keeping them in the competition, while Al Duhail freeze at six points.

Al Duhail will next be up against Iran's Perspolis while Sharjaf FC will come up against Al Taawoun on Monday at the Education City Stadium. 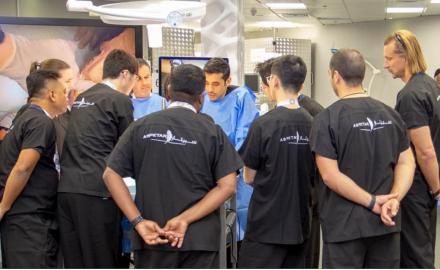 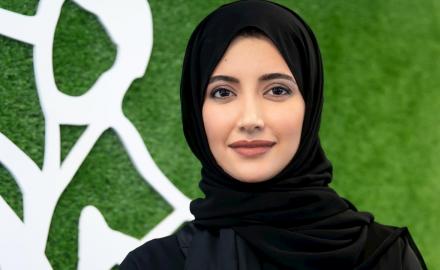 SC showcases cybersecurity preparations ahead of 2022 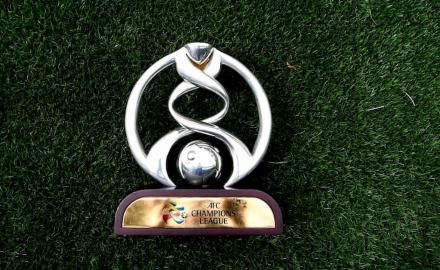