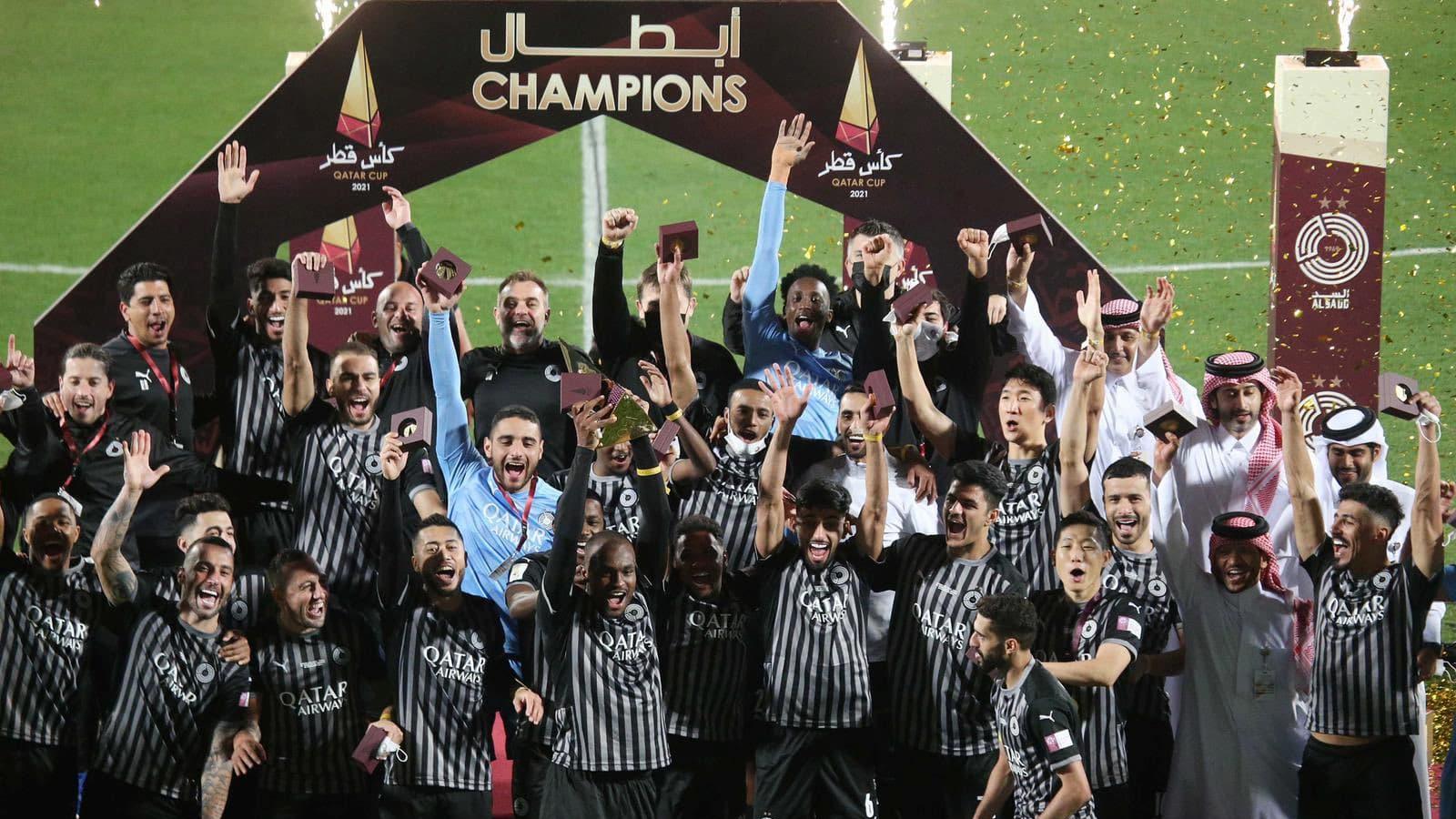 His Excellency Sheikh Joaan bin Hamad Al Thani, President of the Qatar Olympic Committee, crowned the champions in the presence of several dignitaries and fans at the end of the enthralling encounter.

"I am very happy with the team's performance. We played a great game, and the performance was more than excellent. We played with passion and spirit throughout the match, and we deserved this win," the visibly excited Al Sadd head coach, Xavi Hernandez, said after the match.

"We defeated a strong and competitive opponent. We suffered in the second half, and this is normal in finals. I want to congratulate all the players and the staff. We want to win more titles. This was a deserved win and another title for Al Sadd, and we proved that we are the best in Qatar," he added. 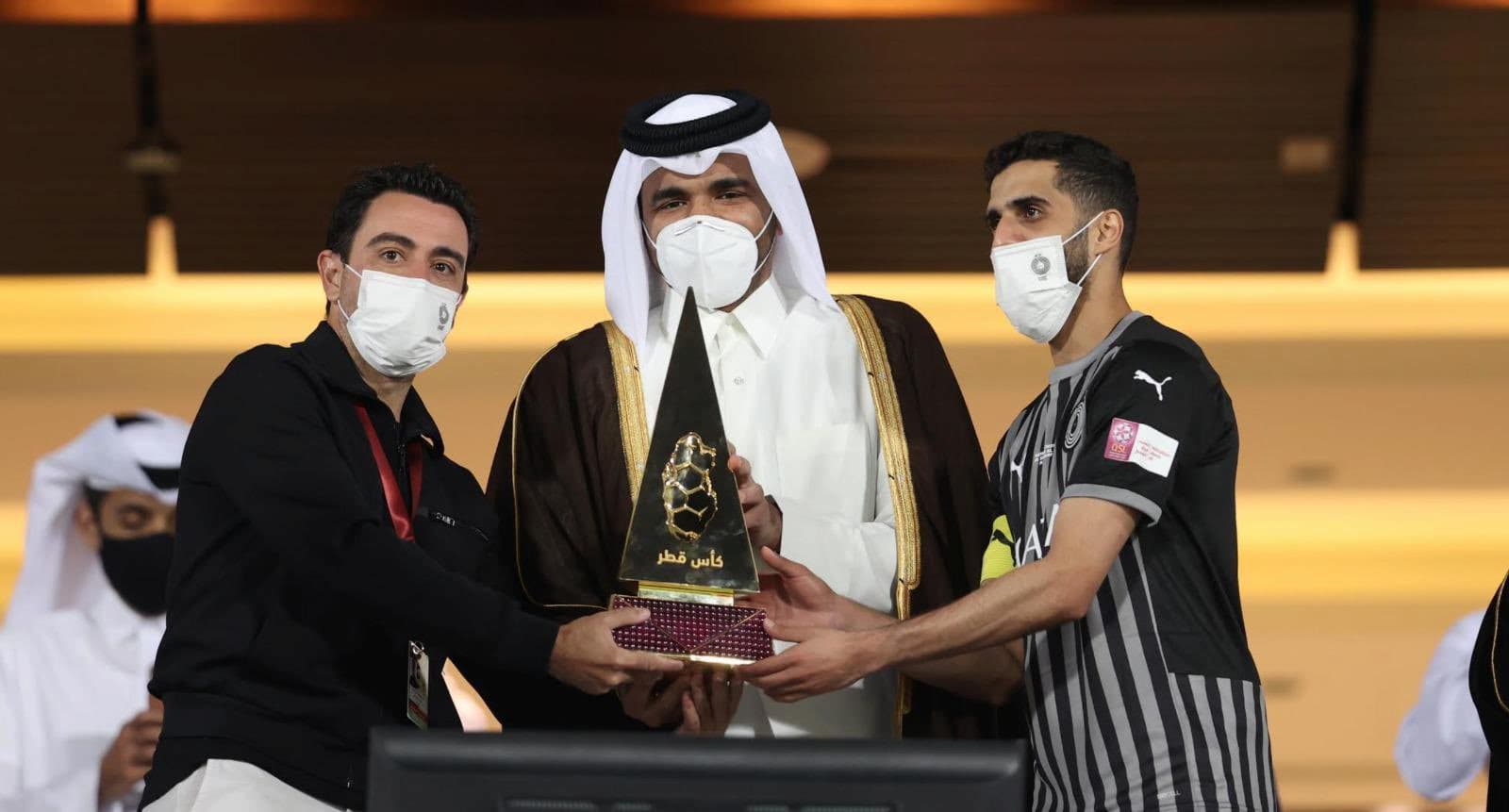 Star Algerian striker Baghdad Bounedjah scored on both sides of the halves (9th and 77th), with his first goal coming off a bicycle kick. Santi Cazorla assisted him for the second.

As expected, in-form Al Sadd dominated the match, but Al Duhail would lament the second half's missed chances that dearly cost them.

Al Sadd looked to take control of the game initially and did not have to wait much for a goal, with Bounedjah producing a brilliant goal-scoring display to take his team ahead.

Captain Hassan Al Haydous' throw reached Nam Tae-Hee near the penalty area. The South Korean's attempt was rebounded from a defender, allowing Bounedjah to strike a first-time overhead kick from close range. The consistent striker was accurate in his attempt, giving no chance to Al Duhail goalkeeper Salah Zakaria, who saw the ball sailing in his right corner.

In the 24th minute, Paulo Edmilson Junior made a slick run beating Abdelkarim Hassan in the process, but his shot from outside the box was far from the target.

Al Sadd enjoyed 62 percent possession after the first half, but most of the action remained in the middle.

In the 35th minute, referee Khamis Mohammed Al Marri, after consulting VAR, reversed his decision of awarding a penalty to Al Sadd, with a video replay showing Mohammed Musa not making any contact with Bounedjah in the area. 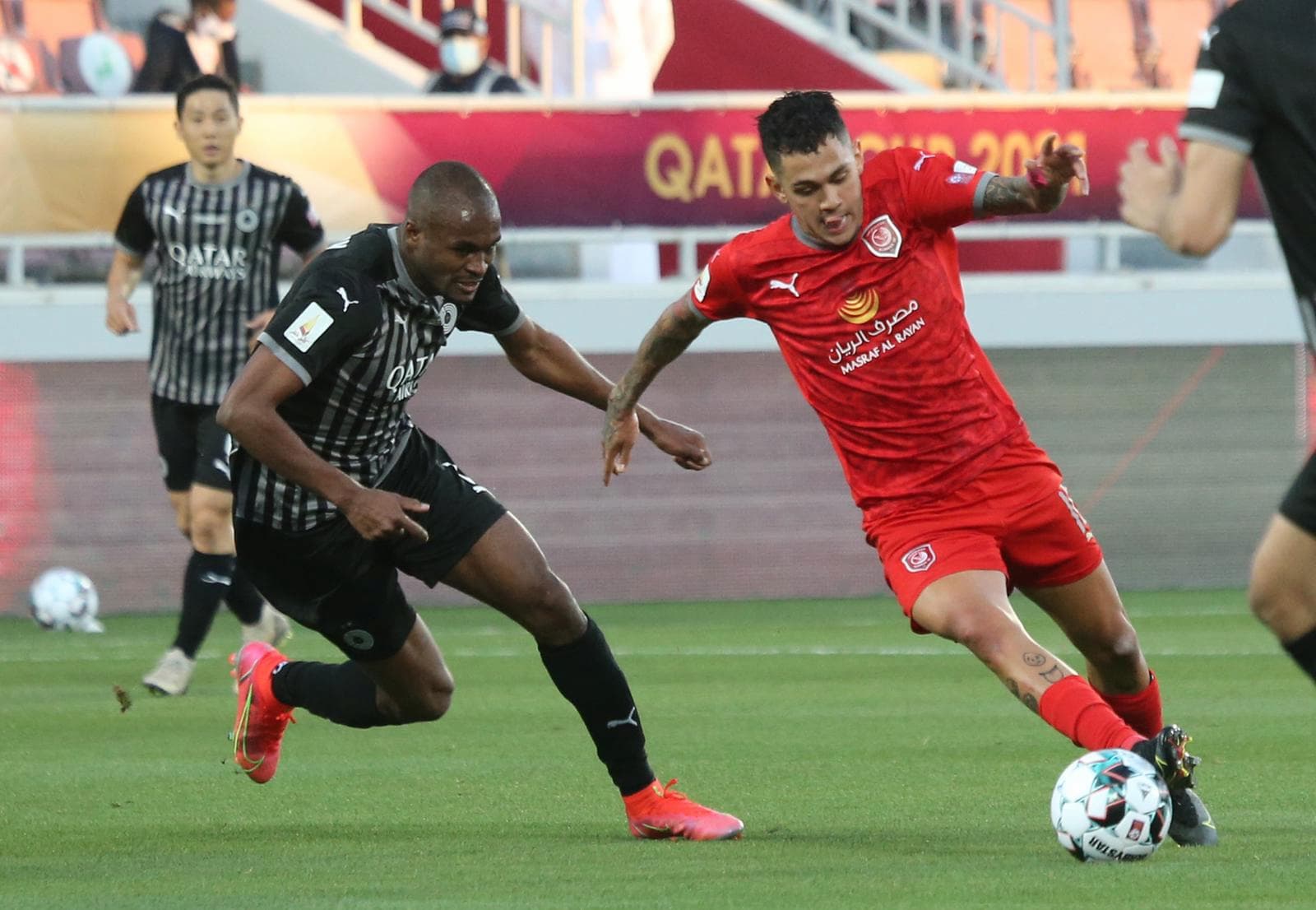 As Al Sadd looked to double the lead, Al Haydous' volley, after receiving a curled pass from Cazorla, went wide. Al Duhail captain Almoez Ali led an attack in stoppage time, but The Red Knights, once again, failed to come close to scoring.

However, Al Duhail started the second half better, putting pressure on Al Sadd with an attacking display.

In the 55th minute, Al Sadd almost doubled their lead, but Boualem Khoukhi's superb header struck the goal-post in a respite for Al Duhail.

Soon after the hour mark, Olunga missed a golden opportunity after receiving a brilliant cross from Almoez, but his shot from near the penalty area was too high.

After Xavi called back Al Haydous with Yousef Abdulrazaq replacing him in the 72nd minute, Al Sadd went 2-0 with another Bounedjah goal.

Cazorla gave a perfect through pass to the Algerian, and, after a short run, he was in a one-two with the keeper, later pushing the ball over Salah for his second goal.