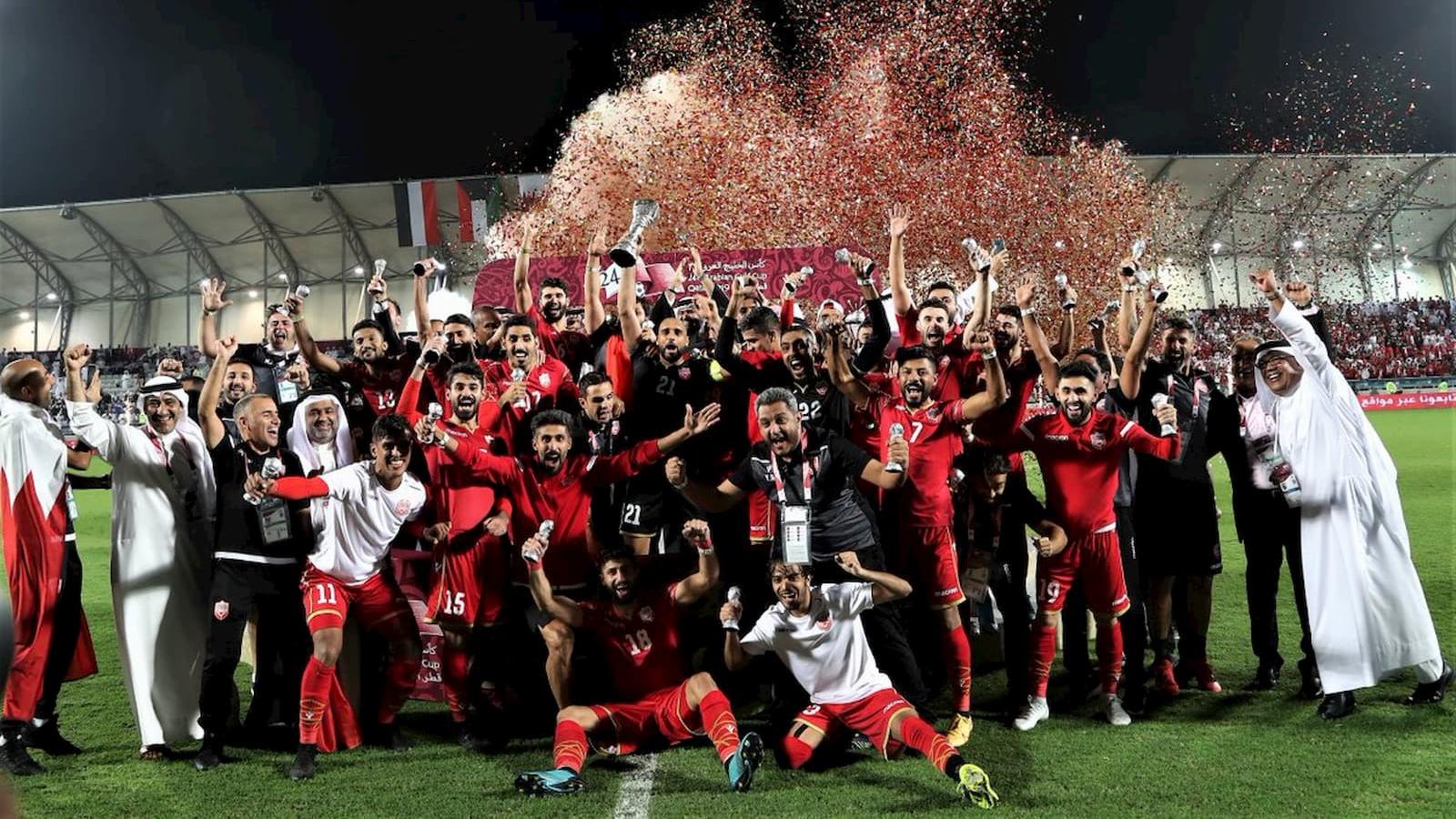 After 49 years of playing the second fiddle at best, the wait is finally over for Bahrain as they emerged the ‘last men standing’ as curtains fell on the 24th Arabian Gulf Cup, hosted by Qatar, yesterday.

A 69th-minute goal from Mohamed Al Romaihi was all it took for the Dilmun's Warriors to become the 2019 Champions of the Gulf region at the end of their final match with three-time champions Saudi Arabia at the Abdullah Bin Khalifa Stadium.

Doubtlessly, the name on everybody’s lips either young or old in Manama, which has declared today as an official holiday to celebrate the rare feat, for many days to come will be Al Romaihi. The 29-year-old Manama Club forward has ended Bahrain’s spell of trophy-barrenness by helping to script an improbable win against an opponent that have beaten them 19 times and drawing 11 out of the 36 times they have clashed in the past.

? Behind the scenes from the #GulfCup2019 final between Bahrain ?? and Saudi Arabia ??pic.twitter.com/uhAsRofO1P

Good things eventually come to those who wait, they say, and this was truly the story of the Bahrainis who were the finalists at the maiden edition of the biennial tournament in 1970, and have since gone ahead to play in the final on three other occasions (1982, 1992, 2003) but without registering a win until now.

As expected, the new champions were on cloud nine as they received their medals and the trophy from His Highness the Amir Sheikh Tamim bin Hamad Al Thani who watched the match alongside other dignitaries at the 9,000 capacity stadium.

The Green Falcons will definitely have themselves to blame for losing a match that seemed destined to be in their favor as they had most of the opportunities, including a penalty that was not converted, and they should have taken a two-goal lead inside the first ten minutes.

With the Saudis, who edged out hosts Qatar 1-0 in the semis, starting the match on a pressing note, it was not surprising that the first major chance of the night fell to the coach Herve Renard’s side with Al Hilal’s winger Salem al Dawsari, who came into the starting XI after sitting out of the semi-final against Qatar due to injury, hitting a vicious right-footed curler that narrowly missed the net, grazing the top right bar, in the 4th minute.

Dawsari once again turned up for the Saudis six minutes later after he was hacked down by Bahrain’s Jasim Al Shaikh in the box.

Swiss referee Lionel Tschudi subsequently wasted no time in pointing to the spot despite protests from the coach Hélio Sousa men and the overwhelming Bahraini fans, who thronged the stadium in their thousands, but as fate would have it, captain Salman al Faraj, who stepped in to take the spot-kick, blasted wide much to the relief of the Bahrainis.

Bahrain had their own chance at registering a goal three minutes later with Ali Haram’s weighted pass finding Mahdi Al Humaidan only for the Al Ahli of Manama forward to shoot straight at goalkeeper Fawaz Al Qarni.

The Bahrainis eventually broke the deadlock in the 69th minute with Al Humaidan running into a wide position and subsequently sent a perfect cross to Rumaihi, who evaded the onrushing defender Abdulellah Al Malki, before coolly slotting home the winner with his left loot to the dismay of keeper Al Qarni.

The Saudis had a number of late efforts as they pushed for the equalizer and they had a chance in the 87th minute to take the game into extra time, but Feras Al Bikran's shot was way off the mark.

Bahrain subsequently stood their ground as they held on for the win sparking scenes of jubilation among the players and fans inside the stadium.

With yesterday’s loss, the Green Falcons have now lost in the final four times in the last six editions of the competition and have not won the title since 2004.

The tournament’s next port of call is Iraq who have been slated to host the 25th edition in 2021.