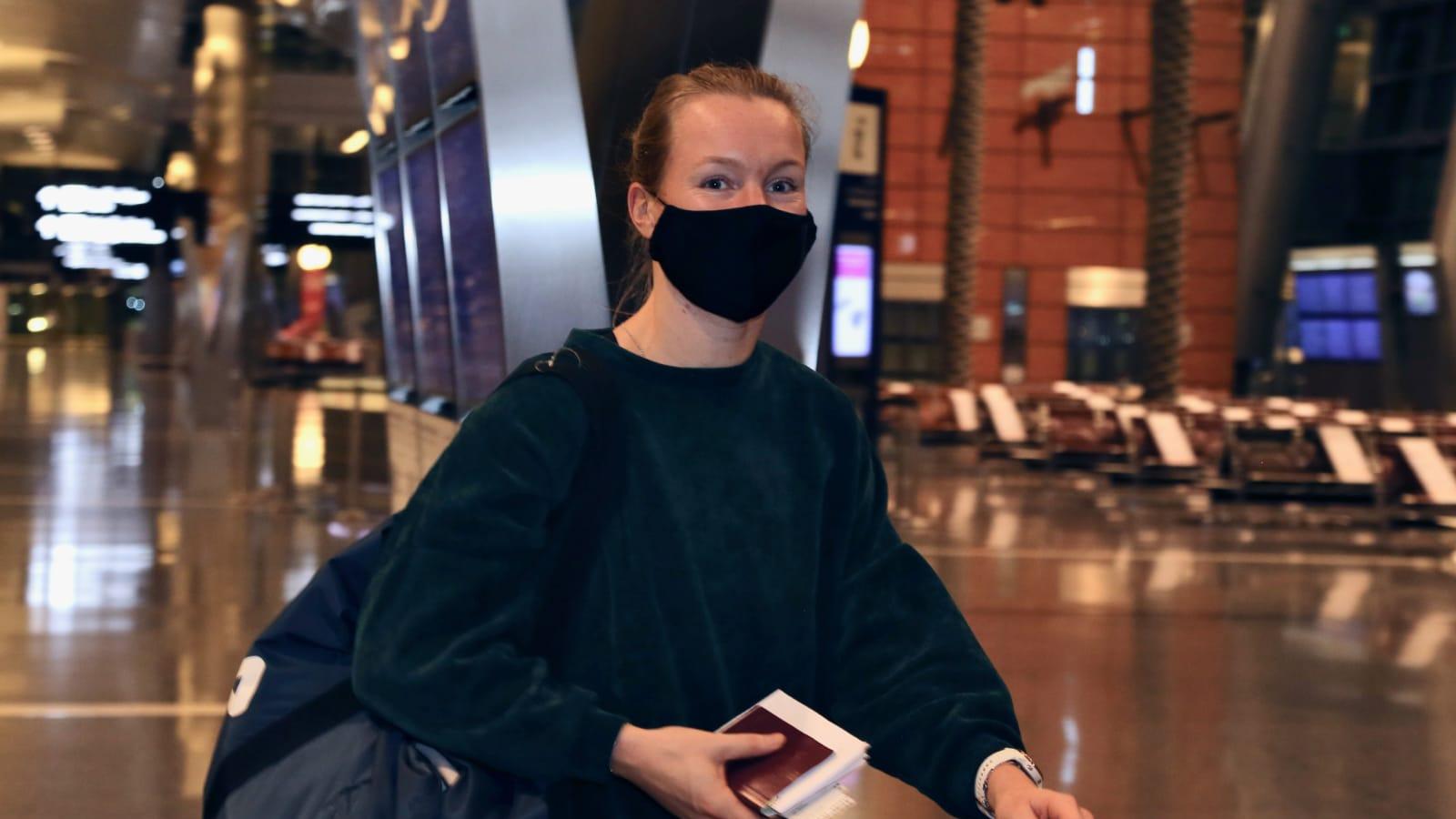 Bertens first to land in Doha for Qatar Total Open 2021

The stars have started arriving in Doha for the Qatar Total Open 2021, with the world No.11 Kiki Bertens of The Netherlands being the first player to touch down at the Hamad International Airport on Monday night.

The 29-year-old Bertens, a 2016 French Open semi-finalist, was received on arrival by the Qatar Tennis Federation officials before proceeding with the necessary health protocols in line with the tournament's vital health and safety measures.

This year's tournament is Berten's fourth appearance in Doha. She made her Qatar Total Open debut during a rain-soaked 2017, falling in the opening Round to eventual finalist Caroline Wozniacki. After skipping 2018, she returned in 2019 to earn her first two Doha victories over Camila Giorgi and 2016 Champion Carla Suarez Navarro. In the Quarterfinals, she fell to eventual champion Elise Mertens. She was stopped in the Round of 16 by China's Zheng Saisai at last year's tournament.

Bertens ended the 2020 season as World No. 9, her third time finishing among the Top-10. She won one WTA title at St. Petersburg and reached the fourth round of the Australian Open and Roland Garros.

The Qatar Total Open 2021, the 19th edition, will take place from March 1 to 6 at the Khalifa International Tennis & Squash Complex in Doha.

Tickets are out now for the upcoming Qatar Total Open 2021.
Book yours NOW! https://t.co/EgEYkCjse0 pic.twitter.com/h8w1E61tdE

Expected to arrive in Doha later on Wednesday are World No. 12 Belinda Bencic, World No. 15 Garbine Muguruza, World No. 19 Madison Keys of the USA, Kazakhstan's Elena Rybakina, two-time (2012, 2013) champion Victoria Azarenka and Maria Sakkari of Greece.

Other stars are expected to arrive in time for the WTA Tour Premier event's draw ceremony on February 26.

"We are very excited to welcome Kiki Bertens to Doha for the fourth time. Since her first appearance in 2017, she has only missed this tournament once, which indicates how important Qatar Total Open is to her. I wish her all the best as she enjoys her stay while she does what she knows how to do best at this week-long festival of great tennis," Tournament Director Saad Al Mohannadi said.

A total of $565,530 in prize money are up for grabs at the prestigious tournament, which will involve 32 players, including four qualifiers, in the singles event and 16 teams for the doubles.

By QLNews·0·1 week 4 days ago
The Cabinet decision also allows these facilities to provide some of their medical services through modern means of communication.

By QLNews·0·1 week 5 days ago
As Qatar continues to fight the pandemic with all its might, today the Ministry of Public Health (MoPH) has announced that the age threshold for COVID-19 vaccine eligibility has been reduced to 40 years.

By QLNews·0·1 week 5 days ago
The Ministry of Public Health has once again reminded the public that the COVID-19 vaccination center at Qatar National Convention Center will only allow individuals with prior appointments to take the COVID-19 vaccine.