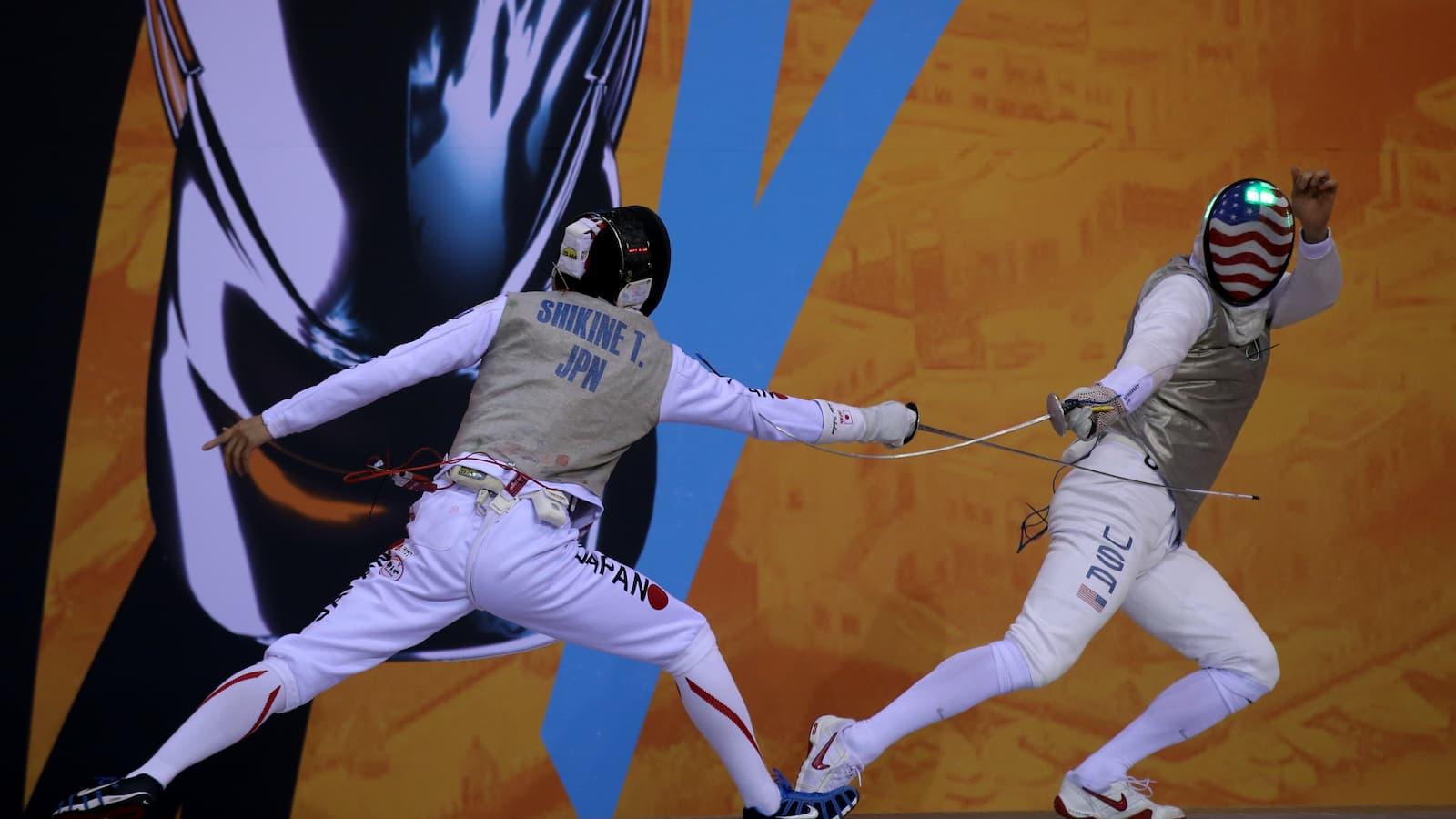 Gerek Meinhardt of the USA, the 2016 Olympics bronze medalist, and world No.1 Inna Deriglazova of Russia claimed the men and women titles of the FIE Foil Grand Prix Doha 2021, respectively, at the Aspire Dome in Doha on Sunday.

The world No. 3 Meinhardt secured a 15-11 victory over the 20th-ranked Takkahiro Shikine of Japan in the final, while Deriglazova, a three-time world champion and winner of a massive 13 World Cups, trounced China's Qingyuan Chen, a bronze medalist at the 2019 Asian Championship, 15-5.

"I'm very excited to win here in Doha. This is the first competition in over a year and to emerge champion is quite remarkable. The competition is well organized, and I'm very impressed. I hope to continue in this form and win in Tokyo," Meinhardt said.

The three-day 2020 Summer Olympics qualifying event had attracted a total of 296 male and female fencers from 51 countries who were in Doha to secure either direct qualifications for Tokyo or points that add to their rankings in the quest for a berth at the Games.

The competition was the first major event to be held in over a year due to the COVID 19 pandemic. It took place with strict adherence to the health authorities and the International Fencing Federation's health and safety protocols.

The top-16 finishers in Doha are guaranteed automatic slots in Tokyo, while the rest will have to go through the continental qualifiers' route to reach Japan.

"We are happy that the competition ended on a successful note. This tournament has further enhanced Qatar's reputation as a top destination for global sports. We thank the QOC for their great supports, and I also thank all the members of the organizing committee for ensuring the success of the tournament," said Qatar Weightlifting and Fencing Federation (QWFF) President Mohammed Yousef Al-Mana.

On a day of many surprises, particularly in the men's event, the world's No. 1 Alessio Foconi's failure to make it out of the Last-64 stood out as the most shocking. The 31-year-old three-time World Cup champion and a gold medalist at the 2018 World Championship in Wuxi, China, suffered a 14-15 defeat in the hands of 350-ranked Tyvan Bibard of France.

The clash was the first between Foconi and the 21-year-old right-handed fencer from Paris, who went all the way to the round of 16 before being stopped in his tracks by Brazil's Guilherme Toldo, the world No. 26.

Except for the third-ranked Meinhardt, his compatriot Race Imboden, the world No.8 and the 12th-ranked Chun Yin Ryan Choi; all the world's top-16 fencers in the men's event failed to reach the quarter-finals.

In the semi-finals, Meinhardt claimed a convincing 15-8 over his compatriot Race Imboden, the world No.8, while Shikine narrowly edged out Alexandre Ediri, the 106th-ranked Frenchman, 15-14 after a very keen contest.

Ediri, one of the major revelations of the competition, dispatched Russia's Kirill Borodachev, ranked 45th, in the round of 16 before dispatching compatriot Alexandre Sido 15-6 in the quarter-finals.

While the top-ranked fencer in the men's event had a disappointing outing in Doha, things were however different in the women's as Deriglazova eviscerated all obstacles on her way to reach the semi-finals, where she was pitted against Frenchwoman Ysaora Thibus, the world No.6 and the silver medalist at the 2012 European Fencing Championships in Legnano.

The 2016 Olympic champion Deriglazova defeated Italy's Beatrice Monaco 15-9 in the round of 16 before claiming a 15-11 victory against her compatriot Adelina Zagidullina in the quarters.

Deriglazova withstood a late rally from Thibus, who almost overthrew a six-point deficit in their clash before eventually winning 15-10 to set up the final match against Chen.

Chen had defeated another Russian, Marta Martyanova, gold medalist at the 2019 Tashkent Grand Prix, 15-13 in the other semi-final encounter.