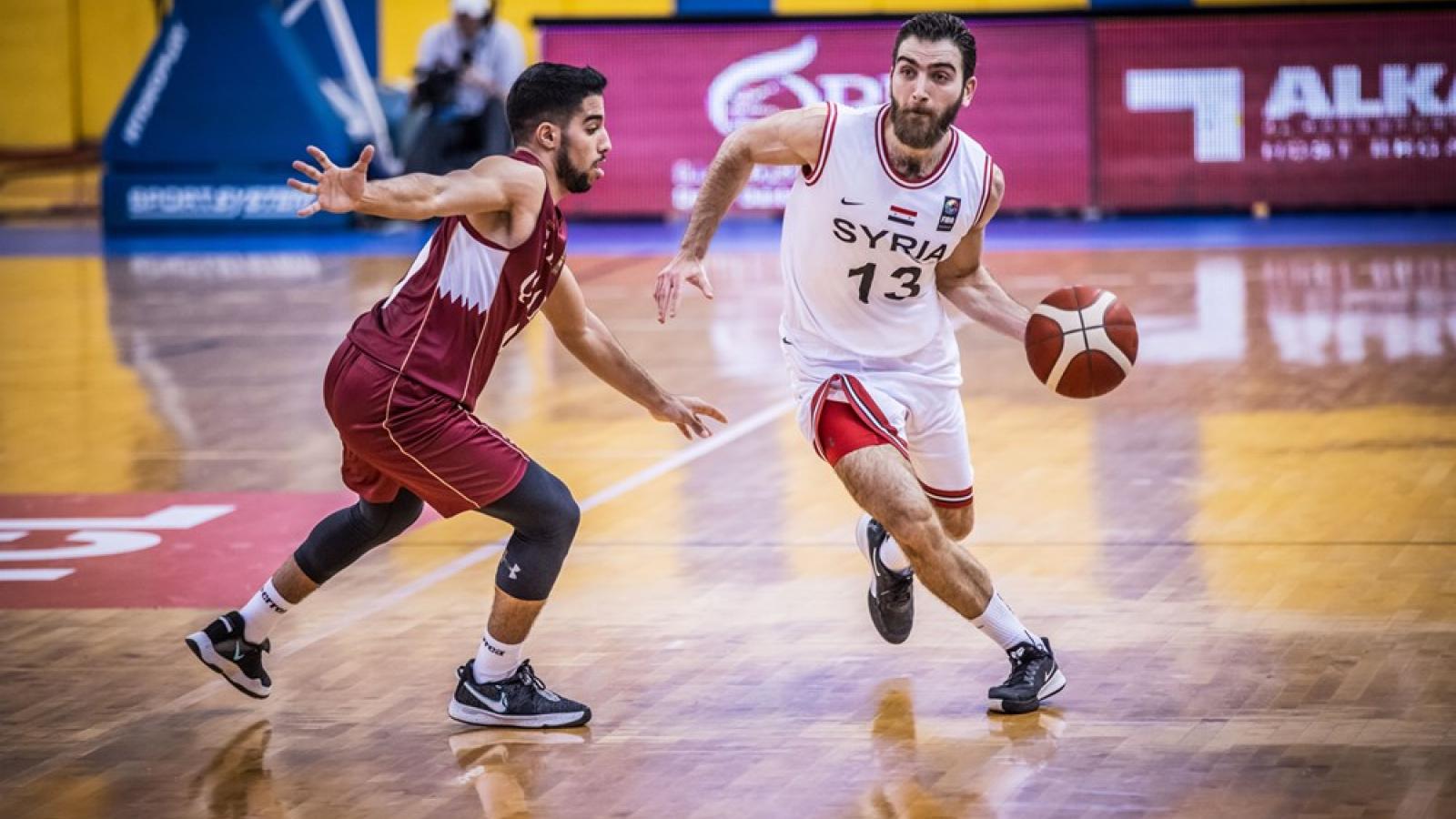 Qatar snatched victory from the jaws of defeat as the team rallied from behind to post a 79-72 win over Syria on the first day of Group E action in Window 2 of the FIBA Asia Cup 2021 Qualifiers held at the Indoor Hall of the Al Gharafa Sports Club on Saturday.

The highly enthralling Qatar-Syria encounter was close from start to finish, though Syria was able to build a lead up to as much as 10 points in the third quarter. 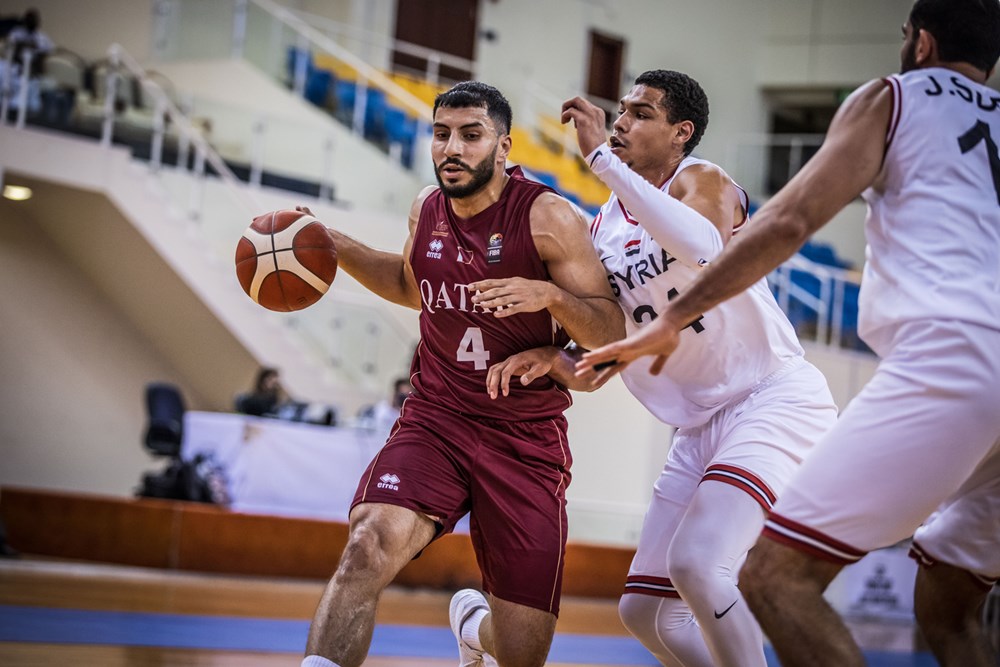 The Qasioun Eagles under new head coach Joe Salerno were pushing the pace to build their lead, relying on the offense of George Kell III, who was making his national team debut. Kell ended up with 35 points to go with six rebounds and six assists.

It was not enough to hold back a determined Qatar team that came charging back with a 27-14 fourth-quarter run. Qatar coach Miodrag Perisic sprung a full-court press that forced 19 turnovers out of Syria which were converted into 25 points for Qatar. A three-pointer in the corner by Erfan Ali Saeed with 11 seconds left in the game to give Qatar a 78-72 lead was the shot that sealed the deal.

24-year-old star guard Abdulrahman Saad returned to his usual form of 23 points, seven rebounds, and three assists after a subpar first window. He'll continue to be a player to watch from Qatar in the remaining games of the Qualifiers. 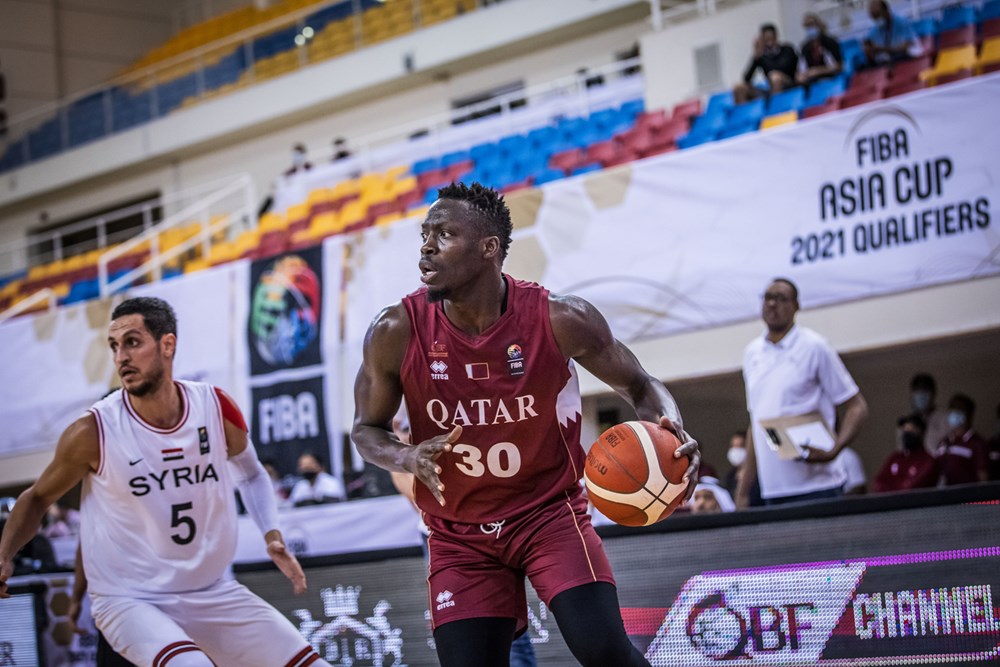 The victory was the first for Qatar in the ongoing qualifiers having suffered defeats in the hands of Saudi Arabia and Iran in Window 1 of the tournament. The win also ends the team's draught of victories that dates back to July 2, 2018, when Qatar beat Iraq at this same venue during the World Cup 2019 Asian Qualifiers.

It doesn’t get any easier for Syria as they will face Iran in the first game of Group E on November 30. That will be followed by a rematch between Qatar and Saudi Arabia with both teams high in confidence from their performances today.

In the other match of the day, Iran came in as the big-time favorites against Saudi Arabia, but the win didn't come as easy as expected. They jumped out to a good start and led 22-12 at the end of the first quarter on the stellar play of Behnam Yakhchali, but Saudi Arabia wouldn’t bow down to the three-time Asia Cup champions so easily.

Saudi Arabia pushed the pace and heightened the level of energy, allowing them to chip away at Iran’s lead little by little. Early in the 4th quarter, Saudi Arabia finally tied the game up for the first time since the first quarter on a three-pointer by Khalid Abdel Gabar.

That seemed to wake Iran up as they broke away with a 9-0 run sparked by Yakhchali and Mohammad Jamshid.

Yakhchali shined with a game-high 27 points, 11 of which were scored in the final quarter. He also displayed his playmaking skills with nine assists on only two turnovers. Jamshidi had 19 points as the other Iran player to reach double digits in this game.

Saudi Arabia coach Ali Alsanhani got a well-distributed contribution from his team with five players scoring at least 7 points, but it just wasn't enough in the end.

Iran remains top of the table with six points after three games played, while Qatar, Saudi Arabia, and Syria are all on four points after posting one win and two losses each.

By QL Videos·0·4 days 6 hours ago
Hilton Doha’s The Pearl Residences offer the perfect solution with its combination of luxury, comfort and elegance. 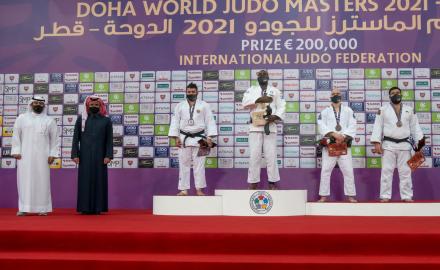