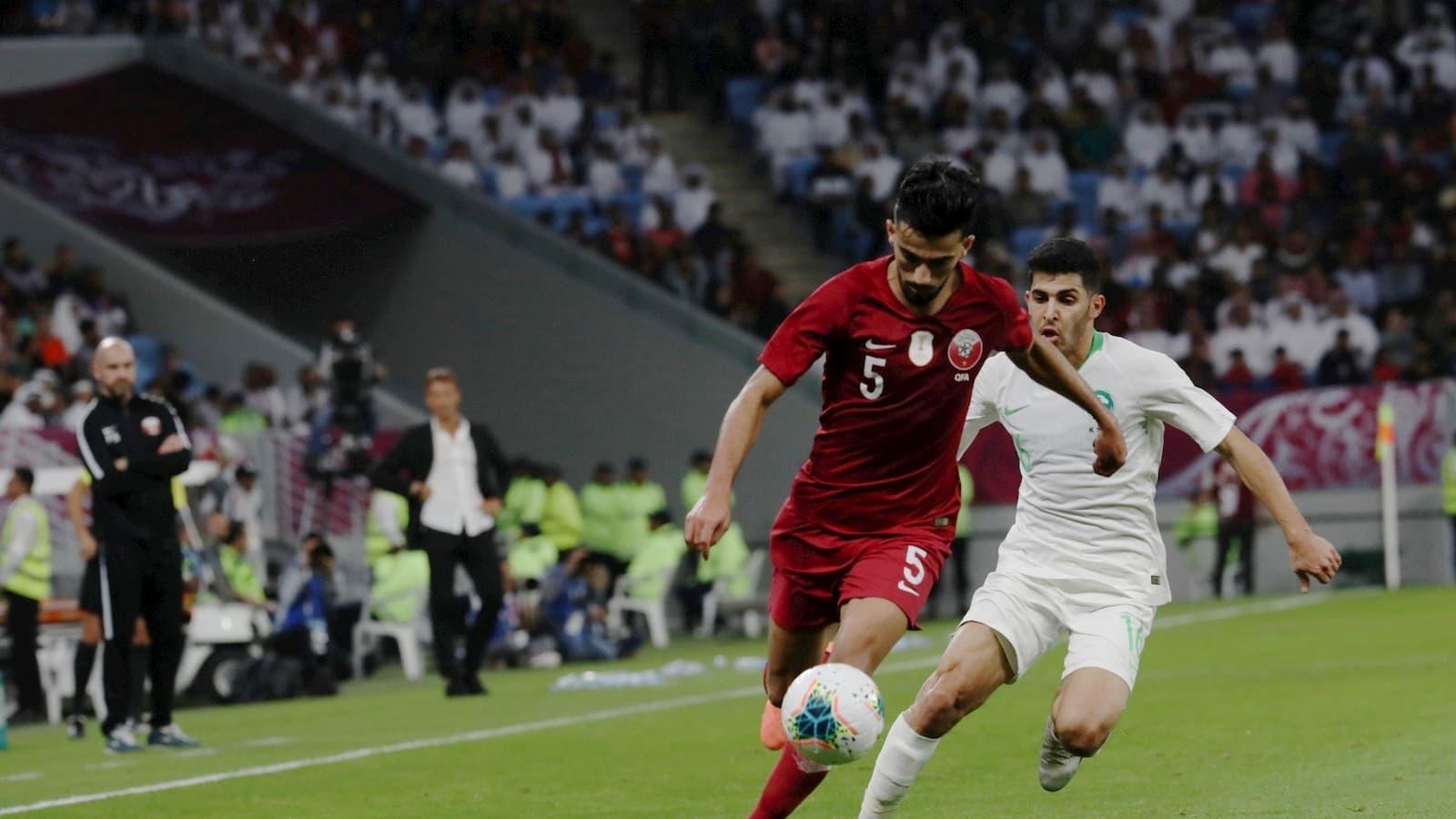 Tournament hosts Qatar ended its campaign at the 24th Arabian Gulf Cup on Thursday albeit not without a fight as they suffered a lone goal defeat in the hands of three-time champions Saudi Arabia in their semi-final encounter played at the recently-opened Al Janoub Stadium.

Abdullah Al Hamdan nodded home the only goal of the match to power the Green Falcons into the final where they will next face Bahrain, who had defeated the Lions of Mesopotamia of Iraq in the earlier match of the day via penalty shootout after the match had ended in a 2-2 draw in regulation time, on Sunday.

Qatar could have gone up as early as the 7th minute when a Salem Al Hajri’s precision pass found an unmarked Almoez Ali in the Saudi’s 18-yard box but the Al Duhail forward somehow fluffed the chance with only goalkeeper Fawaz Baalqasim to beat.

Just like in their opening match against Iraq, the Al Annabi stars were the superior team on the night as they dominated and pressed their opponent for the better part of the match with their 3-4-2-1 formation but the coach Felix Sanchez’s team proved not to be clinical enough in finishing the several opportunities that came their way.

Al Hamdan made Qatar rue their many mistakes in the 28th minute as he took advantage of a mistiming by goalkeeper Saad Al Sheeb to nod home the solitary and winning goal off a harmless cross from Sultan Al Ghanam. 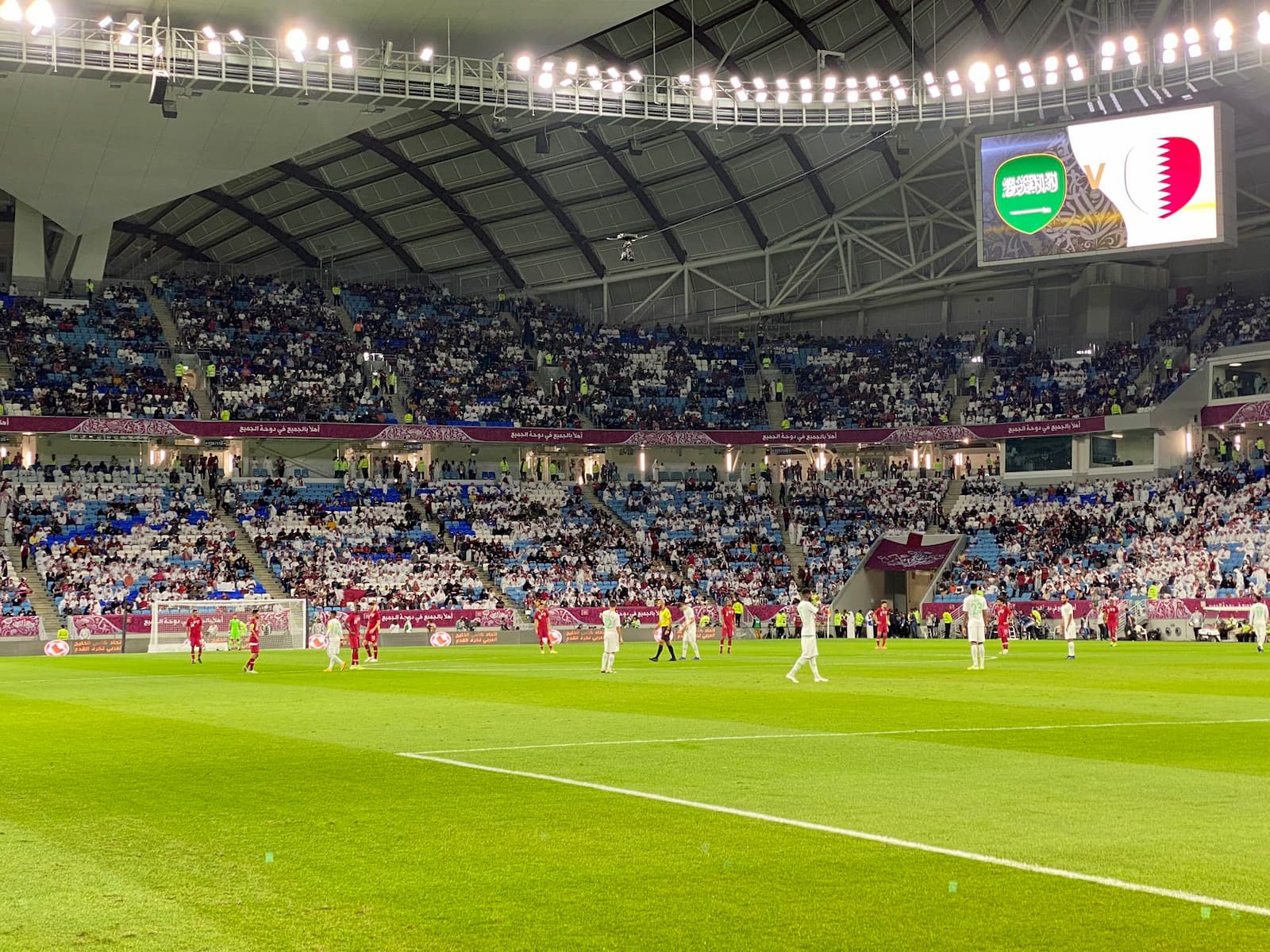 Abdelaziz Hatim wasted a golden chance to restore parity for the Asian Champions just before the half-time whistle only for him to miss a sitter, firing a lame shot straight into the hands of Baalqasim.

A corner kick taking by Hatim in the 62nd minute which rebounded off Baalqasim’s upright almost resulted in the much-anticipated equalizer but the subsequent goalmouth scramble was eventually curtailed by the Saudis much to the disappointment of the 40,250 fans in attendance at the match.

With the clock ticking down to the end of the highly entertaining encounter, the Saudis chose to sit back in their half with the hope of hitting the Al Annabis with a counter and their game-plan almost paid off in the 82nd minute when Mohammed Kanu had a chance to kill off the game but his shot hit the upright much to the relief of the teeming home fans.

Two minutes later, another chance came begging for the three-time champions Qatar but the newly crowned Asian Footballer of the Year, Akram Afif, saw his header gone over the bar.

Coach Sanchez made a flurry of changes in the last quarter of the match with Ismaeel Mohammed and Mohammed Muntari replacing Pedro Miguel and Salem Al Hajri respectively but their introduction offered little on a night that the Qatari team will love to forget.

"This match ended on a sad note for us. It is not that we didn’t play well but we are guilty of wasting chances. It is a bitter pill for us to swallow and the lessons have been learned. We hope to bounce back from this shocking defeat and do better with our performance in the future," Sanchez said after the match.

By Qatar Living·0·1 week 55 min ago
Qatar Living speaks to the Qatari entrepreneur, Saad Al-Sulaiti, to learn more about his personal experience in building three businesses in Qatar.