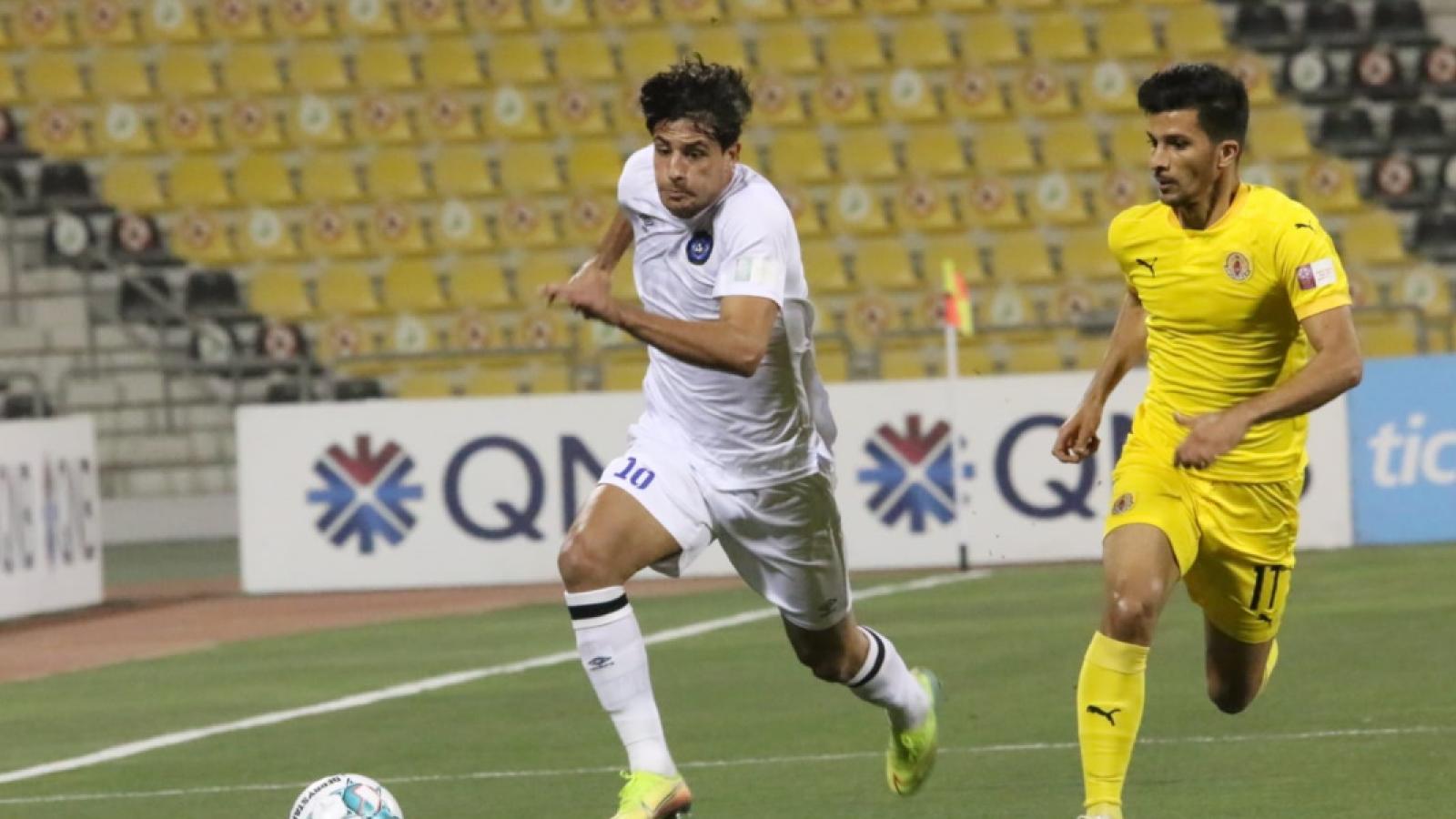 The 2020-21 season QNB Stars League’s Week 20 action, where as many as 18 goals were scored, witnessed exciting action. All six matches were played on Saturday, April 3.

New champions Al Sadd got back to winning ways with a 2-0 victory over Al Gharafa to be on 54 points. It was The Wolves’ 17th victory, while The Cheetahs remained on 30 points after crashing to their ninth defeat. In the process, they slipped one position to sixth in the table.

Al Duhail staged a comeback 3-2 win over Al Arabi to ensure they finish as this season’s runners-up. Al Rayyan stood third with 34 points despite losing 2-3 to Umm Salal, who remained 10th even though they moved on to 18 points. 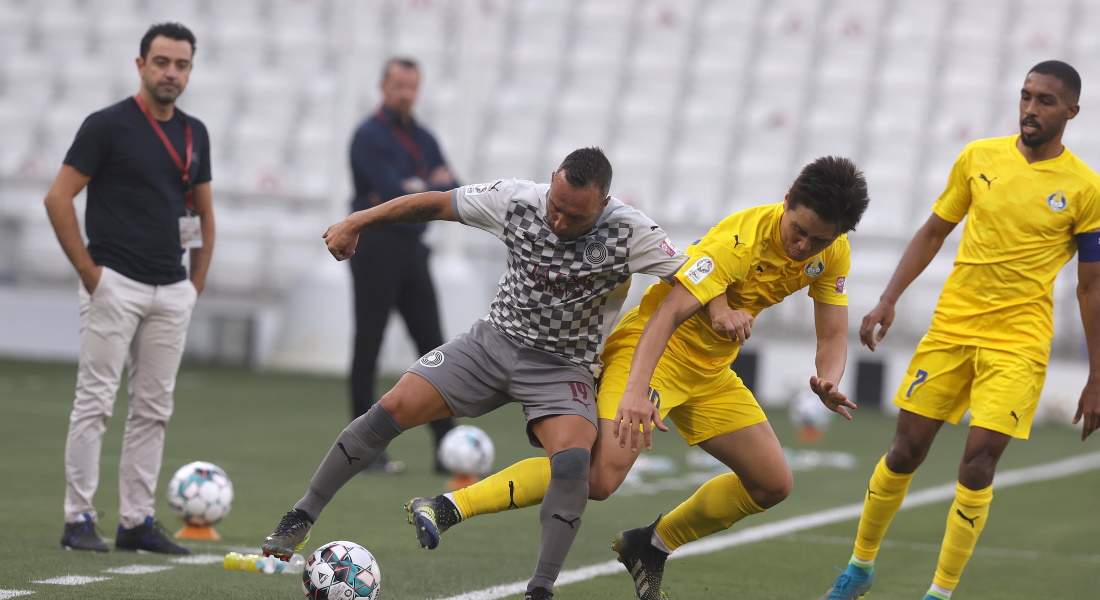 Al Sadd got back to winning ways by beating Al Gharafa 2-0 at the Al Sadd Stadium on Saturday.

Al Sadd, who were crowned as this season’s champions after the Week 18 action for a record-extending 15th time in their history by taking an unassailable lead over their rivals, moved on to 54 points with their 17th victory, the most by any team.

Al Gharafa had played their Week 21 match against Al Wakrah and lost by a 0-2 margin on 16th March.

The Al Gharafa vs Al Wakrah match was originally scheduled for 6th April along with other Week 21 games, but was rescheduled in view of Al Gharafa’s play-off with Uzbekistan’s FC AGMK in Doha on 7th April, 2021, for a berth in the 2021 AFC Champions League group stage.

The Cheetahs are having a bad patch, having lost 0-3 to Al Rayyan in the 2020-21 season Ooredoo Cup semifinal recently.

Al Sadd, who were held 1-1 by Al Wakrah in Week 19, thus remained as the only unbeaten side in the tournament.

Al Wakrah and Al Khor played out a goalless draw at the Al Ahli Stadium on Saturday.

Al Wakrah and Al Khor took their points tally to 23 and 15 respectively. It was Al Wakrah’s fifth draw and Al Khor’s sixth. Both teams had opportunities to score in either half, but failed to make a breakthrough. And possession was more or less equal. Al Wakrah’s Abdulghani Muneer skied the ball, while their spearhead Mohamed Benyettou, Khalid Muneer and Omar Ali too had opportunities to score in the first half.

For Al Khor, new recruit Pierre-Michele Lasogga and Giannis Fetfatzidid could not make use of the chances that came their way. In the second half, Al Wakrah’s Murad Naji made an attempt from distance, while Abdulghani Muneer’s free-kick was saved by Al Khor goalkeeper Baba Djibril, who first fumbled with his collection.

Al Khor’s Rafael Dos Santos tested the rival goal with a long-range shot before he hit the side-netting. And Lasogga had his header from close saved at the goalline by Al Wakrah captain Isias Sanchez.

And the stalemate continued.

Ahmed Hammoudan (18th minute) and captain Lawrence Quaye (45th minute) scored the goals for Umm Salal in the first half, with Kayke Rodrigues (72nd) adding another in the second session.

Umm Salal moved on to 18 points with the victory while Al Rayyan stayed on 34 points. 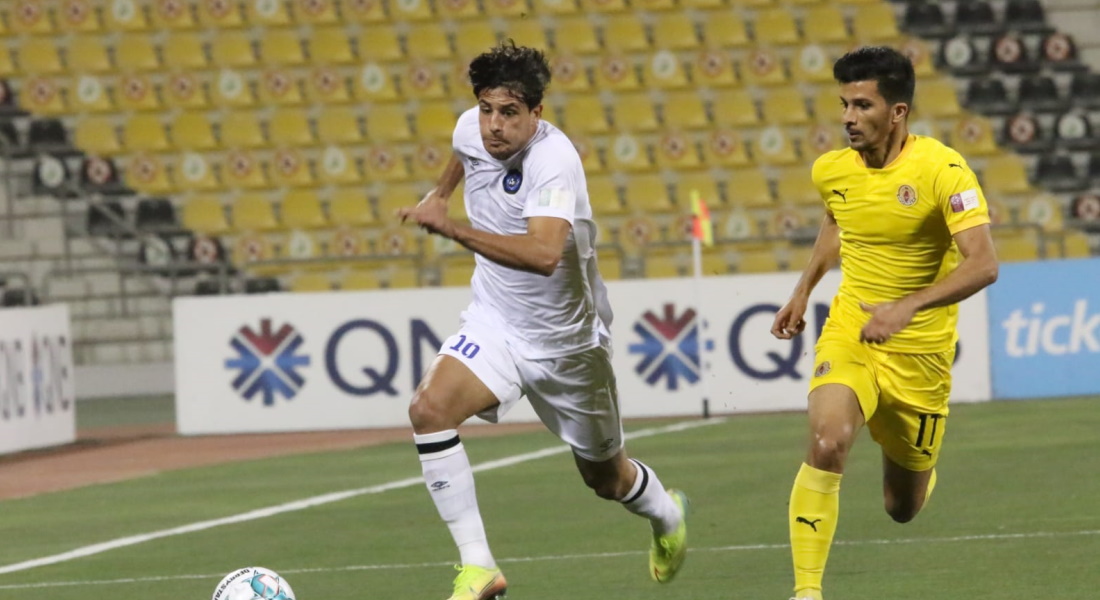 The start of the match saw exchange of attacks from both sides.

The Peregrines were dominating the proceedings with 60 per cent of ball possession in the first 20 minutes.

The Kings surged ahead through a penalty kick after Anthony Okpotu, racing inside the box with only goalkeeper to beat, was fouled by goalkeeper Claude Amine. Ceballos, with a beautiful chip in the centre, put Qatar SC in the lead as the keeper dived to his right.

Al Sailiya went into the half-time with a deficit despite dominating the first session with 62 per cent ball possession. However, they came back strongly in the second half, scoring two goals to clinch victory.

Al Ahli fought back to beat Al Kharaitiyat 2-1 by a last-gasp goal at the Al Ahli Stadium on Saturday.

Al Kharaitiyat surged ahead in the 10th minute through Rachid Tiberkanine’s penalty conversion, but Al Ahli fought back to script a famous victory through Ibrahim Majed’s goals in the 34th and 90th minutes.

Referee Mohammed Al Shammari awarded the penalty when Al Ahli defender Mohammed Diame pulled down Tiberkanine, who was chasing a high ball inside the box.

Barring the goals, Al Kharaitiyat’s Evans Mensah and Mohammed Osman too made serious attempts at the goal in the first half, while Al Ahli’s Hernan Perez and Nabil El Zhar took aim at the rival goal during the session.

Teams continued their bid to gain an upper hand in the second session, but in vain.

Tiberkanine missed the target by a whisker in the 79th minute. That was after Al Ahli captain Omid Ebrahimi missed a scoring chance.

Just when the game headed for a draw came the winner by Al Ahli. Ibrahim Majed turned out to be the hero of the night with his second goal as he placed home Hernan Perez’s long lob in the last minute of regular play, breaking the hearts of Al Kharaitiyat, who are precariously placed at the bottom of the table with only nine points.

Edmilson was shown the red card in 90+1 minutes for a foul on Al Arabi’s substitute player Ibrahim Kalla, followed by a yellow card to Al Duhail coach Sabri Lamouchi.

Al Duhail consolidated their second place with 43 points from 14 wins and a draw. Al Arabi stayed on 26 points.

The Red Knights started the match strongly, storming into Al Arabi’s area in the first minute. They were in control of the match hardly giving the ball away to The Dream Team.

Al Arabi were lucky to avoid an early goal as Edmilson’s right-footed strike from near the penalty spot in the 13th minute hit the crossbar. Another Edmilson attempt from almost the same area went wide as Al Duhail were pushing hard for the opening goal.

The Red Knights, however, levelled the score from a superb rising header from Musa off a corner kick six minutes later.

But Al Arabi regrouped well and regained the lead, with Msakni deflecting the ball beautifully from a free-kick taken by Aron Gunnarsson.

Al Duhail made a comeback again, with Olunga winning a penalty after he was fouled by Ayoub Azzi inside the box. The Kenyan striker made no mistake, firing a clean left-footed kick on Al Arabi goalkeeper Mahmoud Abunada's right corner as teams went into the break with scores levelled at 2-2.

The game resumed in a similar fashion and Al Duhail’s penalty was overturned after referee consulted VAR for his decision to penalise Al Arabi captain Abdulla Al Marafi for a handball, who was trying to block an attempt from Sultan Al Breik inside the box in the 50th minute.

Edmilson, however, struck winner for Al Duhail with smart football. The Belgian stopped a hit from Azzi, who was trying to clear the ball and raced into the area firing the ball in the middle of Abunada’s legs from a difficult angle.

Al Arabi, trailing for the first time in the match, made several attacks for an equaliser.

Abdullah Al Ahrak missed an opportunity to double the advantage for Al Duhail, but he failed to beat the keeper. 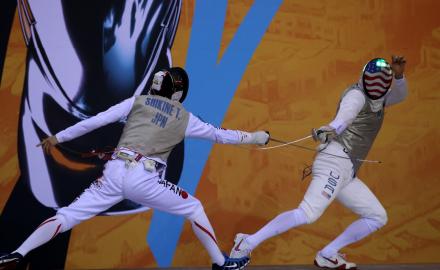