The Qatar Olympic Committee (QOC) has announced the calendar of sporting events in Qatar for the year 2021.​

Doha is also honored to host the convention of the International School Sports Federation (ISF) on the first of April, the FINA General Assembly on the fifth of June, and the CAF Super Cup to be played in Doha in February 2021. 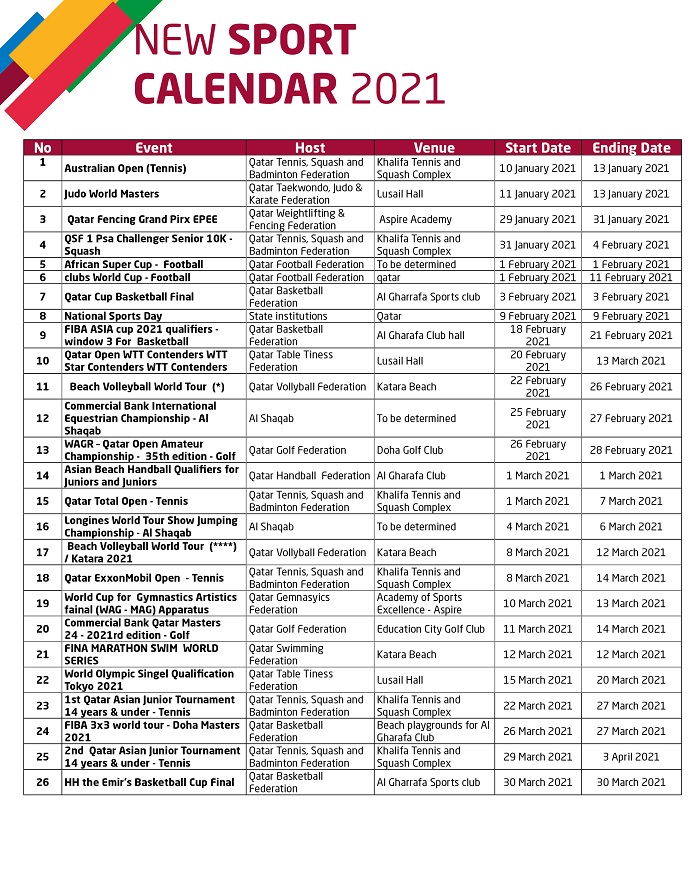 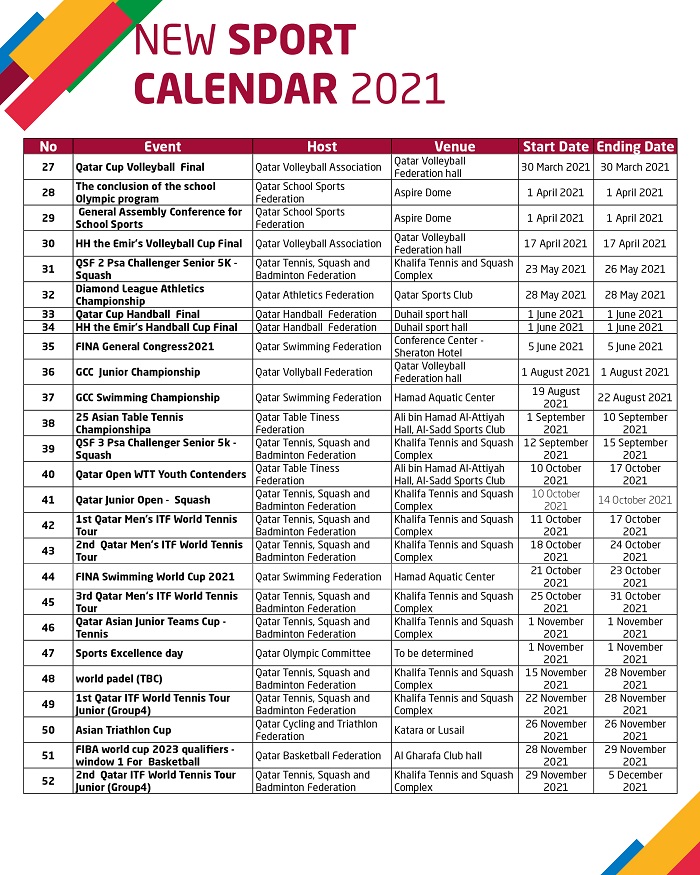 Qatar will also host a number of GCC events including; GCC Junior Volleyball Tournament in August 2021 and the GCC Swimming Tournament from August 19-21. 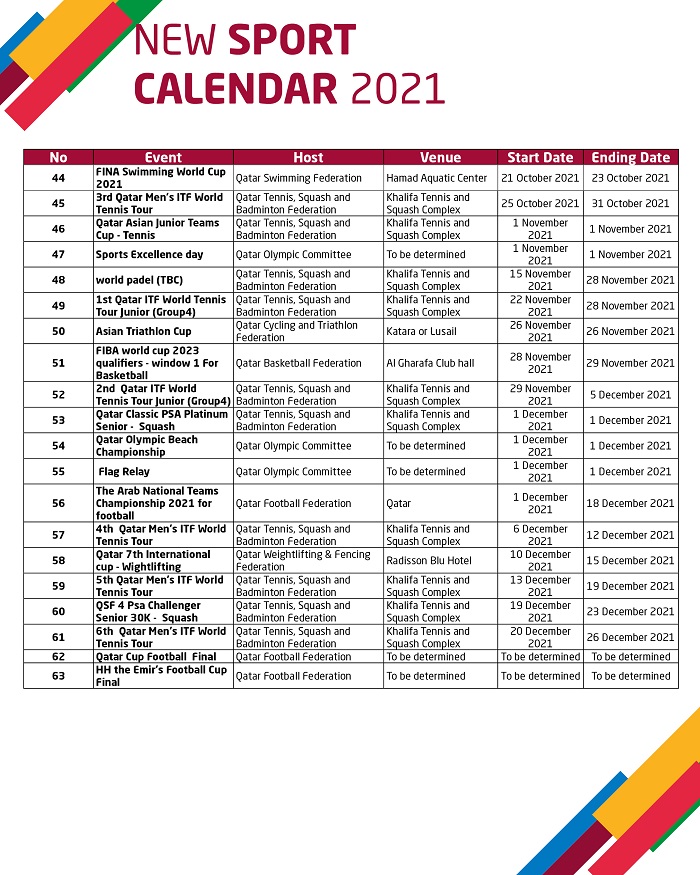 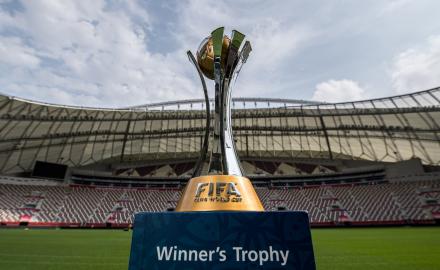