Radio ONE FM- 89.6 is hosting Indoor Cricket League during the Holy Month of Ramadan

As a part of Qatar- India Year of Culture 2019, Radio ONE FM- 89.6 is hosting Indoor Cricket League during the Holy Month of Ramadan.

The event is organized under the patronage of Ministry of Culture & Sports, Qatar Museums and Qatar Foundation.

The event will not only serve the sports lovers but will also take care of Ramadan treat! It will include food courts and cricket games for kids making it an evening for families.

The tournament was kicked off with a grand opening ceremony on May 10, where there was a lineup of respected dignities such as the Ambassador of India, QMA CEO, QF Officials, Senior Official from the Ministry of Sports and Culture and Community leader.

The tournament was officially inaugurated by the Indian Ambassador, His Excellency P. Kumaran with a one on one batting and the Team introduction was done by QMA CEO, where they introduced 12 teams which are Ministry of Culture and Sports, Qatar Museum, Qatar Foundation, Qatar Financial Centre, Doha Bank, Woqod, Mowasalat, ONE FM, Waseef, Indian Embassy, Team Lusail, Amiri Guards; who will be playing against each other in this 15 day long tournament for the championship trophy which was also revealed during the ceremony along with the jersey presentations.

The opening ceremony also witnessed great activities planned by the organizers for the entertainment of the spectators.

The event will consist of 12 teams which will be divided in 4 pools. The teams in each pool will play on a straight league basis. The top 2 teams from each pool will qualify to play in the Quarter Finals. This is a 7 side indoor tournament played with a taped soft tennis balls. All the matches until the finals will be of 6 overs a side.

This sports saga would not just quench the thirst of cricket freaks but also their families as the league also accommodates fun game sessions for little fans along with food courts and many other activities.

By QLNews·0·3 weeks 19 hours ago
Qatar's Ministry of Interior (MOI) has reminded citizens and residents in Qatar to abide by the Cabinet's decision, regarding wearing facemasks upon leaving the house, for any reason, except when alone in a vehicle while driving. The decision has been effective from Sunday, May 17, 2020, until further notice.

By Qatar Living·0·2 weeks 21 hours ago
Although there will be no community events and gatherings this year, those celebrating can make the most of the unique time with their loved ones at home. 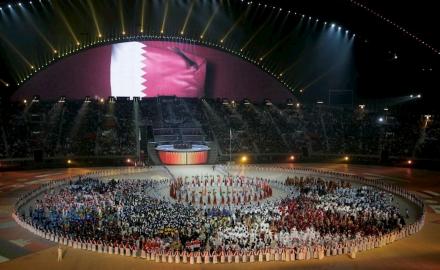