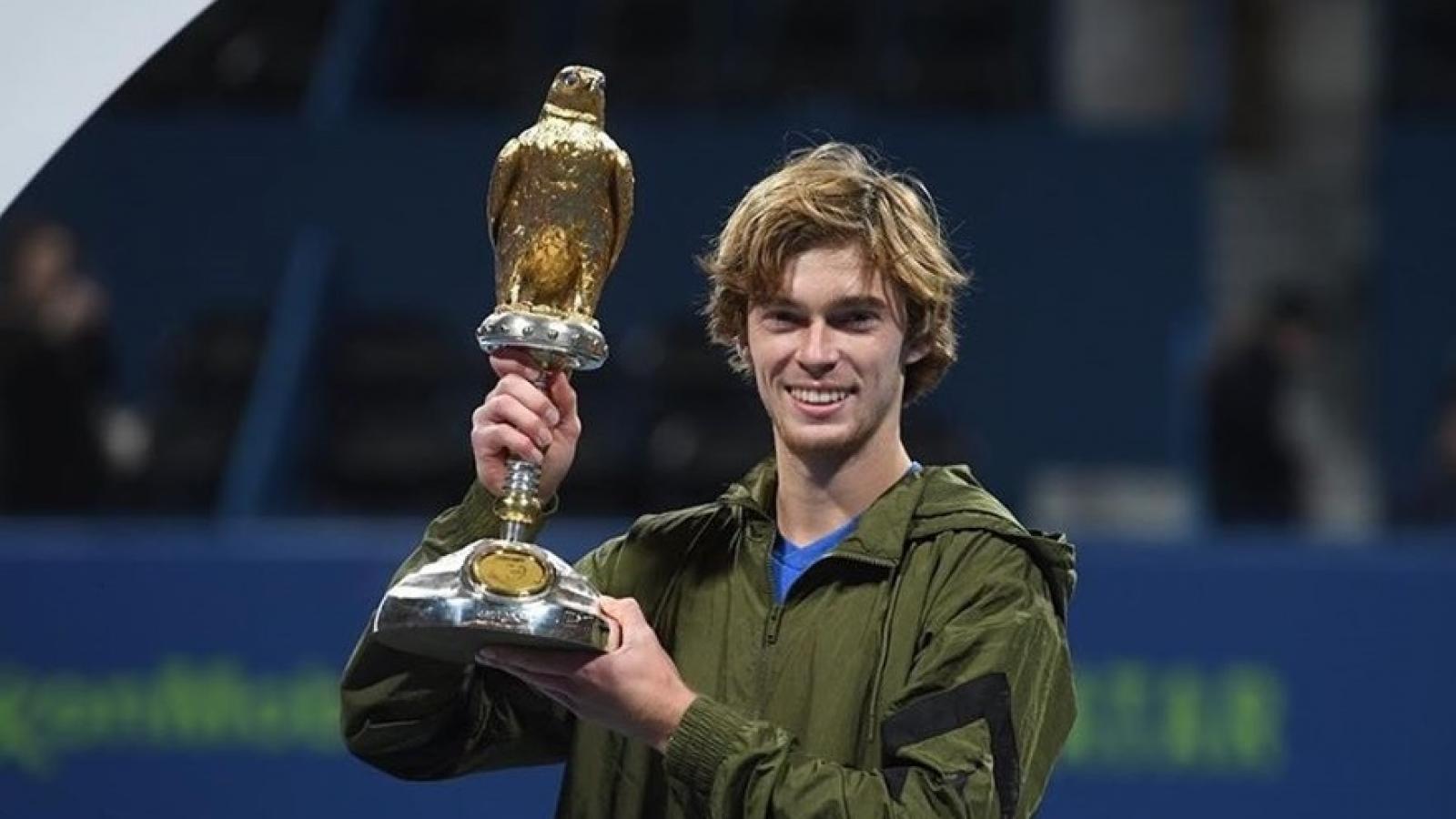 It was the first title in Doha, after three attempts, for the 22-year-old Rublev who defeated his French opponent 6-2 7-6 (7-3) to lift the golden falcon trophy and the $227,930 winner’s prize money, and the Russian is assured of cracking the ATP Tour's top 20 for the first time when the new rankings are released tomorrow with the 250 points garnered from his victory. 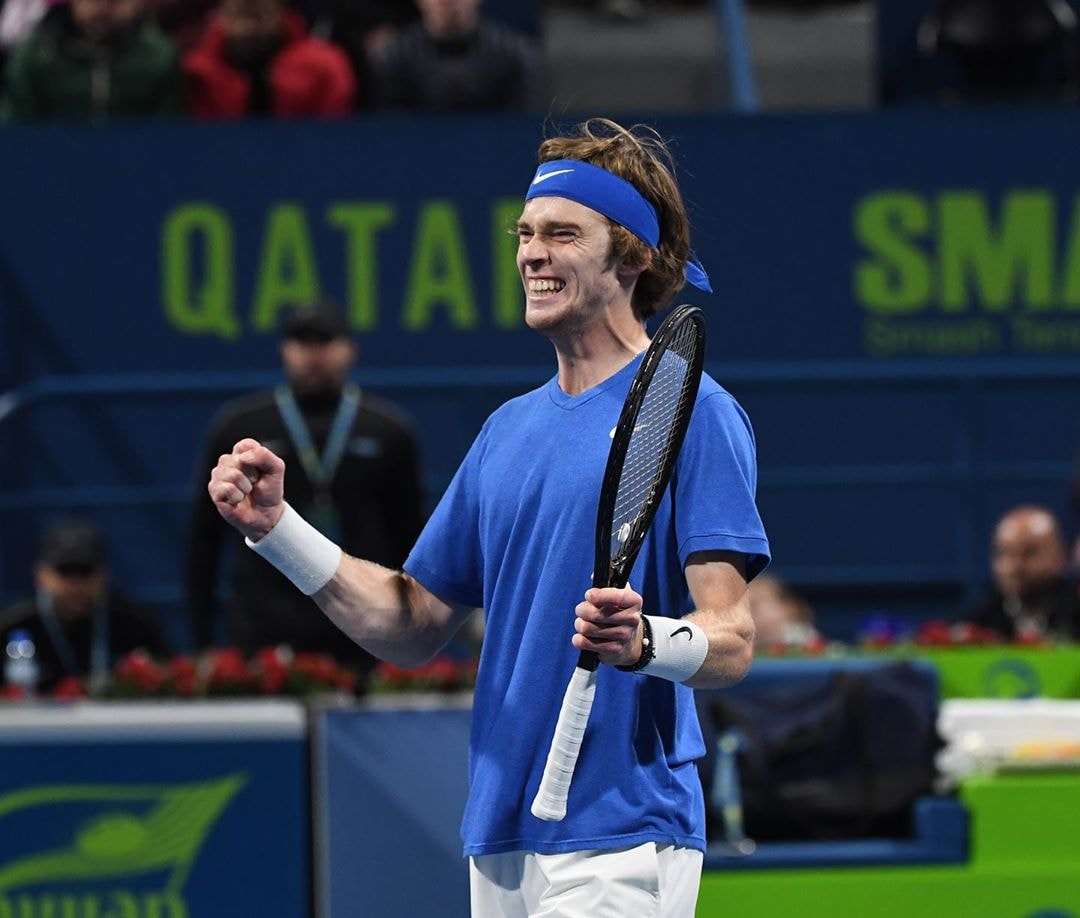 The world No. 81 Moutet, a qualifier, was one of the major revelations of this tournament as he assumed the role of a giant slayer accounting for the exit of better-ranked players. The Frenchman wasted no time in dispatching fourth-seed Milos Raonic in the second round before overcoming Doha-resident Fernando Verdasco in a quarter-final game that lasted the whole of 2 hours and 12 minutes.

He subsequently defeated top-seed Stan Wawrinka in three sets to reach his first final at this level.

However, getting the better of Rublev - the runner-up in 2018 - proved too much of a challenge, with the promising 22-year-old kicking off his season by claiming a third ATP Tour title of his career.

Rublev did not drop a single set throughout the tournament and after taking a 6-1 lead in the second-set tie-break against Moutet he did not look like missing out on the trophy.

Rublev, who now has a 3-2 win record in five finals, was thrilled with his performance in Doha throughout the week.

“I have no words to describe my feelings. I am always really happy to play here. I enjoy playing in Doha. I enjoy my time here. And for me to finally win a title here is truly amazing,” Rublev said. “I hope I can have the same level in the coming weeks. Let’s see what happens,” the tall right-hander added.

“There is still much work to be done. I have worked hard to get here. I think there’s plenty of work to do. I think I have room to improve,” Rublev said about his impending top-20 breakthrough.

“I am always happy to be here. It is an amazing week for me,” Rublev said.

Meanwhile, Wesley Koolhof of the Netherlands and India's Rohan Bopanna clinched the men's doubles final title after staging a come-from-behind win over the unseeded duo of Luke Bambridge and Santiago Gonzalez in Doha on Friday.

Third seeds Koolhof and Bopanna defeated the British-Mexican pair 3-6, 6-2, 10-6 in the summit clash to win the first doubles title of the season and picked up 250 ATP points along with the $76,870 prize money.