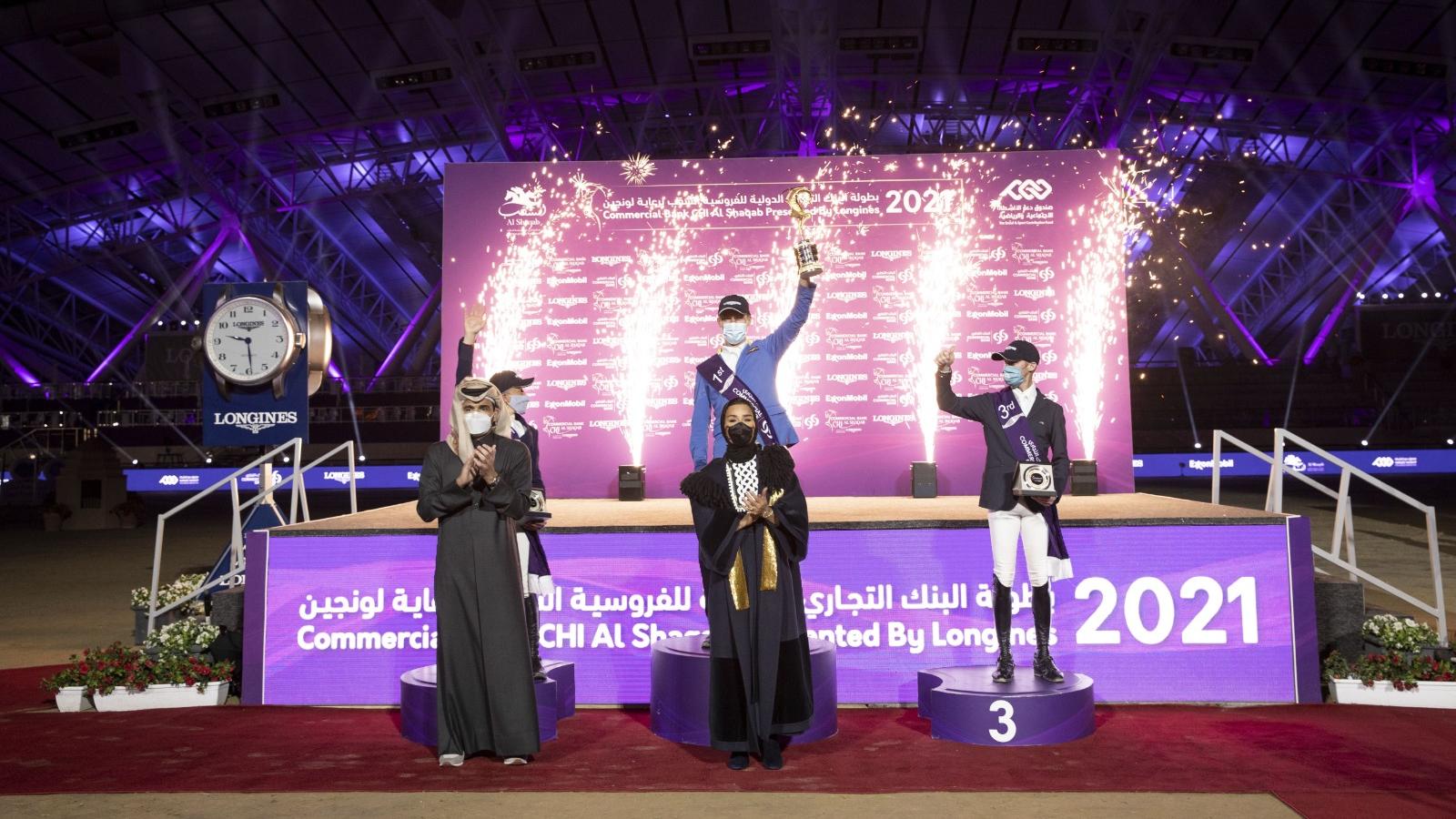 The eighth edition of the Commercial Bank CHI Al Shaqab presented by Longines and organized by Al Shaqab, a Qatar Foundation member, came to a successful conclusion at the Longines Arena in Al Shaqab yesterday.

Her Highness Sheikha Moza also honored the sponsoring companies at the event.

Ahlmann and Dominator beat French rider Olivier Robert and his 12-year-old Gelding Vivaldi des Meneaux by just 0.100 seconds. The German rider was the first to go in the jump-off, and he produced a spirited performance, drawing gasps from the crowd, as he delivered the winning round in 36.17 seconds.

Aside from the trophy Ahlmann walked away with the €135, 300 champion’s prize-money while Robert earned €82,000 for his second-placed finish. The third-place finisher Bruynseels claimed €43,050.

"Dominator is a fantastic breeding stallion and very intelligent. I was the first to go, and it wasn't the best position to be in. But I tried as hard as I could. I'd good turns, and everything worked as I wanted it to. With opponents like this, you can never be sure, but in the end, it was so close, but it worked out well, and I was the winner because I think my horse had a bigger nose," Ahlmann said after the victory.

"I'm delighted with my second-place finish today. When I walked into the second round, I felt as if we had so many fantastic horses. I think this is going to be a fantastic year of competitions," Robert said.

Khalifa bin Mohammed Al Attiyah, Executive Director of Al Shaqab, thanked the organizers of the tournament, which witnessed intense competition among the participants.

He said that the championship's final day was distinguished in everything, whether in terms of attendance, turnout, organization or the strength of competitions that included dressage and jumping. He added that this reflects the great success of Al Shaqab in achieving such high standards that make its international championship a distinctive mark in the field of global equestrian.

Julien Epaillard, who had won the championship's opening event on Thursday, triumphed for the second time in three days. The Frenchman topped the CSI5*1.45 class with Safari d'Auge in 67.99 seconds.

Jessica Von Bredow-Werndl clinched the dressage Grand Prix Freestyle title. The German had won the Grand Prix - CDI5* with the 17-year-old KWPN horse Zaire-E on Friday, and they put on another spectacular show.

Bredow-Werndl and Zaire-E were unbeatable as all jury members placed the combination at the top with a total score of 84.780 percent. The Germans swept the podium after Helen Langehanenberg (Damsey FRH) took second place with 82.050 percent score, while Dorothee Schneider (Faustus 94) was third with a total score of 81.865 percent.

Ali Al Rumaihi, the tournament's sporting director, praised the distinguished levels witnessed by the tournament from the beginning to the end.

The championship witnessed the participation of the world's best riders from 23 countries, which confirms the global reputation that the championship has reached in all organizational aspects, Al Rumaihi added.

Al Mannai thanked HE President of the Olympic Committee Sheikh Joaan bin Hamad Al-Thani for his continuous support for the championship, ensuring its success.

He also thanked the 400 volunteers in the championship, most of whom were Qataris and affiliated with the Qatar Foundation.