South Africa has been awarded the hosting rights for the 2023 World Table Tennis Championships after beating the rival bid from Germany at the International Table Tennis Federation's (ITTF) Annual General Meeting, held recently in Doha in the presence of Secretary-General of Qatar Olympic Committee (QOC) Jassim Rashid Al Buainain.

For the first time ever, the ITTF AGM was held virtually to enable the safest possible solution amidst the COVID-19 pandemic.

It's a historic first time that the ITTF's most prestigious event is being held in South Africa and the first time on the African continent since Cairo, Egypt, in 1939.

Düsseldorf had been bidding to stage the event again following the resounding success of the 2017 edition.

Khalil Al Mohannadi said, “Congratulations to both South Africa and Germany on presenting very strong bids to host the 2023 ITTF World Table Tennis Championships Finals. We are continuing to see benefits from the forthcoming changes to the format of the World Championships Finals, which will be introduced from next year onwards, leading to more countries bidding from different regions of the world."

"This also reflects the ever-increasing international appeal of table tennis, which is extremely pleasing to see as we continue to work hard to make the sport more global in the future," he added.

ITTF President Thomas Weikert was unable to travel to Doha, having come into close contact with a COVID-19 positive patient last week and therefore needed to quarantine until receiving the all-clear.

There was a special report on the impact of COVID-19 on global table tennis, as the sport prepares for a return to action via the #RESTART series in November 2020, among other key decisions.

The ITTF also voted in favor of holding one Extraordinary General Meeting (EGM) in conjunction with the World Team Table Tennis Championships in Busan, Korea Republic, which has been rescheduled to take place between February 22 and March 1, 2021, following its postponement this year due to the COVID-19 pandemic.

The plans for the AGM are to be held toward the end of 2021, to serve as an opportunity to review what is set up to be an intense year for the sport with the introduction of World Table Tennis events and also the proposed Tokyo Olympic and Paralympic Games during the summer. 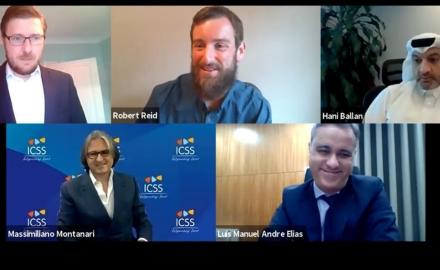