Reigning World Champion Nutcharat Wongharuthai of Thailand emerged champion after defeating Germany's Diana Stateczny 5-3 in the final of the inaugural edition of the World Women Snooker 6-Red Cup held at the indoor hall of the Qatar Billiards and Snooker Federation in Doha yesterday.

With the victory, Wongharuthai pocketed the $8,000 winner's prize money, alongside the trophy, while Stateczny was $4,000 richer for her effort.

It was a dramatic end to a match that lasted more than three hours as the 20-year-old Thai staged a determined comeback, after going down 1-3 in the best-of-nine frames final, to snatch victory from the jaws of defeat.

The match was almost a replica of the semi-final where Wongharuthai, the only woman known to have made a maximum break of 147 in history, was trailing Belgium's Wendy Jans by two frames after four frames played only to turn it around in the fifth.

Wongharuthai won the next four frames to score the huge victory and thereby entered her name in the history books as the first winner of the tournament.

The excited Wongharuthai said she never lost hope in the last two matches despite the pressure and her determination kept her on even in the face of apparent defeat.

"Winning here today brings me much joy. The final match was similar to the semis but I'm happy that I was able to maintain composure under pressure and turn both matches around. I played against a very good opponent and I wish her luck in the future. The tournament has been great and I would like to thank the organizers for putting together such a fantastic event," Wongharuthai said.

Despite the disappointment of losing the final, Stateczny said she was satisfied with her overall performance and particularly reaching the final of a tournament of such magnitude.

"I'm delighted to reach the final of this tournament which featured some of the world's best players. I think I lost against a better player today and I congratulate her for her fighting spirit. The tournament has been great and the quality was of the highest. I hope to win next time," Stateczny said.

A total of 11 players from nine countries including Thailand, Latvia, India, Poland, Russia, Morocco, Belgium, Germany, and South Africa participated in the tournament held from February 28 to March 1.

"We are happy that despite the challenges the world is facing in terms of the coronavirus, we were still able to attract some of the best players to this tournament. The numbers could have been higher than this if not for the issue. This has been a great tournament and every aspect of it has been exciting. I want to congratulate everyone involved for doing a good job," Al Khayarin said. 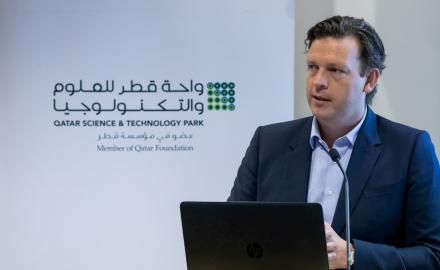