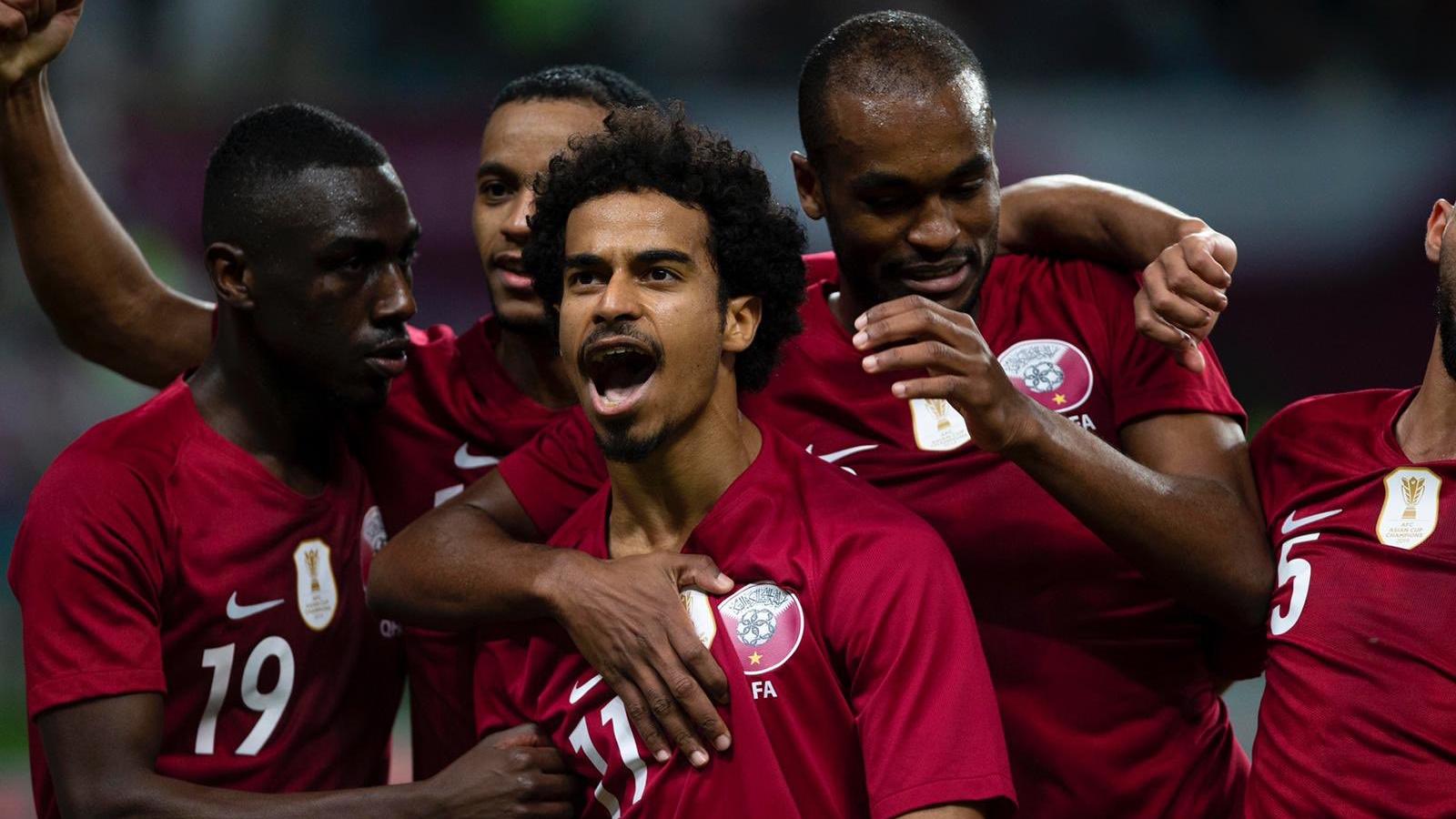 A few hours after being crowned the 2019 Asian Footballer of the Year, Qatar’s Akram Afif produced a virtuoso performance worthy of the match’s man of the match award as Qatar walloped the UAE 4-2 yesterday to book a place in the semi-finals of the 24th Arabian Gulf Cup.

Qatar, the runners-up in Group A after Iraq who topped with seven points, will next face Saudi Arabia in the semis. The Saudis had scripted a surprising 3-1 victory against defending champions Oman in the other match of the day to finish as Group B leaders with six points.

The match, played before a capacity crowd of 43,780 inside the newly-refurbished Khalifa International Stadium, saw the 23-year-old Al Sadd forward bagging a first-half brace while captain Hasan Al Haydos and Al Sadd forward Boualem Khoukhi added the icing to the cake with their second half goals to fire the Asian champions into the last-four of the tournament.

Despite Ali Mabkhout’s brace, the Emiratis could only watch helplessly as the Qataris celebrate a very important victory on their way to hopefully becoming the first country to win the tournament as hosts three times.

Monday would surely go down in the annals of Qatar’s football history, and it will be remembered for a long time as the day “football chose to smile” on Qatar and Afif, in particular.

To begin with, for the first time in their history, Qatar’s players emerged the best in the continent for two successive years, with Afif’s award coming on the heels of Al Sadd defender Abdelkarim Hassan’s own in 2018. Additionally, the three-time champions of the region’s biggest football tournament also netted four goals against the Emiratis for a second successive time in a calendar year.

“Today’s victory is a testimonial to my players’ resilience and I’m happy with the victory as they showed strong character to come back into this tournament after the initial setback from the game against Iraq. We scored two great goals in the first half which boosted our morale and kept us in control,” said Sanchez after the match.

Lauding Afif’s wonderful achievement, the Barcelona-born coach said, “Afif has always been a player destined for greatness. He has always shown great passion and character on the field and I am not surprised about the award. He, like other players, are very important to the team and I congratulate him and his teammates on this great achievement.” 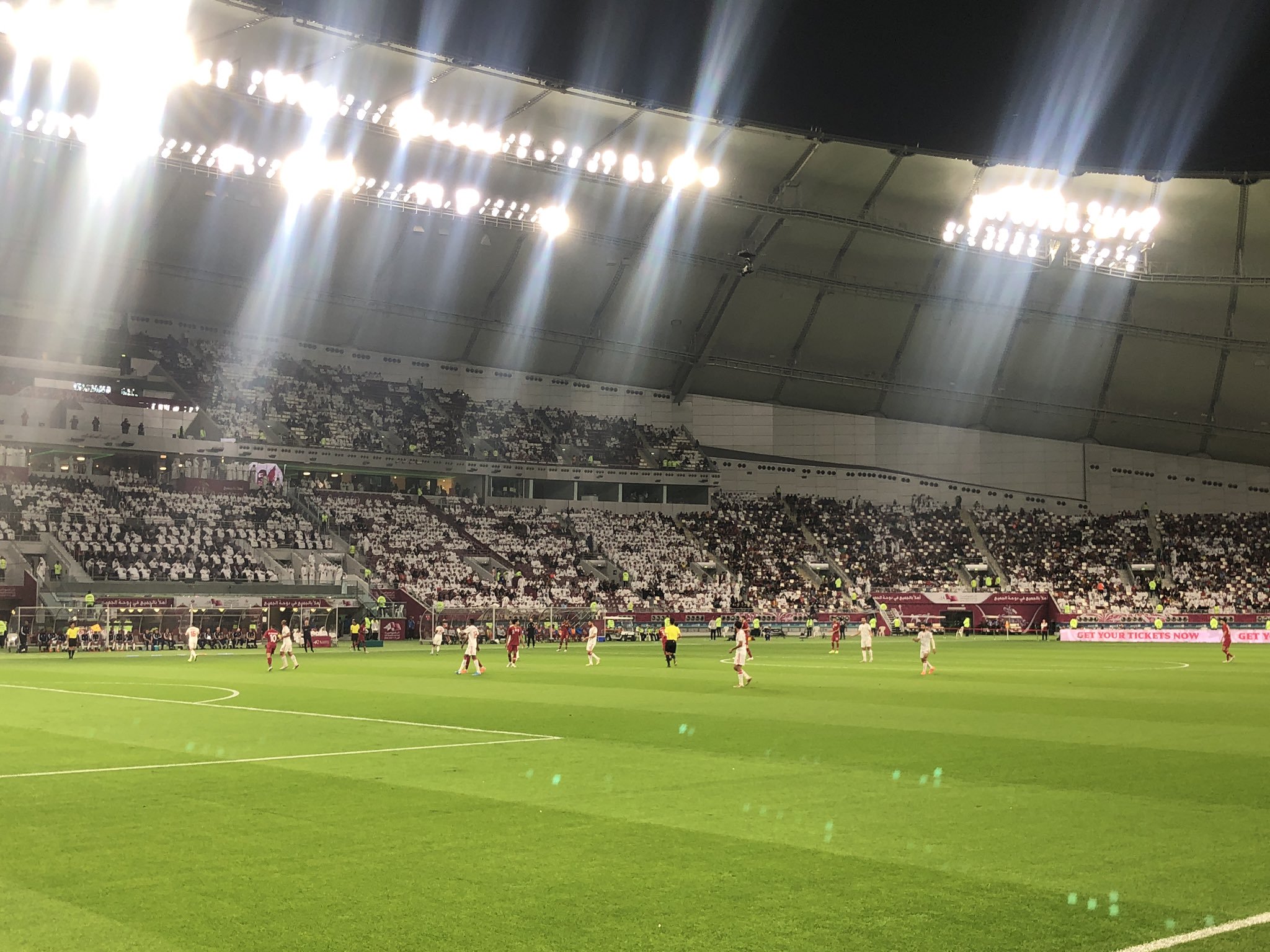 The game against the UAE brought the best out of the coach Felix Sanchez men and the Al Annabi stars, who started the game on a high tempo came close to scoring as early as the 17th minute only for Almoez Ali to fluff the chance with only goalkeeper Mohammed Hasan to beat.

Qatar were not to be denied for too long as Afif rose to the occasion three minutes later off a defensive error by UAE’s Mohammed Marzooq. The 30-year-old Shabab Al-Ahli defender saw his ball clearance blocked by Ali who found a clearly unmarked Afif. With only the onrushing Hasan to beat, the Al Sadd forward, who is on loan from Spanish club Villarreal, tucked the ball into the net with a cool finish to send the teeming fans into rapturous celebration.

Afif, a 2015 Aspire Academy graduate, made it two for the hosts in the 28th minute with a well-taken spot-kick after UAE’s Abdalla Ramadan had handled the ball while laying sprawled on the floor during a 25-yard scramble.

The penalty call elicited protests from the Emiratis and referee Sato Ryuji had to consult the VAR before finally confirming the award. Man of the moment Afif consequently wasted no time in blasting past the hapless Hasan who could do nothing as the ball went past him into the net.

With an imminent defeat staring them in the face, the coach Bert Van Marwijk men came out fighting like a wounded lion and their efforts paid off in the 31st minute as they were awarded a penalty of their own after Qatar’s goalkeeper Saad Abdulla Al Sheeb brought down Bandar Mohammed with his sight on goal. Sheeb was given a yellow card for the reckless challenge and the subsequent penalty was cleverly converted by Ali Mabkhout.

Hassan, the hat-trick hero against the Yemenis, saw his effort ricocheted against the crossbar for what could have been Qatar’s third in the dying minute of the first half but the long-awaited goal eventually came through Al Haydos who finished what he started from the center of the field. 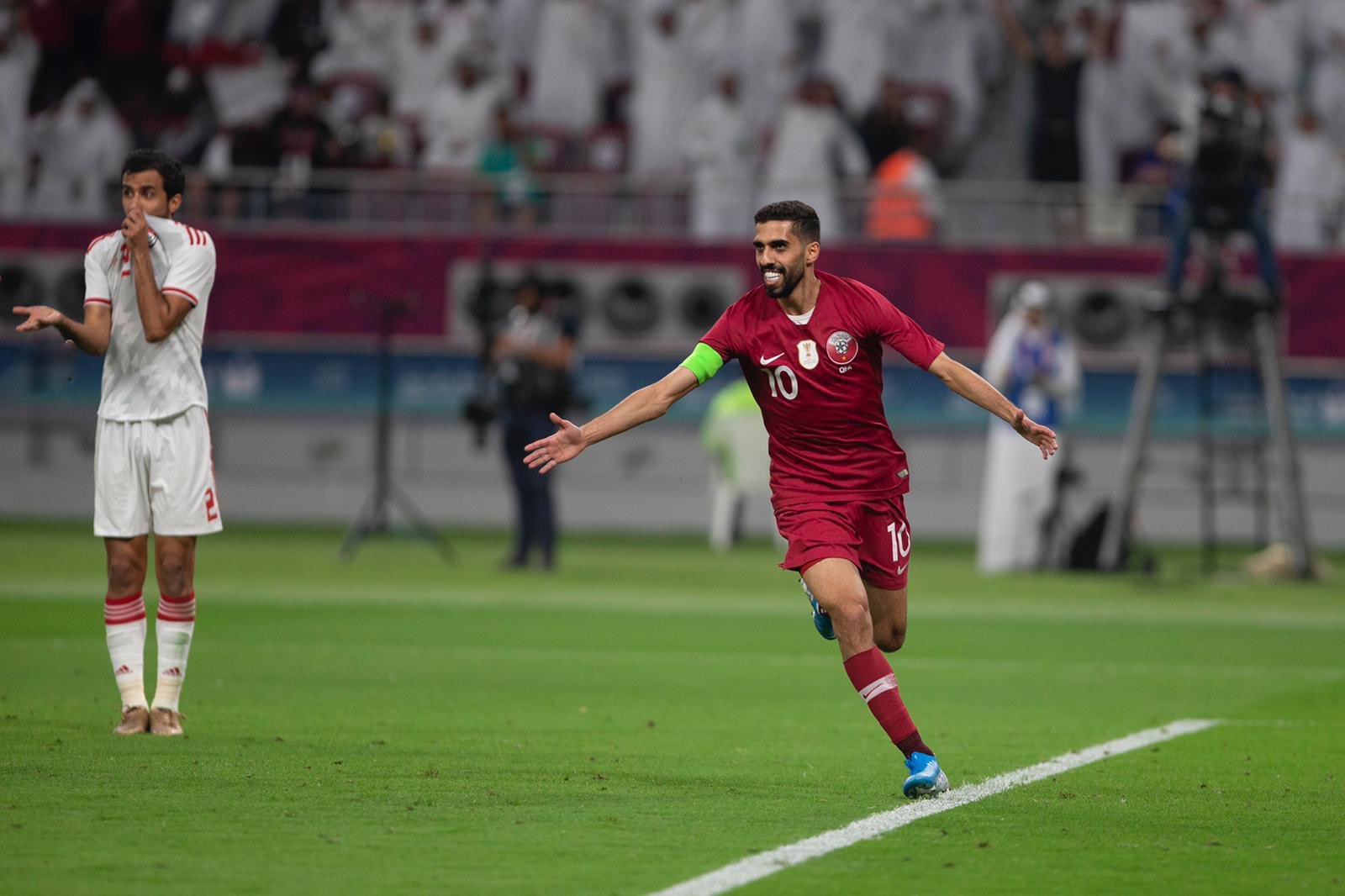 The captain had collected the ball off UAE’s Khalifa Mubarak and he waltzed his way into the UAE’s box before laying a well-timed pass to Almoez Ali who found himself sandwiched between two Emirati defenders. The eventual loose ball was collected back by Al Haydos who blasted a curler into the Emiratis net to restore Qatar’s two goal advantage in the 53rd minute.

Al Haydos was replaced by Abdelaziz Hatim in the 68th minute and the substitute almost registered a goal with his first touch of the ball but his shot, after a mesmerizing piece of dribble, was no trouble for goalkeeper Hasan.

Mabkhout completed his brace in the 77th minute and while it seemed the highly enthralling match might end up as a draw, Khoukhi headed in a stoppage-time goal off Hatim’s corner to complete the task for the region’s FIFA highest-ranked country.

By Qatar Living·0·1 week 30 min ago
Qatar Living speaks to the Qatari entrepreneur, Saad Al-Sulaiti, to learn more about his personal experience in building three businesses in Qatar.