The stars of the wrestling world are currently in Doha for the Qatar Pro Wrestling mega event, Super Slam II. Qatar Living was lucky enough to get some time with wrestling legend Rob Van Damn, and who better to interview him, than our own lifelong fanboy and Head of Content, Shaun.

The former WWE and ECW star, is currently in action in Impact, but made the trip Doha for the first time to take part in the company's main event. A four-way match against Alofa, of the Anoai Samoan Dynasty, original QPW champion Chris Raaber and defending heavyweight champion Alberto El Patron.

Rob discussed what it feels like to visit Qatar for the first time, and the common misconceptions of wrestling companies putting on shows in the Middle East.

Will you be attending the show this Friday, February 21, at Lusail Sports Arena?

By QLNews·0·3 weeks 5 hours ago
Upon the directives of His Highness the Amir Sheikh Tamim bin Hamad Al Thani, Qatar will send urgent relief aid to Sudan to minimize the impact of the record flooding this year. 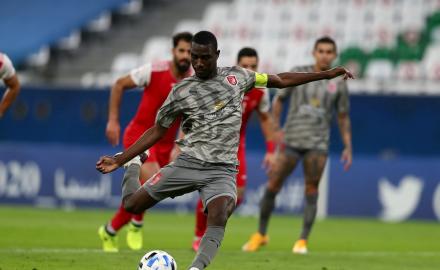