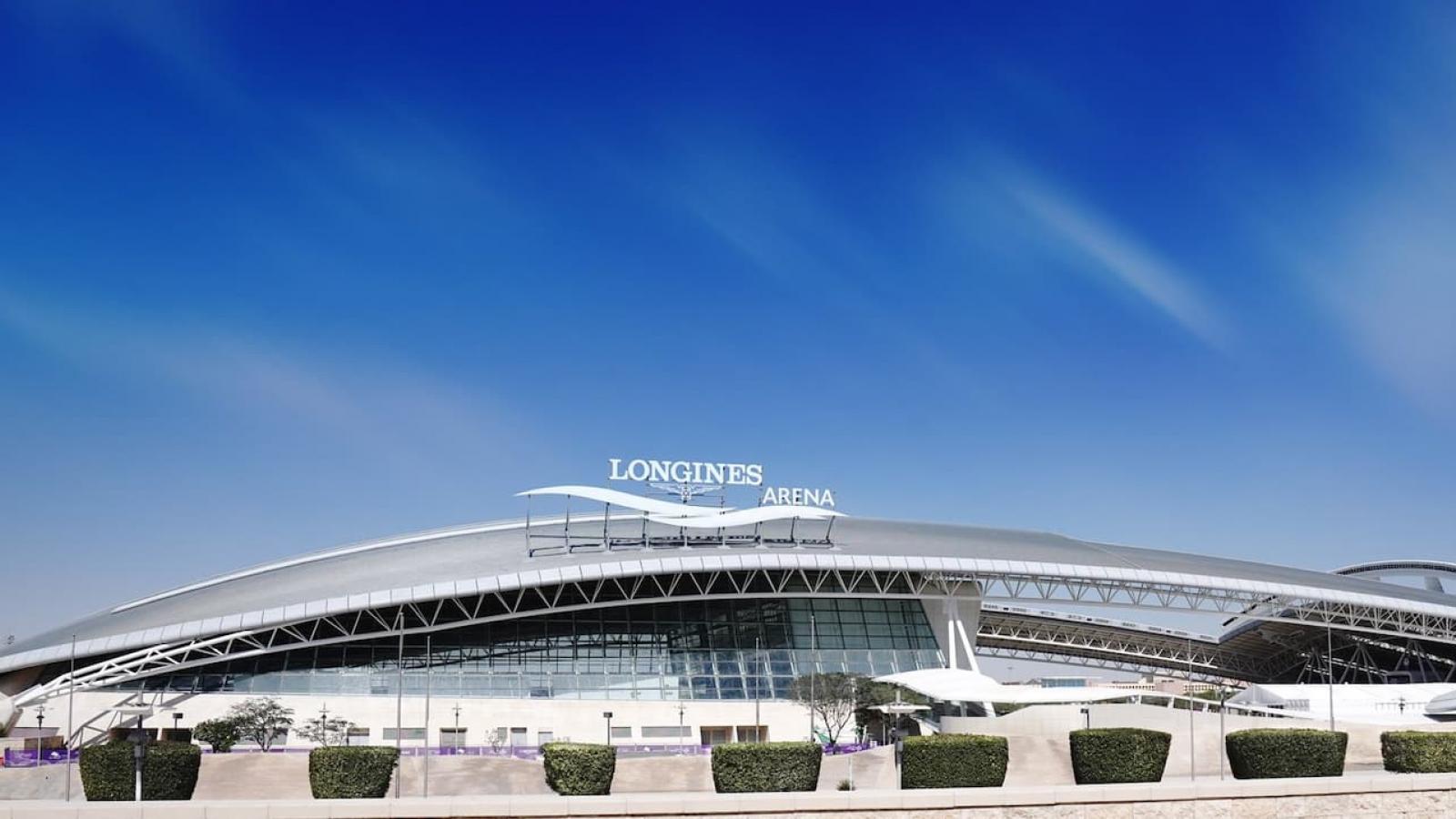 A star-studded contingent of 85 riders from 27 countries around the world has descended upon Doha to compete in the spectacular Commercial Bank CHI AL SHAQAB Presented by Longines 2021 event, which will be held at the Longines Arena at Al Shaqab, from February 25-27.

In addition, 138 horses have arrived in Qatar’s capital city to take part in the world-class international equestrian competition.

Al Shaqab, a member of Qatar Foundation, is organizing CHI AL SHAQAB for the eighth time, and the much-anticipated event will again see riders participate in the Olympic disciplines of showjumping, dressage, and para dressage.

At a press conference held at Al Shaqab on February 23 to launch the event, Omar Al Mannai, Event Director, Commercial Bank CHI AL SHAQAB Presented by Longines, and Commercial Manager, Al Shaqab, said, “Once again, this amazing event has managed to attract globally respected champion riders and horses to Doha. They love to compete at Al Shaqab, and it shows in the number of riders who keep returning for the event. Al Shaqab has truly achieved its goal of developing an equestrian competition that other organizers aspire to and talk about, and that elite organizations wish to be a part of. This is highlighted by the quality of sponsors and partners who are associated with the event.”

Commercial Bank is the Title Sponsor; Longines is the Presenting Partner; ExxonMobil is the Main Sponsor; and The Social & Sport Contribution Fund (Daam) is the Supporter of the event.

Did you know? This year’s Commercial Bank CHI AL SHAQAB Presented by Longines will be the 8th edition of this premier event. It will be held at the Longines Arena at Al Shaqab, from February 25-27.
.
#CHIALSHAQAB21 @cbqat #Longines #EleganceisanAttitude #Exxonmobil #Daam pic.twitter.com/6UXKEvLzwJ

Al Shaqab is also proud of its long-term association with Longines, which is the Presenting Partner of CHI AL SHAQAB.

“This relationship is underscored by the renaming of the competition venue as the Longines Arena at Al Shaqab, which represents the perfect location for the world’s best riders and their horses to compete for the ultimate honor of being crowned a champion at CHI AL SHAQAB,” said Al Mannai.

A former international-level showjumper and dressage rider who represented Qatar in the 2006 Asian Games, Al Mannai emphasized the importance of para dressage as a part of Commercial Bank CHI AL SHAQAB Presented by Longines.

He said, “ Al Shaqab continues to include this Olympic discipline in the event not only because our facilities are geared to meet the needs of the participants but, more importantly, they are wonderful role models and sources of great inspiration. We look forward to seeing Qatari riders competing in this discipline in the future.”

In line with the Ministry of Public Health’s (MoPH) COVID-19 health and safety guidelines, the venue will be restricted to 10 percent of its capacity.

Tickets can be purchased at the venue on event days.

As a further precautionary measure, there will not be a Festival Area this year. Fans unable to access the venue can still catch all the action, as the event will be broadcast live on Al Kass TV and beIN Sports, while it will also be live-streamed on Al Shaqab’s website, alshaqab.com.

“As an organizer, Al Shaqab is proud of the hard work that has gone into making the event a reality in the midst of a global pandemic. But, more than anything else, the health and safety of participants, spectators, and all involved with the event remains Al Shaqab’s highest priority. Therefore, with guidance and instruction from MoPH, Al Shaqab has ensured that all necessary COVID-19 precautionary measures are in place, and will be strictly enforced," Al Mannai said.

By QLNews·0·1 week 4 days ago
The Cabinet decision also allows these facilities to provide some of their medical services through modern means of communication.

By QLNews·0·1 week 5 days ago
As Qatar continues to fight the pandemic with all its might, today the Ministry of Public Health (MoPH) has announced that the age threshold for COVID-19 vaccine eligibility has been reduced to 40 years.

By QLNews·0·1 week 5 days ago
The Ministry of Public Health has once again reminded the public that the COVID-19 vaccination center at Qatar National Convention Center will only allow individuals with prior appointments to take the COVID-19 vaccine.