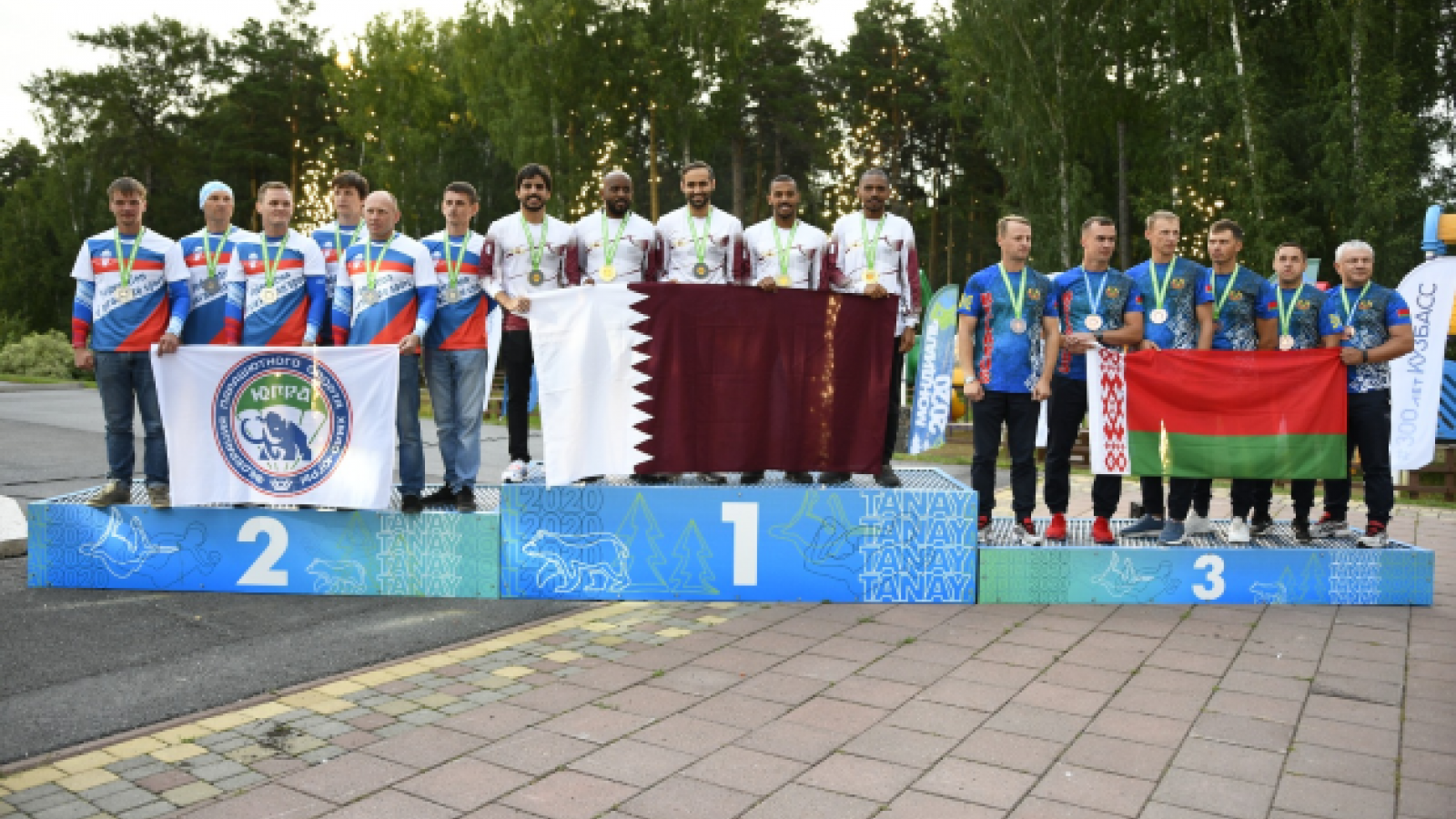 The Qatar parachute jump team, which is affiliated with the Qatar Air Sports Committee and the Joint Special Forces, witnessed an outstanding performance at the Parachute World Championships which ended yesterday in Russia.

In the duo competition, the Qatari team "Sunshel A," which included Abdulaziz Al-Abdullah, Salman Al-Sharshani, and Ahmed Al-Yafei, came in second with 220 points, trailing the French team "Sonschel A," which ranked first and won the gold medal with a score of 243 points. With 194 points, the French team "Schoenchel B" took third and earned the bronze medal.

Furthermore, the US team finished second with 169 points and was awarded the silver medal.

The Qatar parachute jump team competed in the World Cup in Russia with four teams: the Quadruple Cohesion Team, the Goal, the Parachute Interlock, and the Eight Cohesion Team, all of which are linked with the Qatar Air Sports Committee for the Joint Special Forces.

The Qatari parachute jumping team's dominance and three international medals are the greatest preparation for the upcoming World Military Parachute Jumping Championship, which will be held in Doha from November 15 to 30, with roughly 40 countries participating.

Feel Proud on you...

Keep it up and best of luck Always.

By QLNews·0·4 days 11 min ago
The Amir HH Sheikh Tamim bin Hamad Al-Thani delivered a speech at the General Debate of the 76th session of the United Nations General Assembly, which took place at the UN headquarters in New York earlier today.