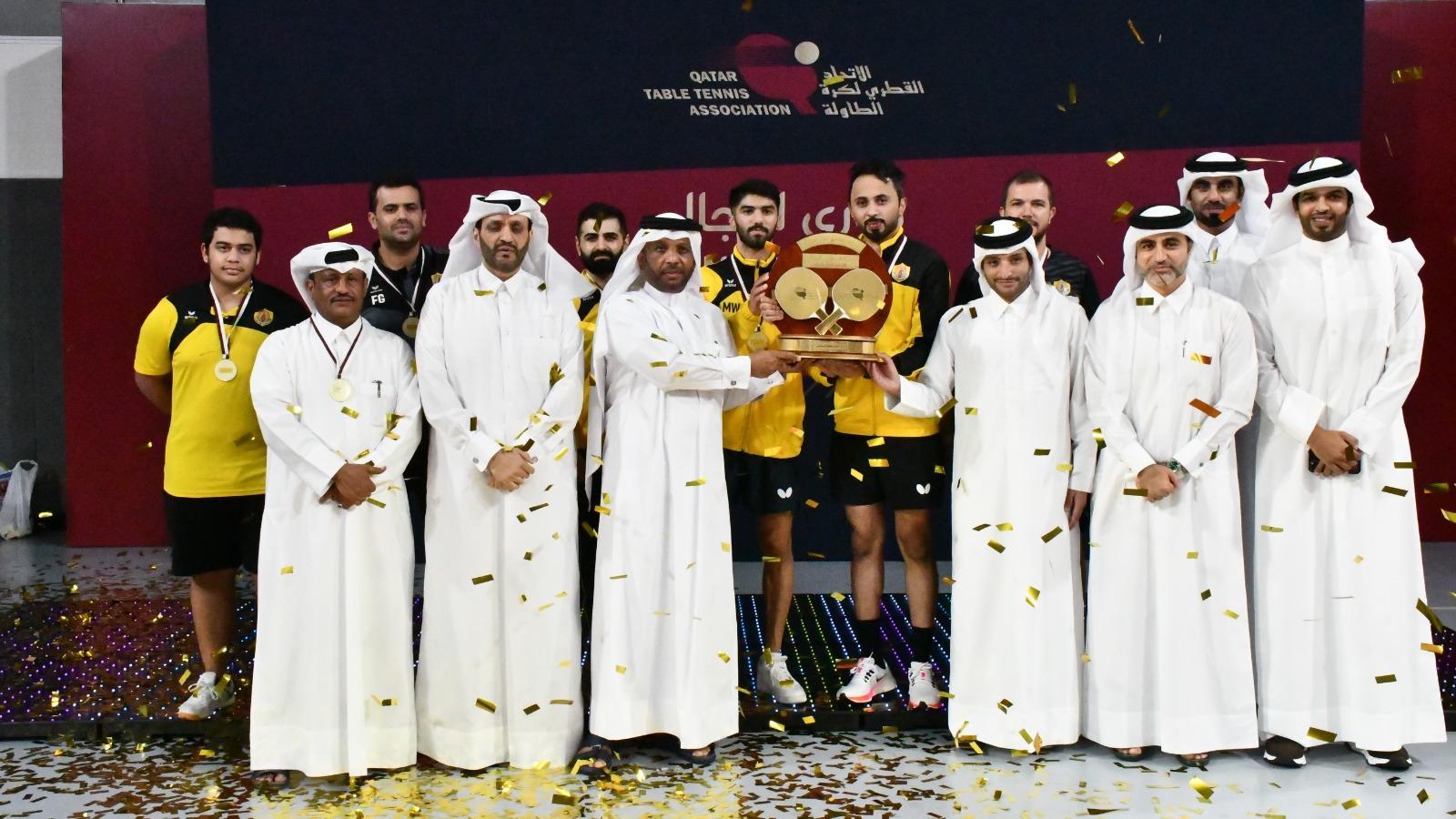 The Qatar Sports Club men's table tennis team has continued to maintain their impressive form this season by clinching the league title for the second time in a row at the Lusail Sports Hall yesterday.

The team, who recently returned home from Jordan as silver medalists at the Arab Club Table Tennis Championships in Amman, won the title in the penultimate round of the league, before concluding the competitions by defeating Al Sadd SC (4-2), to end the tournament yesterday without any loss.

With the feat, the club has now won the title for the fourth time in its history.

Al-Arabi SC defeated Al-Rayyan SC (4-0) in the second match of the final round of the league. 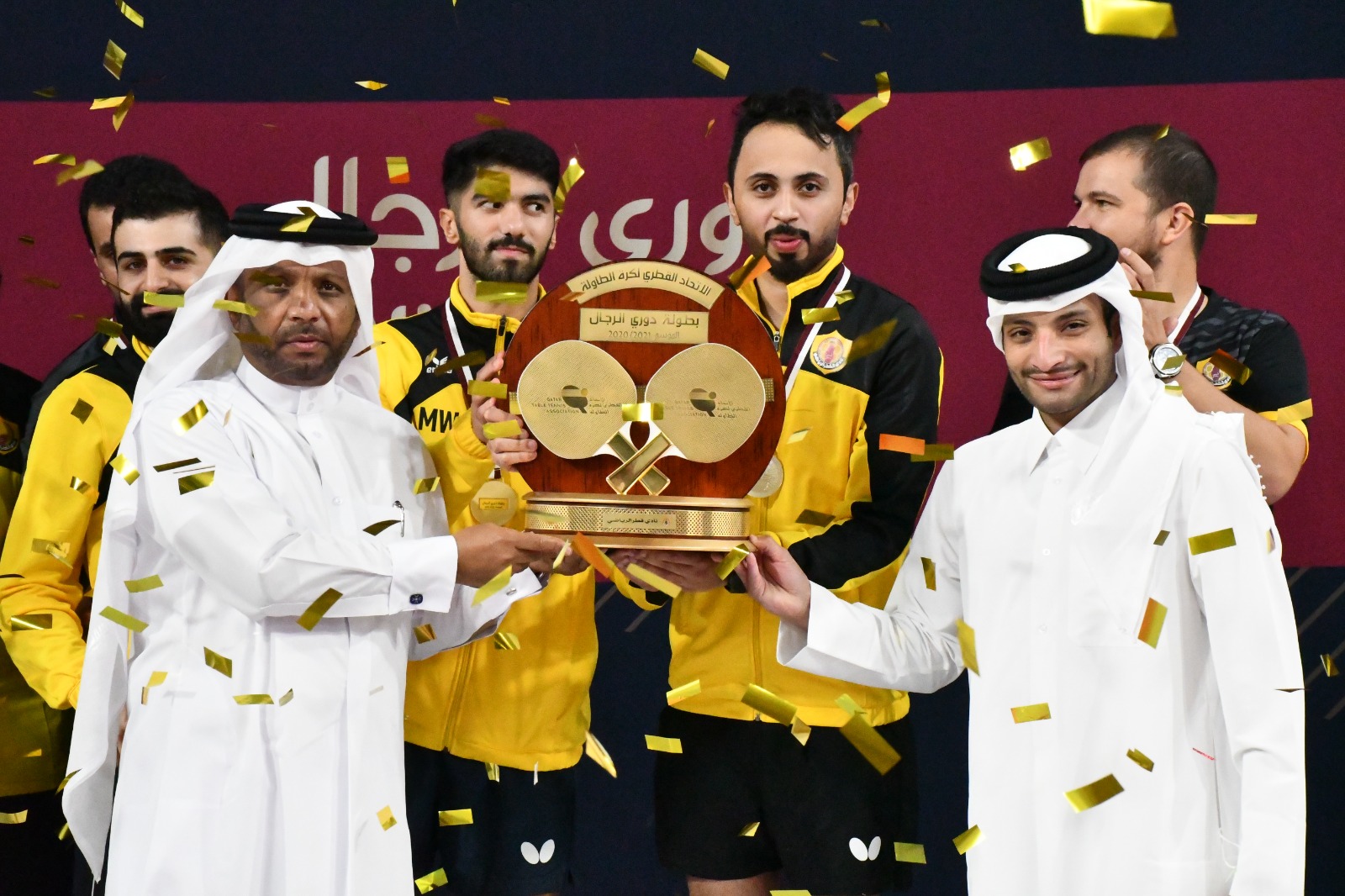 Qatar SC's latest victory is coming on the heels of being crowned champions of the Table Tennis Federation Cup for the 2020-2021 season last week. They had defeated Al Sadd (4-3) in the final match at the same venue - Lusail Sports Hall.

Qatar SC captain Ahmed Khalil Al-Mohannadi, who, along with Mohamed Abdel-Wahab, were the stars of the tournament, said, "It's amazing being crowned the champions for the second time in a row. It has been a wonderful season for all of us, and we would like to thank the club's management and our teeming fans for their tremendous support and encouragement. The win is for all of them, and we hope to continue to make them happy with our performances."

The captain added that the team's next target is the Amir Cup, which they hope to win to complete a hat-trick of victories. 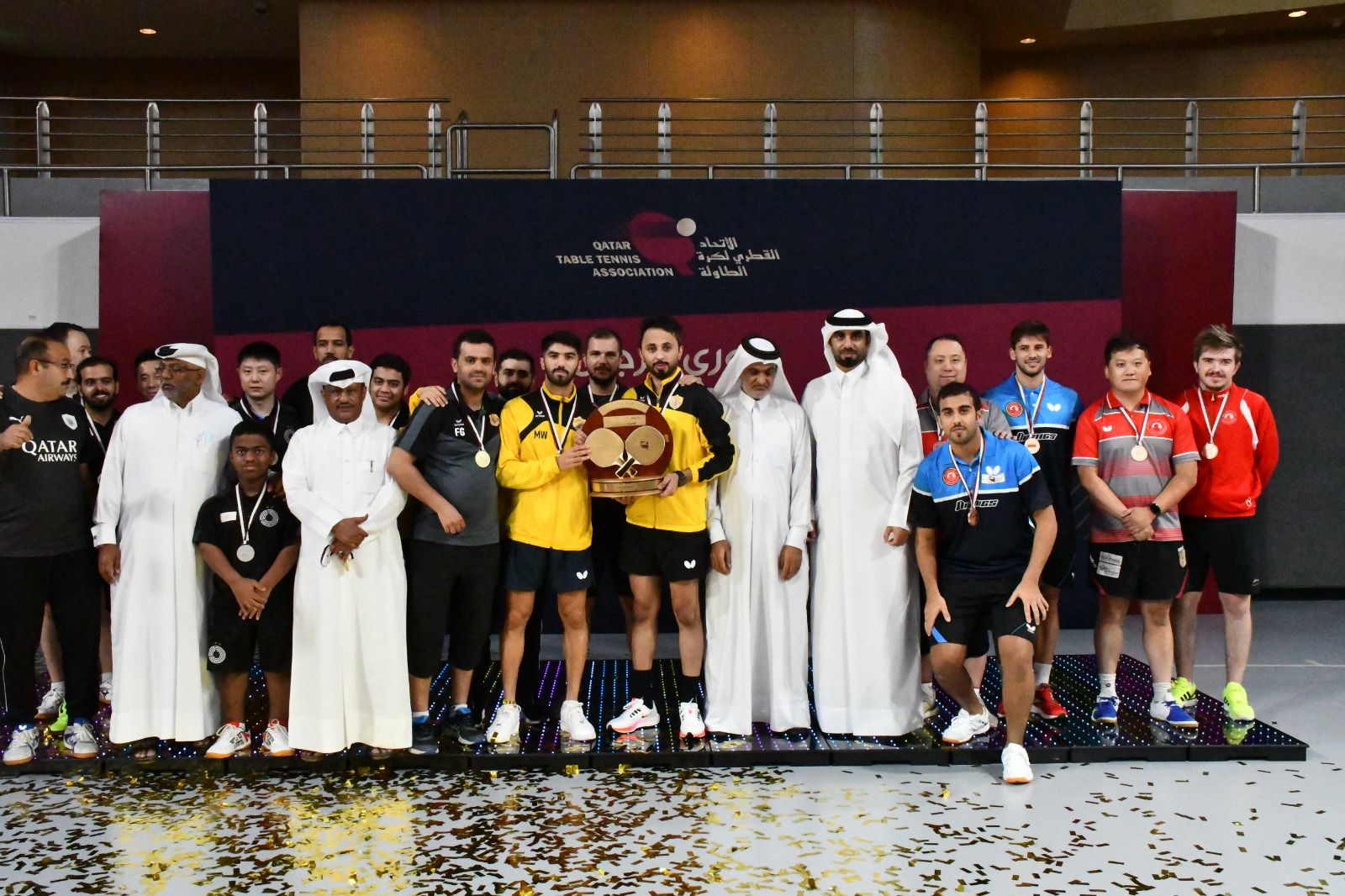 "Qatar SC deserved to be crowned the champions after distinguishing themselves throughout the tournament. The technical level of the league had been very solid, especially with the change of the championship system this year, which contributed to making the tournament a tough challenge with no clear winner emerging until the penultimate round," the QTTA president said.

Mohannadi extended his good wishes to all the teams participating in this year's Amir Cup tournament, the Silver Jubilee edition, stressing that all of them have the chance of winning the title.

He advised everyone to follow the precautionary measures stipulated by the health authorities to limit the spread of the Coronavirus (COVID-19) to end the season on a good note after the delay caused by the pandemic.

The Amir Cup tournament starts later this week at the same venue – the Lusail Sports Hall in Lusail.