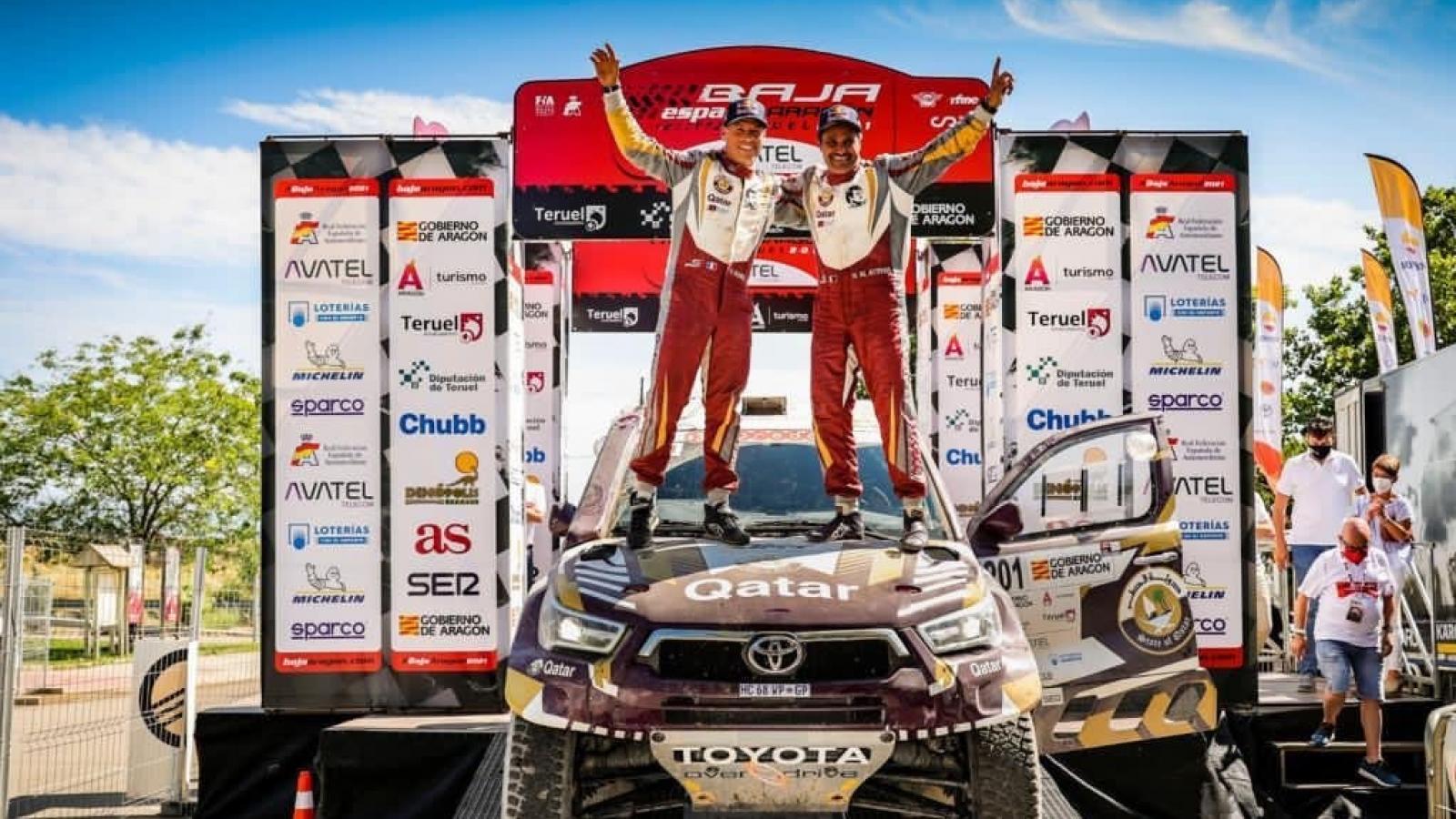 Nasser Saleh Al Attiyah and Matthieu Baumel of Overdrive Racing competed in the three-stage Baja Spain Aragon, round five of the FIA World Cup for Cross-Country Bajas, for the first time since the Andalucia Rally in mid-May, and secured a late victory.

Al Attiyah, who led by 64 seconds heading into the final stage, lost time to French driver Sebastien Loeb during the early kilometers of the selective section and appeared to be on his way to second place until his rival dropped around 14 minutes near the finish due to power steering issues and slipped to seventh overall.

Al Attiyah stated that it was a difficult last stage for everyone, but was quite glad to win this race, despite suffering tire wear on the abrasive conditions in the high heat and claiming his fourth Spanish Baja victory (2008, 2016, and 2017) and third with Toyota. 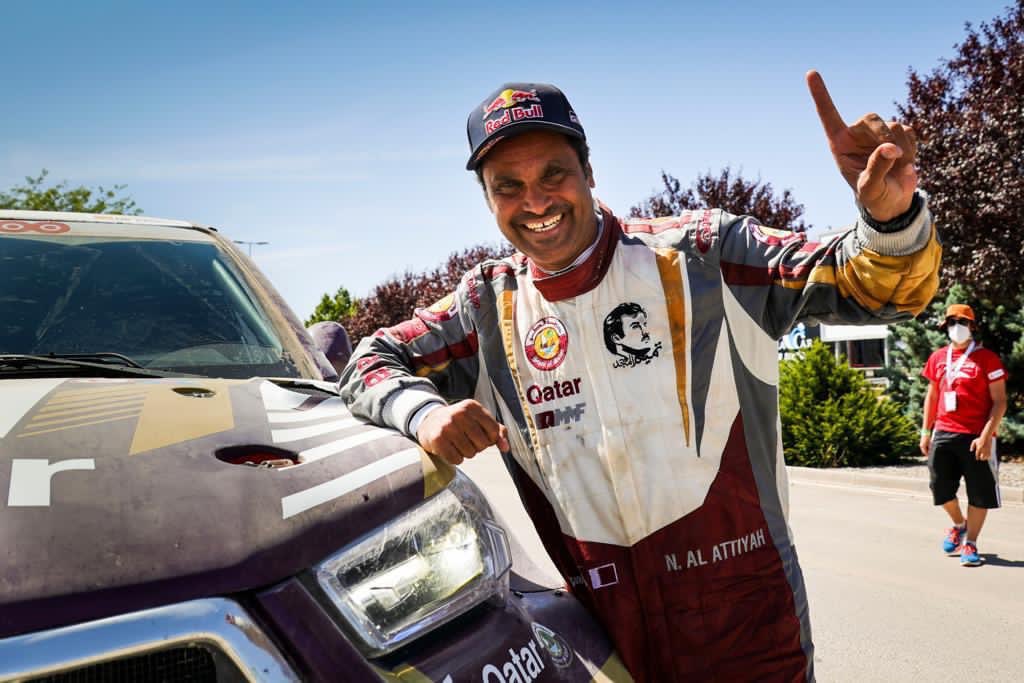 At the start of the month, Al Rajhi and Michael Orr revived their working partnership on the early stages of the Silk Way Rally before withdrawing from the truncated event.

Orr was able to give a back injury more time to recover as a result of this choice, and the Ulsterman guided the Saudi to third overall and the final podium spot at the Spanish event in Teruel. Al-Rajhi drew closer to Baja series leader Yasir Seaidan in the title battle as a result of his points haul.

A fourth Overdrive Toyota was crewed by Tiago Reis and Valter Cardosa, a Portuguese pair. On their way to an impressive fourth position, they set fourth and fifth fastest times on the final two stages. 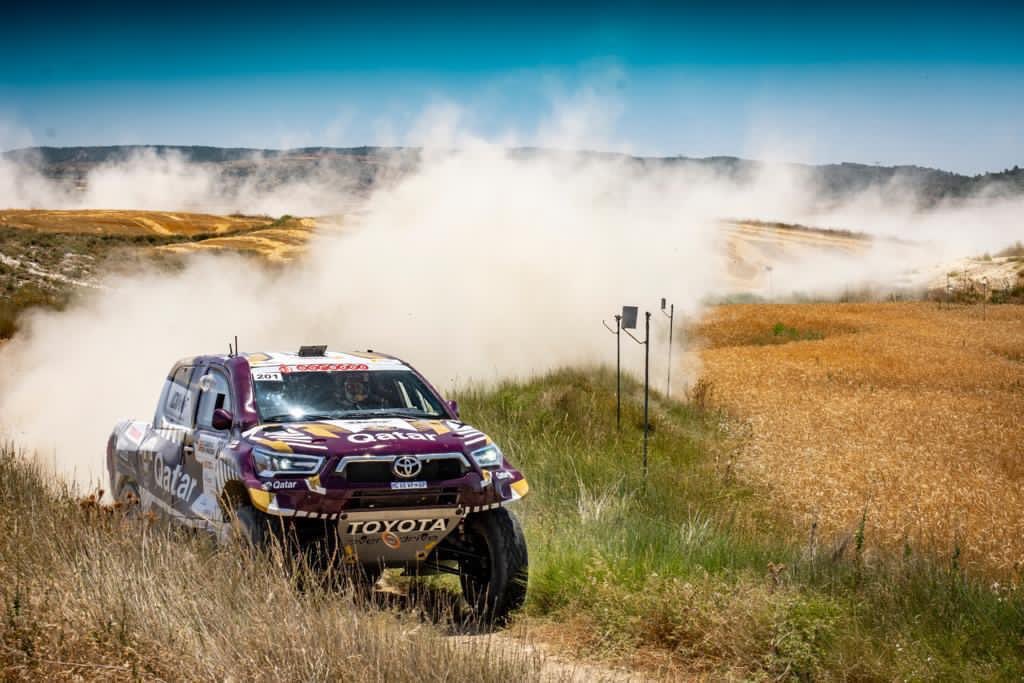 Erik Van Loon started the Baja in sixth place in the FIA World Cup for Cross-Country Bajas Drivers' Championship, and both him and the French co-driver Sébastien Delaunay finished in sixth place, boosting the Dutchman's points count behind points leader Seaidan.

Isidre Esteve, a former Dakar motorcyclist rider, paired up with Txema Villalobos to drive a custom Overdrive Hilux. He came in tenth place at the end of the race. Joäo Ferreira of Portugal finished 11th with co-driver David Monteiro in an Overdrive-built Hilux.

Sébastien Loeb, a nine-time World Rally Champion, beat Al Attiyah by a fraction of a second on the first selective section of 180km on Friday, clocking the fastest time of 2hr 20min 12sec.

By QLSports·0·2 weeks 54 min ago
With a little over a year to go until Qatar hosts the region's first FIFA World Cup, the country is set to mark the completion of its sixth tournament-ready venue, Al Thumama Stadium, next month. 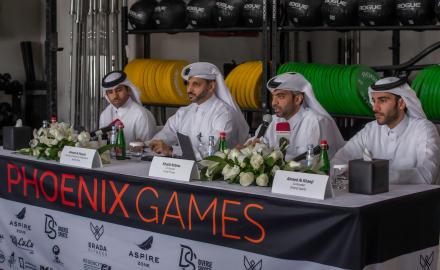 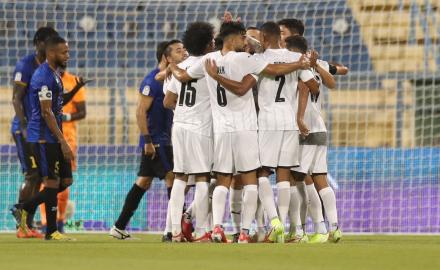 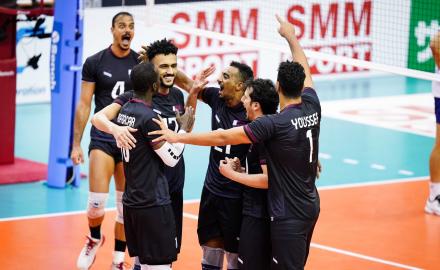