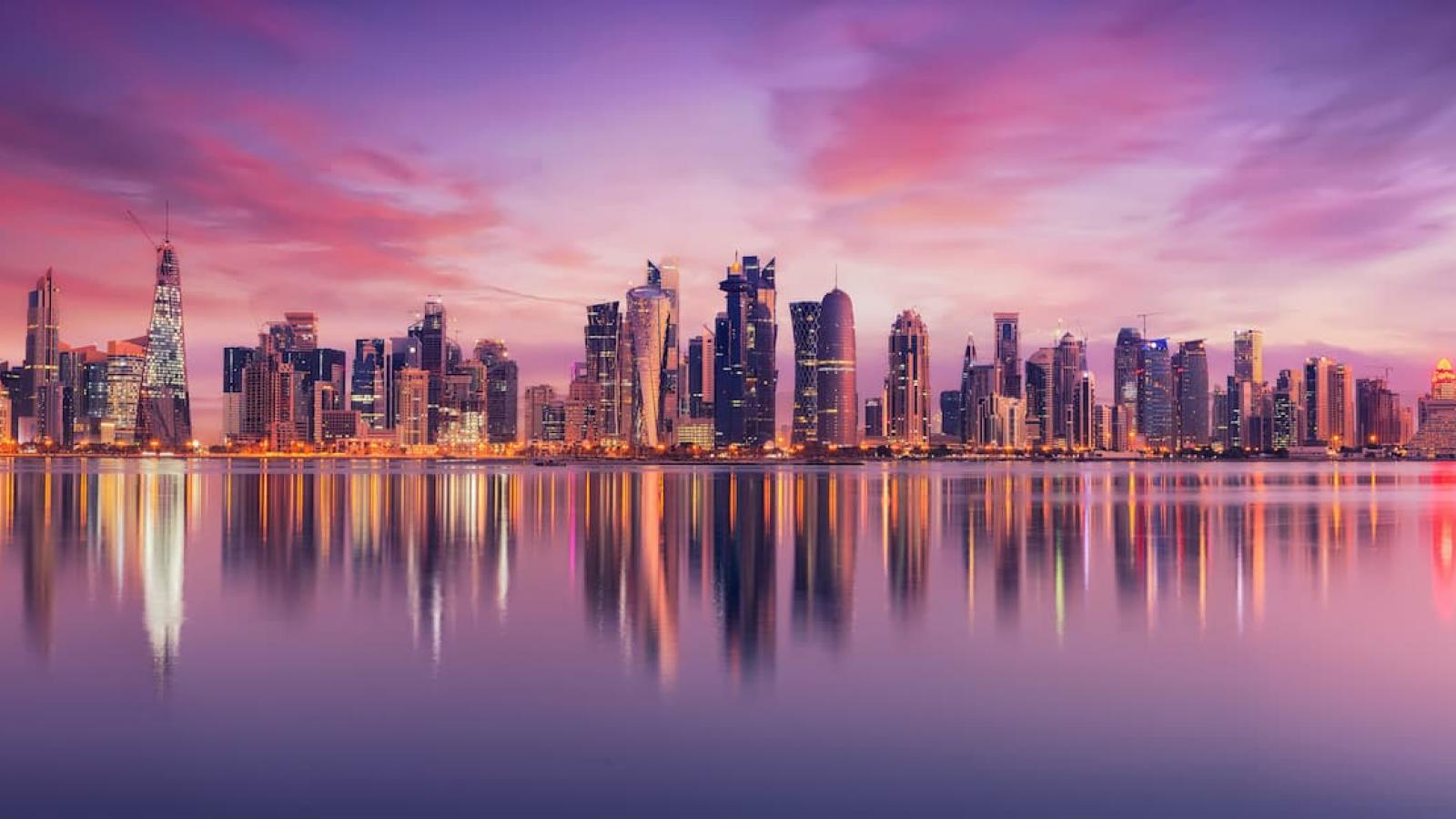 Most Iconic Buildings in Qatar – Part 2

Keeping up with the flow of discovering and falling in love with our country again, we thought it was only fair to keep the list updated as well. Introducing, once again, a few new and a few comfortable iconic buildings in Qatar!

The National Museum of Qatar 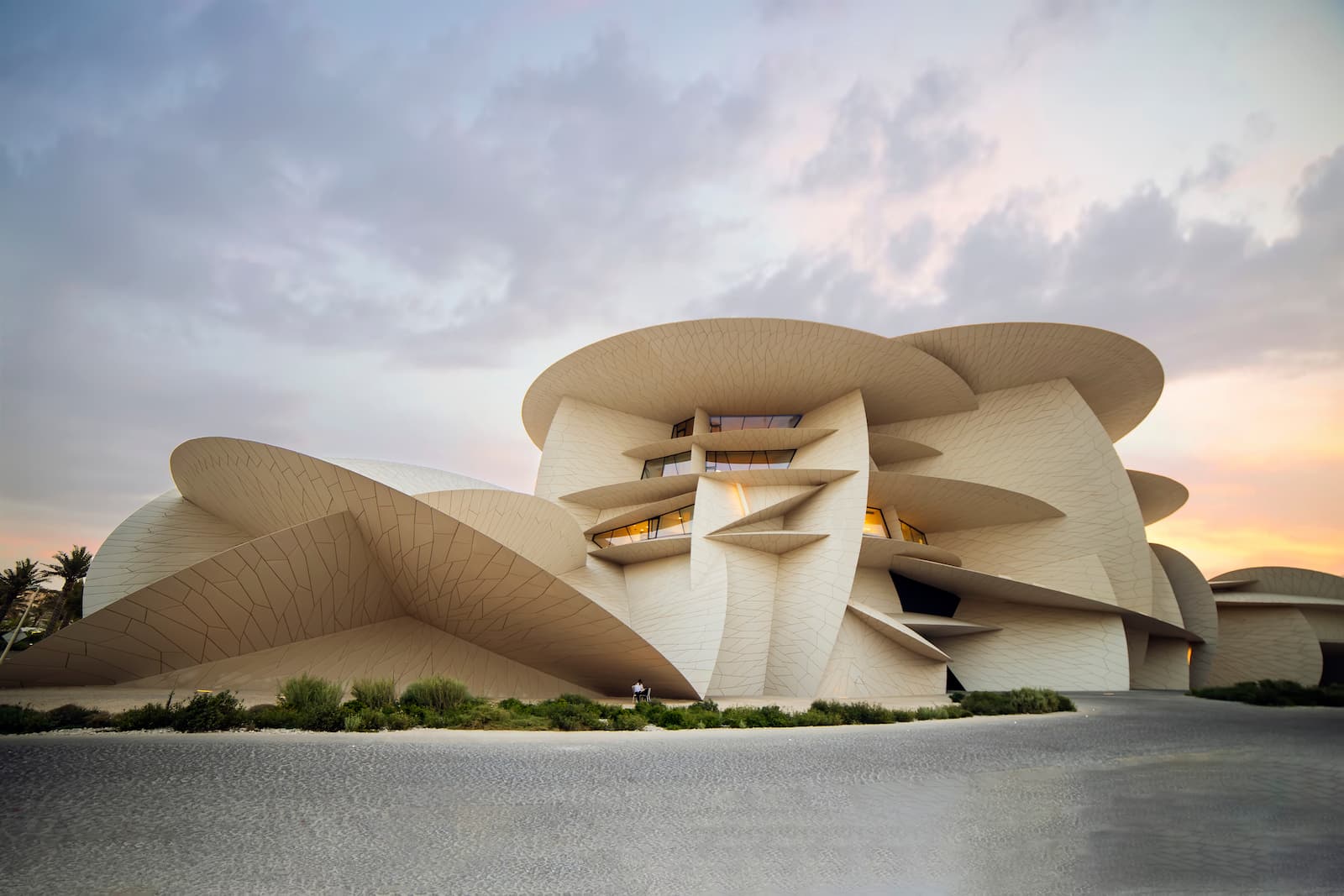 We spoke about Jean Nouvel’s Burj Doha in our previous article so it’s only fair to applaud the recent National Museum of Qatar as one of his best works in the country. An iconic building that is a trademark of one of the biggest events in recent years, the museum is inspired by the desert rose and pays a tribute to the heritage architecture, the people, and the modernism that Qatar has recently opened up to.

Shaped like the intricate-rose-like formation of the original desert rose, the museum has been built around the original palace of Qatar’s Sheikh Abdullah Jassim Al-Thani. 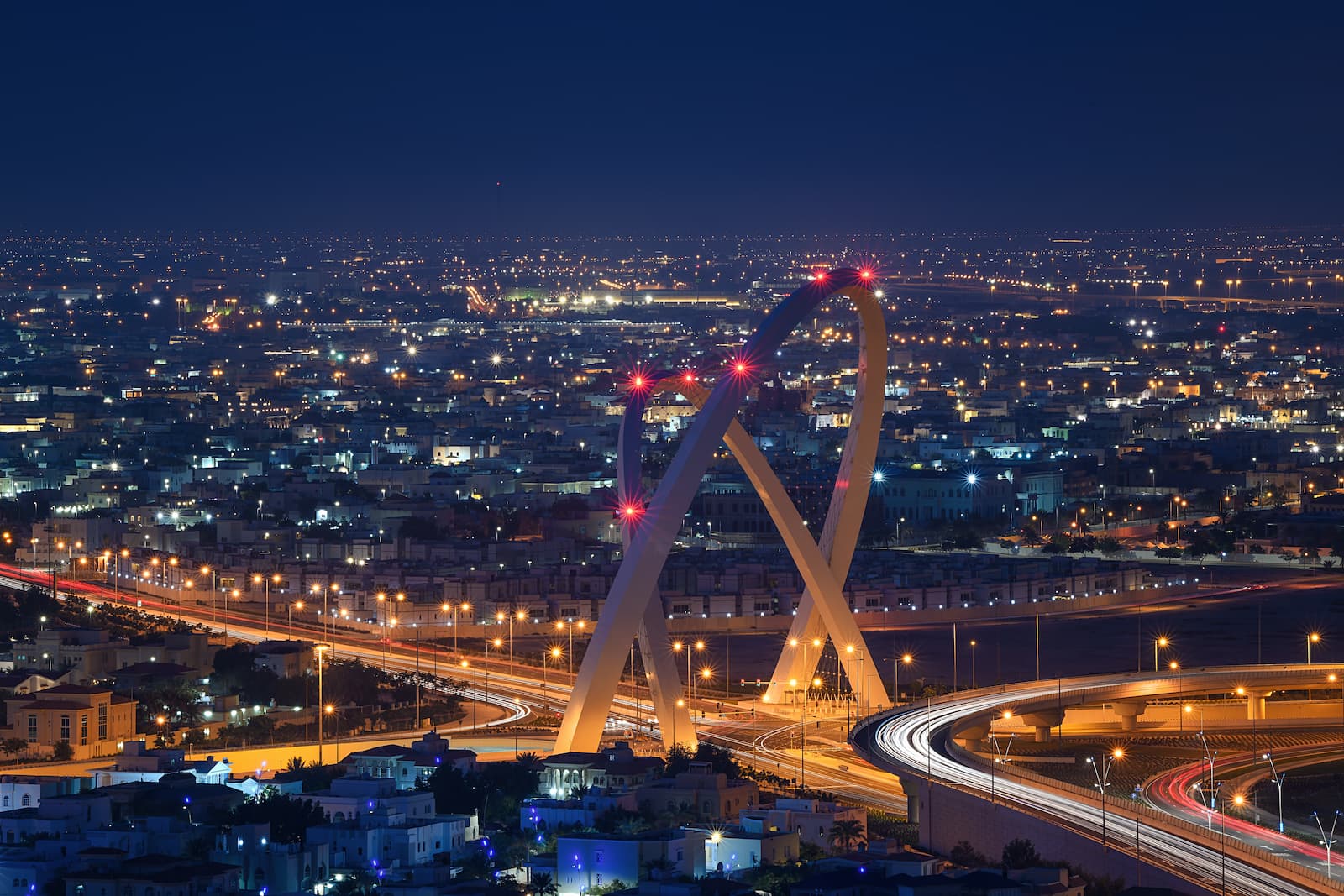 If you’ve ever been on the Lusail expressway, these are the unmistakable arches that have drawn your attention several times. The expressway connects Lusail City with West Bay, and is also home to the tallest dual arches in the country, so you can see these from a distance as well. These splendid iconic arches have also won Qatar the International Design Award in 2020.

Standing 100m tall, this iconic architectural monument in Qatar is designed by Erik Behrens and AECOM, reflecting the core beliefs of heritage and modernity in the country. With Limra limestone sourced from Turkey for the base of the arches, the structure itself weighs over 9,000 tons with 54 large pieces of steel! 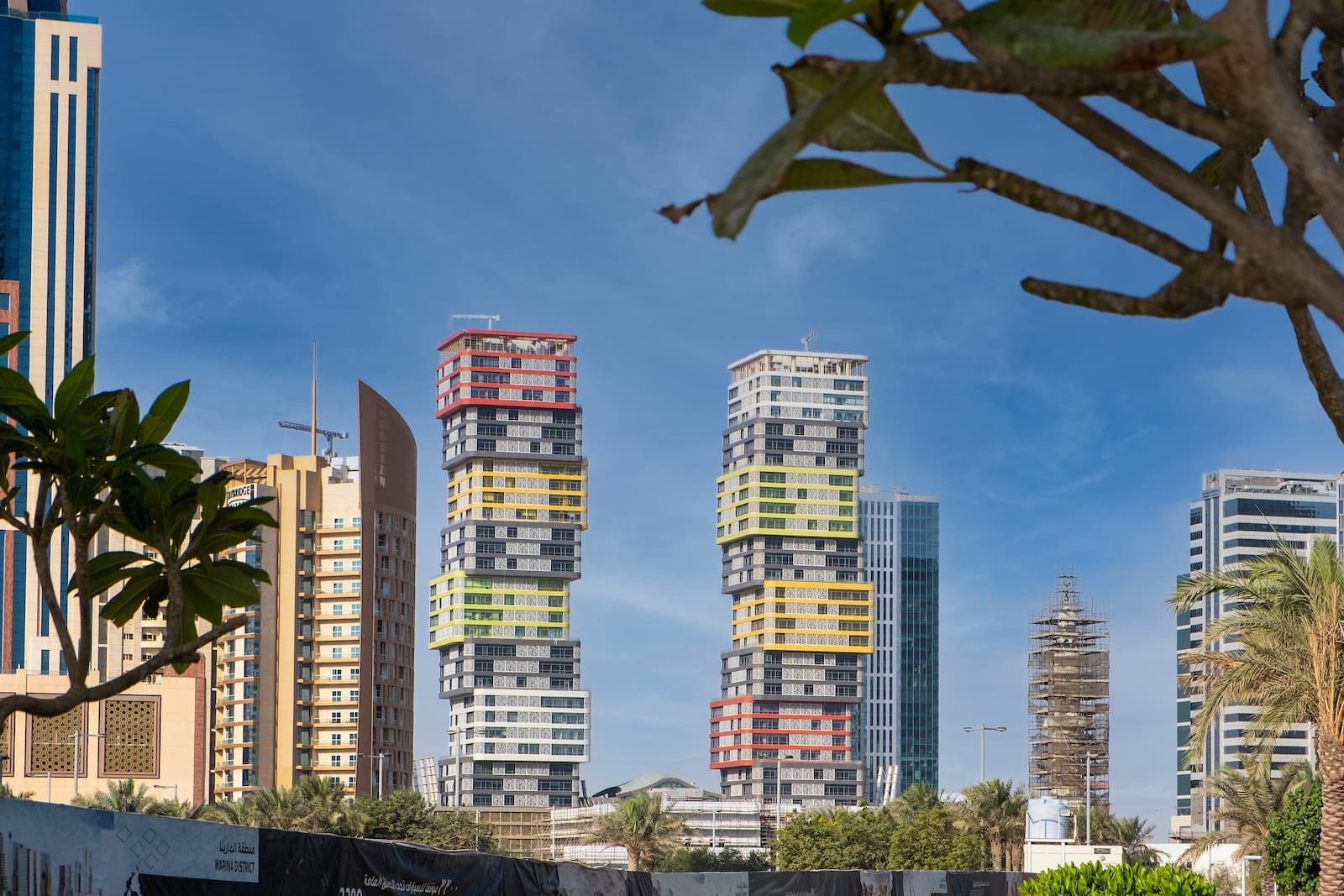 Qatar’s favorite new city has its own iconic buildings and spots worth mentioning! Located in the heart of Lusail with views of The Pearl Qatar, the Marina towers with their color pop in the Marina District of the city give a very contrasting effect to its surrounding. The ‘lego towers’, which are unevenly stacked cubes, are a 32-story luxury office space that represents the multi-cultured population of Qatar with the different colors used to decorate it! 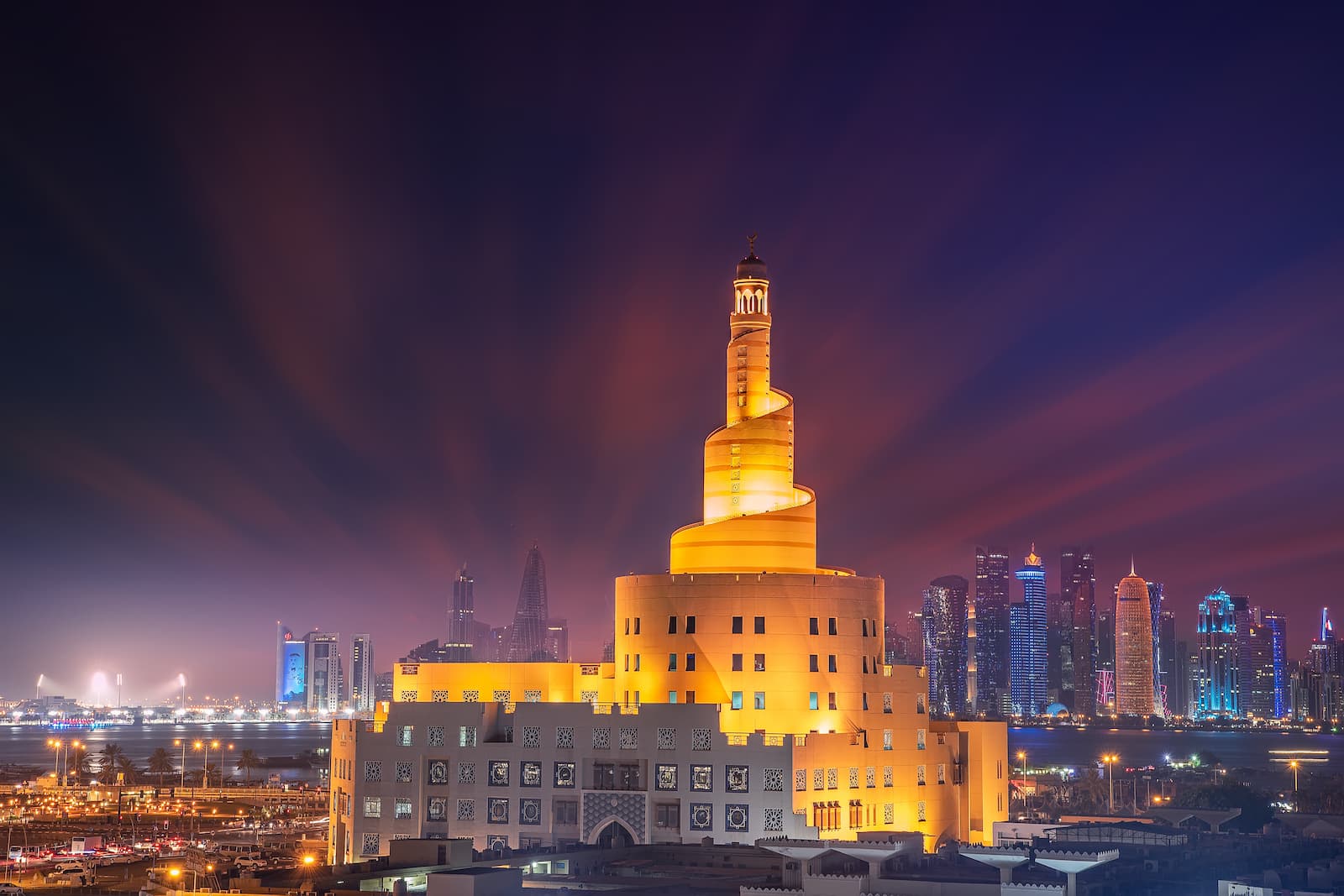 Another one of the most iconic buildings of the region and very close to everyone’s heart will be the Al Fanar Mosque. Located at what was previously known as the Abdullah Bin Zaid al Mahmoud Islamic Cultural center, this cultural hub lies adjacent to Souq Waqif and is a trademark for many reasons. The striking minaret of the mosque, which is also known to be the tallest in the country, is often illuminated in striking gold and yellow light, standing out on the corniche.

The Al Fanar mosque is famous for its ornamental and architectural design and the Fanar itself is a renowned cultural heritage milestone, which was named after the founder of the Qatari judicial system by the Emir of Qatar himself. 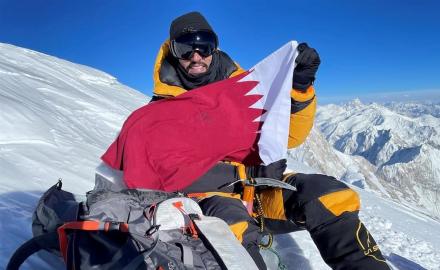