In Qatar: Hamour is now QR100 per kilogram

The prices of hamour, the most sought-after item by sea food lovers, have hit QR100 per kg in the retail market, which according to market sources is a record high.

Due to poor catch, fish prices always go up during summer. But this time, prices are phenomenally high. The prices of hamour have never gone beyond the QR85-QR90 range, market insiders told this daily yesterday.

According to the Ministry of Development Planning and Statistics, over 200,000 people, including Qataris and expatriates, are out of the country. It shows that the prices of fish have gone up at a time when there is lower consumption.

Poor catch, coupled with alleged market manipulation, are the twin reasons cited by sources for the high prices. The difference in retail and wholesale prices ranges between QR10 and QR20 per kg compared to the prices prevailing in the Central Market (Qatar’s wholesale market), a local Arabic daily said.

For example, hamour, whose prices during normal seasons fluctuate in the range of QR40-QR65, is available at QR80 a kg in the wholesale market. However, it is being sold at QR100 at some retail outlets and hypermarkets, meaning an  additional profit of 25 percent (QR20 per kg).

Another popular fish, kanaat, is available at just QR40 a kg in the Central Market, but is being sold at QR70 per kg by retailers.

Customers wonder why prices are so high in retail market when there is no shortage in supplies of most varieties of fish, and they are readily available in adequate quantities in the wholesale market.

Some traders argue that the hike in the prices is due to the decline in supplies of hamour due to low catchments (since the fish has a tendency to go deep down into the water during summer months).

Those not able to afford hamour at the prevailing prices are compelled to buy substitutes such as samman, safi, and zubaidi, pushing the demand and prices of other varieties.

Given the skyrocketing prices, customers urge authorities, including the Consumer Protection Department, to ensure effective monitoring of fish prices.

Some have raised concerns about the auctioning of fish in the Central Market being allegedly influenced by some middlemen and big traders.

Traders argue that with the approaching summer, the supply of hamour and some other varieties of fish has declined and, therefore, prices of other varieties have also gone up due to substitution effect.

Traders at Central Market say they are working on marginal profit which is sufficient enough to recover the wages of workers, rentals of shops and electricity and water bills.

In contrast, many fishermen have expressed apprehension and complain that some big traders, with the connivance of middlemen and others,  are working to influence the auctioning of fish and prices.

However, traders rubbished such allegations and said the auctioning of fish takes place under the close watch of authorities so there is no possibility of price manipulation.

Is it only fish that is costing more ? almost all food items, fruits, vegetables are going up daily putting the labors and middle class people into deep shit trouble. Food is common for rich and poor but the poor cannot afford the soaring prices.

By QLNews·0·3 weeks 1 day ago
For the sixth year in a row, HIA has been declared the "Best Airport in the Middle East," by the SKYTRAX World Airport Awards 2020. HIA also secured the title of the third best airport in the world.

By QLNews·0·2 weeks 2 days ago
The Qatar Football Association (QFA) has set the date to resume local competitions for the remaining part of the 2019-20 season.

By QLNews·2·1 week 5 days ago
From today, May 22, 2020, it is mandatory for all citizens and residents of Qatar to install the 'Ehteraz' app on their mobile phones.

By QLNews·0·2 weeks 4 days ago
Qatar's Ministry of Interior (MOI) has reminded citizens and residents in Qatar to abide by the Cabinet's decision, regarding wearing facemasks upon leaving the house, for any reason, except when alone in a vehicle while driving. The decision has been effective from Sunday, May 17, 2020, until further notice.

By QLNews·1·2 weeks 1 day ago
The country's Cabinet has announced that the precautionary measures in place to protect the health and ensure the safety of citizens and residents will remain in effect.

By Qatar Living·0·1 week 4 days ago
Although there will be no community events and gatherings this year, those celebrating can make the most of the unique time with their loved ones at home.

By QLNews·0·1 month 4 days ago
His Highness the Amir Sheikh Tamim bin Hamad Al Thani yesterday visited the Research and Development Center at Barzan Holding Company to view production lines for the manufacturing of the (Savr-Q) ventilators.
Post to Forum
Sponsored Posts 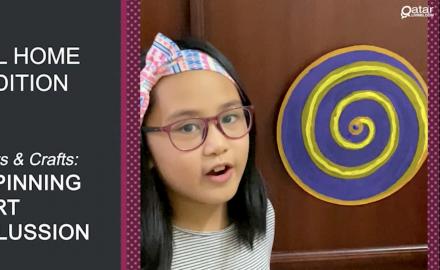 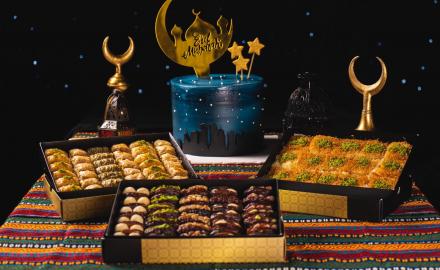 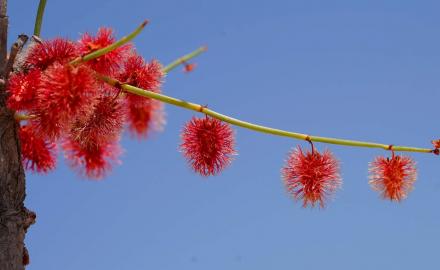