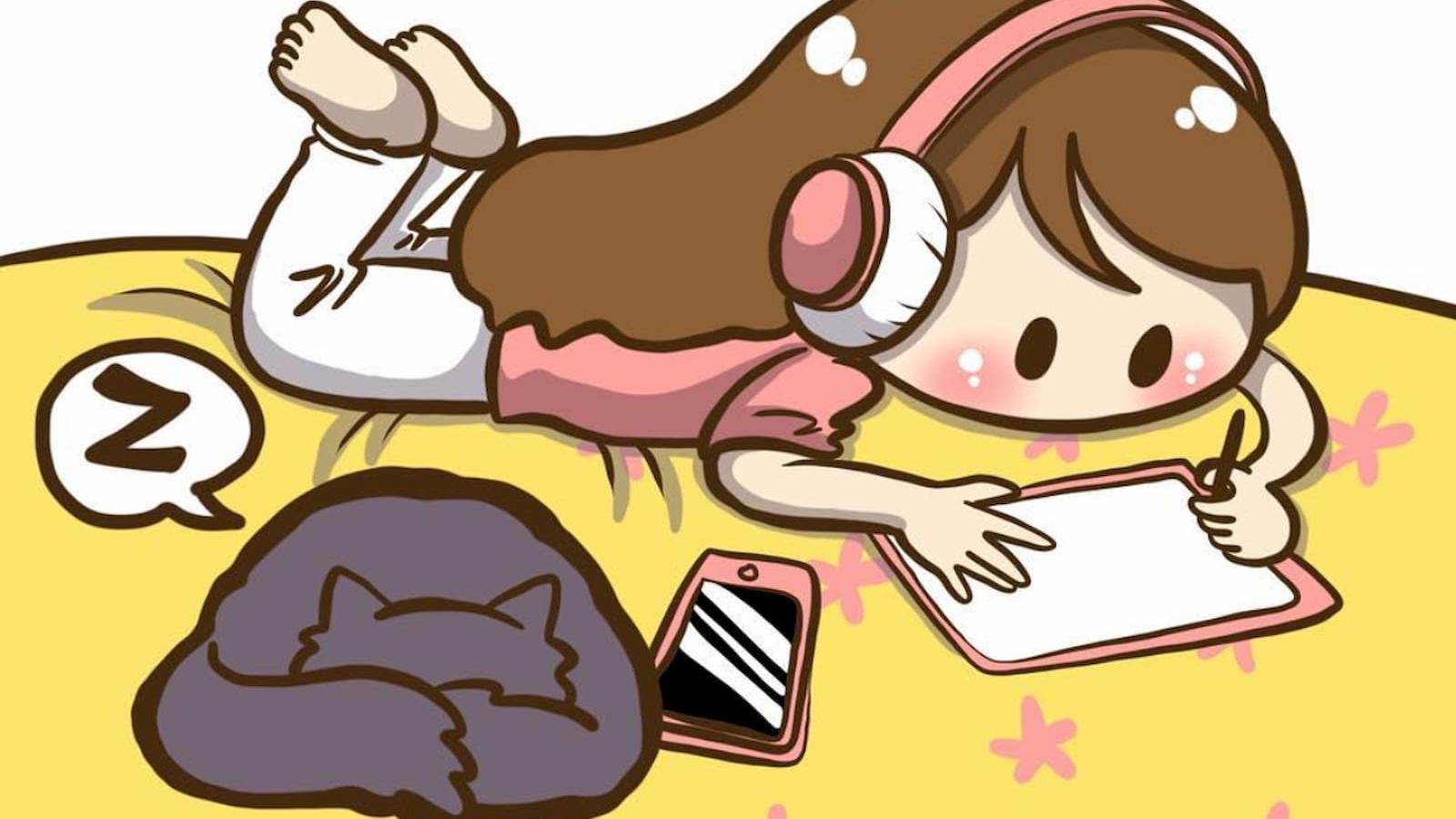 Qatar Living speaks to the storyteller, illustrator, scriptwriter, and filmmaker, Kholoud Alali, to learn more about her story.

Kholoud studied art education at Qatar University and later worked with Al Jazeera for Children. This was where her talent was nurtured as she started to work more on animation.

Kholoud started her project as a page on Instagram. At that time she was not expecting to gain a huge number of followers. Now she has around 40k!

“It started as a normal account just to post photos and draw comics for my family and friends. But when I attended my first comic con, I met many people that called me Kholood Fantasy, and told me that they are following me and love my comics,” she said. 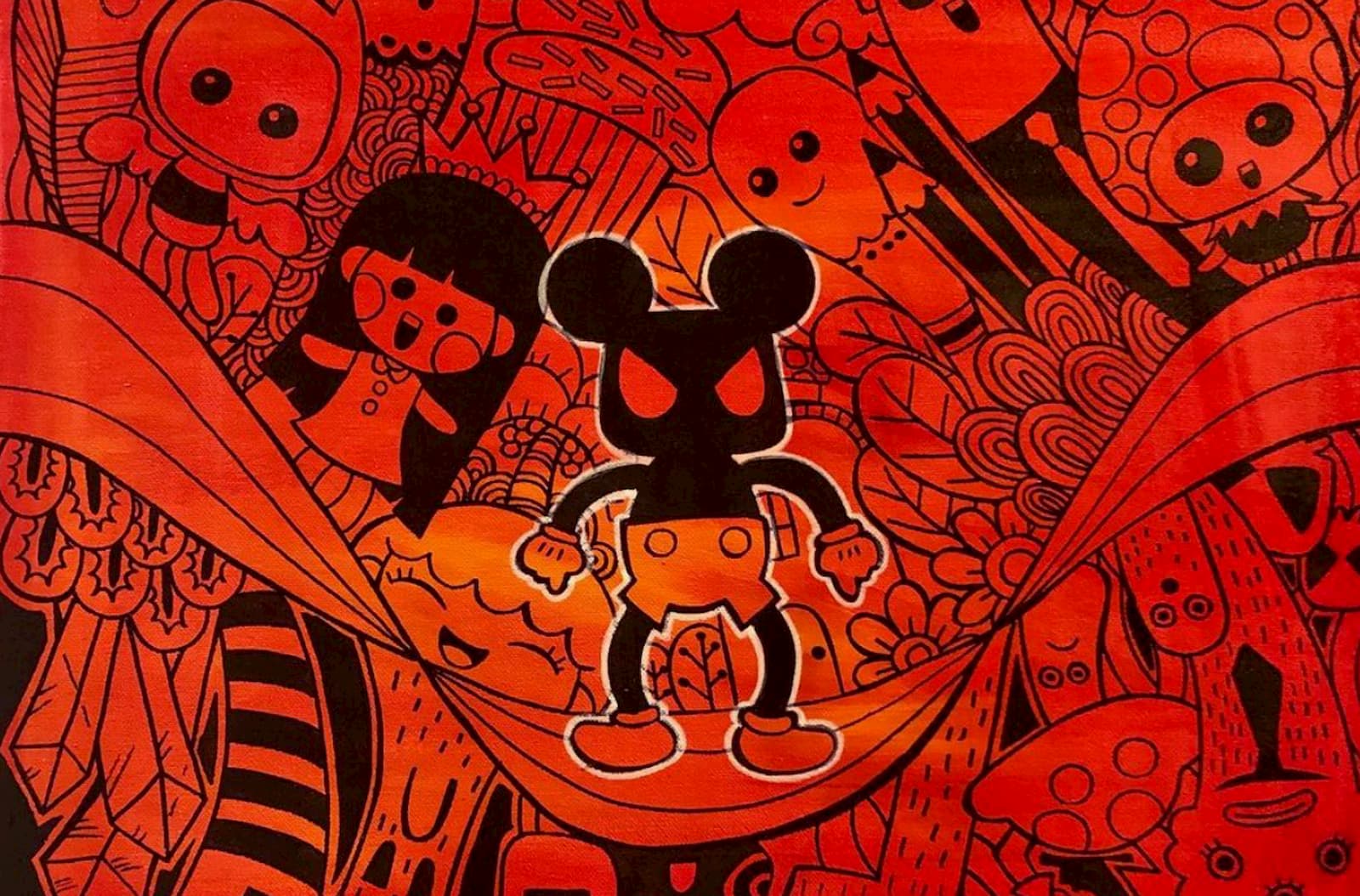 “That made me realize that many people are interested in my comics, so I started to concentrate more on the characters I have and draw more comics and stories that most people can relate to and not only my friends,” she added.

However, Kholoud never let social media following affect her project, as she believed that it was all about the joy of sharing art, and not exactly about the numbers.

“Whatever you’re posting online do it for your own joy and be yourself. Don’t think about the numbers of followers. This will come later when people like your content,” she said.

“When I draw something, I like to post it online, and if it makes even one person laugh, I feel happy. I believe that we can tell people great messages indirectly through funny comics and jokes,” she added. 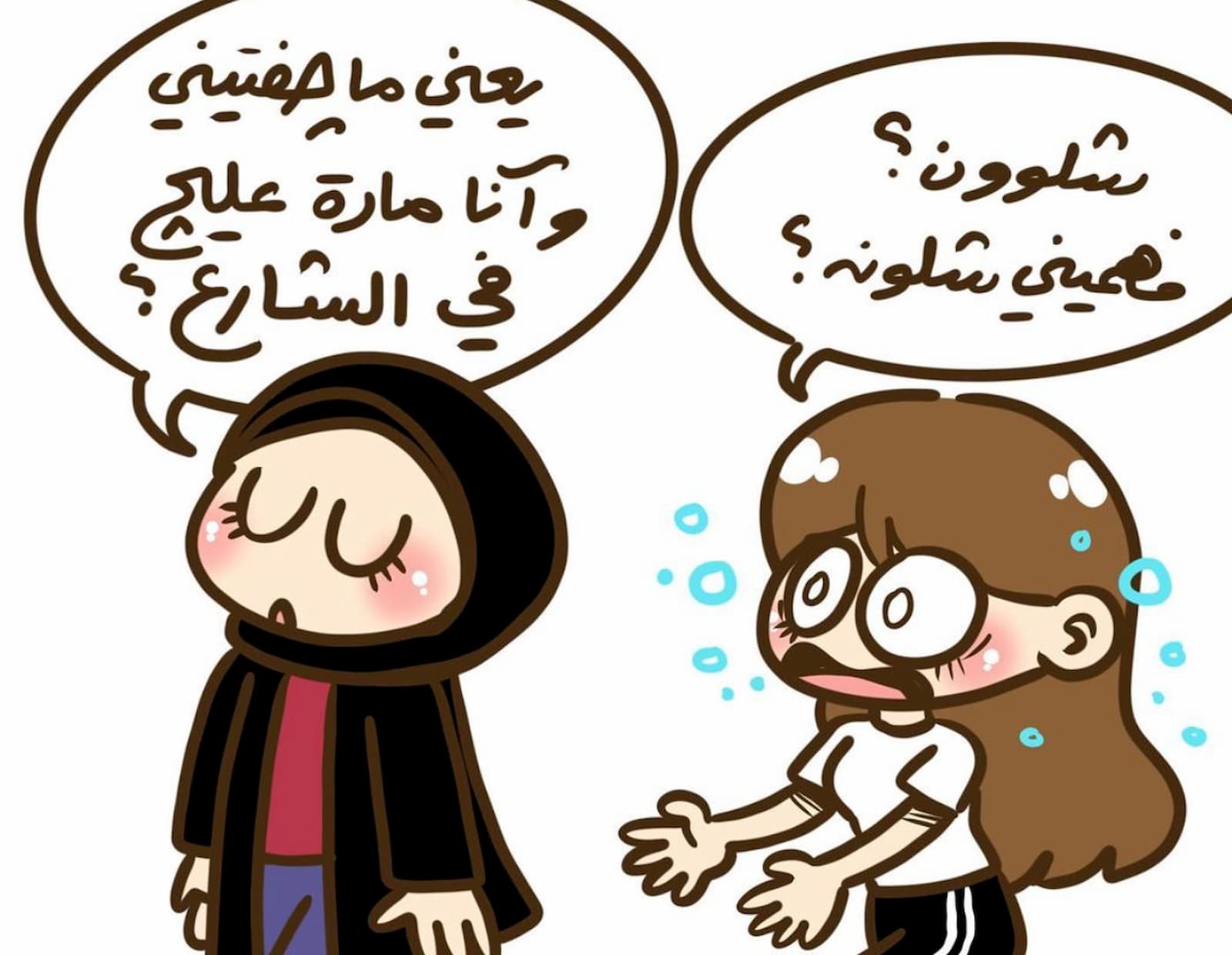 Kholoud doesn’t restrict herself to one type of art, rather she explores between a variety of forms. She’s been into drawing, painting, creating comics, and also scriptwriting.

She started her own animation studio with her friend, named “Blue Penguin Animation.”

Now, she has started to write children’s books.

“Art is my passion and I like to try new things from time to time, so you will find me drawing one day and writing a film script the other day,” she highlighted.

Kholoud mentioned that she’s been an artist since she was a kid. She began drawing ever since she learned how to hold pens, and she hasn’t stopped until today.

However, she improved her ways a lot and she used different styles over time.

“It all started from drawing on my bedroom wall and my mom’s college notebooks,” she recalled adding that now she’s started to use the iPad .

“I began to see myself as a professional artist when I finished my college and worked on the children’s page in a local newspaper for a year,” Kholoud mentioned. “I used to write and draw everything for the weekly page.” 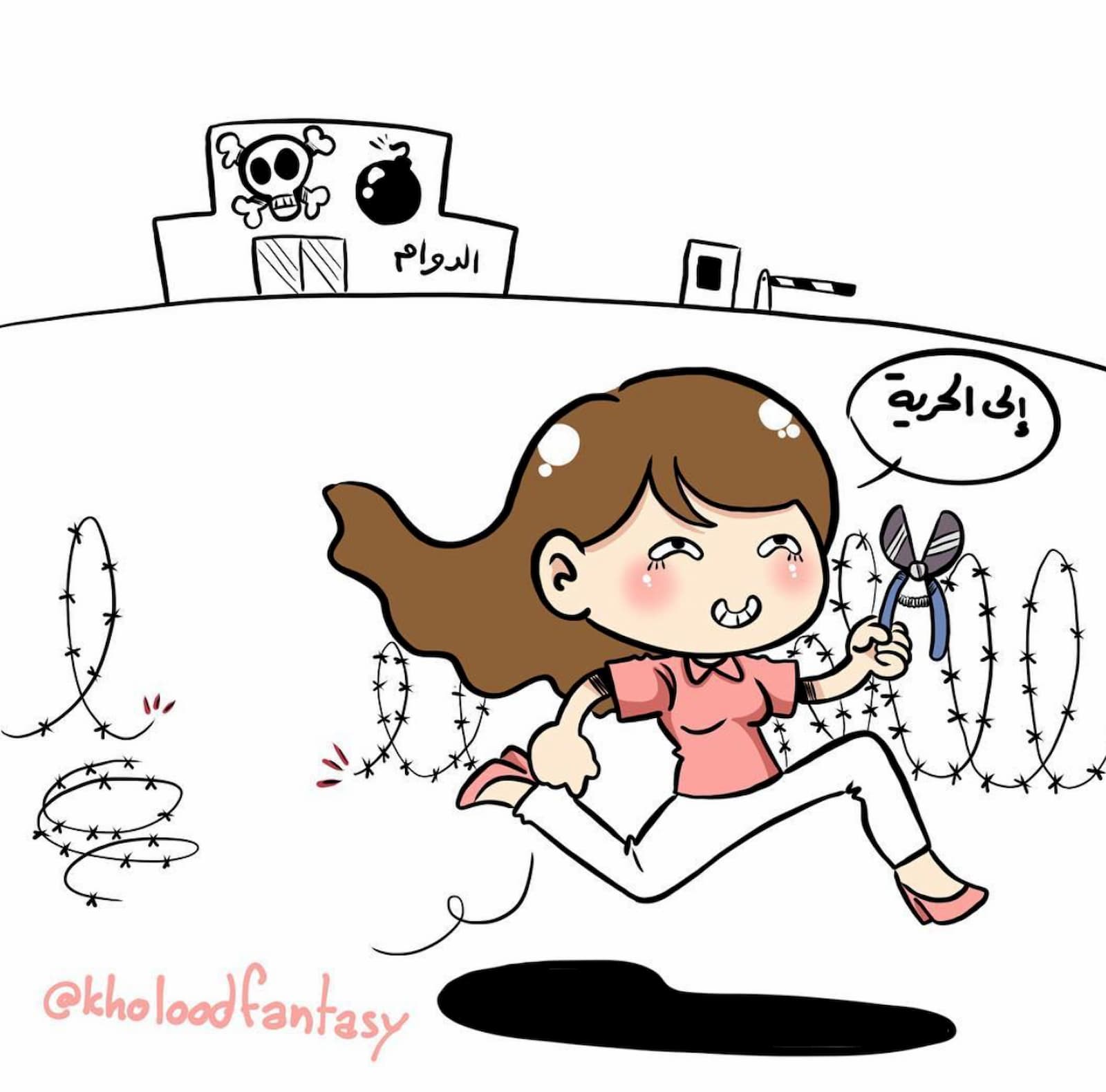 Kholoud got her first award when she was in her middle school, from The Gulf Airline, as she won four tickets to USA and Disney Land in Florida.

Kholoud gets her inspiration from her daily life. Whenever she finds herself in a funny situation, she creates a comic centered on it. 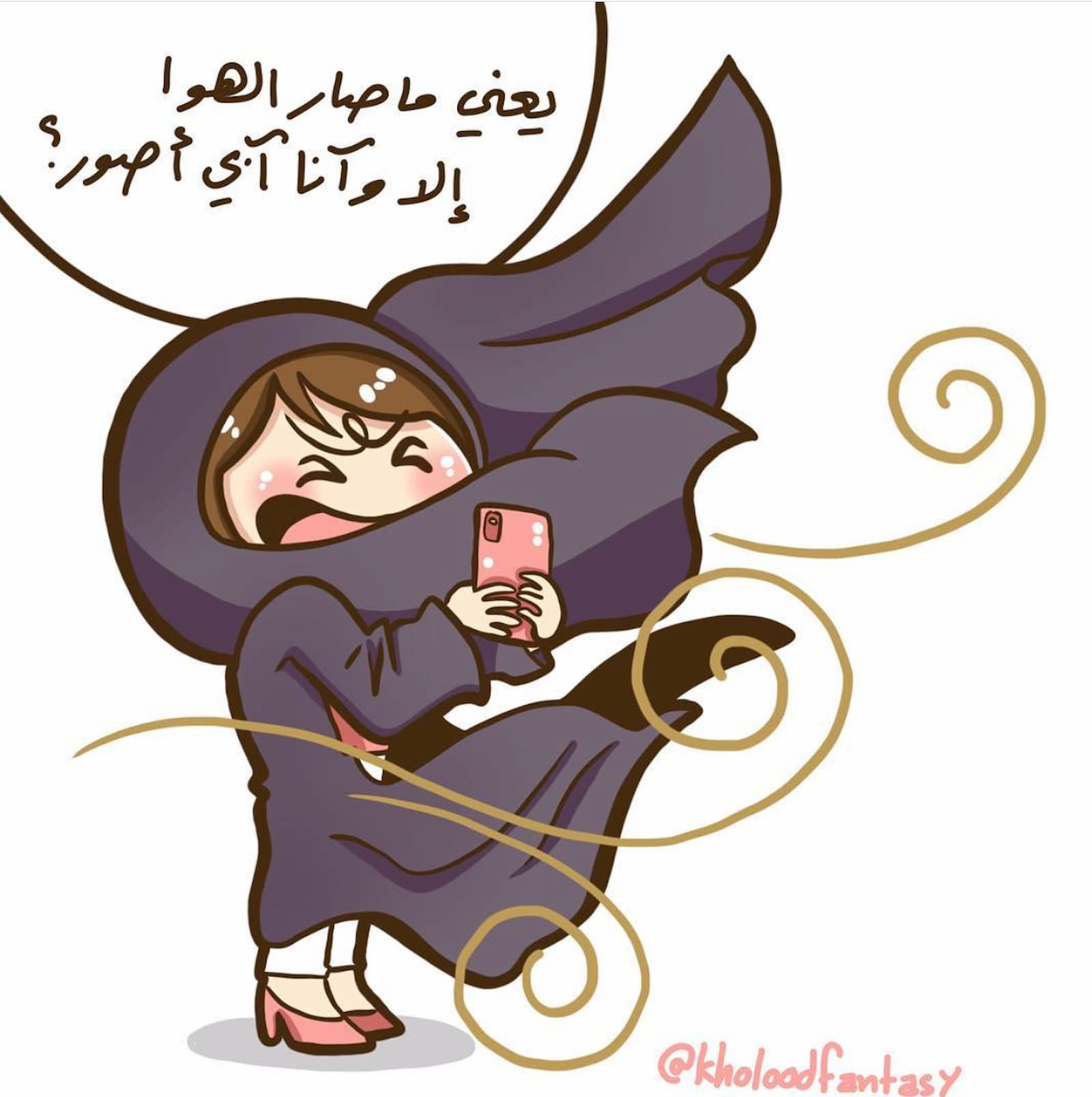 Kholoud was fully supported by her family since she started her journey.

“ I love how supportive they [my family] are since I was a little kid with the number of books and art supplies, they provided me with. In every exhibition I participated in they were always there.”

Kholoud concluded that everyone should do what they love and not think of money, because money will follow from the success.

To know more about Kholoud and her project, you can check her on her Instagram: @Kholoodfantasy