Qatar doesn’t have to be proud over its wealth alone. It can also be proud of some of the most influential people that it has come up with.

There are hundreds of talented, popular and intelligent people in Qatar. However, with great difficulty we have come up with 10 of them.

Not only is he the youngest reigning monarch in the GCC countries as of 2013, he also has shed a new light on Qatar. He’s the fourth son of the previous Emir of Qatar, Sheikh Hamad bin Khalifa Al-Thani. He was educated in England and under his leadership, the country has been growing bigger and richer.

Mother of the present Emir of Qatar and the second wife of the former Emir, Sheikha Moza has been a very influential person. She was the driving force behind the Education City and the children’s channel of Al-Jazeera. She’s also named as one of Forbes’ 100 most powerful women in the world.

He was the first player in Qatar to earn the title of grand master and is considered as the highest ranked player in the country. He has won the gold medal twice in the Chess Olympiad and also has won the Arab Chess Championship four times. His wife, Zhu Chen is also a grandmaster who plays for Qatar.

Born as a Kenyan, he became an adopted Qatari in 2003. He’s one of Qatar’s best long distance runners. He’s a two time Asian champion in the 10,000m and he holds his very own Asian record at 26:38.76 minutes. He has represented Qatar in many sporting events including IAAF World Championships in Athletics.

He’s a retired Qatari sprinter who used to take part mainly in the 100m. He also holds the Asian record for 60m at 6.51 seconds.

One of the biggest names in R&B Hip Hop religious music, Al-Khubaisi is a famous name among the GCC countries. He has thousands of fans who follow him on twitter and his YouTube channel and who ardently love his music.

Trained as a nurse, Nada chose a different career for herself. She is one of Qatar’s best archers and also is the only female rally driver in the entire Arab world. Although she’s retired from archery due to injury, she has always loved to return back to competitive rallying.

She ‘s only 17 years old and the first female from Qatar to take part in the 2012 Olympics Games (London Games), and shot to fame due to this very reason. Although she couldn’t complete her event at the London Olympics, she’s expected to return to the track in the 2016 Olympics.

When he was 5 years old, Al-Ansari appeared in TV for the first time on a children’s show called “Ya Hala”. Since then he has been very interested in acting. He has acted in a show called “Dohat Al-Asdika” which ran for 9 years in a local channel. He was also the main character in a play that was acted out at the opening ceremony of the 15th Asian Games.

The above are just a few from the countless famous faces in Qatar. Do you have any personal favourite that we’ve missed out? If so, comment below.

By surajdilruk• 4 years 10 months ago.

Anyhow, where are the famous Qatari scientists??

The most "famous" Qatari is Sheikh Qassim who fought the Turkish at the Battle of Wajba. He is even mentioned in the Turkish history records. He is considered the founder of the State of Qatar. No sportsman can beat that!

yup, other than the royal folk, al-attiyah is the one who is world famous...never heard of the others, although i'm almost sure i've seen that Khubaisi dude somewhere...

You forgot the Former Emir, father of Sheikh Tamim. 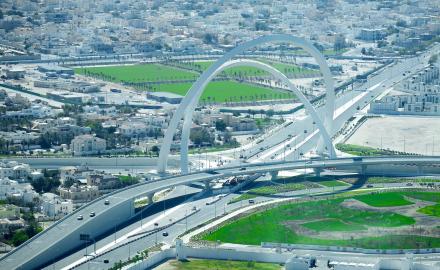