17-year-old, Jack Daly who founded 8bitCADE says he had a keen interest in anything electronic since he was young.

He also had a strong passion for design, programming, electronics and for retro games and consoles as he was growing up.

With this desire, Jack turned his dreams to reality by designing an arcade machine with a twist. The casing of this machine was made of recycled coffee grounds.

For this project, Jack partnered with an international coffee brand.

This is in addition to several other mini projects that he worked on earlier.

“During my early stages of learning Arduino, I tinkered with a range of mini-projects. From a machine which gave gifts to young children if they solved math problems, to a smart fish tank system that maintained your tank and feed your fish,” Jack recalled.

“I have also dabbled in educational courses. I have helped deliver robotics and electronics courses using Arduino, a “Build Your Own Arcade Machine Course” (in which the arcade machine was designed by myself and a colleague beforehand) and published my own Udemy course online,” he mentioned.

Jack has been working hard to train himself to be well-prepared for his university life by building a good portfolio. He organizes his time between his studies and his passion.

“When u go to a job, you say this is what I have done, and this is my capability. So, when I go to university, I can show them what I have done. They are not looking for people who are academically strong but some creative designers, who can learn the skills at the university then can apply that,” he commented.

Jack’s latest project is 8BitCADE original, which he kick-started in 2019, when he was only 16.

“I have been developing the 8BitCADE XL for 6 months, which couldn't have been achieved without the superb kindness and guidance of the Arduboy Community,” Jack said.

"The 8BitCADE spark begun in 2019, when I was 16, with the 8BitCADE original. This was a small handheld gaming console that was used to run a short after school activity at my school - driven by myself and a colleague. It was used to educate students about product design, electronics, programming, and PCB design,” Jack described.

After Jack received student feedback and based on his own experience, he realized a couple of core things needed to be updated with his existing design.

The screen size needed to be enlarged, the casing had to be made more comfortable and the addition of a memory chip to store more of the phenomenal games that the Arduboy Community had created.

Jack mentioned that the Arduboy Community supported him so much to make all those updates achievable.

“Luckily, this was all achievable due to open source work that key members of the Arduboy community had been doing,” he said.

“The community has talented people coming together to openly share knowledge and skills and these people give up all their free time to support each other,” he added.

Using their forums, Jack said he learned so much about, hardware configuration, how to integrate memory chips and use utilities to load game images.

Jack decided to enhance the learning potential of the 8BitCADE XL, and create the website 8BitCADE.com, to allow students to access the learning resources on their own accord.

Jack’s father was a core drive behind his passion and grit in design and electronics, as he is a design and technology teacher who started in the automotive industry.

“After school, I would wait at my dad’s school workshop and be surrounded by design and electronics, helping out my father any chance I could to be even more submerged in the subject,” Jack mentioned.

“My father loves Arduboy, respects the community and felt that we could all learn so much from the community but more importantly, be able to pass this on to our local community through workshops, clubs, and the school curriculum,” he said.

Jack has a shared design area in his house in Qatar, designated for schoolwork and all his design and prototyping work, containing soldering stations, reflow oven, oscilloscopes, and all his electronic components.

“I also have a small room for machining, often remarked to by my family as the maker studio! It contains machines like 3D printers and CNC milling,” he revealed.

“While it is not a complete, full-fledged, workshop, I am very fortunate to have the tools and machines I have that allow me to work on a broad range of projects,” he mentioned.

Jack made it easier for every maker who wants to get involved in electronics and robotics with the 8Bit toolbox. This contains all of his favorite tools. This cool little toolbox can be ordered with your 8BitCADE XL on Kickstarter.

“With this 8Bit toolbox, you will have all of the tools you need to start your 8BitCADE XL project - or any electronic project for that matter,” he said. 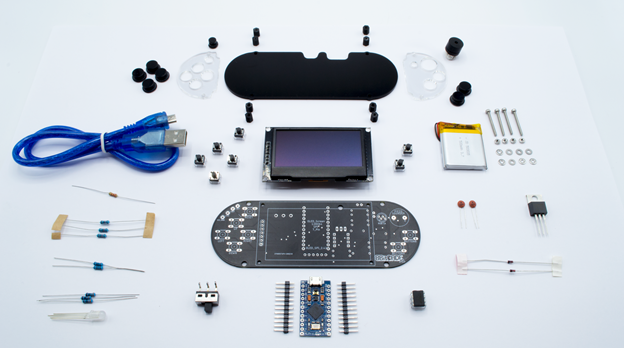 What makes 8BitCADE XL different from some other handheld retro games consoles we see sold nowadays is that the conventional consoles have small screens and few games, limiting your game time to about 30 minutes at most.

However, with the 8BitCADE XL’s 16MB memory chip, it will be able to store up to 500 games and experience them on its 2.42-inch screen.

Its pocket-sized form factor grants easy portability and will survive up to 10+ hours of continuous gaming.

Jack is trying to work on many things in his project 8BitCADE. He is focusing on the launch of the 8BitCADE XL.

However, his future plans involve finalizing the next generation of the 8BitCADE XL for the Kickstarter backers, continue work on the 8BitCADE website, educational resources and more, and the development and testing of the 8BitCADE color.

Jack reflected his experience with COVID-19 in a very positive way, as he was able to spend more time working and learning new stuff related to his passion and his project.

“We forgot to appreciate time and to sit indoors, the lockdown was so good to me. A lot of people used to watch Netflix and doing nothing but instead of that I tried to work on my project,” he said.

He was able to improve his skills, and learn new things besides his academics.

“I think a lot of people are too dependent on school, and let's say if the school system disappeared or crashed, a lot of people would not know how to learn or how to make money or to access anything in the country,” he underlined.

Jack advises all the people in his age to always ground themselves, and to be humble, but never doubt themselves.

“I used to doubt myself a lot, especially when I started off. I used to say I am only 16 years old, am I capable of delivering a product.” 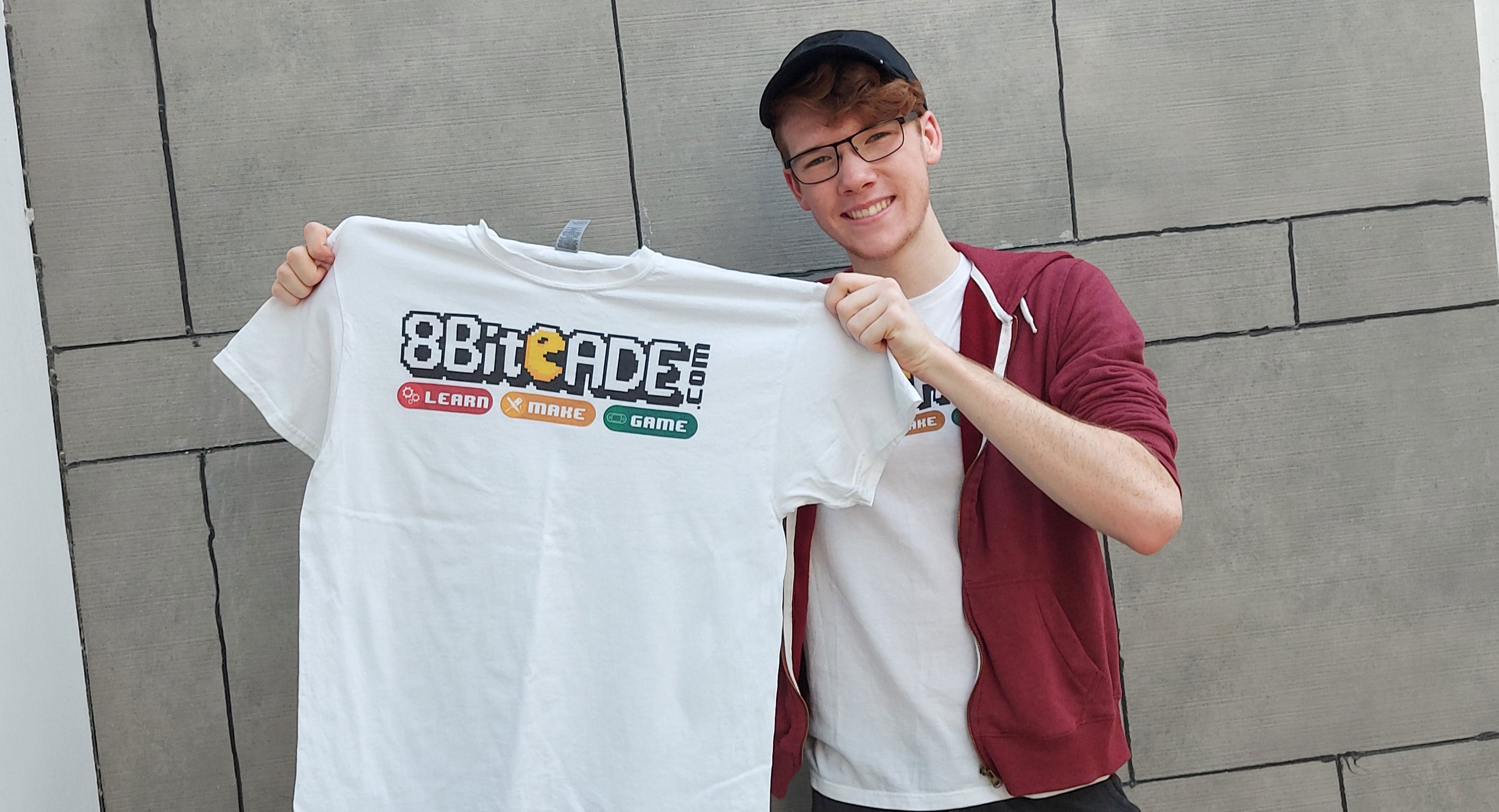 “You can sit and say it will not work, or you could sit and make it work,” he said.

Here's a list of all social platforms for 8BitCADE: 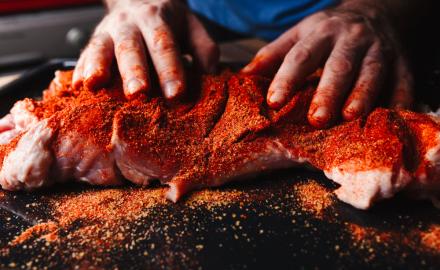