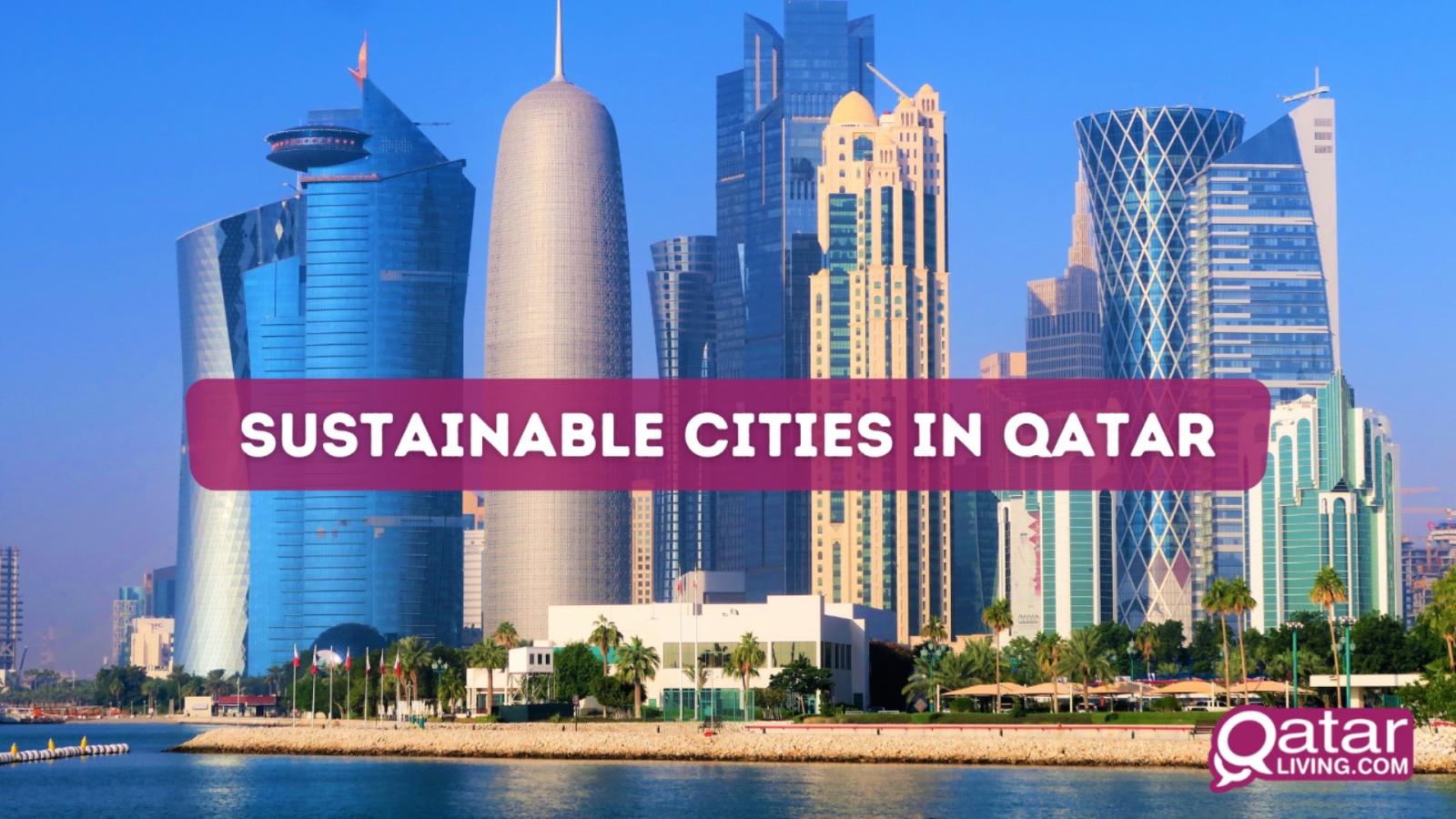 The sustainable city, also known as an eco-city or green city, is one that has been planned taking into account the social, economic, and environmental effects as well as providing a resilient habitat for the current population, all without compromising the ability of future generations to experience the same.

Qatar is home to three sustainable cities mentioned below:

The world's first sustainable downtown revitalization project is Msheireb Downtown, which is particularly noteworthy. Near the Hamad International Airport and in the middle of two major entryways to the city, Msheireb Downtown Doha is ideally situated in the center of Doha, Qatar's ambitious and booming capital city.

Msheireb Downtown is reducing traffic grid congestion and carbon emissions by reducing the demand for personal automobile use. With more than 5,200 photovoltaic (PV) solar panels that produce both electricity and hot water, the district was built with sustainable water conservation in mind. These innovative technologies and practices are lowering water use by up to 30%.

A hub for the network, the Msheireb metro station shuttles passengers across the city and ultimately football fans for the World Cup in 2022. Additionally, a tram system that surrounds the whole Downtown region would transport people between various locations on the site, thereby reducing the need for cars in the city.

The first sustainable downtown redevelopment project in the world, Msheireb Downtown Doha boasts one of the greatest concentrations of LEED (Leadership in Energy and Environmental Design) certified sustainable buildings. All buildings are aiming for LEED Gold certification with a 32 percent energy savings objective, while some structures are aiming for LEED Platinum.

The layout of the streets in Msheireb is intended to draw cool breezes from the Gulf and shield the majority of pedestrian paths from the blazing heat. Buildings are grouped together to provide shade for one another and are painted a light color to need less cooling. 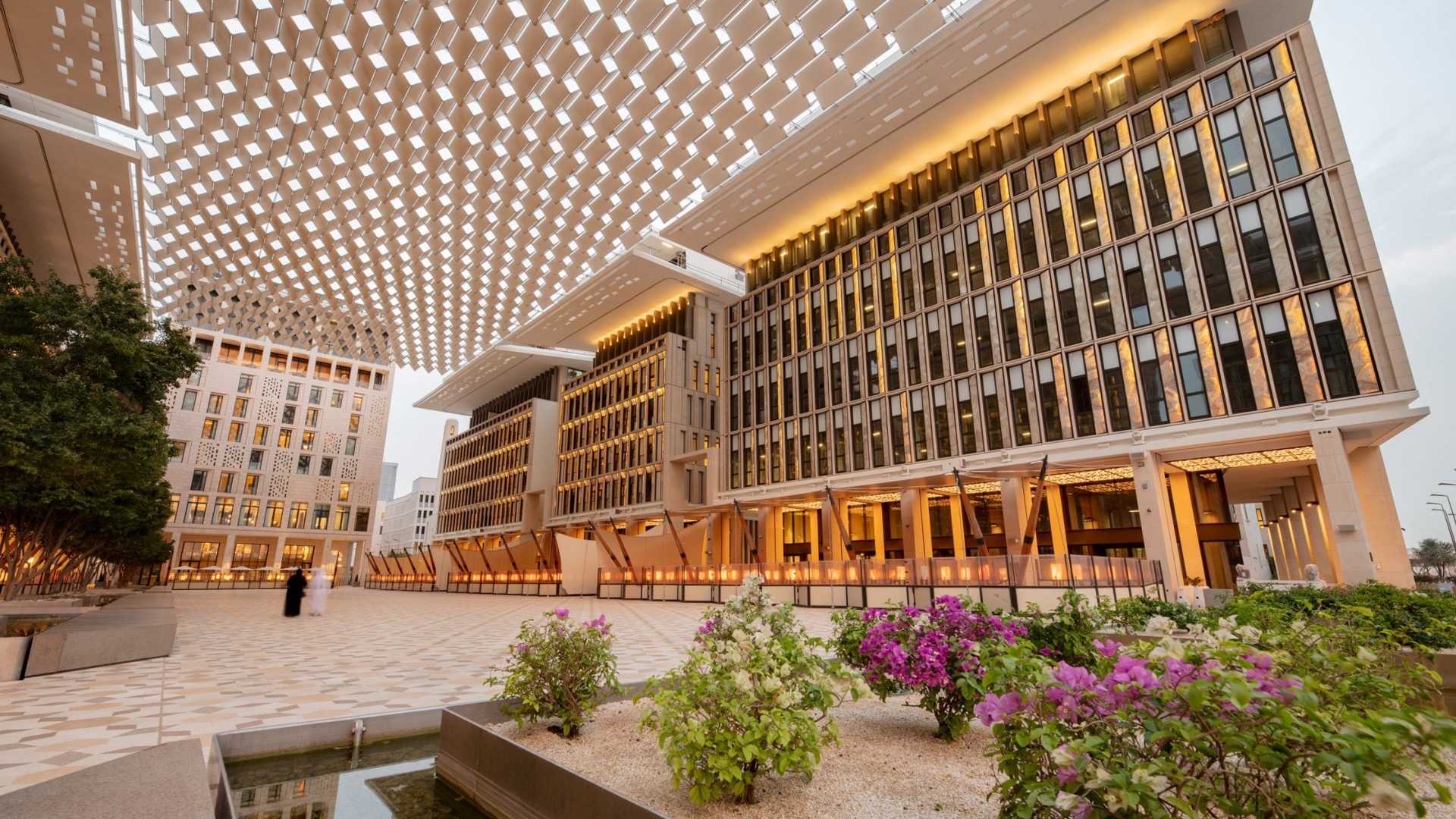 As Qatar's first and biggest sustainable metropolis, Lusail City has bold, ground-breaking ideas that support every aspect of the country's National Vision. By incorporating cutting-edge concepts that include sustainability principles into the center of the city planning, Lusail goes beyond the typical concept of a contemporary metropolis.

A cutting-edge District Cooling System, one of the largest in the world and built to save 65 million tons of CO2 annually, is present in Lusail City. Additionally, the city has a light rail system, a park and ride program, and a network of cycling and pedestrian paths that offer dependable and environmentally friendly transit options.

Every plot in the entire city of Lusail is connected to the Natural Gas Network by the Gas Network, which reduces the need for power, especially for household cooking and all sizable public entertainment and dining establishments.

The source segregation of two waste fractions, wet and dry waste, is intended and executed in addition to conventional trash collection to enable national treatment facilities. There will be about 420 tons of organic waste that could be burned and 310 tons that could be recycled.

The sewage treatment facility in Lusail has been built such that all cleaned gray water would be repurposed for irrigation. It is a cutting-edge wastewater treatment facility built on a small platform to serve Lusail Development and the Pearl-Qatar, Leqtaifiya lagoon. It uses the most recent submerged Membrane Bio-reactor technology with immersed hollow fiber membranes to provide the highest standards in wastewater treatment and sustainable environmental solutions.

Smart city concept has been created to provide Lusail inhabitants and tourists with state-of-the-art internal security services as well as the integration of smart metering, smart grid, and integrated traffic control systems across the city. Additionally, the capacity to fully automate homes and workplaces in Lusail will contribute to the operation of the most effective Building Management System (BMS) for every building in Lusail City. 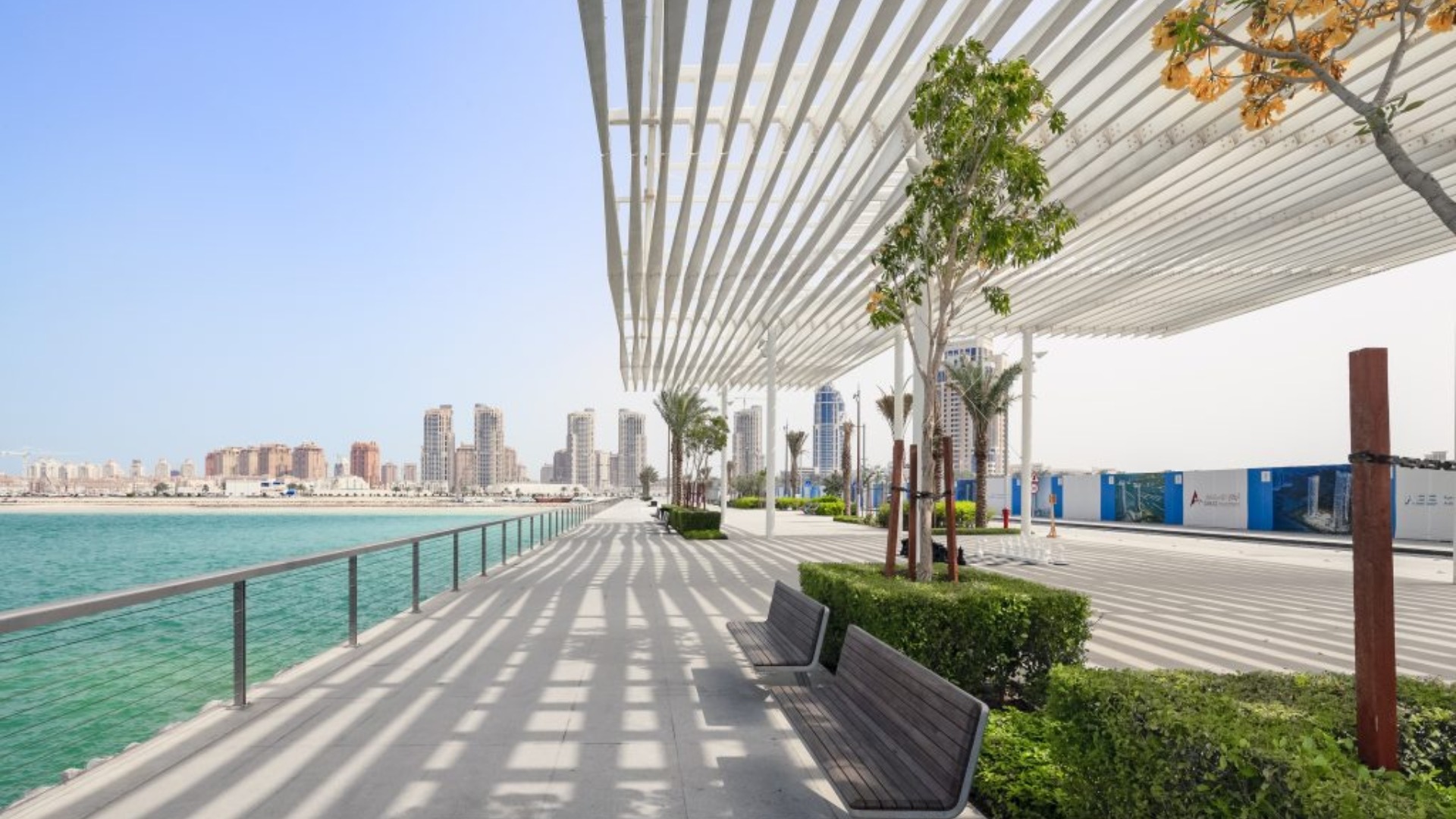 The Education City of Qatar Foundation (QF) is an outstanding illustration of how sustainability and green construction techniques can change a space for the benefit of both the environment and people.

In Education City, there are several public places, but none are as distinctive as Oxygen Park, a huge 130,000 sq. m green area built close to the Hamad Bin Khalifa University Student Centre.

In contrast to the everyday grind of academic and professional life, Oxygen Park is intended to be a shade-rich, green lung on campus that shows the potential of native and adaptable planting as well as water-efficiency. More than a hundred plant species, including local ones like the Arabic Gum, Ghaf, Samar, Salam, and Sidra trees, may be found in its sculptured gardens.

The West Green Spine in Education City is a 54,000 square meter park that includes a basketball, volleyball, and football court, as well as areas for leisure, exercise, and family fun.

In the near future, Qatar Foundation intends to significantly reduce the number of automobiles on the whole campus of Education City. A cutting-edge 11.5km tramway is being constructed in Education City to carry students, workers, and tourists across the area. There will be 19 trams operating along it, each 27 meters long and divided into three portions specifically made for Qatar's hot climate.

To combat the excessive heat, the trams will have powerful air conditioning units and protective sun blinds on the roof. Students have the choice to cycle or stroll through secure areas between buildings up until the tramway opens, allowing them to take advantage of the outdoors in fair weather.

The continuous transformation of Education City into a destination for leisure, education, and wellbeing points the way to a greener and more sustainable Qatar and exemplifies how sustainability concepts may be applied practically to enhance the day-to-day existence of actual communities. 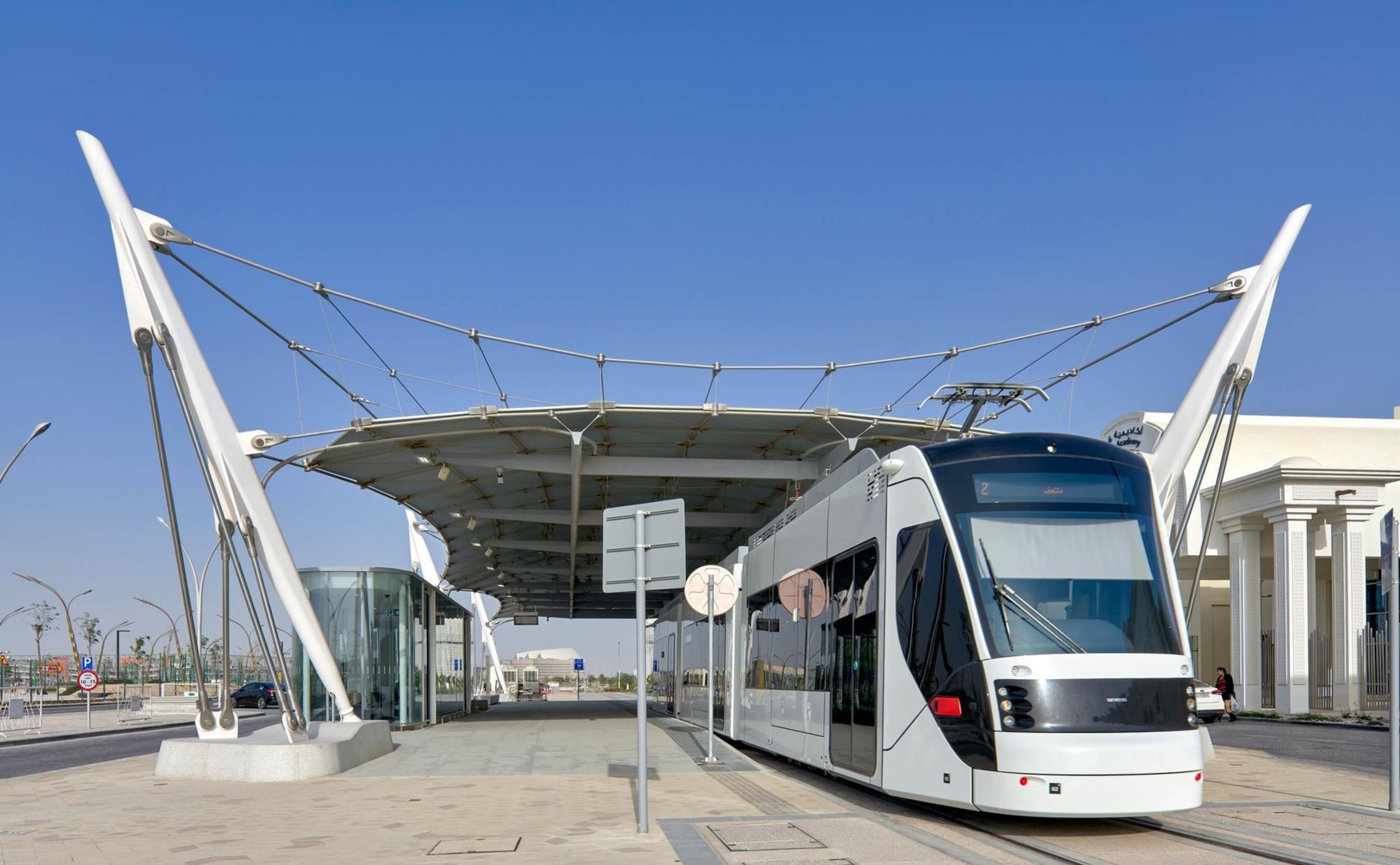 By Qatar Living·1·1 month 3 days ago
Right from a pin to a variety of unique furniture, Dragon Mart has it all. Visit Dragon mart this Eid Al Adha 2022 and shop to your heart's delight.

By Qatar Living·0·1 month 4 days ago
Wondering where to buy the best fruit cakes in Qatar? Here are some of the best places you can get fruit cakes from.

By Qatar Living·0·1 month 1 hour ago
The Al Wakra Central Market offers livestock and fodder, in addition to a variety of traditional items, fruits & vegetables, accessories, and so much more!
Post to Forum
Sponsored Posts 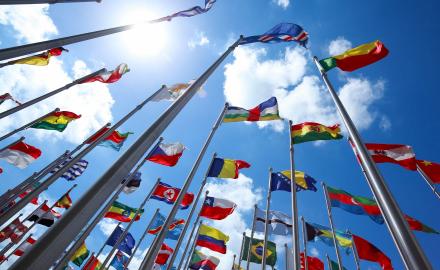 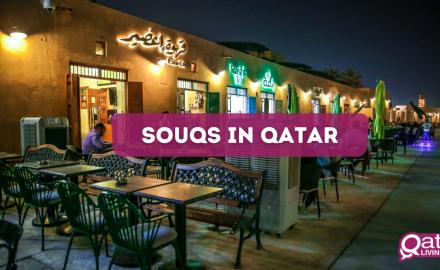 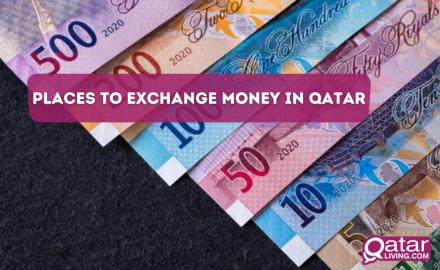 Places to exchange money in Qatar