Cars with sale stickers to get QR500 fine

Cars with sale stickers to get QR500 fine

DOHA: Doha Municipality has announced a major crackdown against car owners who put stickers on their vehicles saying they are for sale.

Used cars or other vehicles can only be put on display for sale at an authorised showroom or at a licensed auction yard, the Municipality has said.

Civic inspectors and traffic department personnel are closely coordinating to jointly keep an eye on such vehicles, as also on those abandoned on the roadside or in open places by their owners. Used cars that are for sale should be taken to an authorised showroom and not parked on the roadside or left in other public places with stickers announcing sale, said Ali Nasser Al Hajri, from Doha Municipality’s Motoring Department.

One of the disadvantages of selling vehicles using stickers is that there is no accountability in case of a dispute between the buyer and seller, he said. Transactions taking place through licensed outlets like a showroom are transparent and involve accountability. The showroom takes responsibility if there are problems.

Moreover, cars on offer for sale through stickers, as also those abandoned by their owners, are left parked on the roadside or littered around in open spaces, and many a time it is found that some of their spare parts are missing. People, in fact, try to avoid paying commission to showrooms and thus want to find buyers directly, Al Hajri told Al Sharq.

Such cars can be seen parked in large numbers in the parking lots of major shopping complexes or on the roads close to these facilities. “You can see more and more cars with stickers in their rear windows announcing sale with mobile numbers of owners written, before the start of the long summer break year after year as many people want to dispose of their cars before going on long vacations,” the official said.

Such vehicles will be singled out and the owners will be intimated about the first time violation and fine, and warned that they should not repeat the violation.

If the violation is repeated the vehicle would be towed away and fined QR5,000.

This doens't seem like promoting the used car dealers, nor it is against advetisement on website or classified, rather the cars that look abondoned in the public places and taking the parking spots!

By poymaasin• 9 years 1 month ago.

if you have wasta then no BROBLEM =)

They can catch a lot of for sale cars along al waab st. Near villagio :)

ishtar do you have no pity for the poor showroom owners? How will they survive if people starting selling cars person to person without a 30% mark up inbetween?

What about their children? How can they afford to send them to University in the US or UK without a megre income they get from acting as the middle man.

For too long this unregulated industry has lead to prositution and crime among Qatari youth and now it will stop.

Petrol Station beside LANDMARK, you'll find around 30 different kind of vehicles with STICKERS FOR SALE!!!!! Till today you'll see them! WHERE IS THE LAW??????

.....cars through showrooms are transparent and the showroom is accountable!! Unless they are these pre certified cars from BMW, Mercedes etc, I wouldn't trust a used car from these unrecognized used car dealers in Salwa road and others.

A key to a good used car buy is knowing your seller. With a middleman in, this is lost and I do not see any value in paying their mark up. For those who know their cars, they'd like to deal directly with the seller.

As for advt on cars, I thought it would a disturbance to other motorists on the road and hence the rule.

Valid Point Kareena, May be the Moderators of Qatar Living should make it clear if it ok to sell cars on QL or not as QL is not an authorised Agent?

Let them first enforce the traffic law and stop waiving tickets for people with connections, and then they can start taking care of stupid issues like the one in the above article.

If this is the biggest issue in their opinion that means they have a problem. When land cruisers stop treating the sidewalks as main roads and stop using the emergency lane is a regular lane and stop cutting you off without signaling and stop high beaming you, then they can handle the used cars problem.

thanks and welcome back one more time

Nothing but supporting the car showrooms which put insane profit rates on second hand cars.

So it means we can't even advertise on any blogs either? Qatarliving or Qatarsale or in the newspaper? If we want to sell our car, is that the only way to go? Go to an agent?

Great work by the Qatar Authorities, people selling cars privatley is one of the most henious crimes of the 21st Century. Denying poor showroom owners a % of the profit means these honest hard working people go without income and their familes without food.

Those that put stickers on their car should be stoned to death. A mere fine is too lienent.

By Qatar Living·0·6 days 19 hours ago
This summer 2022, try out the most trending ice creams in Qatar. Check out the ones listed here!

By QLNews·0·1 week 14 hours ago
Guidelines for the upcoming Eid vacations by Hamad International Airport to ensure a smooth travel experience through the airport.

By eShops·0·1 week 15 hours ago
Scented candles, custom candles, or vegan candles, find all from these stores in Qatar

By Qatar Living·0·6 days 20 hours ago
Communication is important, and this is especially true when it comes to the workplace. One of the most significant ways for colleagues to communicate is through email. 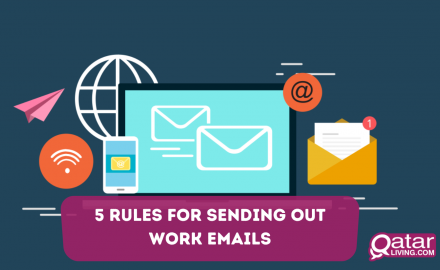 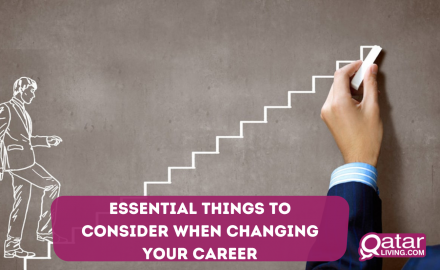