Hi all,
I have been drinking alcohol at bar with colleague so we have to go home so I am the only driver at that time I decided to drive I am in a very decent state so drive the car. When we reached near to our house suddenly a car stopped in front of our car I didn't notice a Qatari came in front of our car I just over take him in a very decent way but he start chasing us so again just few miles after he again come infront of us so I decided to stop the car so once we stopped that Qatari guy start yelling on us that how you are driving you are crossing the speed limits and all so I told him again in a very decent way that sir if we are crossing the speed limit then defiantly we will caught in radar so for that we will get a plenty then why you are angry on us. That guy still yelling on us and start making video of us and start gathering some other people who's passing near to us in short he is not listening to us he called the traffic police and even that time I apologies him sir I am sorry I we done something wrong then we are sorry for that we are just near to our house please let us go home but still he is not listening after all the traffic police came so as we don't know Arabic he talked with police in Arabic what ever he talked we don't know but suddenly a police man came to me and ask me are you drunk so I don't lie I told him yes sir I have couple of glass of alcohol so he said OK no problem just stay in your car. I keep stay in my car. Suddenly that police man again came and take my I.D, Licence and key of my car and told me to sit in his car I said OK no problem. They take me to the traffic police station and keep me in presion in night one police man came he take me to the hospital or where ever just to take blood samples I go with him give the samples and came back in presion. I ask them why you are keeping me here so they told just call your mandop to come and bail you out. I called my mandop and in morning he baild me out. The police man gave me a day after tomorrow time to come for a session of court I said OK. The day after tomorrow I come and they ask me few questions like what you drink and in how much quantity. I answered the question. They take a print out and say me to sign it I what is written on that so he told me it's just the questions what they ask to me so I signed it and after that they told me to go home and take your car after one month I asked why one month so he answered me if you want it early you can go to a traffic court and ask them for a NOC if they give you then there is no issue for them to release the car. I go to the traffic court today but they said they will not release it just because my car is in jail and if you want just came after one month. I said OK and come home. The reason of sharing the story is that I and worried, worried about my self some body told me that they will deport me back to my country somebody told me they will send you in presion some body told me they will punish me some body told me they will give me a plenty some body told me the court will call you and you have to face the judge all from them I get worried. So please just help me out that what next they gonna do with me and my car. I am waiting for your answer.

By goodlittleboy• 3 months 3 hours ago.

Since the matter is already with the police, your case will go to the Sharia Court. The Court will then decide the future actions. You may face imprisonment and a fine. The court may order you to be deported once you complete your imprisonment. It is also a possibility that you may be spared the imprisonment and just ordered you be deported..

The long story you have stated in your post is just rubbish. I guess your car was swerving on the road as you were totally drunk. The person who stopped you from continuing to drive was a good citizen as he noticed your car swerving and realized you were drunk. You could have killed someone in the state you were in. .

By QLSports·0·4 days 7 hours ago
The Al Rayyan Stadium will host the Amir Cup 2020 final between Al Sadd and Al Arabi on December 18.

By Qatar Living·0·4 days 23 hours ago
Qatar Living speaks to trained chef, motivational speaker and writer, Anahi Brown, to learn more about her story dealing with depression and how she started to help other women by coaching them.

By Qatar Living·1·6 days 13 hours ago
These apps are certain to make your life easier when living in Qatar.

By QL Videos·0·3 days 4 hours ago
While there may be several other luxury and sports cars that catch your eye, you may wonder what it is about the Land Cruiser that makes it a popular pick by many in Qatar?

By QLSports·0·5 days 2 hours ago
The FIBA 3x3 World Tour Doha Masters 2020 ended on a high-octane note on Saturday night at the Al Gharafa Sports Complex with Riga’s Karlis Lasmanis hitting an impossible buzzer-beater to earn his Latvian team the tournament's title on what was a fantastic night.

By Qatar Living·1·1 week 3 days ago
The findings of the coronavirus research in relation to prevalence show fascinating results.

By Qatar Living·1·2 months 4 days ago
Known for delivering a unique combination of value, freshness, and quality to customers, FFC launched its online delivery platform in June 2020 and has since garnered a steady stream of regular and loyal customers.
Post to Forum
Sponsored Posts 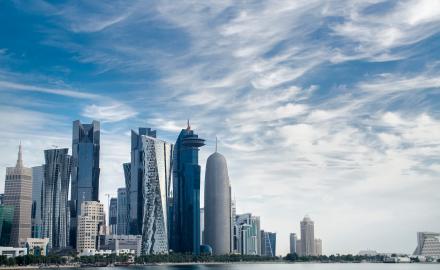 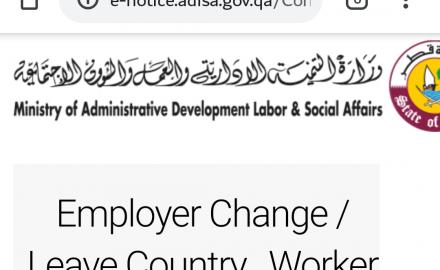 Company change not accept in the passport office!!