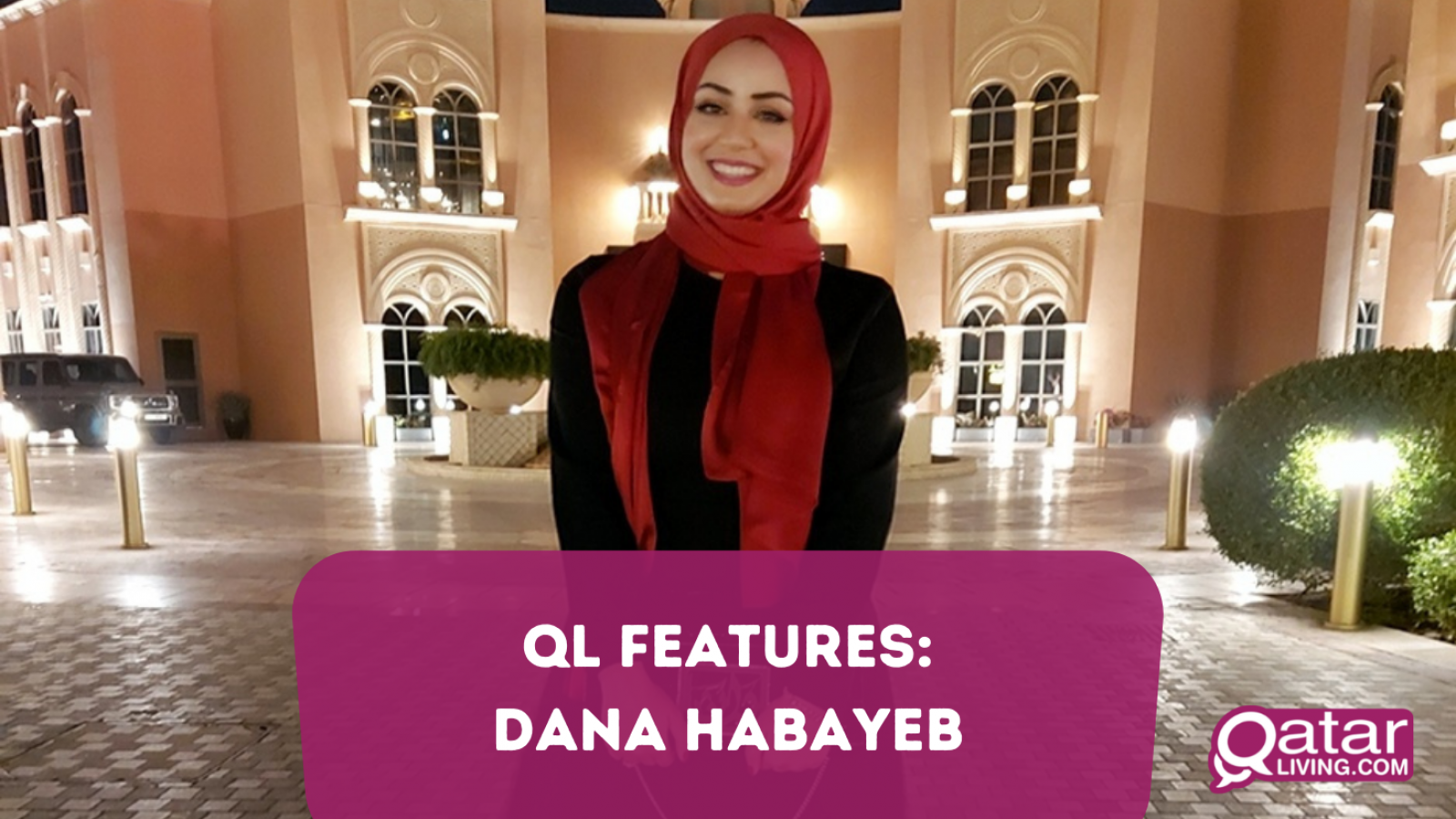 When we saw a post on LinkedIn go viral on life as an expat in Qatar, we knew she was something special. Little did we know that the lady we know as Dana is Bananas has struck the cord on LinkedIn as well and roped in all the expats – as always – as we dove in with her and laughed about the many ‘firsts’ of #adulting

Dana found herself in Qatar right after she attained her master’s degree in Business Development and Marketing and found her first job at CNA-Q, where she believed she got lucky and set her roots in deep. It was soon after that Dana realized that there was a different path she wanted to be on and perhaps being an entrepreneur was what was meant for her. With her own digital media presence and a completely opposite off-camera nature, Dana found it difficult to network and felt like her social anxiety could not be managed and she may have to find a new purpose.

Who doesn’t get along with a little help from friends? As she obtained her license as a personal trainer, her friends pushed her out of her comfort zone and edged her on to combine her extensive knowledge in healthcare and her newly found passion as a trainer. What started as 2-3 people for personal training and an Insta profile that was catching on because she’d finally come forward and put a face to the brand, Dana eventually was able to pay off her student debts from her training!

With her personal training at an all-time high, Dana started meeting more people, her network grew organically and word got around and she started finding friends in her clients as well. Where she was initially confused about the Qatar Incubation Center and the hassle that comes with it, Dana found herself more inclined to start off again and to gain more knowledge from the people she was meeting. Alongside her training, Dana singlehandedly managed to start giving workshops on health & wellness, business development and personal branding via social media and realized that she was finally on a path that she had seen herself on years ago

Gearing up for the future: the entrepreneur life

Realizing that her forte was at consulting, Dana found herself building a family in Qatar. From the locals who would treat her like her own, the food that would come wrapped in boxes to the professional advice everyone was gracious enough to give, Dana found herself climbing the success ladder and associating herself with universities like QU, HBKU, and VCU and imparting wisdom on digital marketing.

With Dana’s positive vibe and the way she motivates you, you’d think this all happened in a series of months with not a single hiccup. The only time we actually saw her speak of her struggle would be when she spoke about being the General Manager for Balance Diet Center. Her Instagram page had caught the attention of the right people and she landed her first 2 Qatari employers and an experience she titles as the ‘learning curve’ of the business industry.

Dana then learned how to communicate in Arabic, just so she and her employers could be on the same page, and worked together to build, what we call, an empire. She worked with the team for six months pre-opening where she built the staff, the kitchen, recipes, meal memberships at a time when they weren’t as famous. With the word spreading quicker than ever, Dana got the opportunity to sit for an interview with BeIn Sports – where they simply couldn’t take her on-air because her Arabic wasn’t up to the required standard

If there’s something we learned about Dana from this journey is that every step is an opportunity for her. And what may be a warning sign for someone who has experienced social anxiety, Dana was on a mission to succeed. She hired herself a tutor, got more experience, and when Al Jazeera approached her for an interview, her first instinct was to run away. And that, she did. However, Al Jazeera persuaded her and she ultimately agreed to a live show – something she remembers as a confidence booster for her.

Word around town – Dana is Bananas!

With the entire country witnessing her progress and Dana gaining confidence in her market and clients, she ultimately got hired by Rayhan Medical complex where she further got to learn and do more. Starting from scratch, Dana was marketing, hiring, and after four months, found herself as Head of Business Development and Marketing with over 150 employees. She helped in opening and designing the Pharmacies, Nutrition Department, Meal Membership Program, and also Dermatology Services. Spearheading the marketing of the Complex, the launch was successful, with Dana wearing another badge of achievement!

Faith Consulting comes into being

When the entire world was collapsing and worrying about COVID, Dana was working on a new plan. Experiencing the pandemic so far from home like all of us expats, Dana felt like she needed to help people and also have a passive income – a business mind never stops working, you see! Faith Consulting connects people with psychologists all over the world.

When she saw the need for people to connect and actually obtain something worthwhile, Dana stepped up to the challenge and even spoke o Al Jazeera about her venture. The revenue quadrupled and Dana had finally struck the cord: she was making something useful for every person to utilize from and earning from it too!

In the search to expand and fund Faith Consulting, Dana recently shifted to Dubai. With the struggles she met as an entrepreneur here, she hopes to pave the way for like-minded people like herself as she progresses to the next step of her journey. Like we say, this inspiring story is absolutely bananas!

What do recruiters look for in job applicants in Qatar?

Why companies should invest in training their employees

How to find the best job for you